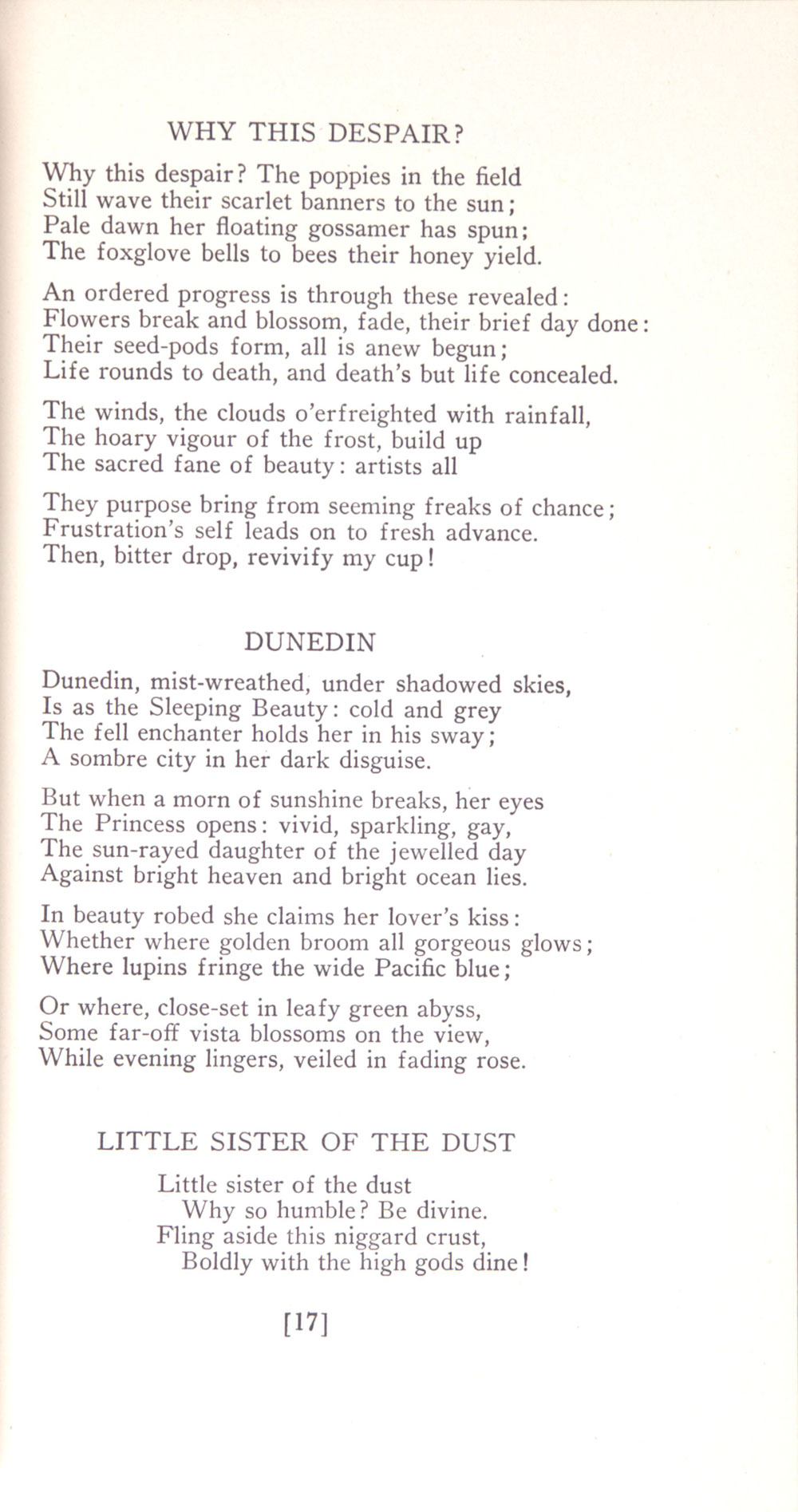 Lucy Eveline Smith was born into a pioneering family at ‘Greenfield’ estate in the Clutha Valley. Around the turn of the century, she came to Dunedin where she lived for the remainder of her life. Her first literary collection Poems was published in 1897 under the nom-de-plume ‘A New Zealander.’ She subsequently wrote under her own name and became a prolific poet over several decades. She died in Dunedin in 1958, aged 87 years. 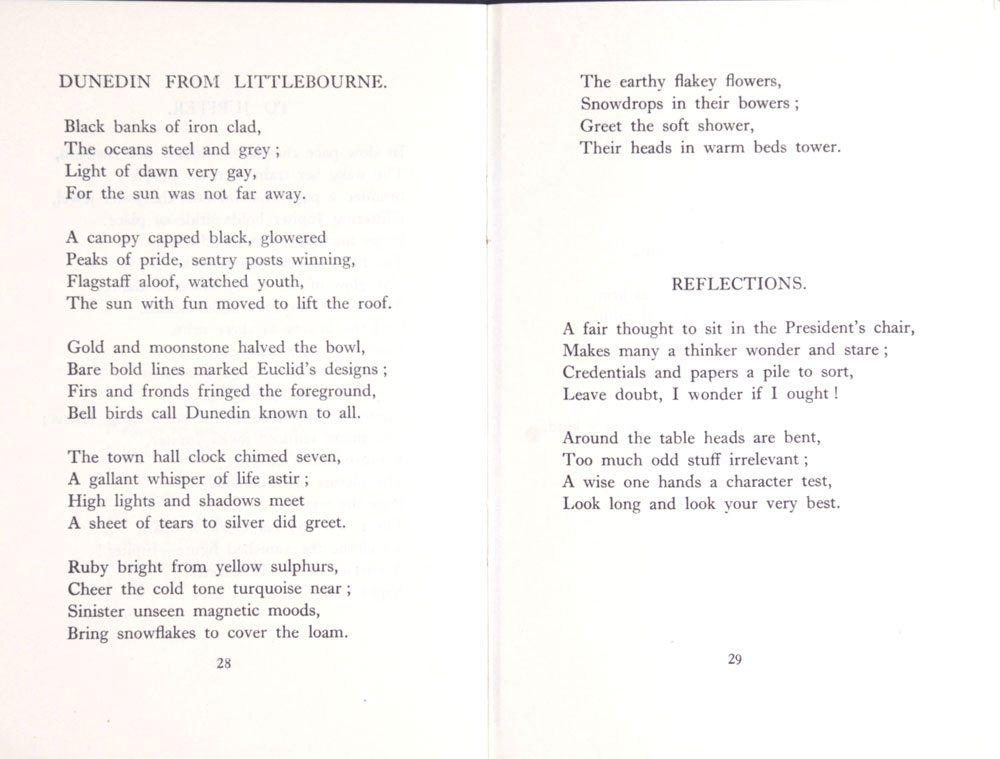 Ethel Corry McLaren (nee Aslin) was born into an English family in Tasmania in 1893. The Aslin family shifted to Dunedin during the early 1900s. Ethel married Richard McLaren in 1920 and lived in Littlebourne, Dunedin, until her death in 1979, aged 85 years. Her volume of verse Millbrook and other rhythms is dedicated to her friend the blind author Charles Richards Allen, and contains the poem ‘Dunedin from Littlebourne.’ 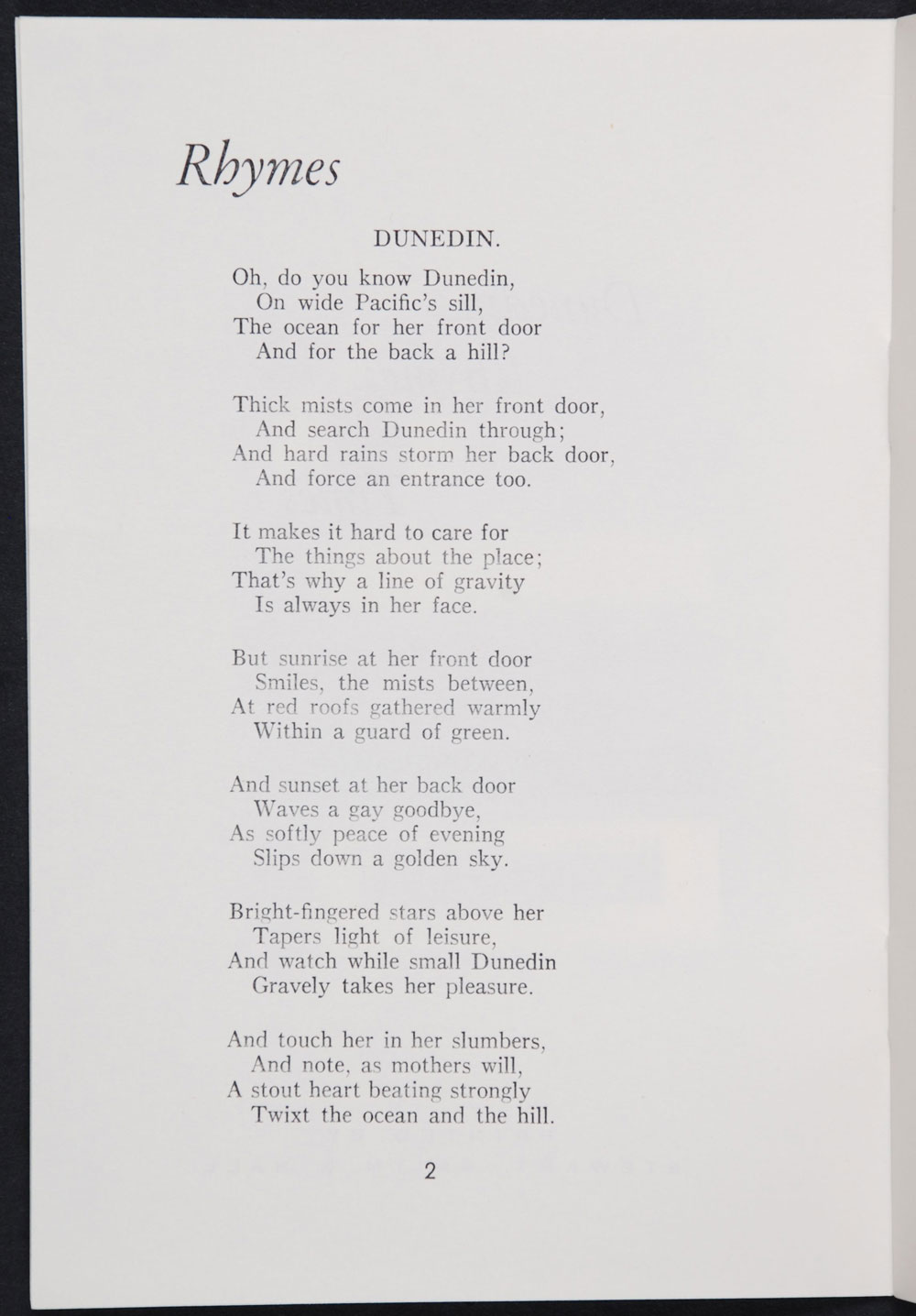 Martha Louise Pansy McLachlan was born in Picton in 1882 and subsequently shifted to Wakari, Dunedin. McLachlan was a colourful figure who, from the 1930s became interested in promoting peace. She joined the Christian Pacifist Society, and in later years, the Society of Friends (Quakers). She wrote many a letter to the Evening Star and Otago Daily Times on the subject of peace, and certain verses in Dunedin rhymes and times strongly reflect this interest. McLachlan was well known in Dunedin from 1936 to the late 1960s for sitting at a table in a shop doorway distributing peace literature. She died in Dunedin in 1971 at the age of 89.