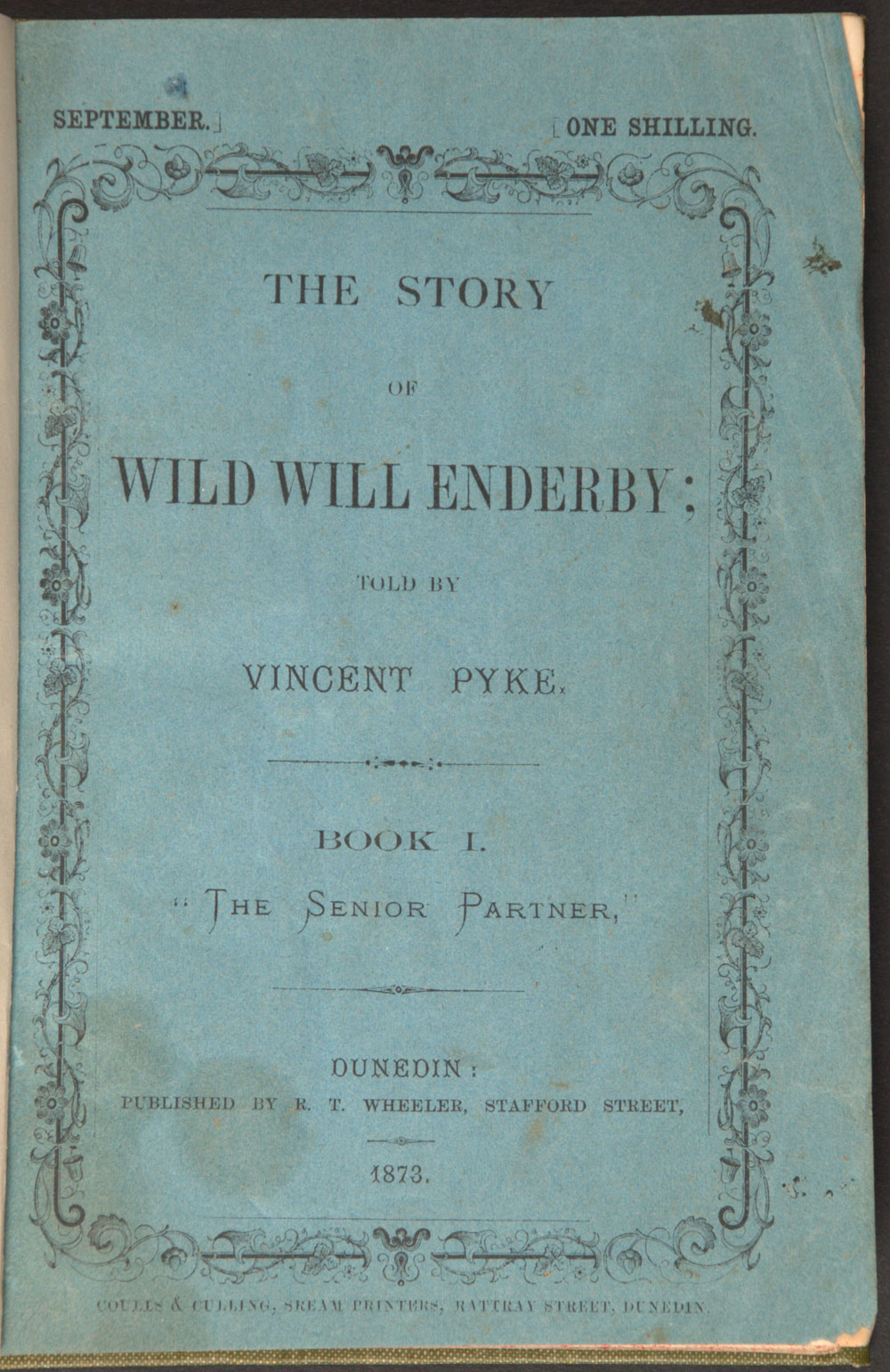 Vincent Pyke (1827-1894) was born in Somerset, England and in 1862 travelled via Victoria to Otago, where he worked as an administrator in the goldfields. He came to Dunedin in 1873 to follow a career in journalism, working on the Southern Mercury and Otago Guardian. He also engaged in a political career in Central Otago, where he was a sometimes divisive, staunchly independent, non-party figure. In 1883, he returned to live in Dunedin where he was a regular contributor to the Otago Witness. Pyke’s first novel The story of Wild Will Enderby was published in Dunedin in 1873. Set in the Otago goldfields, the novel is coloured by Pyke’s first-hand knowledge of the area and was popular with contemporaries. 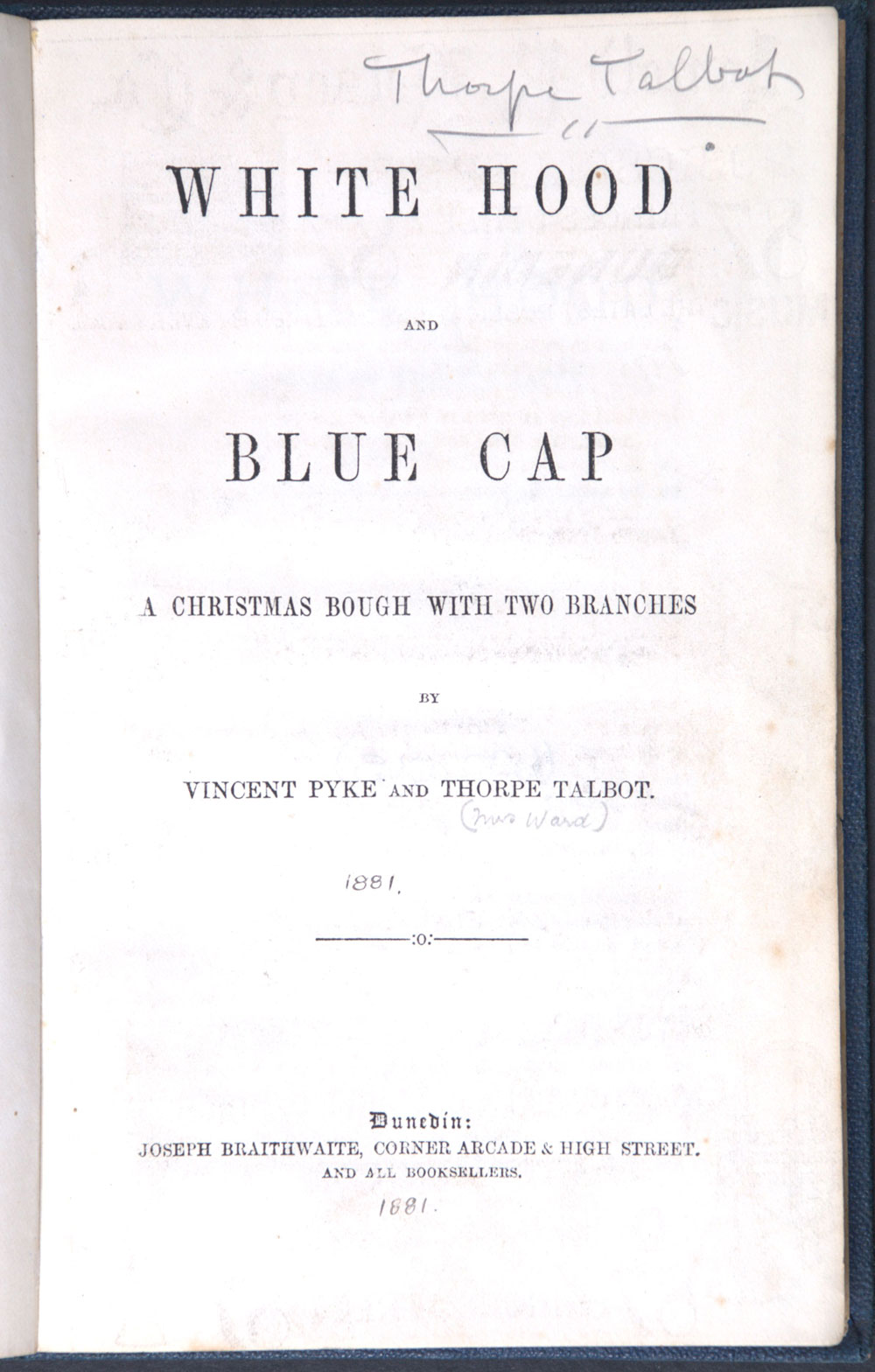 The second work by Pyke on display is White hood, a melodramatic short story about the intertwined fates of two Otago gold-miners, one faithful to his love, the other wayward. Pyke was also the writer of various non-fiction works, the most notable of which was History of the early gold discoveries in Otago (1887). He died at Lawrence and is buried in Dunedin’s Northern Cemetery. 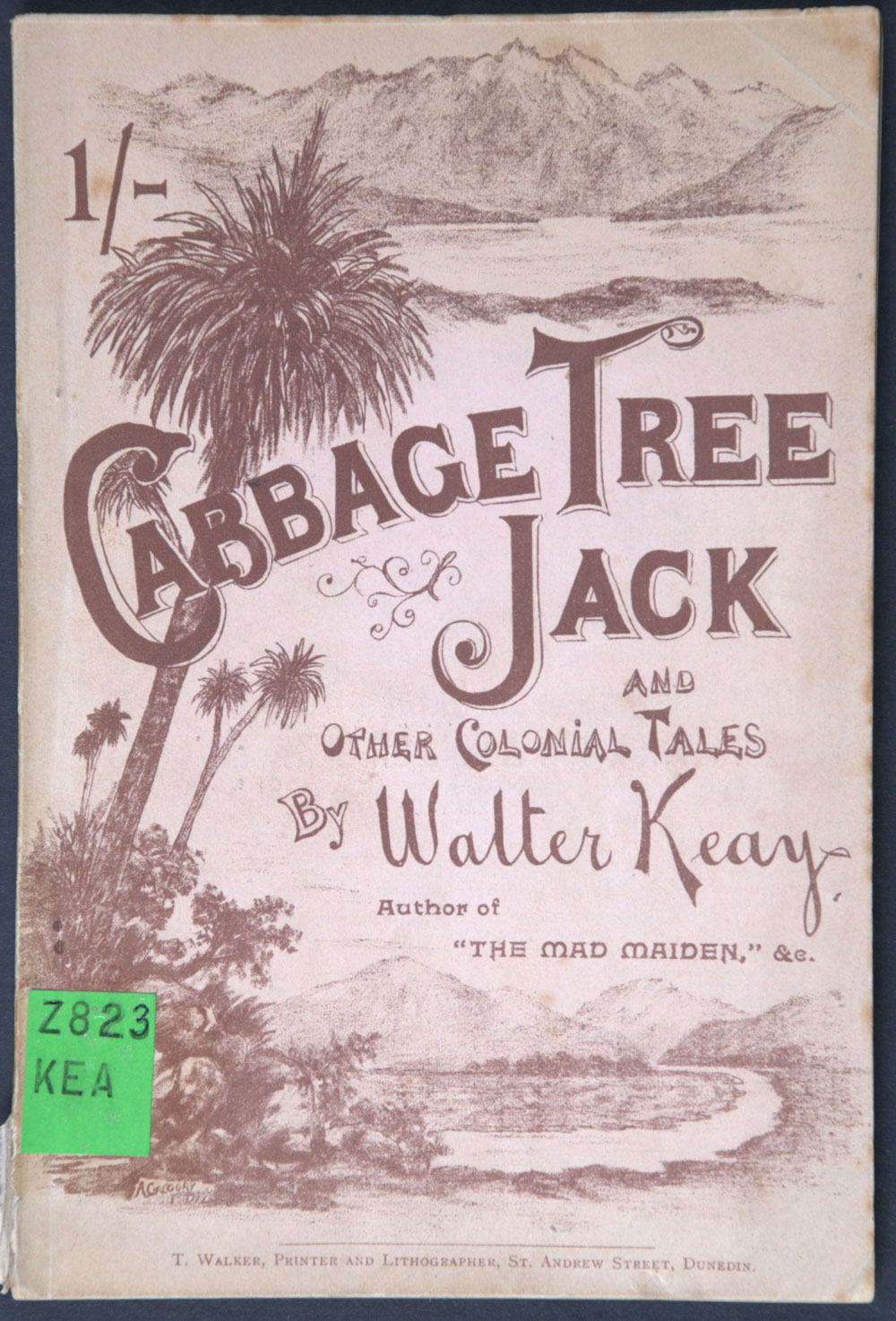 Walter Keay (1865?-1945) was born in Queenstown and worked for 60 years as a journalist. He began at the Cromwell Argus, before shifting to Dunedin, where he worked on the Evening Globe. While in Dunedin, he wrote Cabbage tree Jack and other colonial tales, a series of short stories often with Dunedin settings, including The shipping strike and When temptations assail. He subsequently had a diverse career in journalism in Central Otago and later in Wellington, where he became a recognised sporting writer.