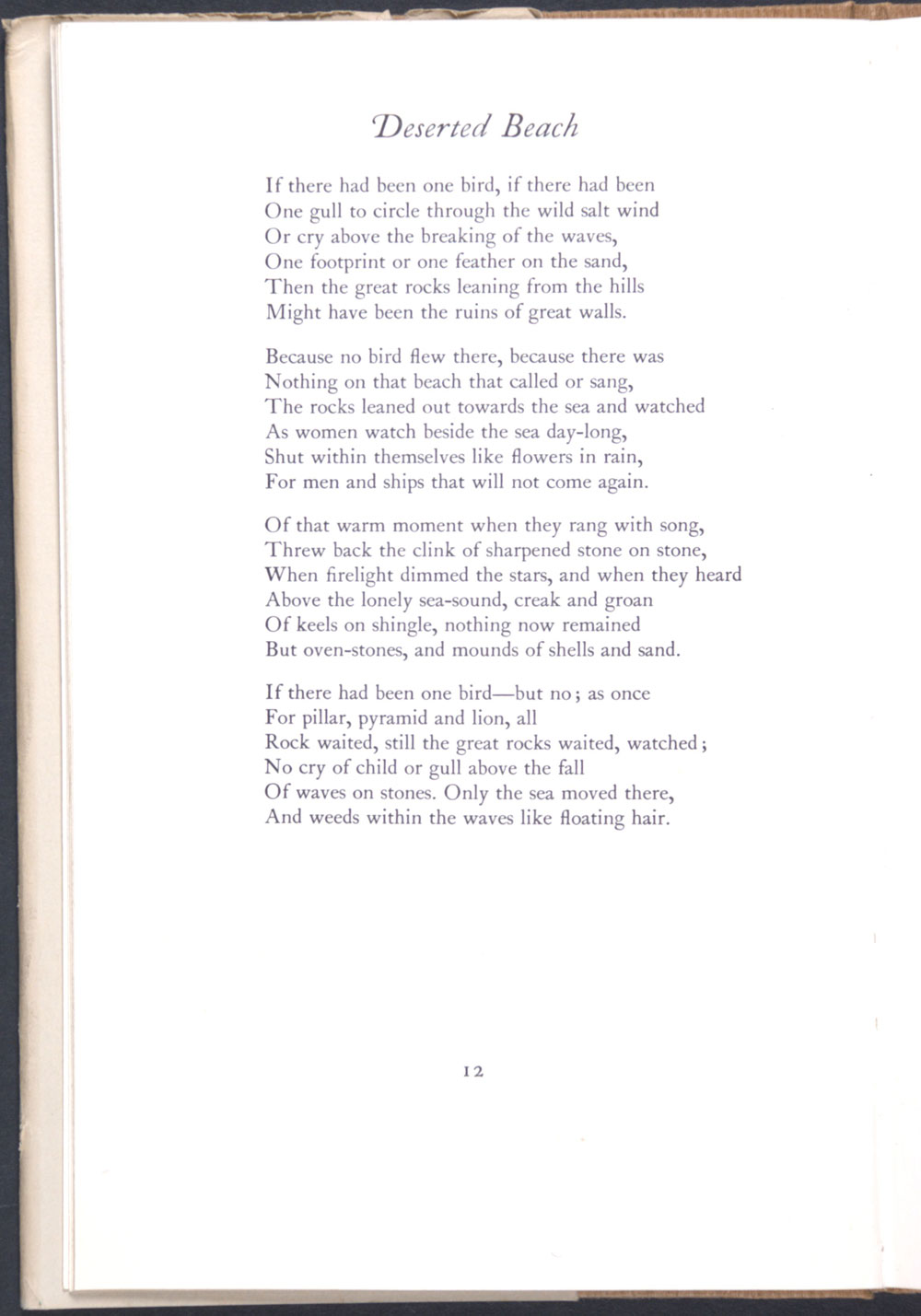 Ruth Dallas (1919-2008) was born in Invercargill but moved to Dunedin in 1954, motivated by a desire for more extensive library resources than those available in her home town. Settling in North-East Valley, Dallas was already established as a poet, having published her first collection Country road and other poems in 1953. ‘Deserted beach’ is a poem from this collection. 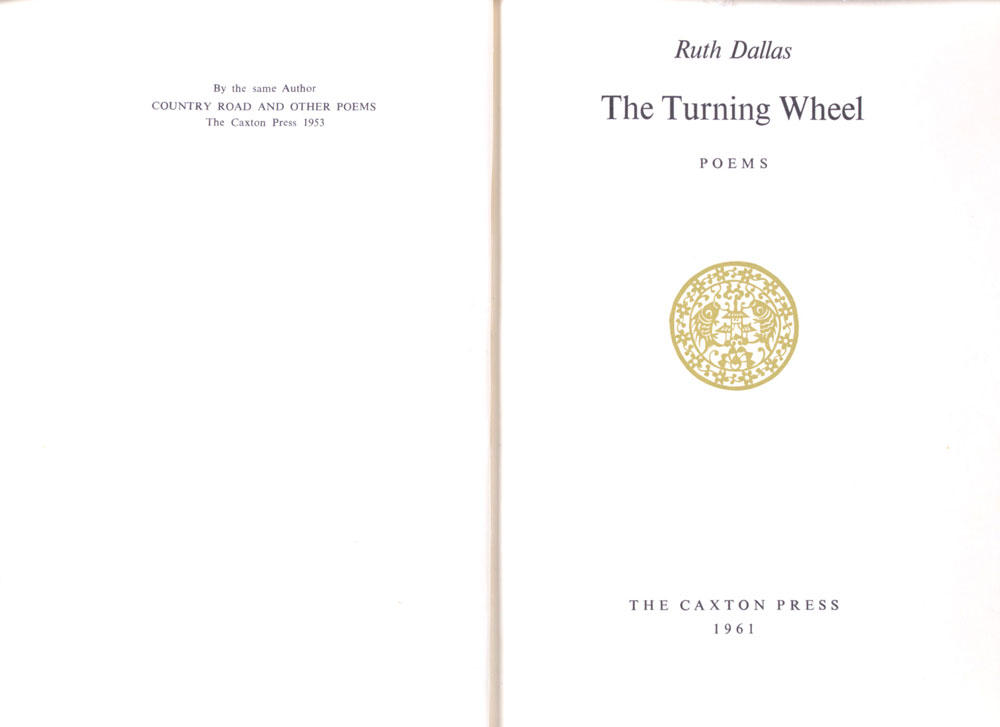 The early verse of Ruth Dallas is typically inspired by the landscape of the lower South Island, as well as her natural introversion and solitude - themes which are strongly apparent in her second collection The turning wheel (1961). 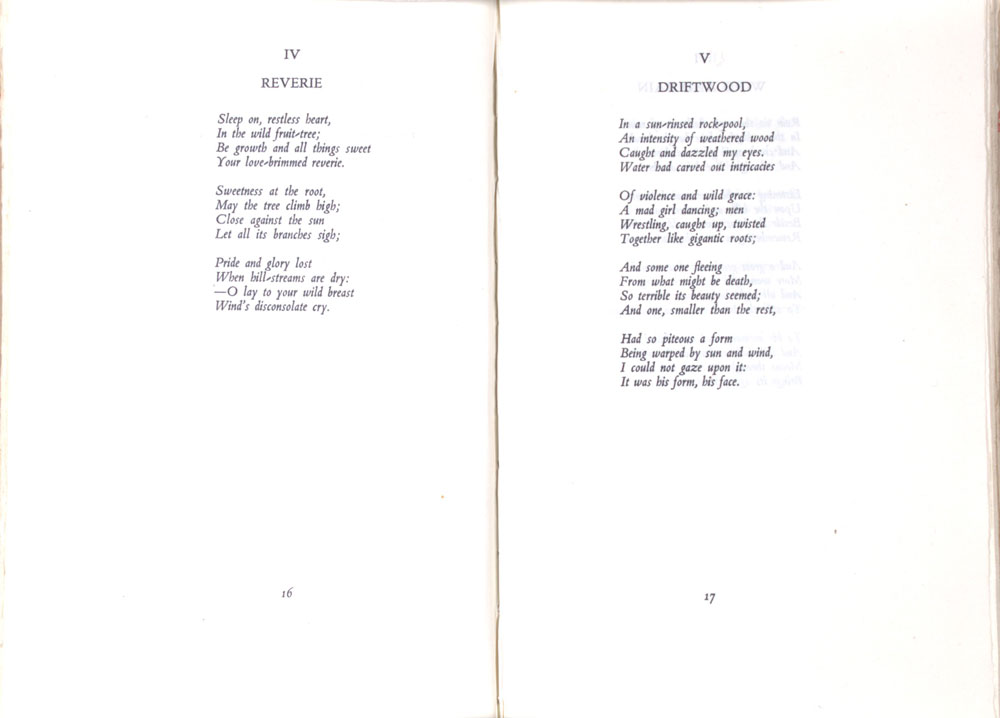 Alistair Te Ariki Campbell was born in 1925 on Tongareva in the Cook Islands, where he spent his early years. His mother was a Cook Islander and his father a third-generation New Zealander from Dunedin. In 1933, following the premature deaths of both parents Alistair was sent to cold, Depression-era Dunedin where he lived in an orphanage. He was sent to Otago Boys’ High School, where he excelled, despite English not being his first language. He enrolled at the University of Otago in 1943, before shifting to Wellington. “Reverie’ and ‘Driftwood’ are two poems from his first collection of verse Mine eyes dazzle. 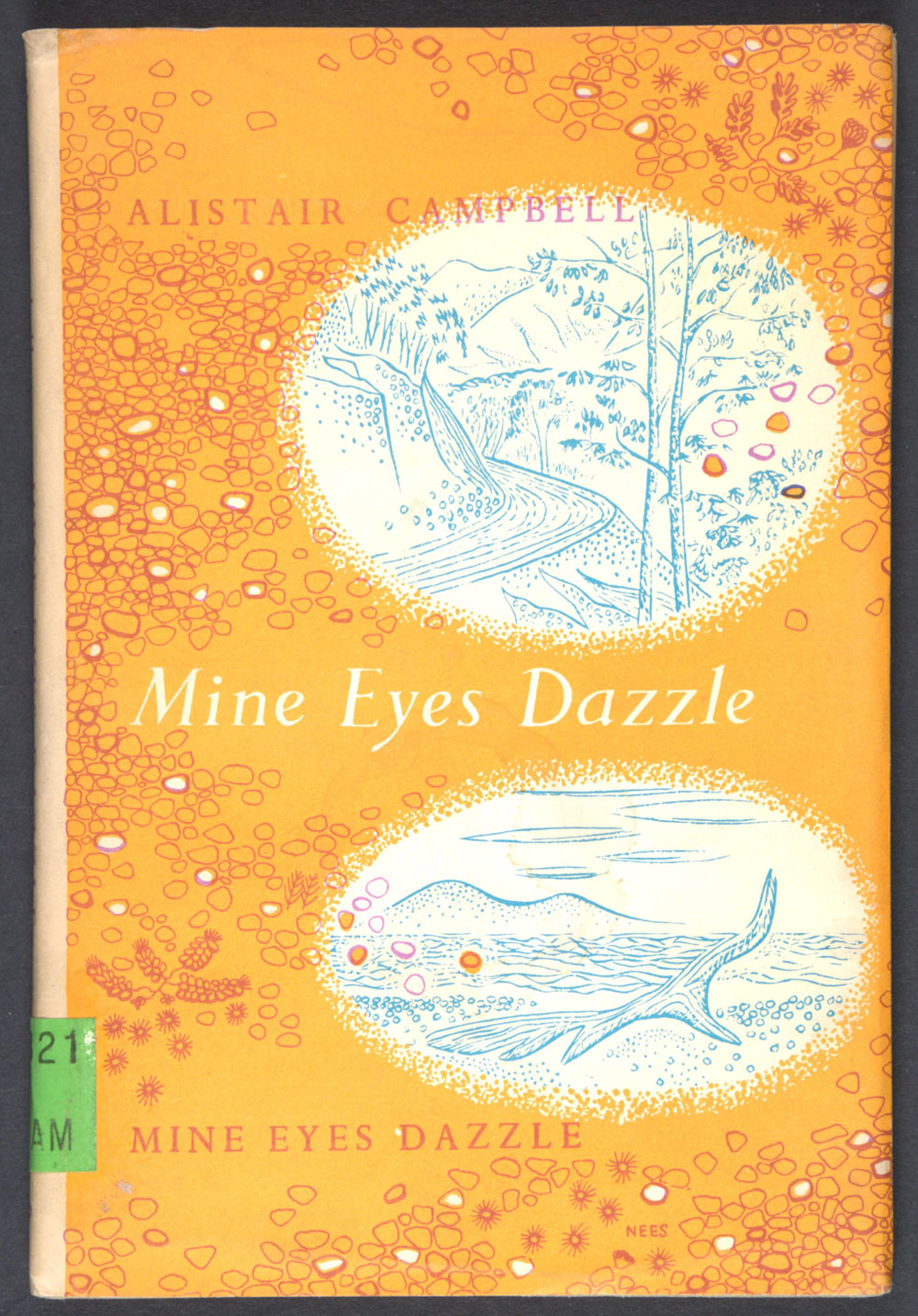 In Wellington Campbell published his first collection of verse Mine eyes dazzle, which was praised by James K. Baxter as “one of the defining events of recent New Zealand poetry.” This work reflected the darkness and melancholy that pervaded much of his poetry. During a long literary life he published more than 20 volumes of poetry, as well as novels and plays.