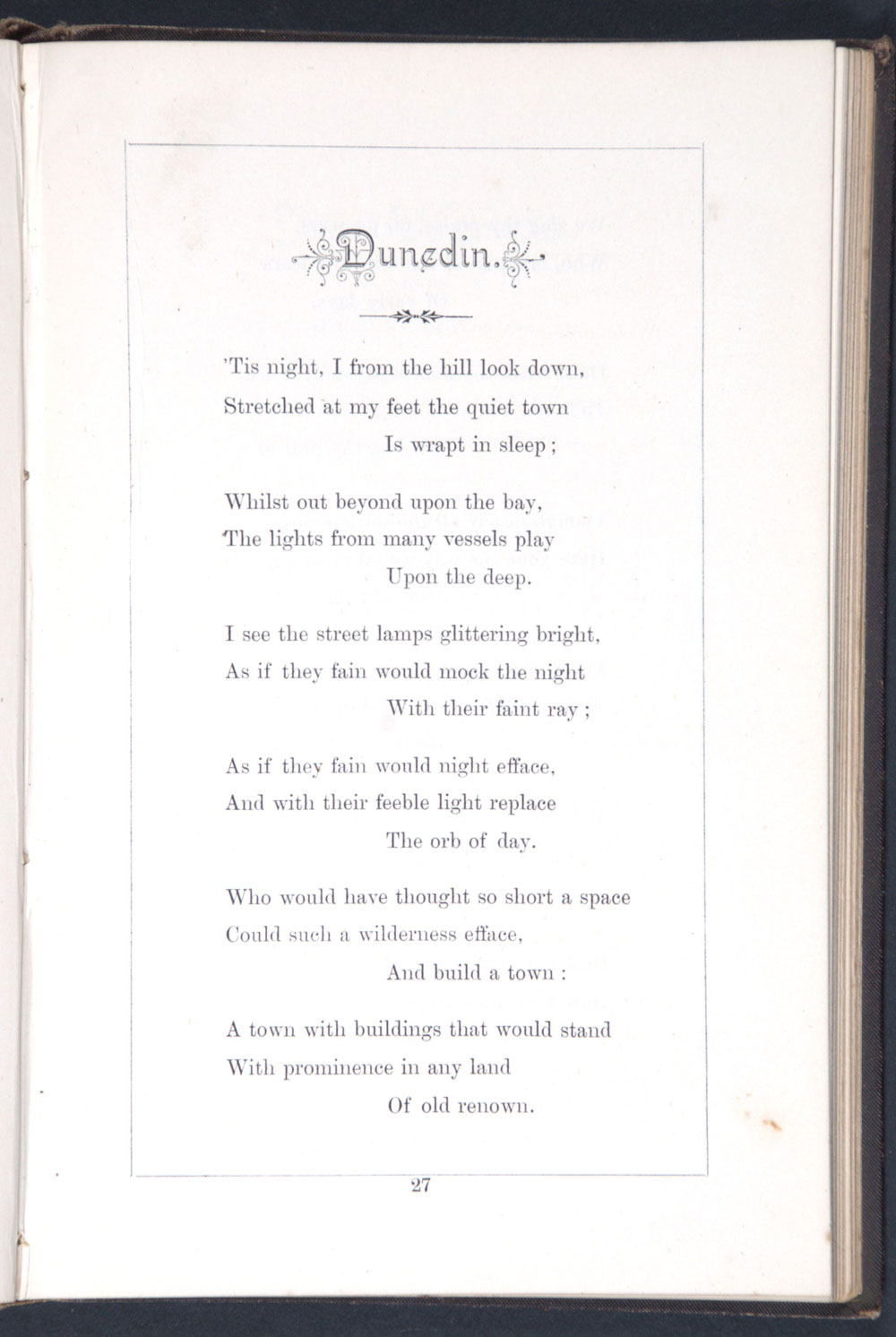 Frederick Felix McCarthy was born in Victoria, Australia in 1858. His family came to Dunedin in 1861. A draper by trade, Felix lived for most of his life in Dunedin. He died in Dunedin in 1907, aged 48 years, and is buried in Anderson’s Bay Cemetery. His sole volume of poetry was published in Dunedin in 1886. 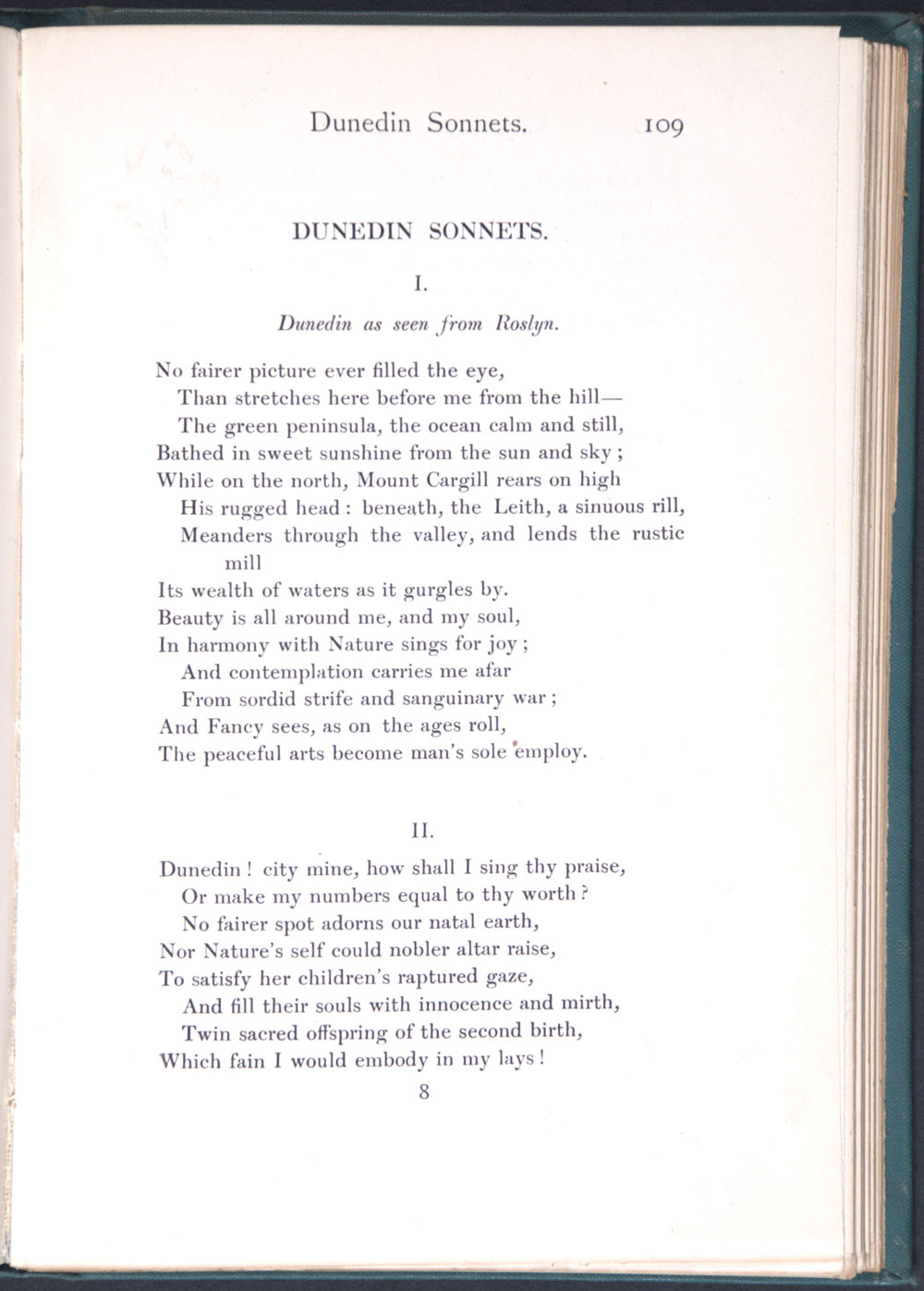 Born in Edinburgh in 1841, William MacStravick Stenhouse came to Dunedin in 1876 and settled here for the remainder of his life. He wrote Lays from Maoriland (1908), which was published in Scotland. In Dunedin he practiced as an ophthalmologist and published Our eyes and how to use them (1889). He worked as a Lecturer on Clinical Medicine and Honorary Visiting Physician at Dunedin Hospital, and Medical Officer for the Otago Benevolent Institution. He was also President of the Dunedin Burns Club. He died in 1923. 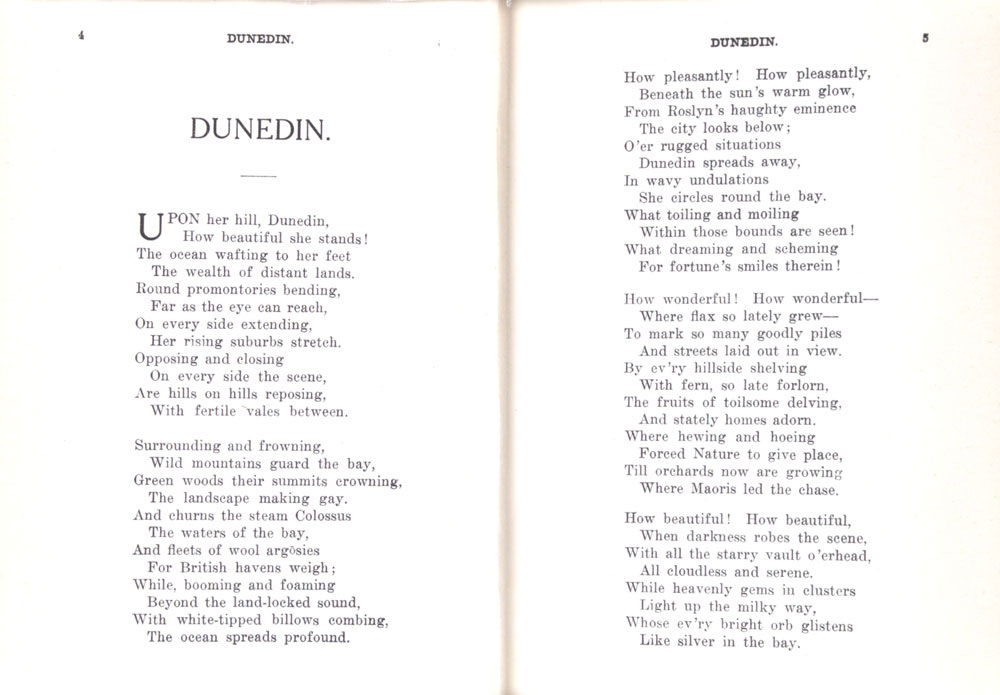 Dugald Ferguson was born in Scotland and came to Otago via Australia about 1870. He wrote six collections of poetry which were extremely popular in the late nineteenth and early twentieth centuries, especially in Otago. First published in 1883, Castle Gay and other poems was his second collection. His poetry is typically Scots-nostalgic, although Otago and Dunedin settings are frequent. In later life he became a bookseller at Tapanui. He was awaiting a place at Ross Home when he died at Caversham, Dunedin in 1920.