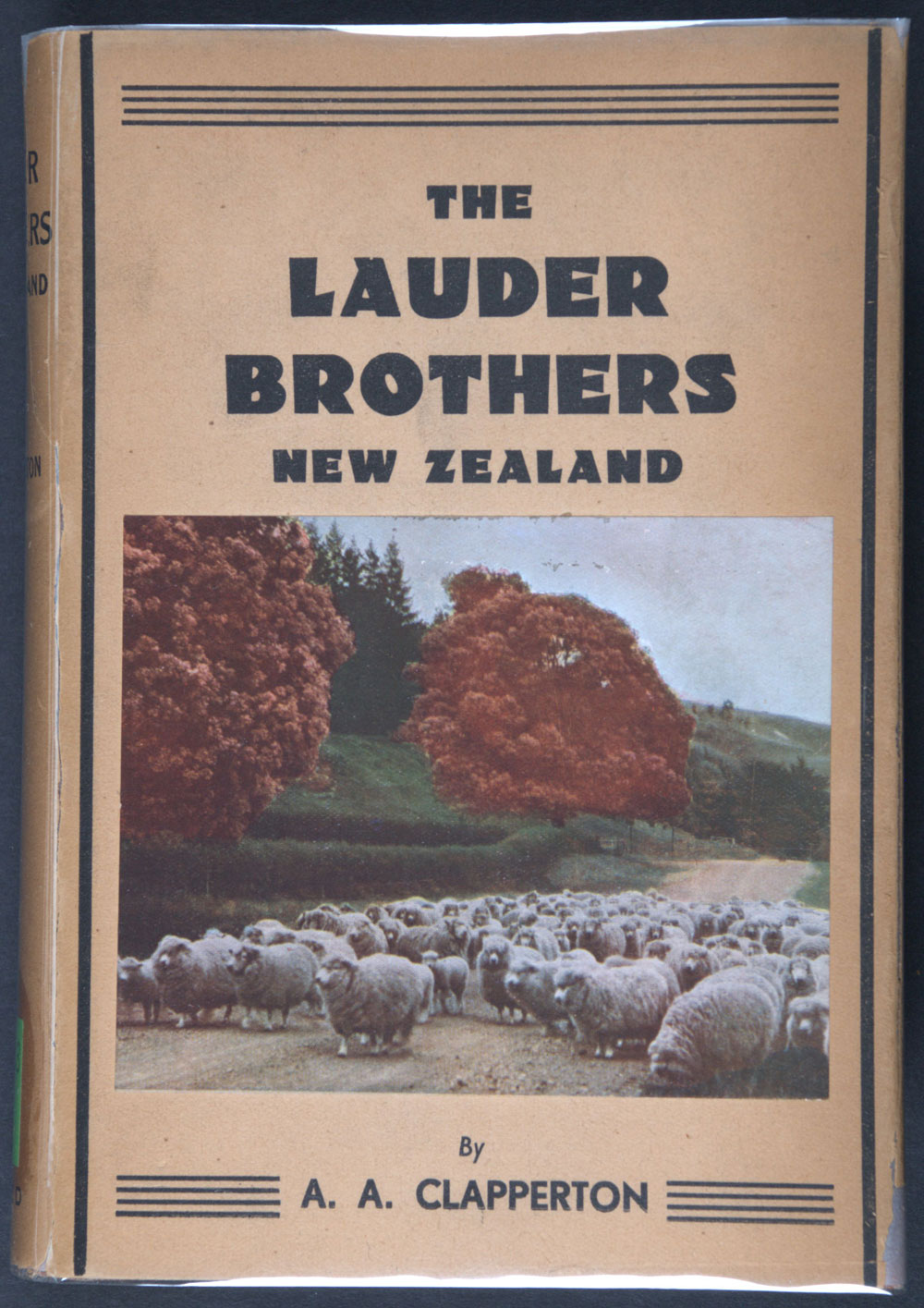 The enigmatically titled novel The Lauder brothers, New Zealand by Annie Ada Clapperton (1864?-1939) is described by Bagnall as a “novel of pioneering experiences.” Set chiefly on a farm in Southland, the story shifts to Dunedin and Queenstown. It is the tale of two young sheep farmers whose pioneering travails include a disastrous flood, a sheep-stealing mystery, and carrying out the egregious provisions of a will. Annie was married to a Mr. Frank Ernest Clapperton and lived in Caversham, and later Dunedin’s city rise, where she died in 1939, aged 75. 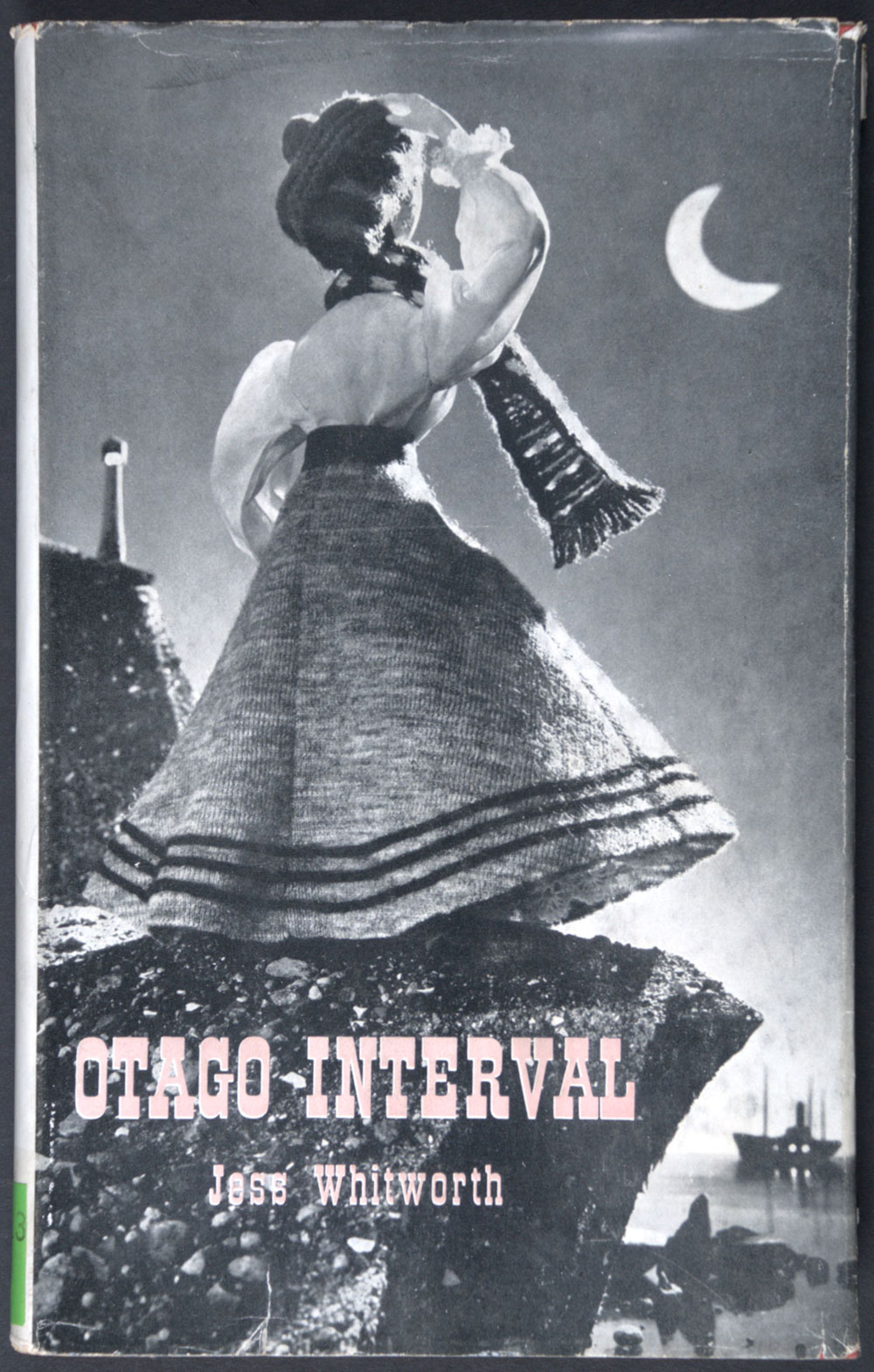 Jess Whitworth (born Jessie Barclay in 1884) was the author of Otago interval, the prize-winning novel in a competition arranged by the Progressive Publishing society in 1945. The work substantially constitutes the fictionalised childhood and youth recollections of the author in Dunedin and Lawrence during the 1890s-1900s. It proved popular as a nostalgic recollection amongst readers who could remember those times.

Whitworth had many literary connections and was a close friend of Janet Frame. In 1908 in Dunedin, she married the author and founding editor of the Listener, Oliver Duff, but they divorced in 1937. Whitworth was the grandmother of celebrated New Zealand novelist Alan Duff. 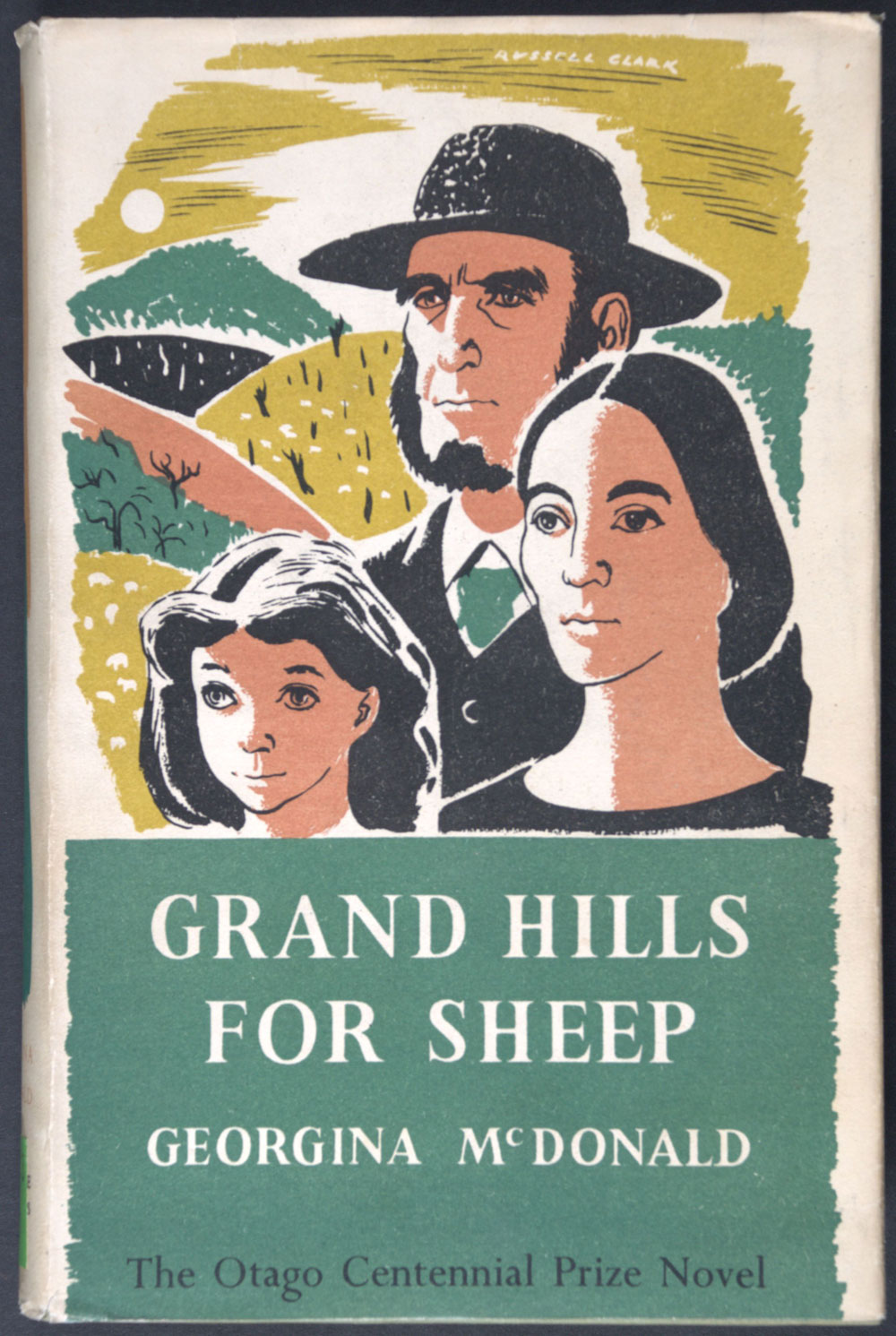 Georgina McDonald’s Grand hills for sheep was the prize-winning novel in the Otago Daily Times Centennial Fiction Contest of 1948. Georgina carried out research for her winning novel in the Otago Daily Times library, the New Zealand Room at Dunedin Public Library, and at Invercargill Public Library. The story follows the fortunes over forty years of Scottish pioneer families who settle in Otago in the very early days of colonisation. Born at Moneymore, near Milton, Georgina attended Otago Girls’ High School, where she was Dux, and graduated with an MA from the University of Otago. She died in 1959, aged 53