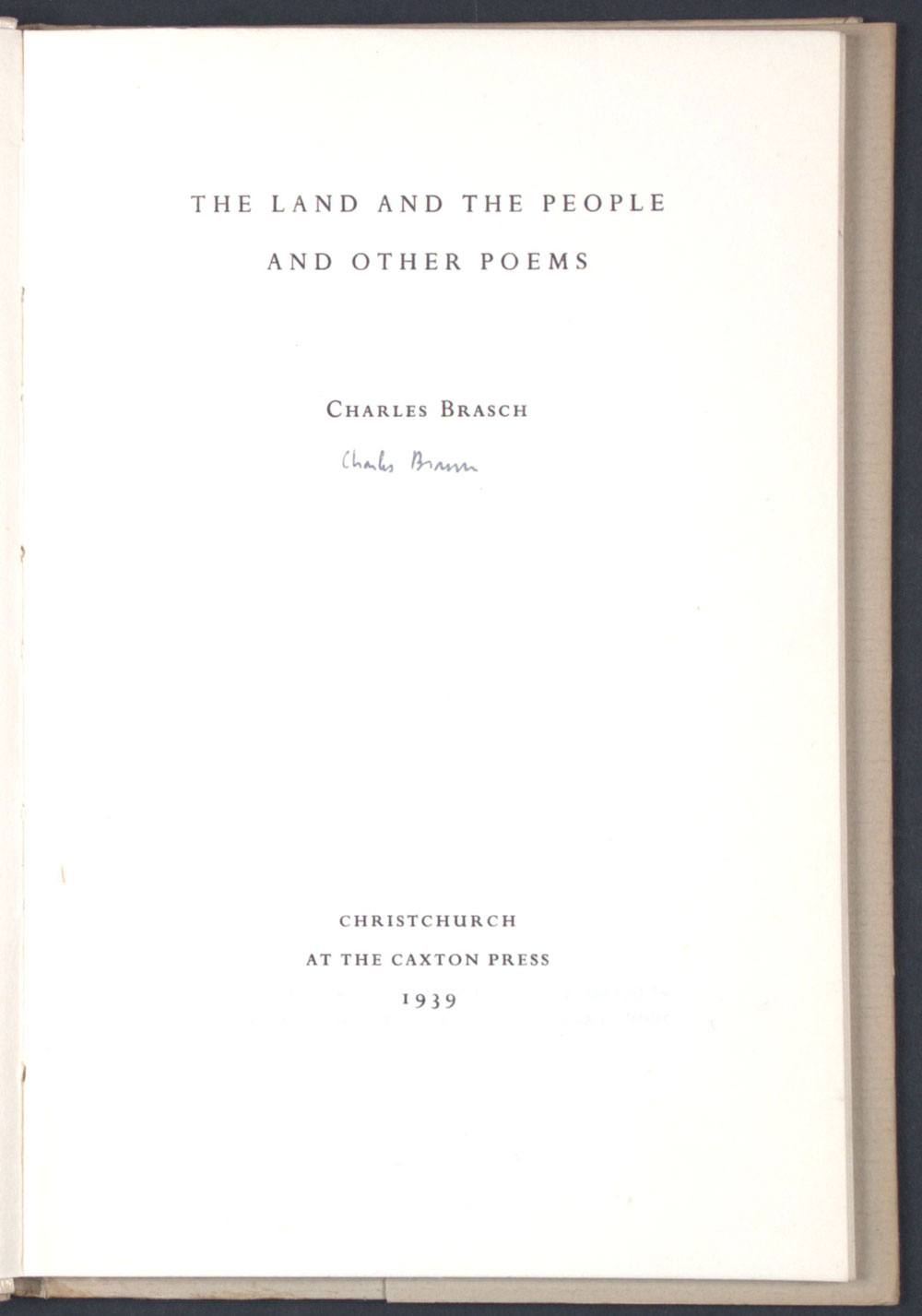 Charles Brasch. The land and the people and other poems. Christchurch: Caxton Press, 1939.

Charles Orwell Brasch was born in Dunedin in 1909 into a close circle of wealthy and cultured German-Jewish families who came to New Zealand in the later part of the nineteenth century. Published in 1939, his first collection of poems The land and the people reflected his divided loyalties between England and New Zealand.

Charles Brasch. The land and the people and other poems. Christchurch: Caxton Press, 1939.
Open image in new window 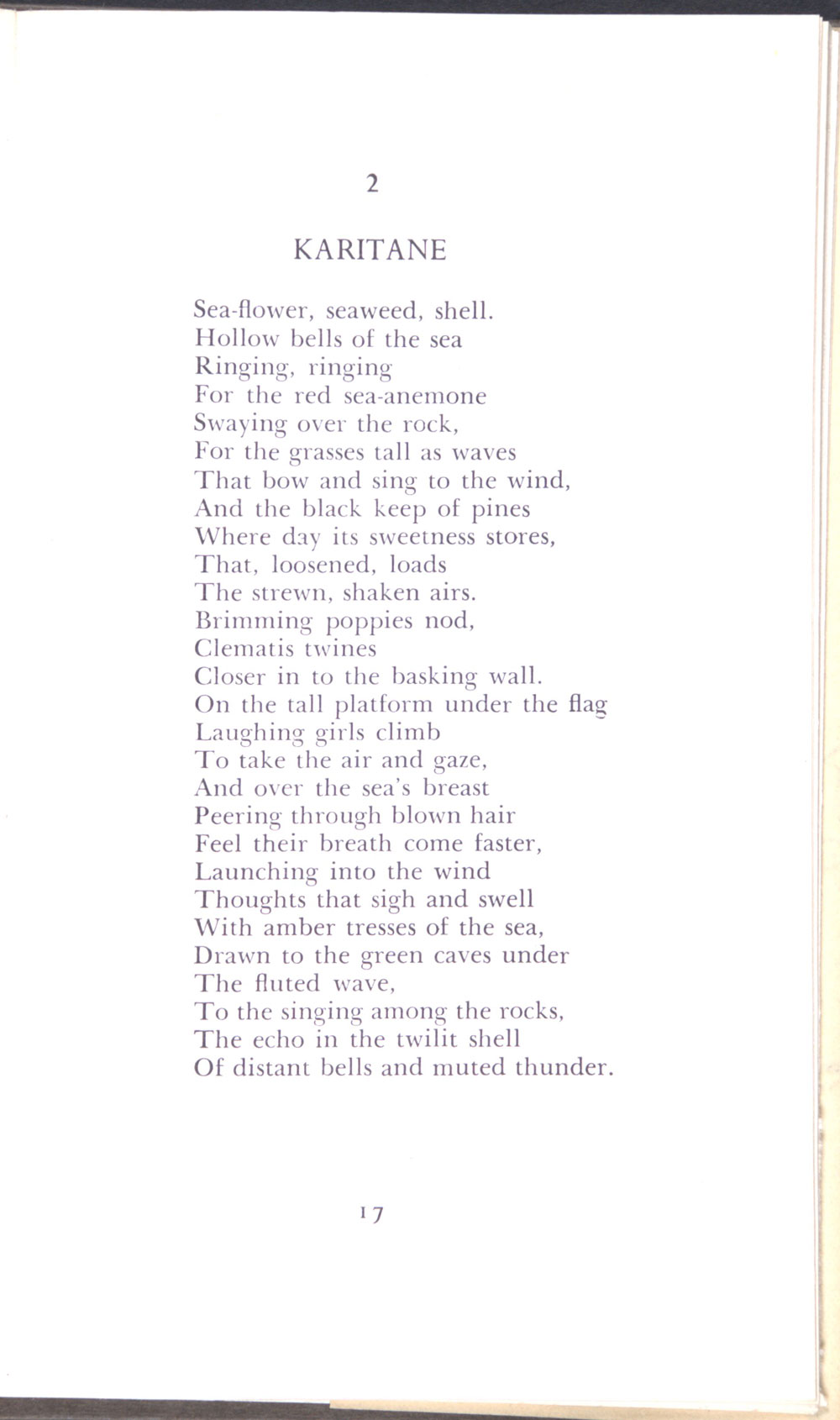 Charles Brasch’s poems of the war years were published in his second volume Disputed ground.  This collection features the poem ‘Karitane.’ 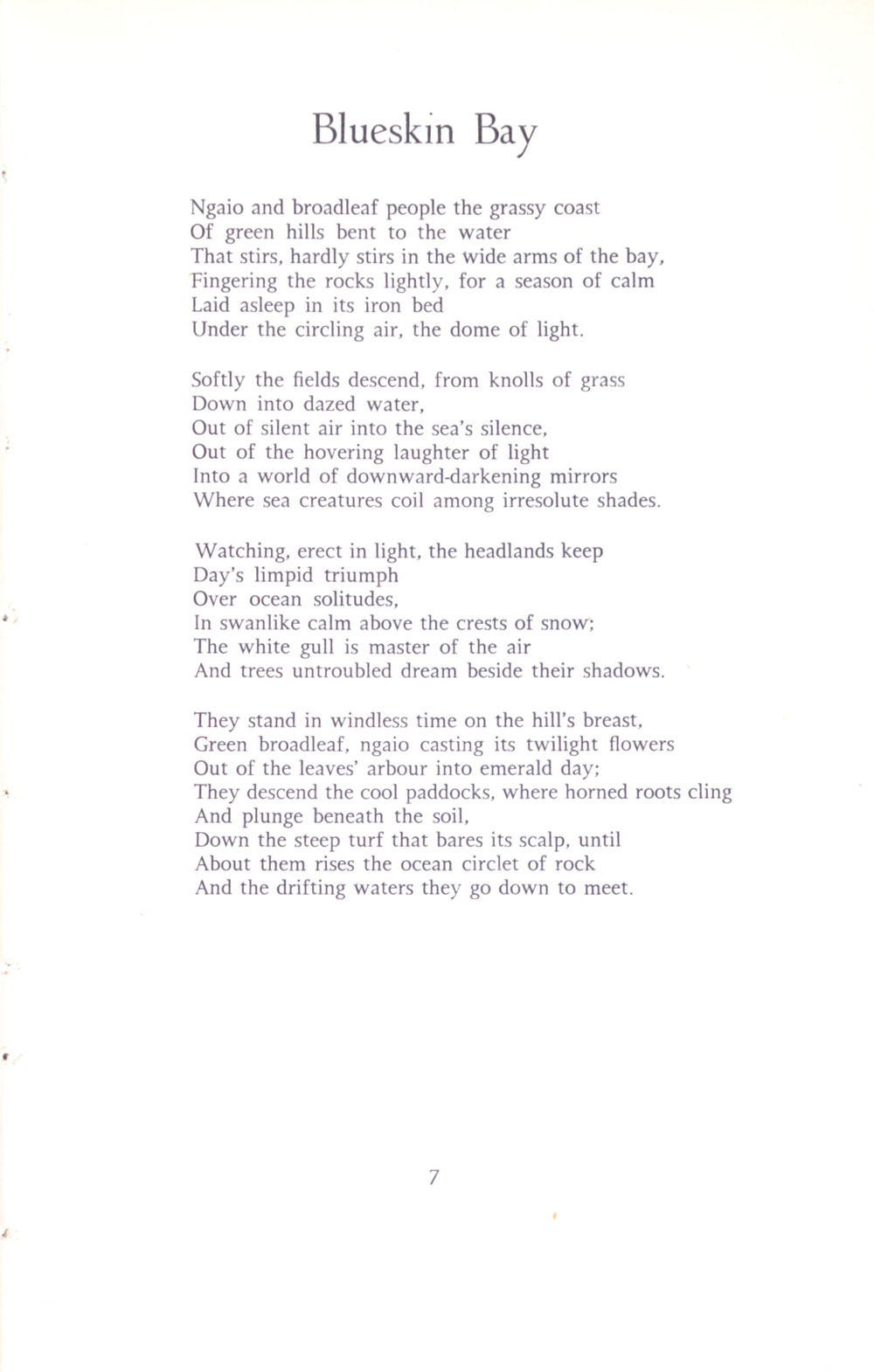 Charles Brasch. The estate and other poems. Christchurch: Caxton Press, 1957.

Brasch’s third poetry collection The estate reveals his desire to rediscover his home country. It features the poem ‘Blueskin Bay.’ 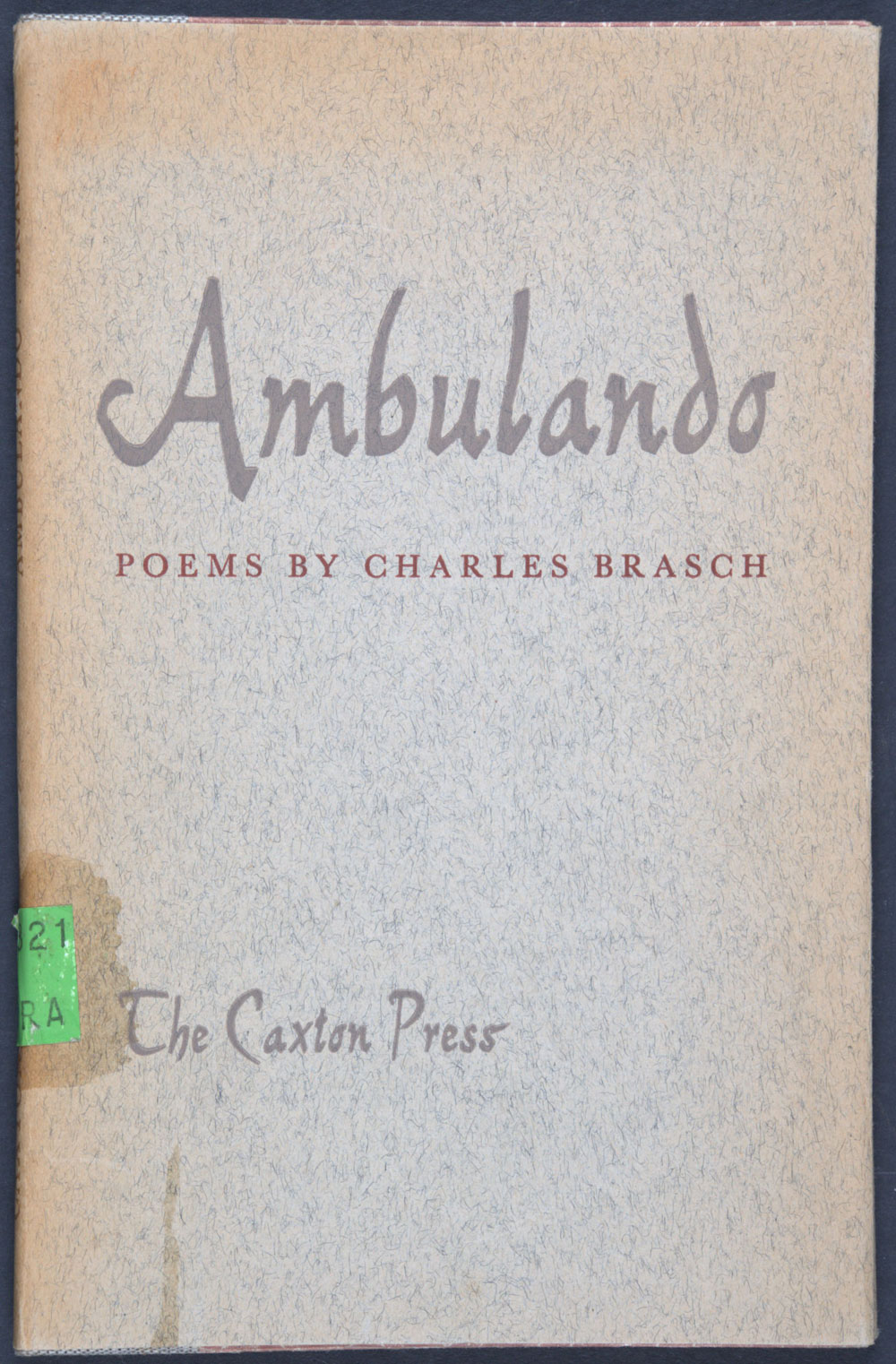