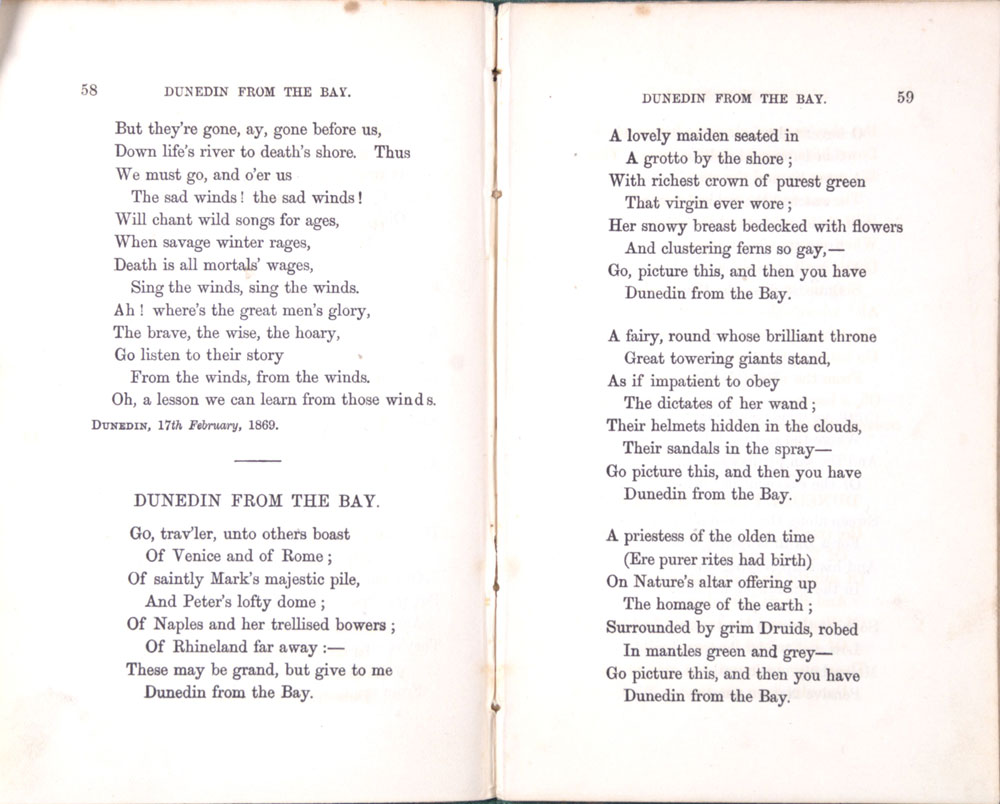 Thomas Bracken. Behind the Tomb and other poems. Melbourne: Clarson, Massina and Co., 1871.

Thomas Bracken was born in Ireland in 1841 and came to Dunedin via Victoria in 1869. After his arrival, Bracken continued his verse writing which he had begun in Victoria. He published five collections of verse, beginning with Behind the Tomb (1871). The poem ‘Dunedin from the Bay’ reflects his genuine pride in his new homeland.

Thomas Bracken. Behind the Tomb and other poems. Melbourne: Clarson, Massina and Co., 1871.
Open image in new window 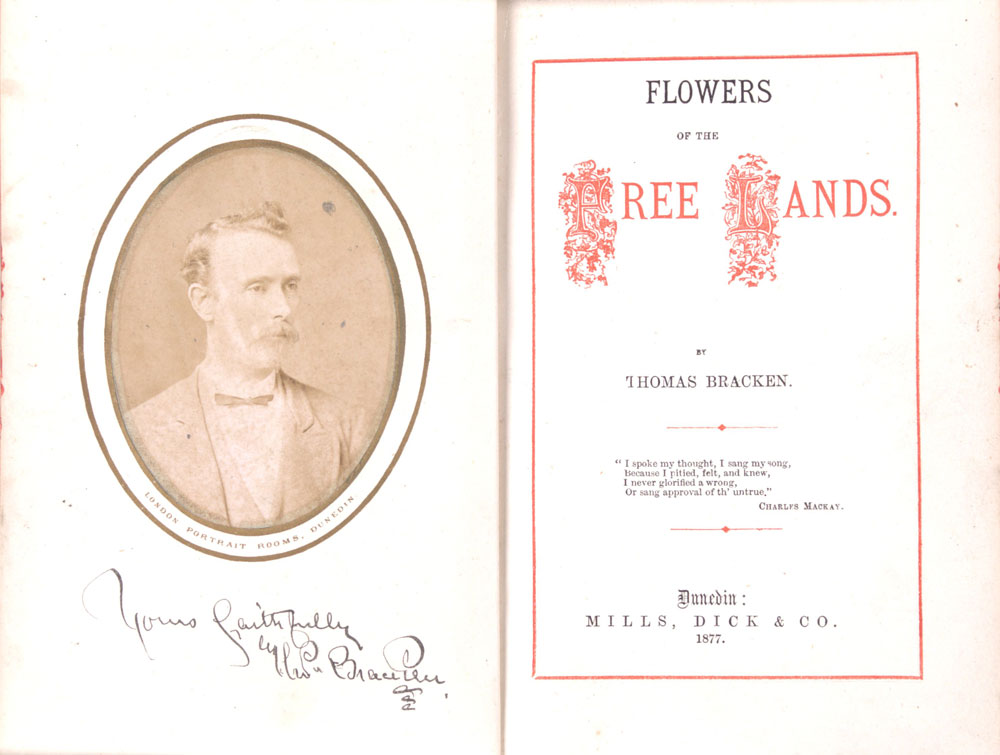 Bracken’s second collection of verse was Flowers of the free lands (1877). Through his simple rhymes and rhythms, Bracken contributed to satisfying a national wish that an indigenous literature of some value might be emerging as the colony approached its fiftieth year. 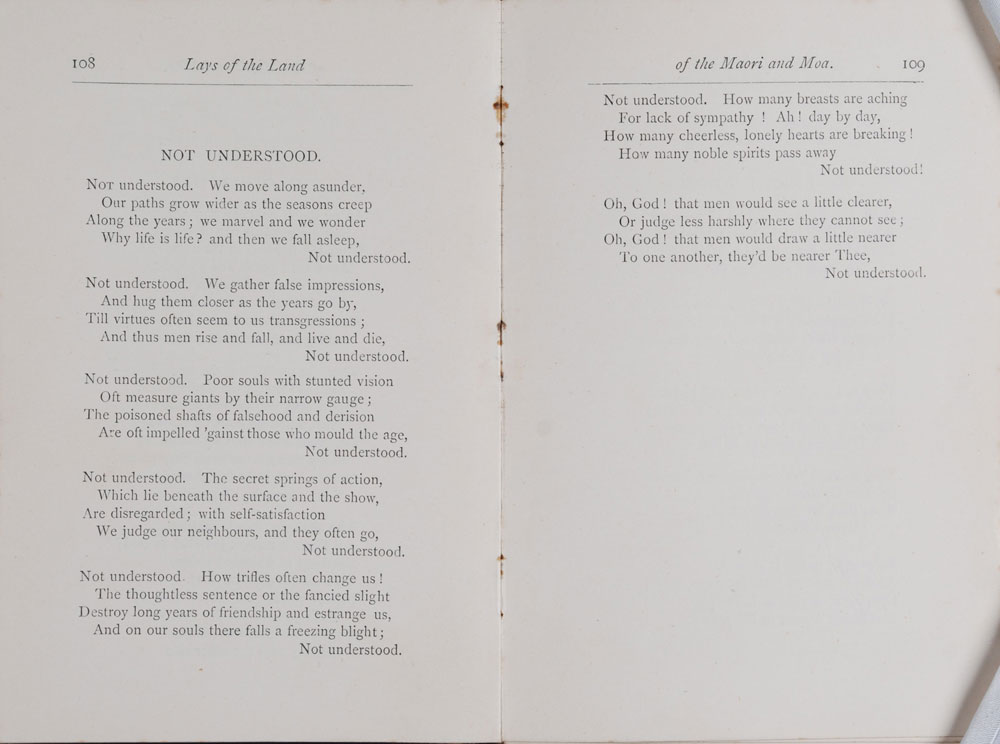 Bracken’s earlier collections of verse were followed by a more ambitious volume, Lays of the land of the Maori and moa (1884). The poem ‘Not understood’ continued to be widely read and reprinted well into the twentieth century. 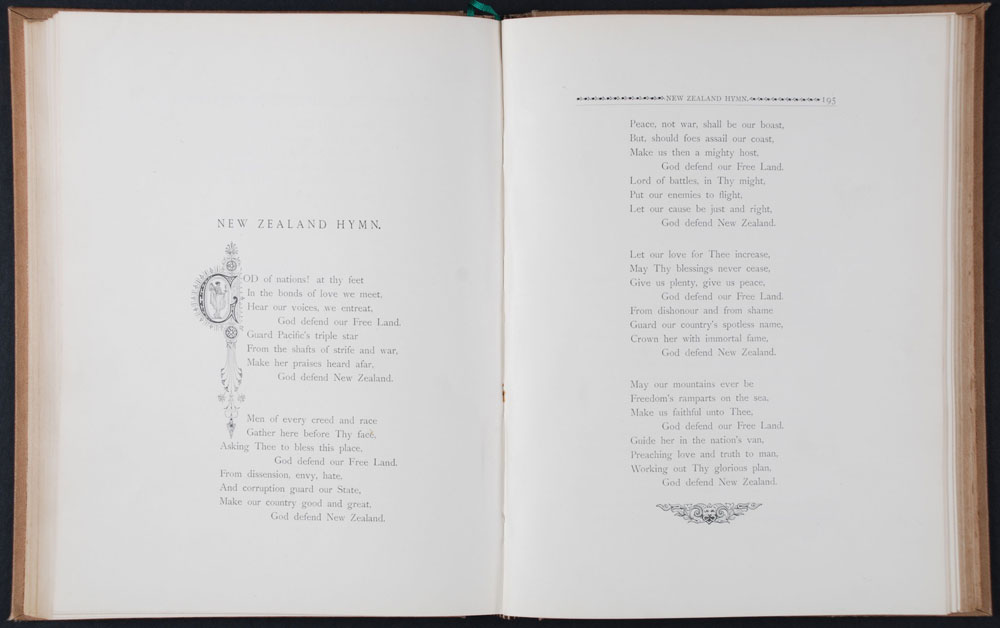 Another ambitious collection of verse Musings in Maoriland was published in 1890. Bracken’s verse received high praise during his lifetime and into the early twentieth century. He is best remembered today for the poem ‘God defend New Zealand’, which, set to music by J.J. Woods of Lawrence, was to become New Zealand’s national anthem.