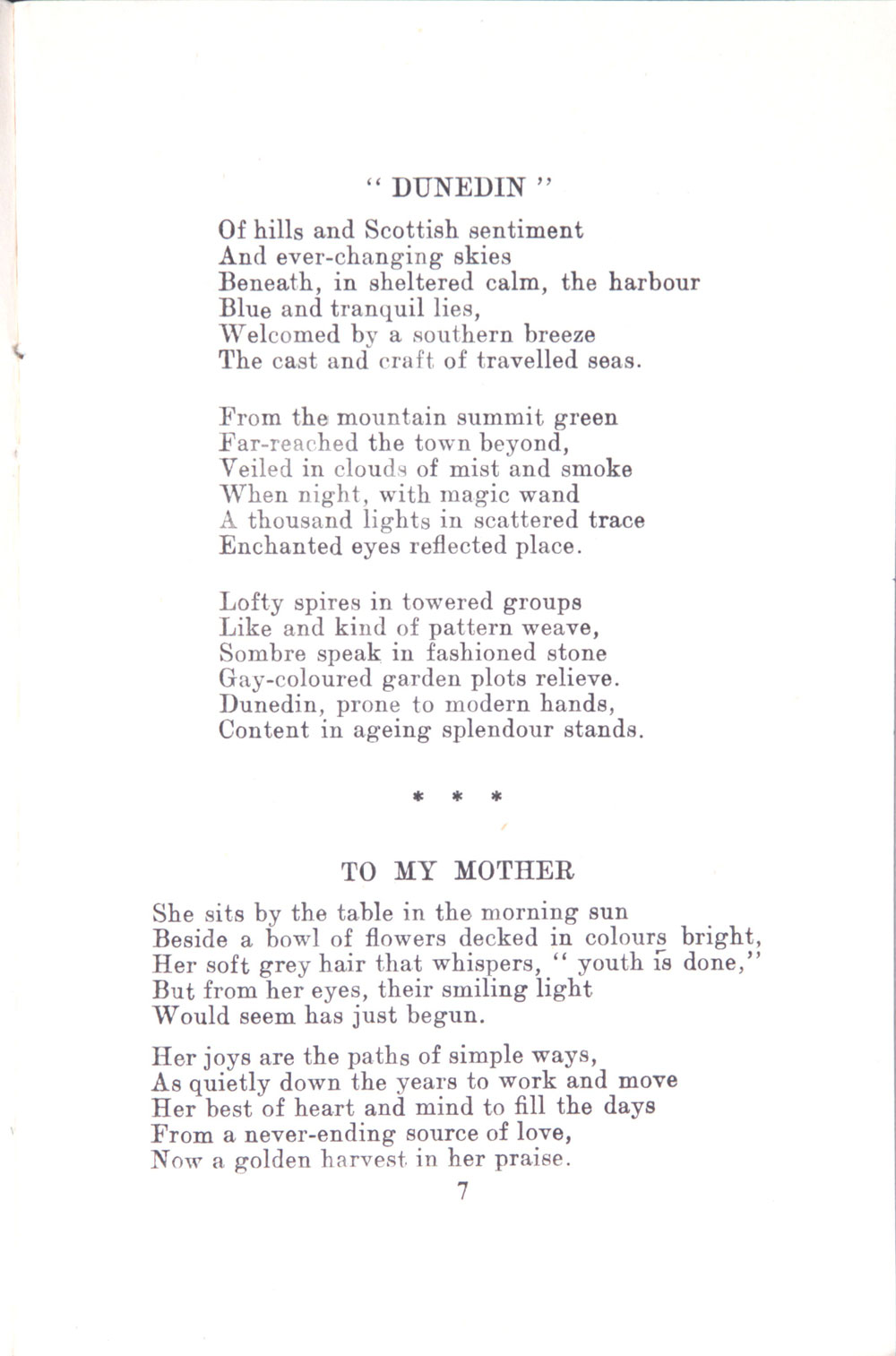 Published in Devonshire, Kathleen Butler’s collection of verse focuses on nature and the seasons and contains many a familiar Dunedin theme, including ‘Dunedin’, ‘Grey day in Dunedin’ and ‘Snow in May.’ 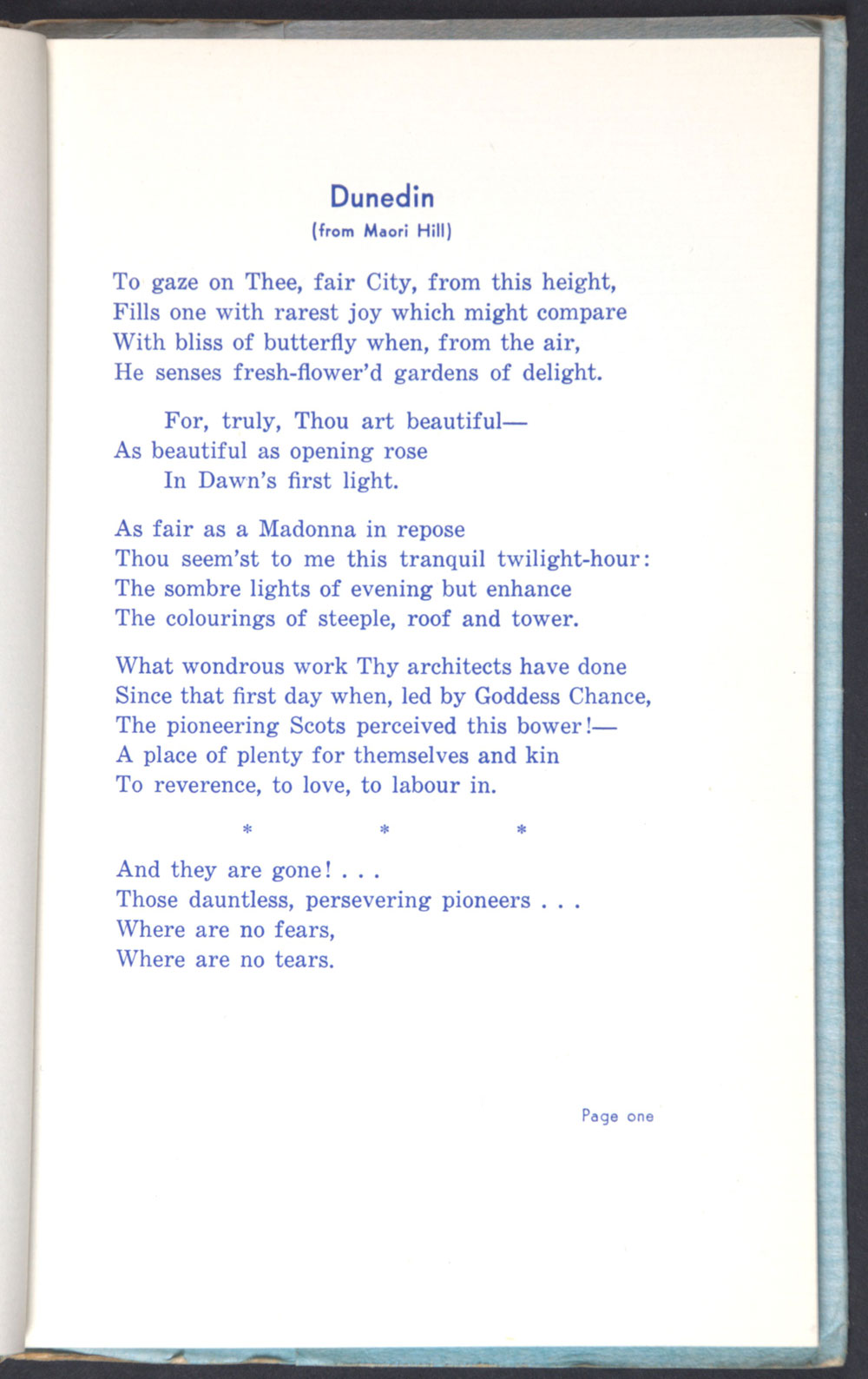 Samuel Hulme Bridgford (1888-1936) was born in Bolton, Lancashire, and came to New Zealand around 1927. His sole volume of poetry contains the poem ‘Dunedin from Maori Hill’ and several others verses with an Otago setting. A Mary Webb disciple, his verse typically ponders on the wonders of nature, accompanied by religious feeling. His death after a long illness occurred around the time of publication. 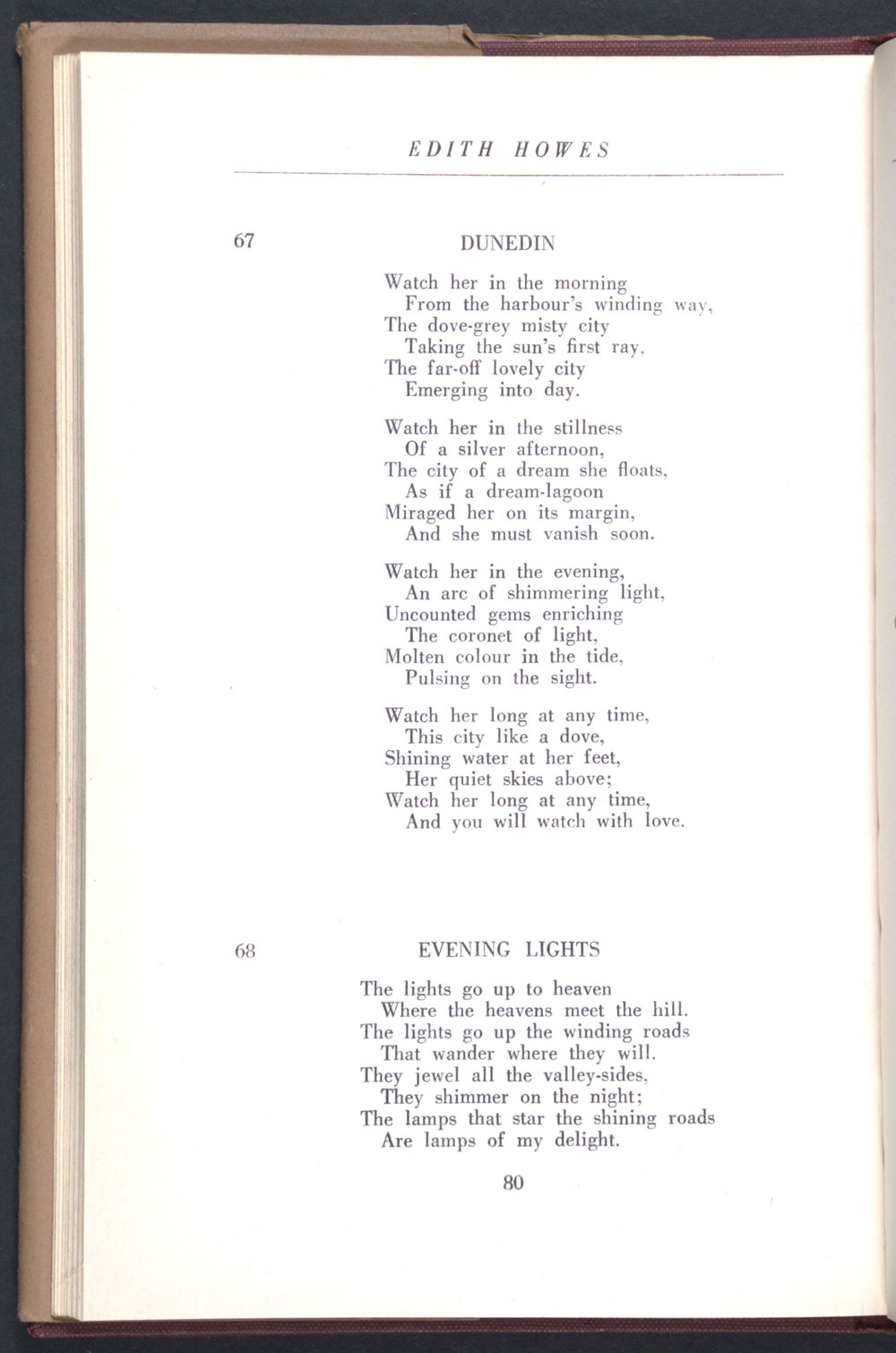 Edith Howes was born in London but educated in New Zealand, where she became an infant school teacher, notably at Gore School. With great fondness for the natural world and a profound empathy for children, she became a prolific author of children’s stories, writing thirty works including Fairy rings (1911) and The cradle ship (1916). Howes settled in Dunedin for some time before shifting to Christchurch to care for her elderly mother. In 1941, she returned to Dunedin where she lived until her death in 1954.