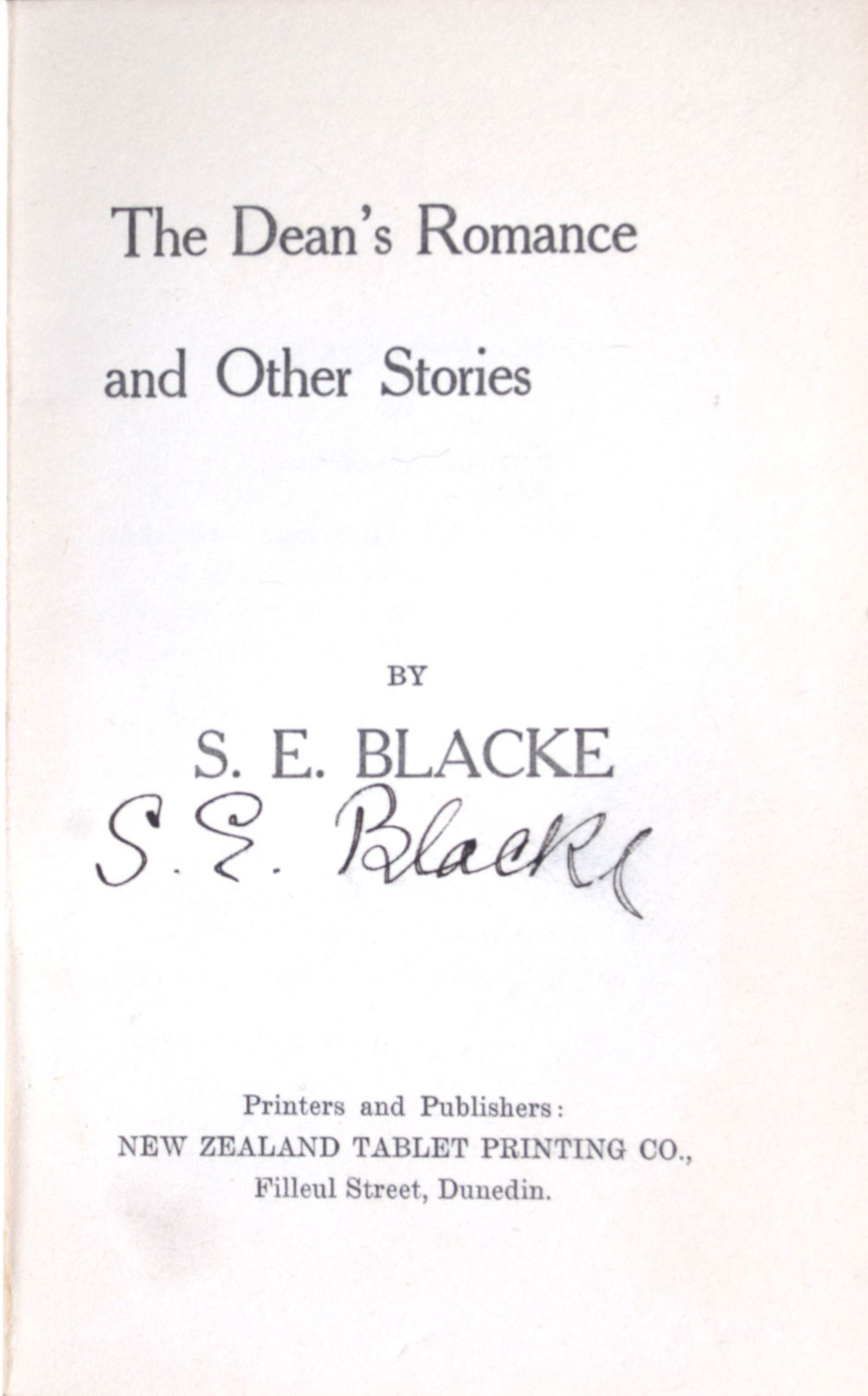 Sara Eliza Mary Blacke (1870?-1930) was a writer of shorter fiction who lived in South Dunedin when she wrote The Dean’s romance, one of her later works. This volume of short stories contains several with Dunedin settings. Blacke taught music in Balclutha and later Dunedin, and her stories typically have a Dunedin or South Otago setting. Her other works include Flights from the land of the bell-bird and rata and The riven cloud, the latter written under the pseudonym of William Ross. 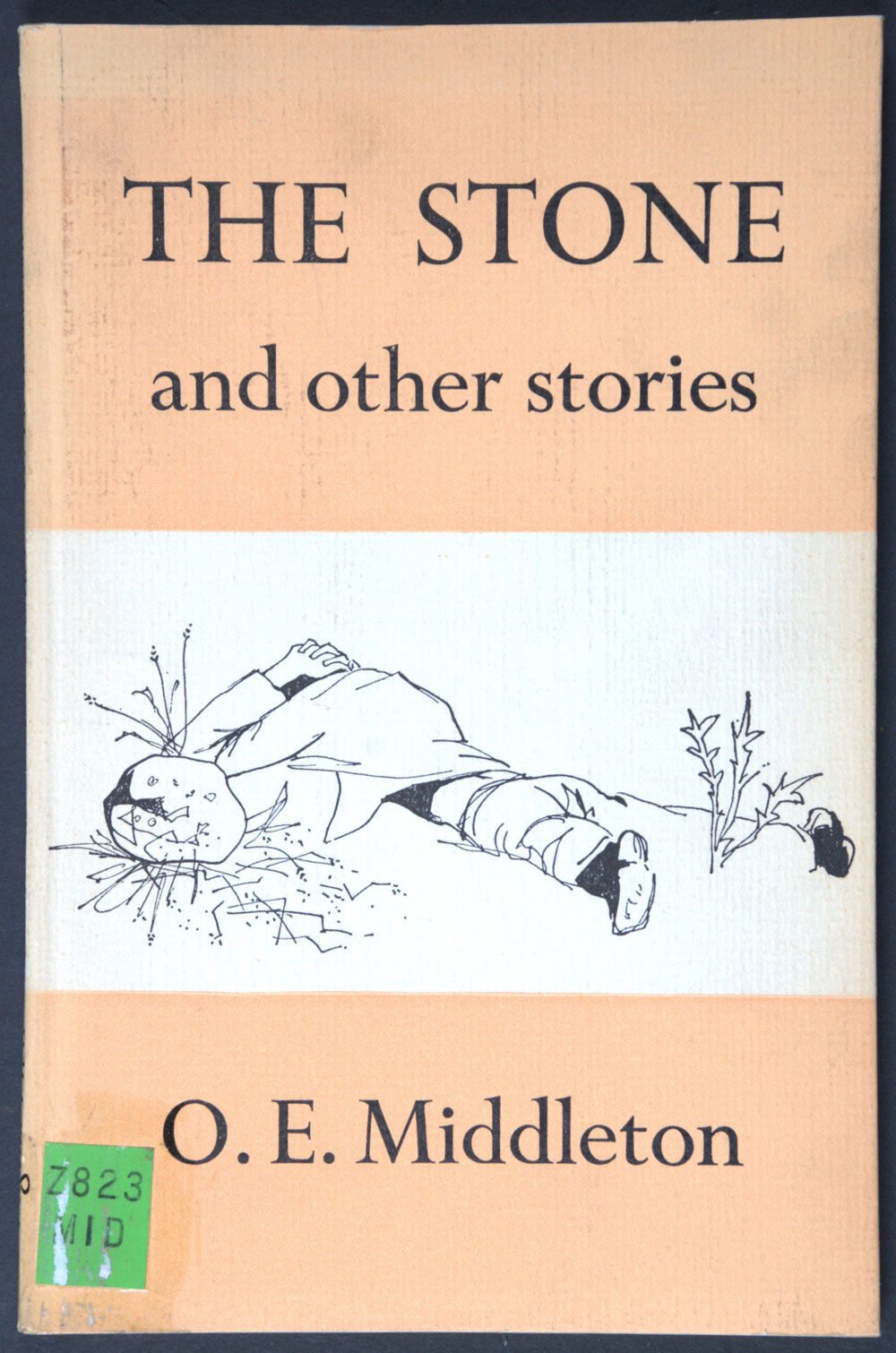 O.E. Middleton. The stone and other stories. Auckland: Pilgrim Press, 1959.

Osman Edward Middleton (1925-2010) was born in Christchurch, but came to Dunedin in 1970 to become Burns Fellow, and lived here for the remainder of his life. His home was in Royal Terrace, a block away from his friend Charles Brasch in Heriot Row. He suffered from retinitis pigmentosa and was blind from middle age. An early collection The stone and other stories includes A married man, the story of a father struggling to deal with his grief within the culture of a working class Kiwi male, following the loss of his daughter. 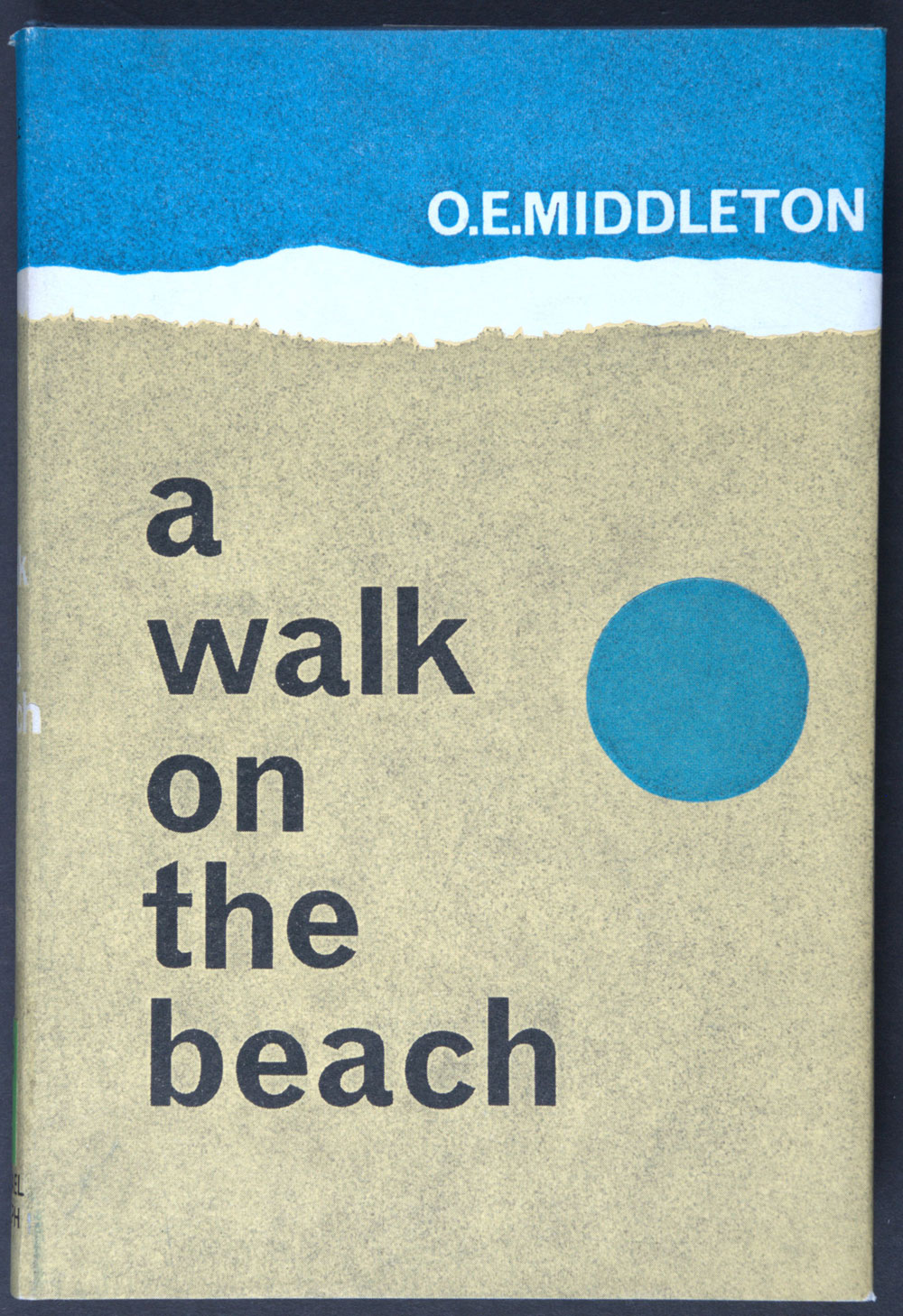 Throughout his life, Middleton worked in a wide variety of (sometimes manual) occupations and this is reflected in his vernacular style and his interest in ordinary working people. His stories typically focus on outsiders who are sympathetically portrayed. His diverse experience is reflected in stories in A walk on the beach: The collector takes place in a US prison, based upon his experience as an illegal immigrant there; and The doss-house and the duchess is set in an itinerant seaman’s world in England.