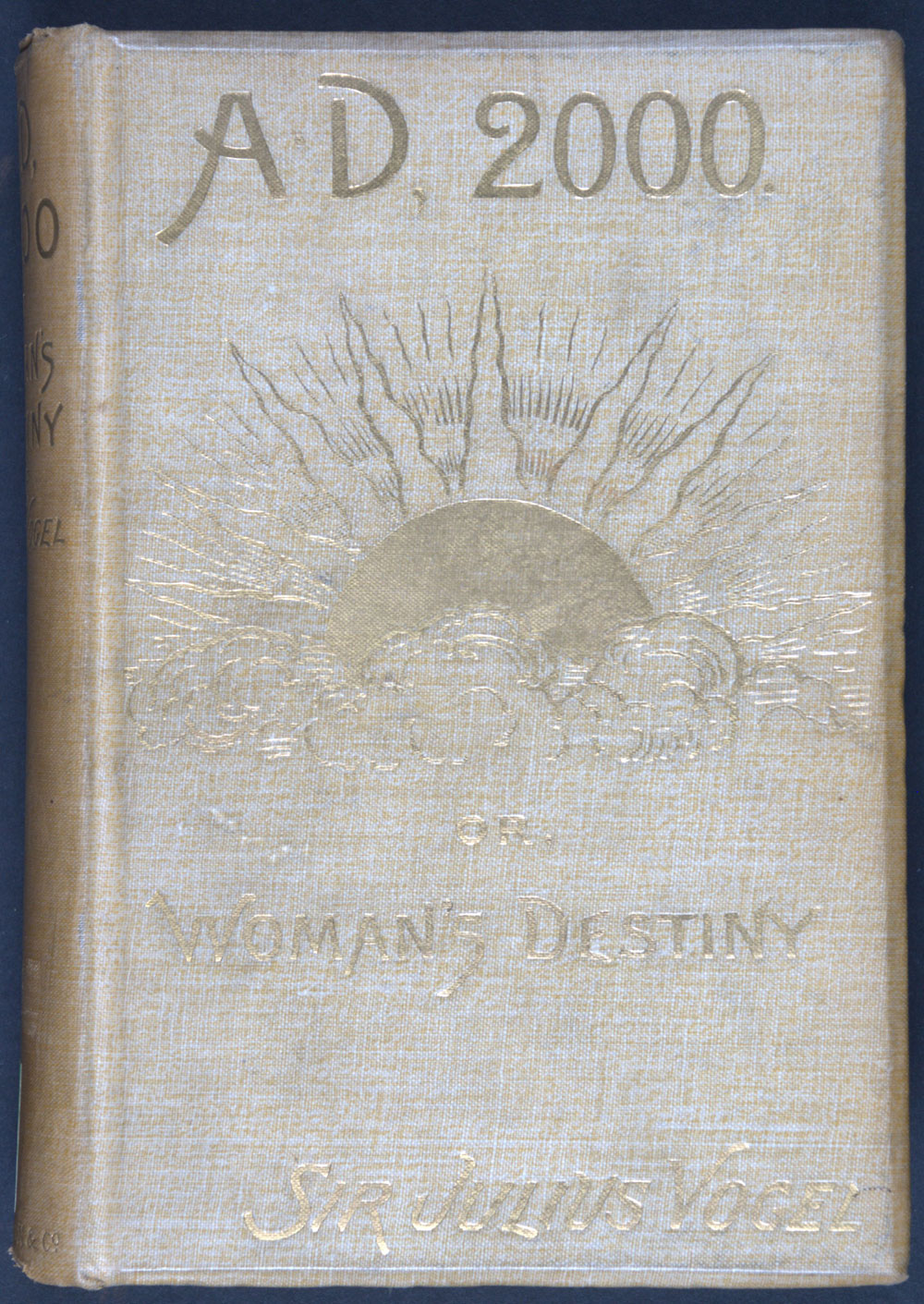 Born in London in 1835, Julius Vogel was a talented journalist, editor and politician who later became Premier of New Zealand. In 1861 he came to Dunedin via Victoria and was a founder of the Otago Daily Times. He remained its editor until 1868 and left Dunedin in 1869 to embark on his distinguished political career before retiring to England in 1888. Shortly after his retirement and in ill-health Vogel wrote his sole novel, Anno domini 2000, or, Woman’s destiny, a futuristic romance in which women held the highest posts in government, and poverty had been eradicated. 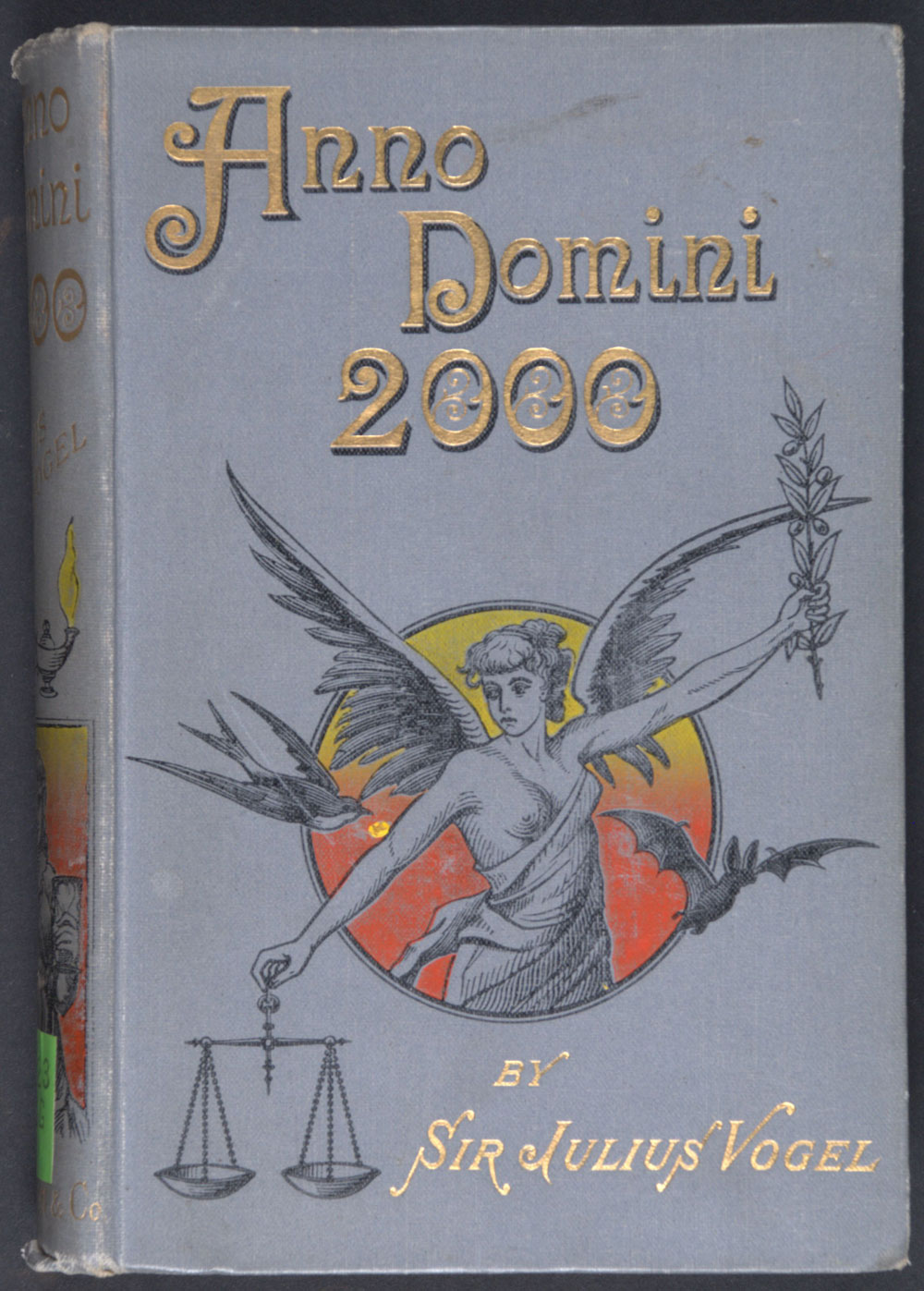 A somewhat uncharacteristic endeavour, the novel Anno domini 2000, or, Woman’s destiny was largely a vehicle for Vogel’s political ideals. He optimistically presents a future in which the financial elites have worked together to create a booming and tightly bound British Empire of which New Zealand constitutes a thriving component. Vogel’s novel was however neither the financial success nor the new career path he desired. 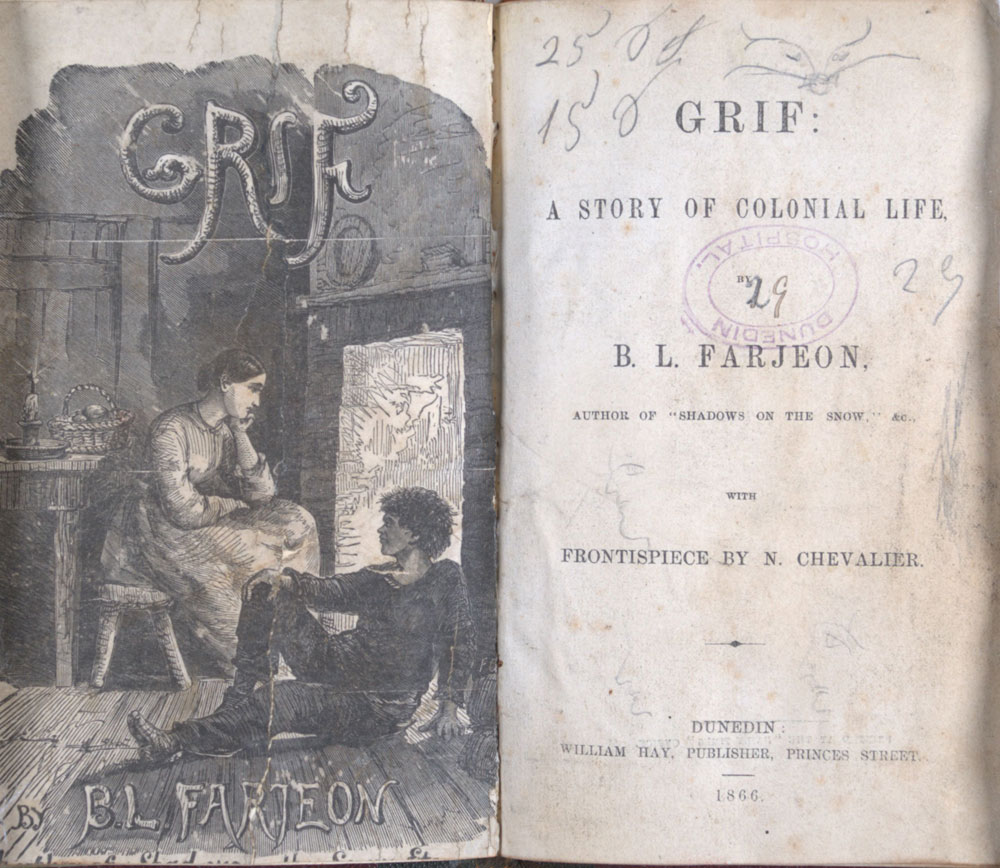 Born in London, Benjamin Leopold Farjeon (1838-1903) came to Dunedin via Victoria in 1861. He soon became business manager of the newly established Otago Daily Times where Julius Vogel was editor. Grif made Farjeon’s name as a novelist and was subsequently revised and several times reprinted. Two further novels, Jessie Trim and At the sign of the silver flagon were published in Dunedin newspapers between 1874 and 1880. 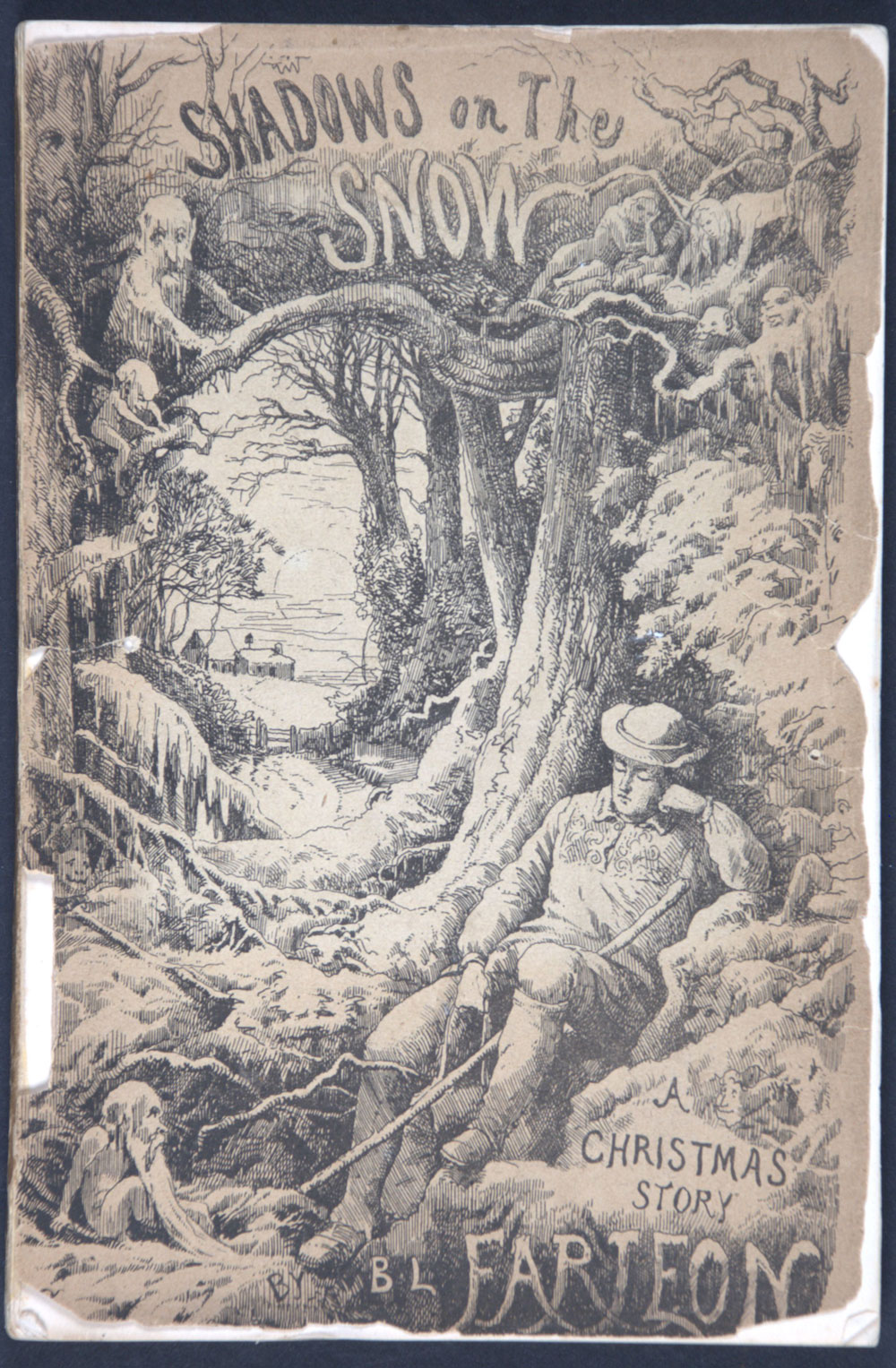 Farjeon’s literary career flourished in Dunedin, where he wrote Shadows on the snow (1865) and Grif: a story of colonial life (1866), both of which drew upon his experience of the Australian goldfields. Both were set up in type by Farjeon in the Times office. He lived in Dunedin until December 1867, when he returned to London to continue his literary career as a popular novelist and short story writer. In 1877, he married Margaret Jane Jefferson. Their children included the celebrated young person’s author, Eleanor Farjeon.

Born in Oamaru, Geoffrey Hugh Sumpter (1913-2004) worked as a reporter for the Otago Daily Times, before leaving for service during World War II. During the War he wrote for troopship journals in which he first conceived of the fictional character Corporal Simkins. After the War he returned to Dunedin and the Otago Daily Times, for which he wrote copious articles. In 1949, he published the final version of the saga of Simkins, as Excuse my feet under the pseudonym ‘The Sarge.’