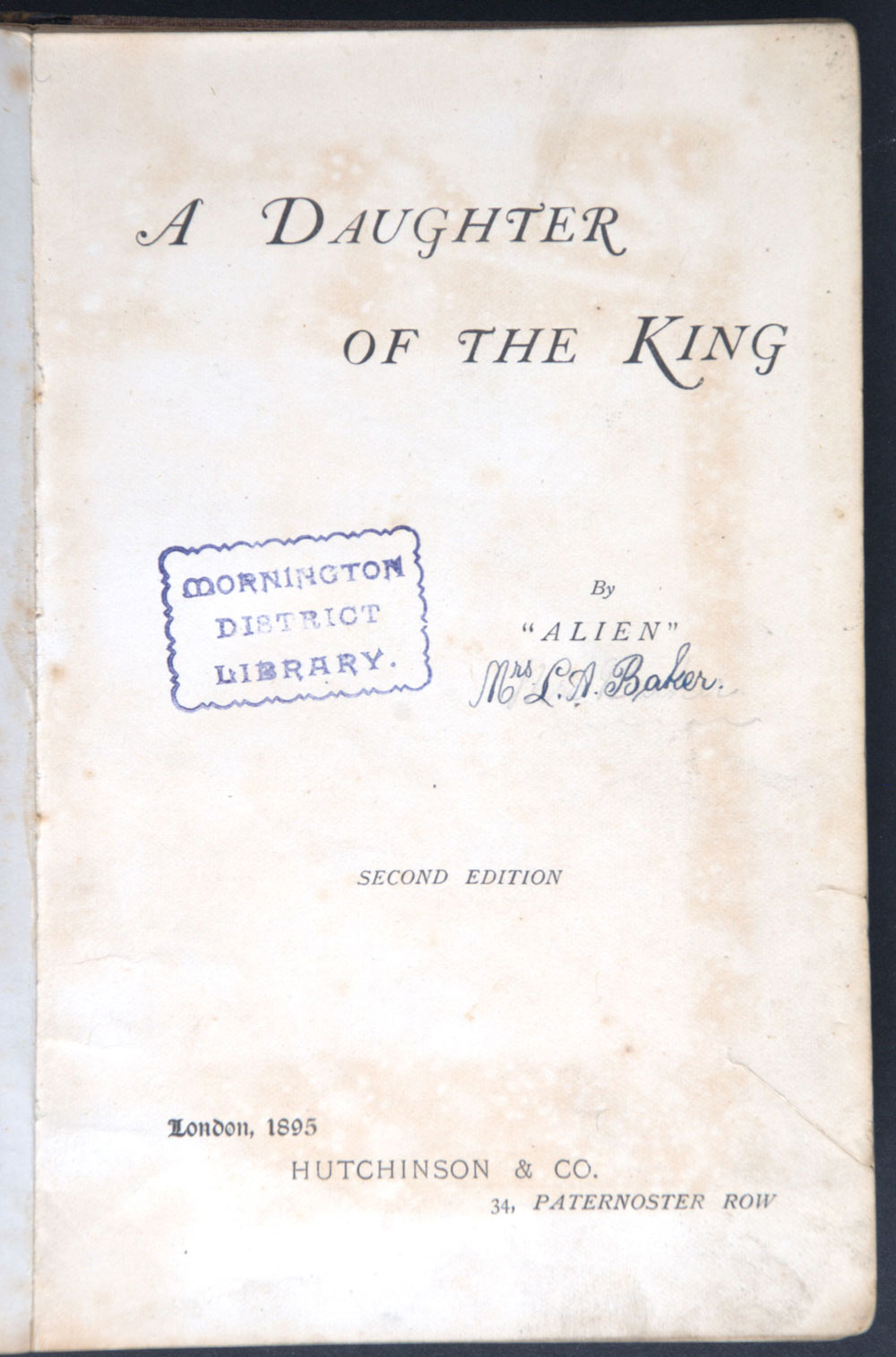 Louisa Alice Baker (1856-1926) was the author of 16 novels written under the pseudonym ‘Alien’, due to her sense of alienation experienced in both New Zealand and England. Born in Warwickshire, her family settled in Christchurch in 1863, before coming to Dunedin in 1886. By 1894, she had written her first novel A daughter of the King and settled in London. 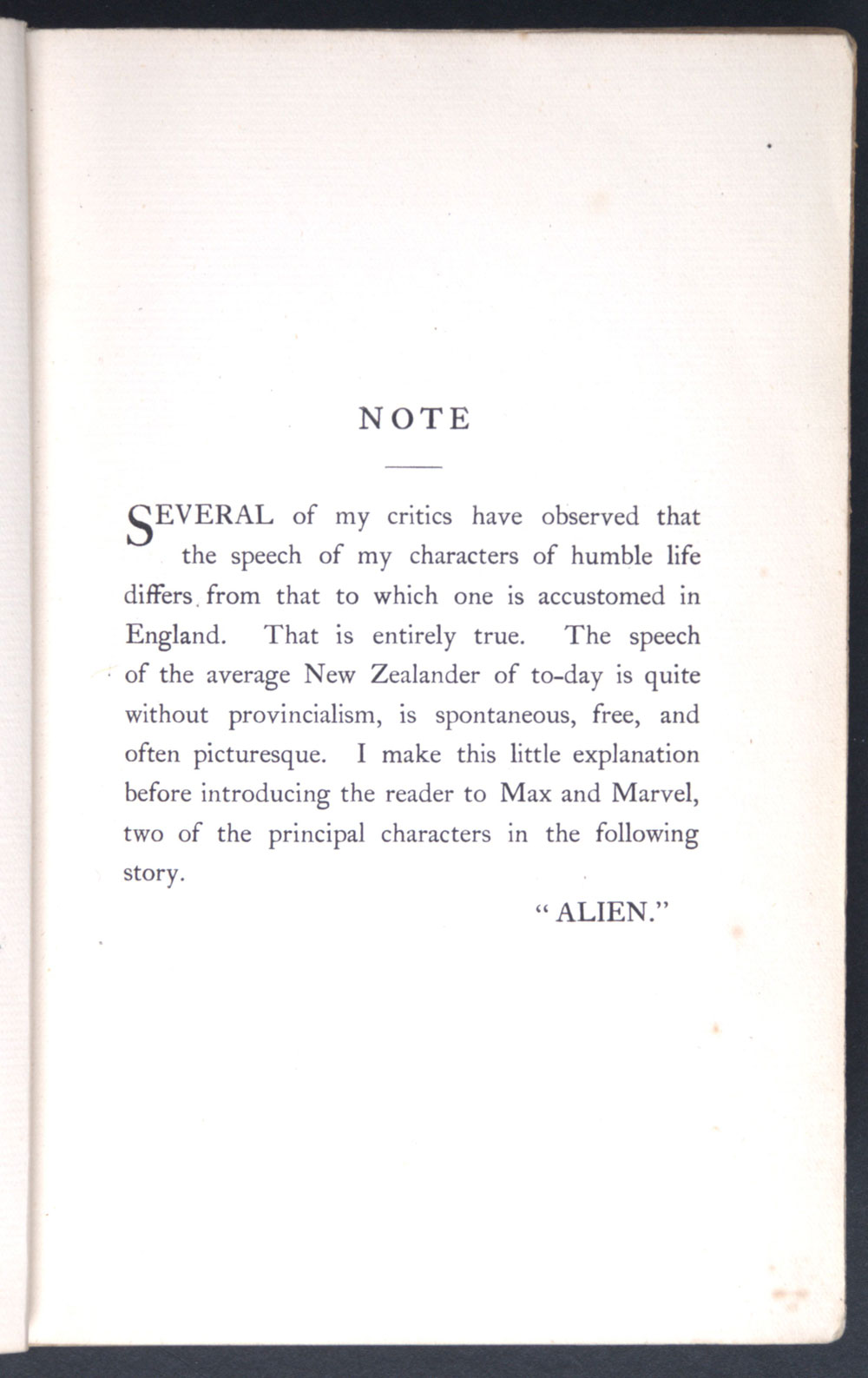 The first edition of Louisa Baker’s fifth novel was published in London. Yet her Dunedin connection continued with her column ‘Alien’s Letter from England’ in the Otago Witness from 1903. Most of her novels are set in New Zealand and Southern landscapes feature frequently. This curious prefatory note in The untold half was written from a concern that British readers might struggle to understand the New Zealand accent. 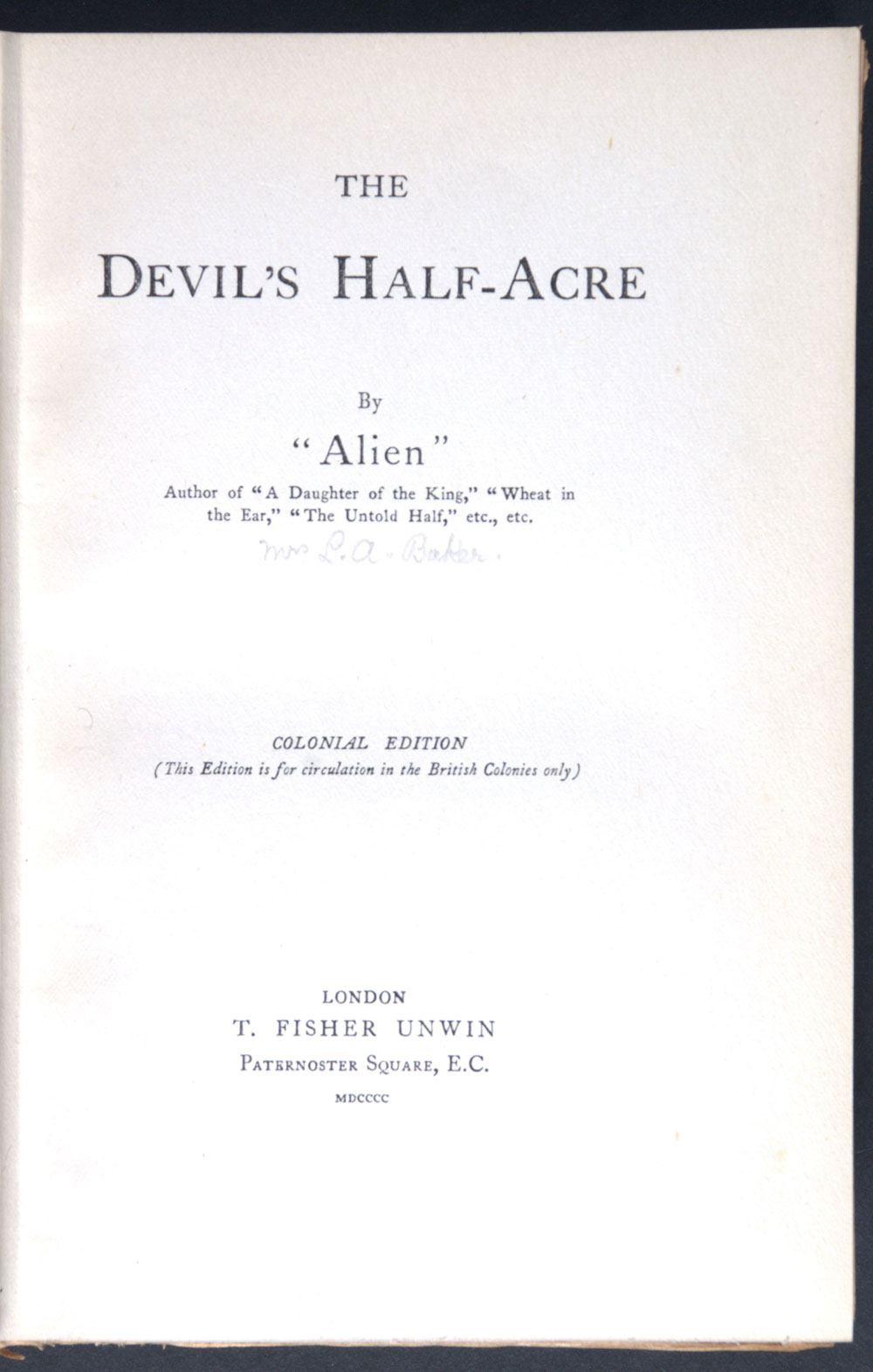 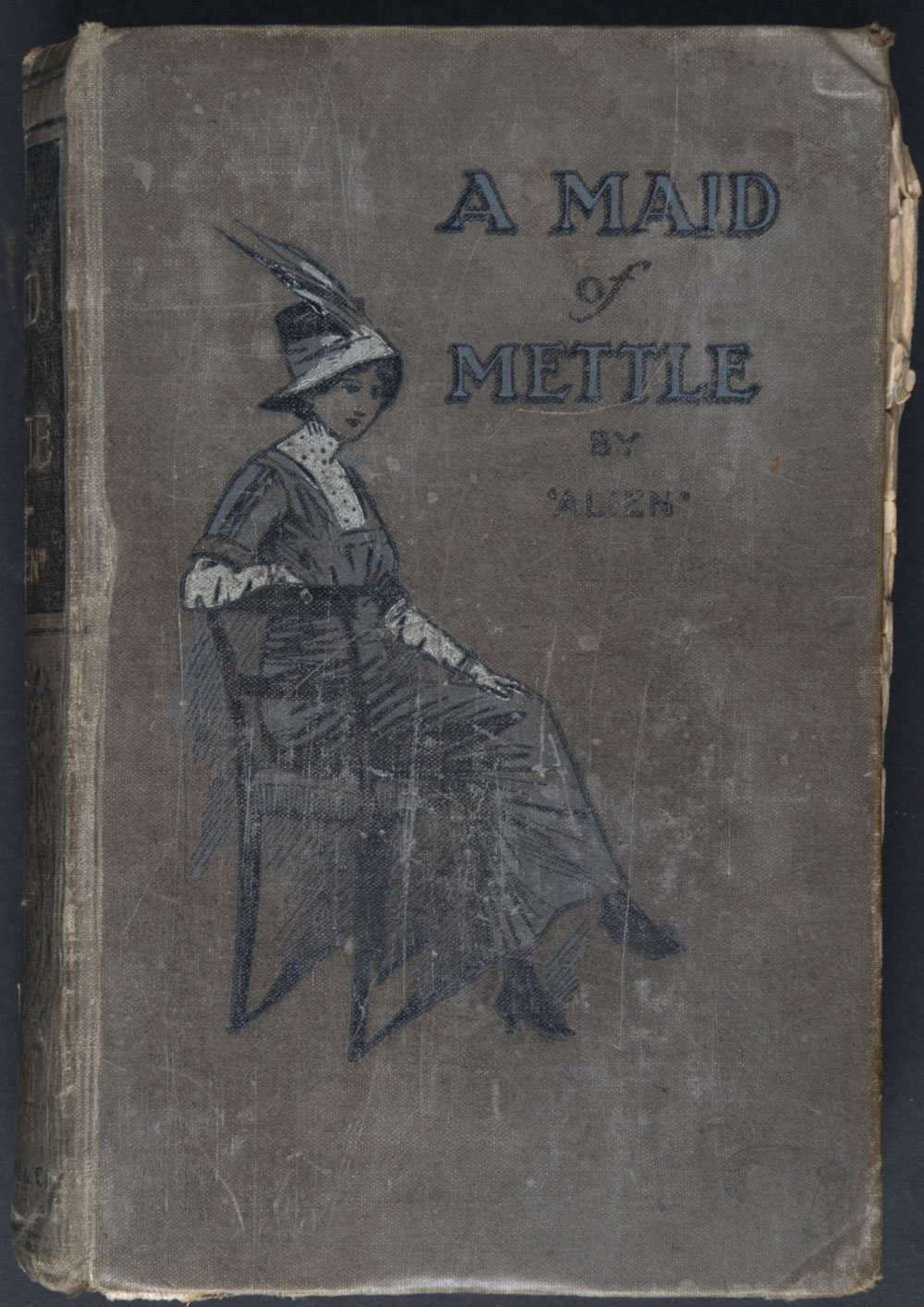