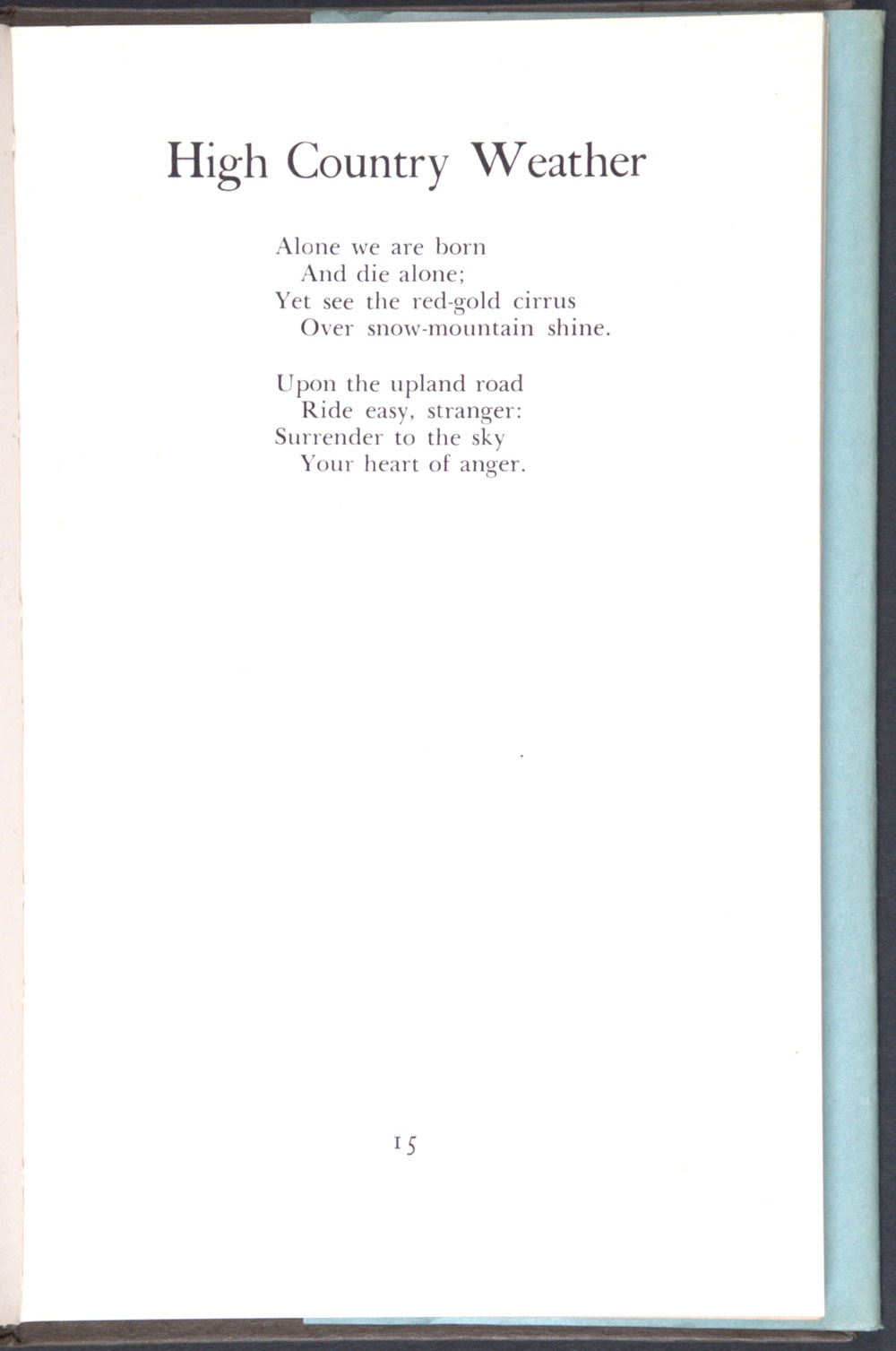 James Keir Baxter was born in Dunedin in 1926, the son of eminent pacifists Archibald and Millicent Baxter. He grew up in Kuri Bush and Brighton along Dunedin’s south coast. He attended King’s High School and the University of Otago, which he left after one year’s study in 1944. By this time he had already published his first collection of verse, Beyond the palisade, to critical acclaim. Baxter’s second published volume of poetry Blow, wind of fruitfulness (1948) confirmed Baxter as the pre-eminent New Zealand poet of his generation. It contains the memorable short poem ‘High country weather.’ 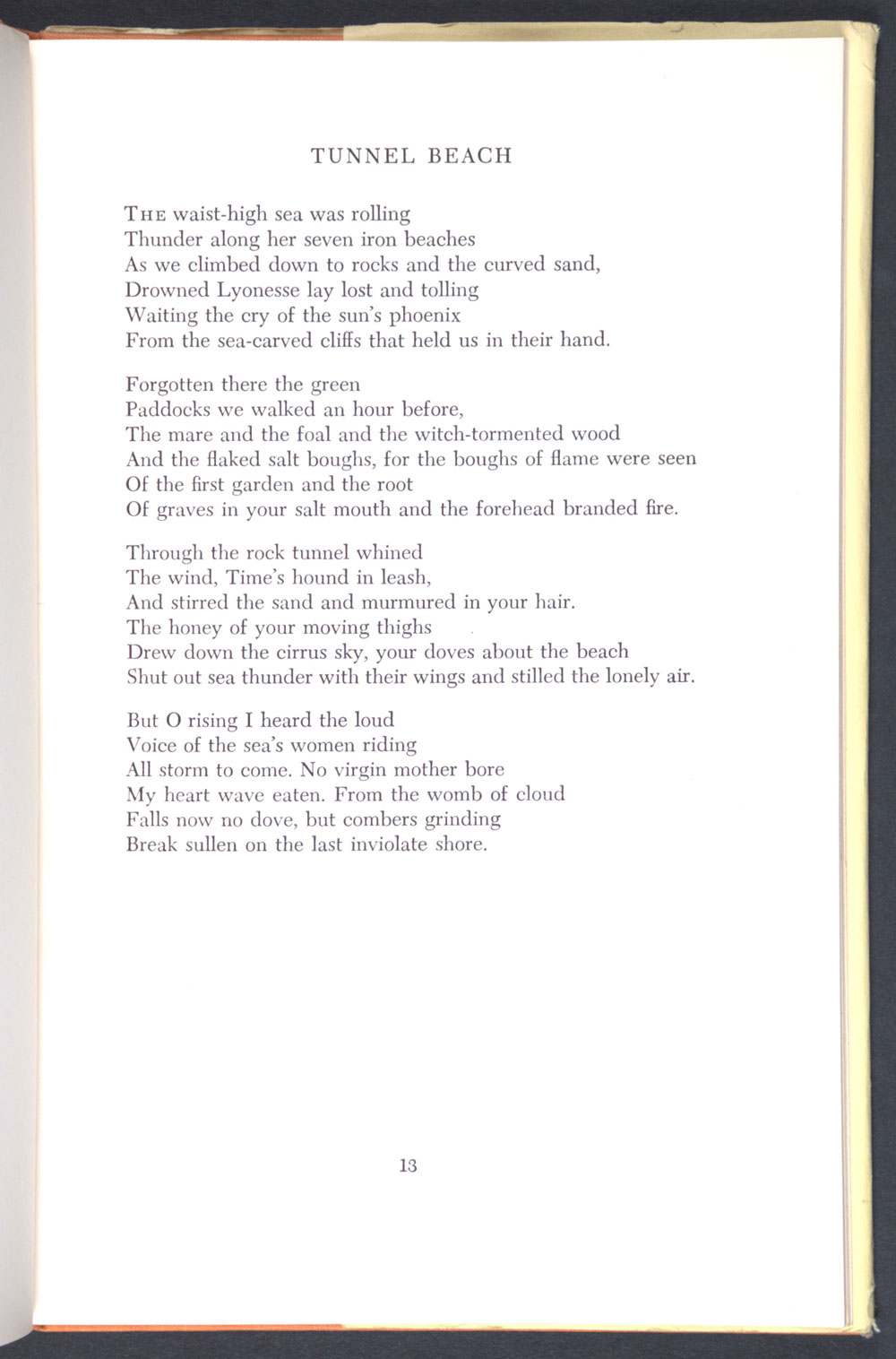 Howrah Bridge (1961) reflects Baxter’s sense of displacement after a period studying educational publishing in India, where he was overwhelmed by the poverty.