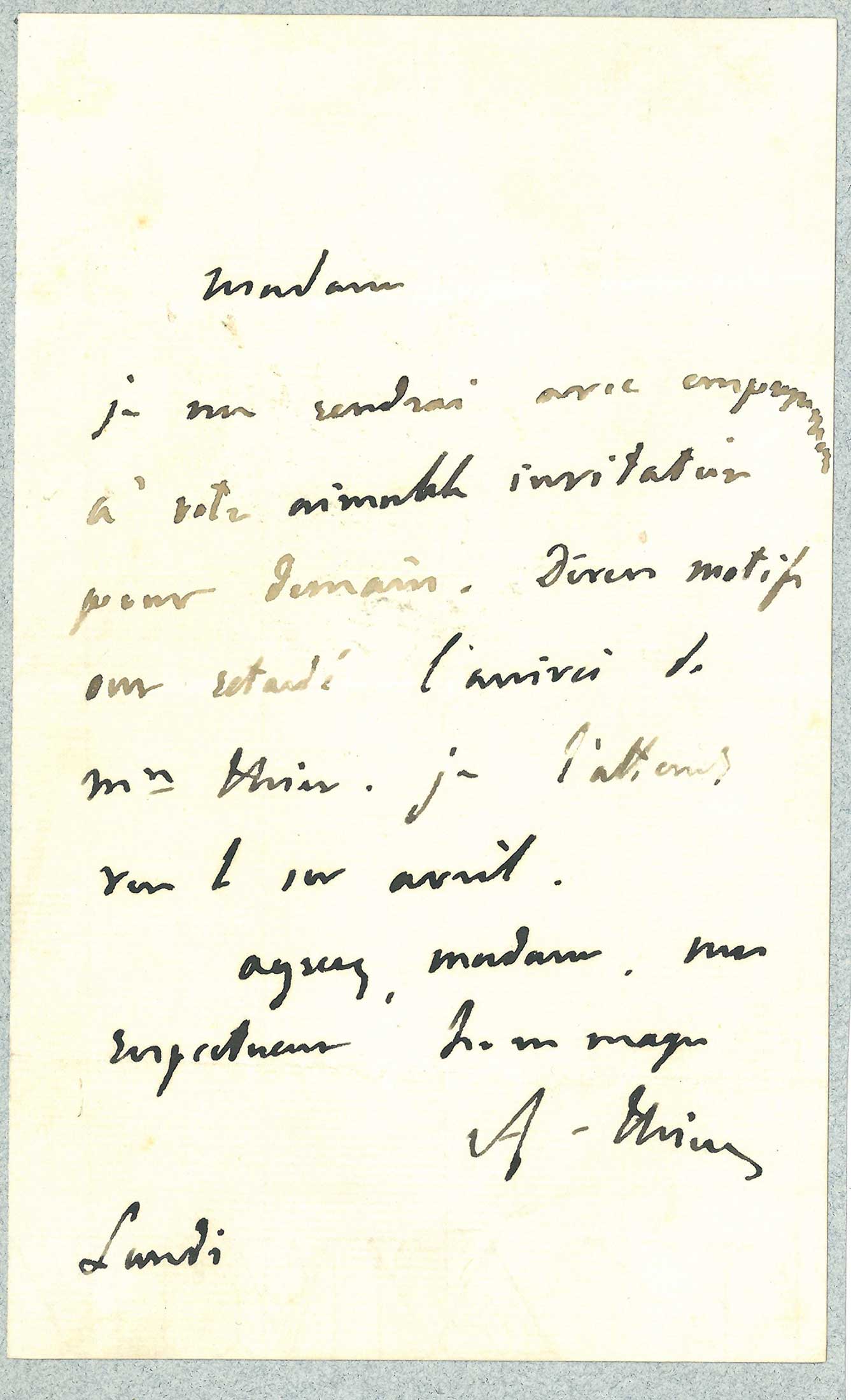 Adolphe Thiers was a politician and an historian active in the nineteenth century. He served as prime minister under Louis-Philippe's July monarchy and then as first President of France during the Third Republic. The letter exhibited here is unfortunately undated. Thiers is accepting an invitation to dinner to which his wife, Elise Dosne Thiers (1818-1880) is not able to go.

I am delighted to come to your amiable invitation. Different reasons have delayed Madam Thiers' arrival. I am waiting for her return on April 1.
Respectfully yours,
A. Thiers