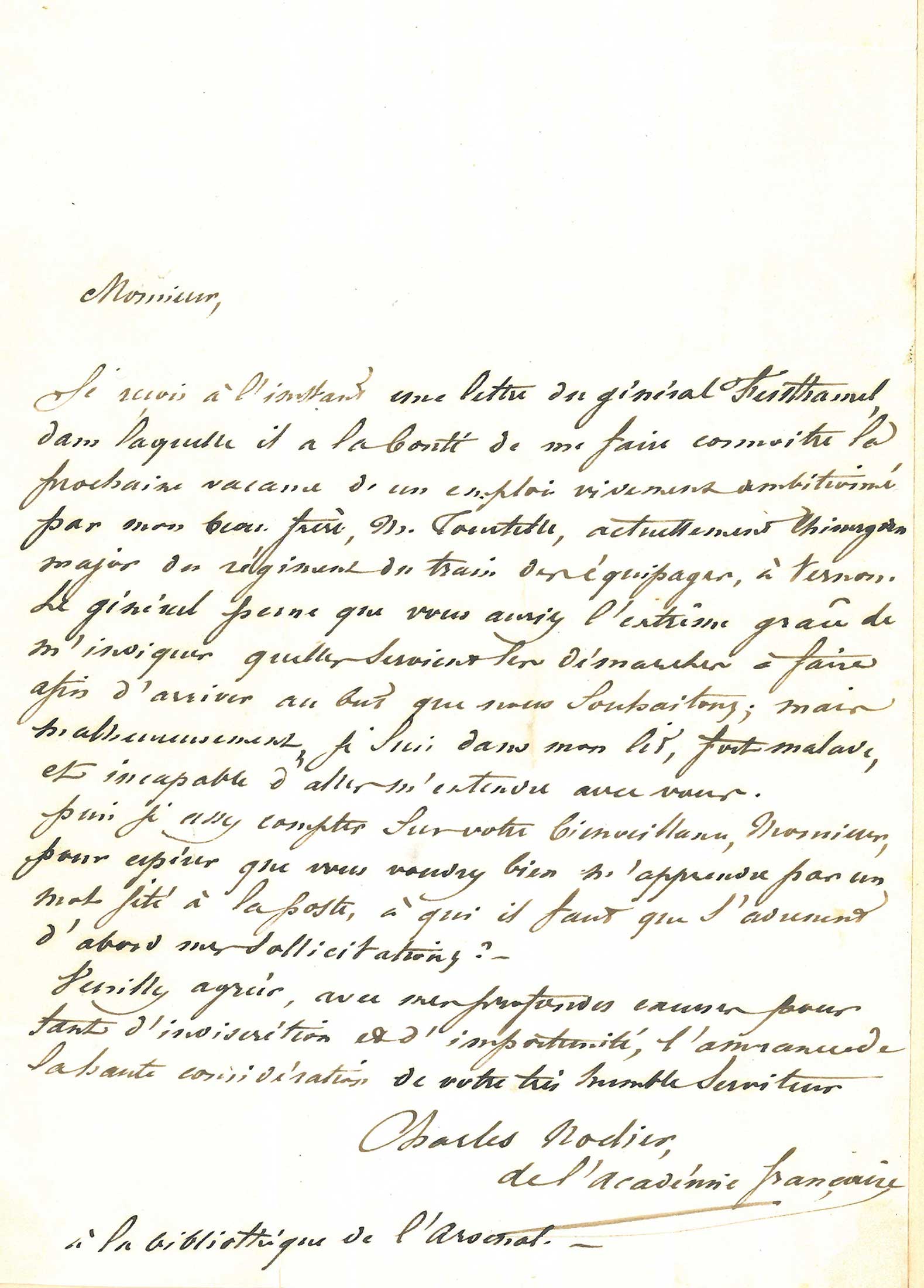 Charles Nodier was a French writer, novelist and member of the French Academy, who is believed to have played an important role in the birth of Romanticism.

The letter exhibited here is undated, however it was sent after Nodier was appointed as librarian at the Bibliotheque de Arsenal, and became a member of the French Academy. These years were the most productive part of the writer's career, and the message itself reflects a certain social status. It is a request of favour directed to an influential figure on behalf of his brother-in-law.

Sir,
I have received just now a letter of the general Feisthamel in which he was so kind to let me know of the opening of a position that would be very ambitioned by my brother-in-law […] who is now major of a regiment […]. The general believes you would be so graceful to give me directions in order to achieve our goal. Unfortunately, I am in my bed, very ill, and it is impossible for me to come and see you. Would I be able to count on your benevolence, Sir, to have the hope to let me know, through a few word sent through the mail, to whom I should address my solicitations? […]
Charles Nodier of the Academie Francaise,
At the Bibliotheque de l'Arsenal.