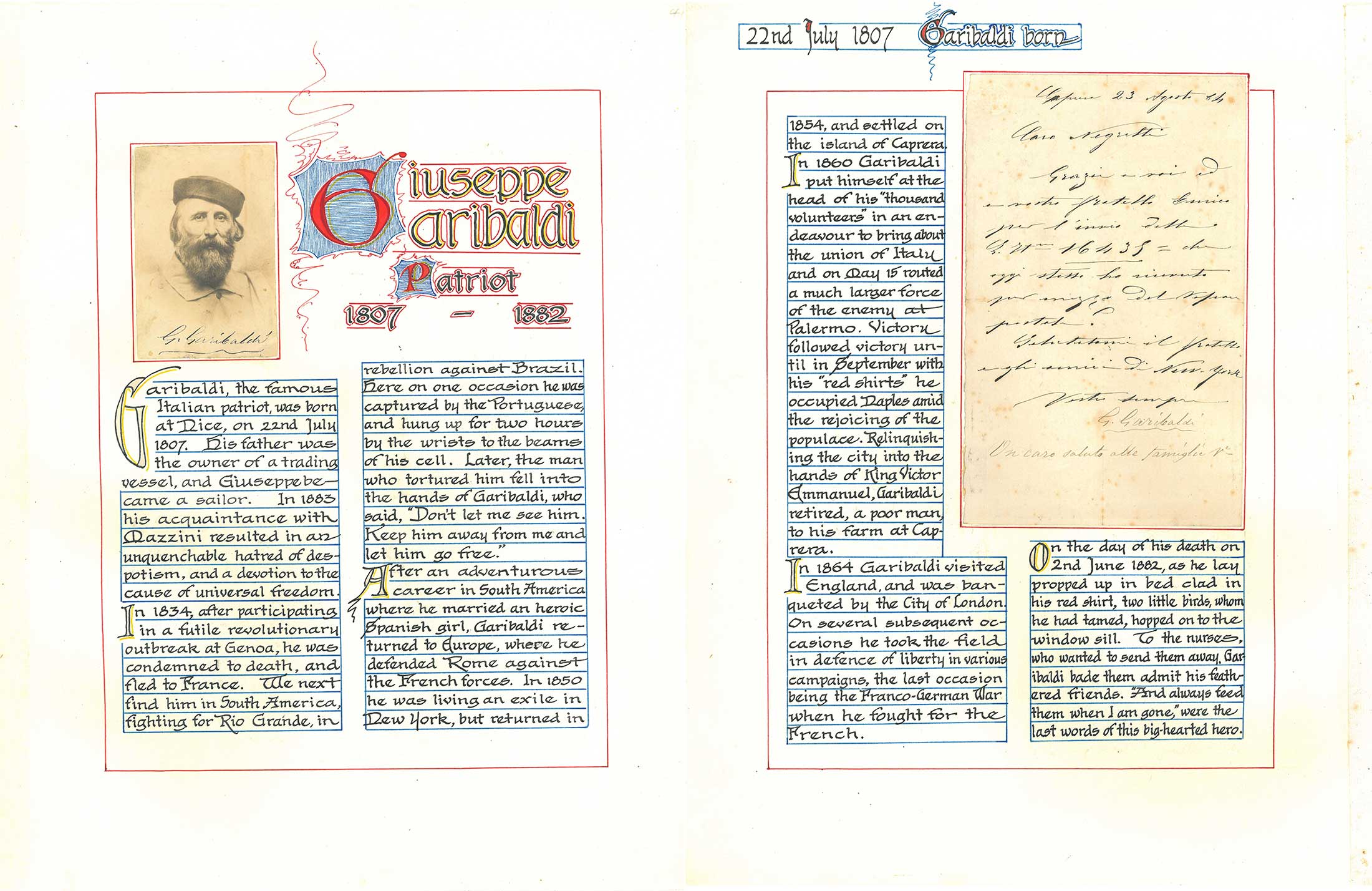 Giuseppe Garibaldi was an Italian patriot. He was one of the leading figures of the Italian unification, called Risorgimento (resurgence), which ended in 1871, when Rome was declared capital of the Kingdom of Italy.  He was best known for his conquest of Sicily and Naples, when he conducted battles with a corps of a thousand volunteers that inspired the name of the mission: the Expedition of the Thousand (1860). However, after this campaign Garibaldi retired to the island of Caprera as he largely disagreed with the politics of the Italian Prime Minister, Camillo Benso, Count of Cavour.

The letter exhibited here is dated August 23, 1864 and was written from the island of Caprera. In the letter, Garibaldi writes to Negretti, brother of the more famous Enrico Negretti (1818-1879), an Italian scientist who migrated to London, and who later espoused Garbaldi's cause. In his message, Garibaldi thanks Negretti for sending him something - most likely money.

Thanks to you and your brother Enrico for submission n. [?] 16439 that today I received by means of steam mail.  My regards to his brother and friends in New York.
Yours always
G. Garibaldi
Greetings to all your family.