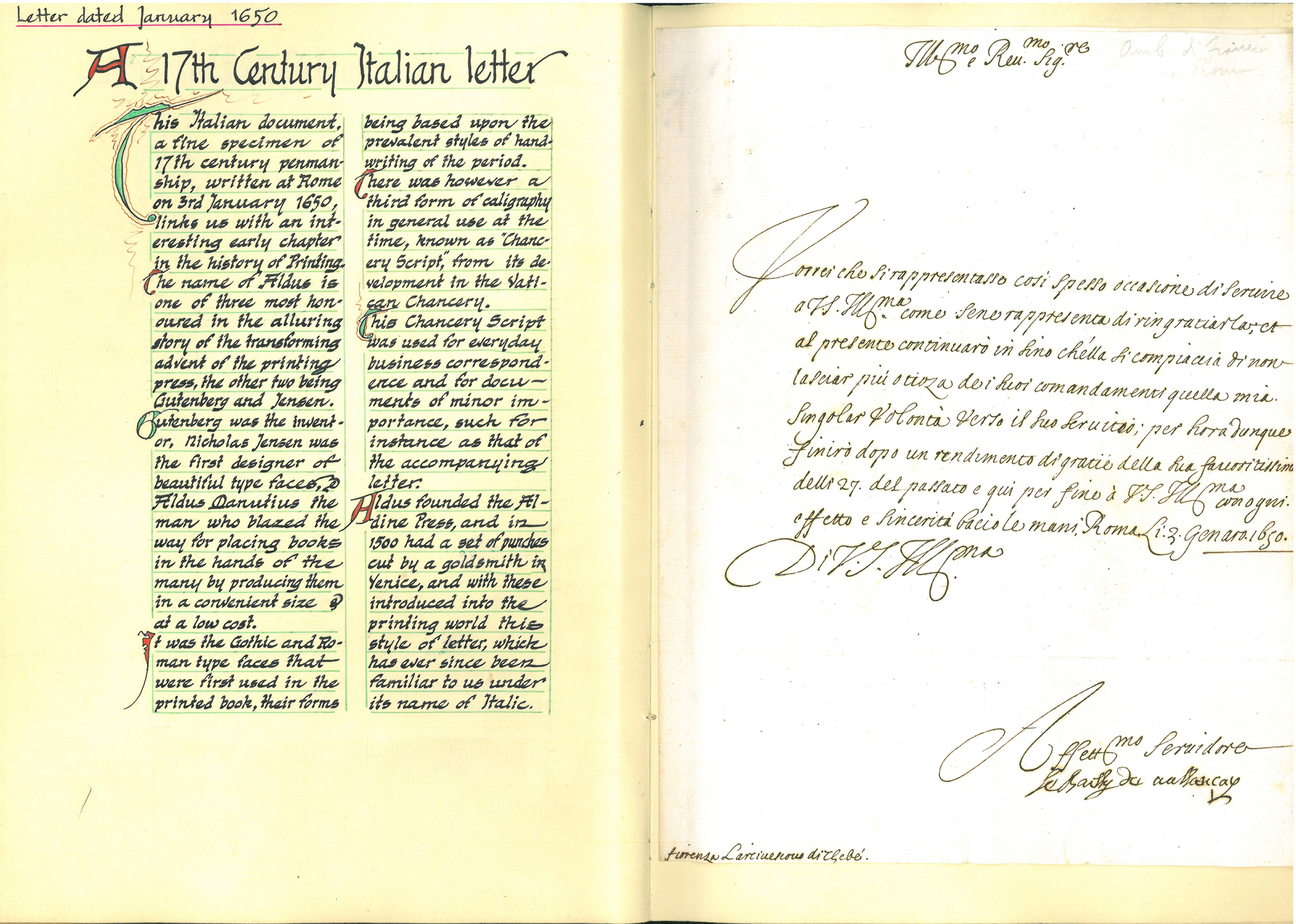 Reed, in his beautiful calligraphy, describes this letter as follows:“This Italian document, a fine specimen of 17th century penmanship, written at Rome on 3rd January 1650, links us with an interesting early chapter in the history of Printing. The name of Aldus is one of three most honoured in the alluring story of the transforming advent of the printing press, the other two being Gutenberg and Jensen. Gutenberg was the inventor and Nicholas Jensen was the first designer of beautiful typefaces, and Aldus Manutius the man who blazed the way for placing books in the hands of the many by producing them in a convenient size and at low cost.It was the Gothic and Roman typefaces that were first used in the printed book, their forms being based upon the prevalent styles of handwriting of the period.There was however a third form of calligraphy in general use at the time, known as ‘Chancery Script’, from its development in the Vatican Chancery.This Chancery Script was used for everyday business correspondence and for documents of minor importance, such for instance as that of the accompanying letter.Aldus founded the Aldine Press, and in 1500 had a set of punches cut by a goldsmith in Venice, and with these introduced into the printing world this style of letter, which has ever since been familiar to us under its name of Italic”.