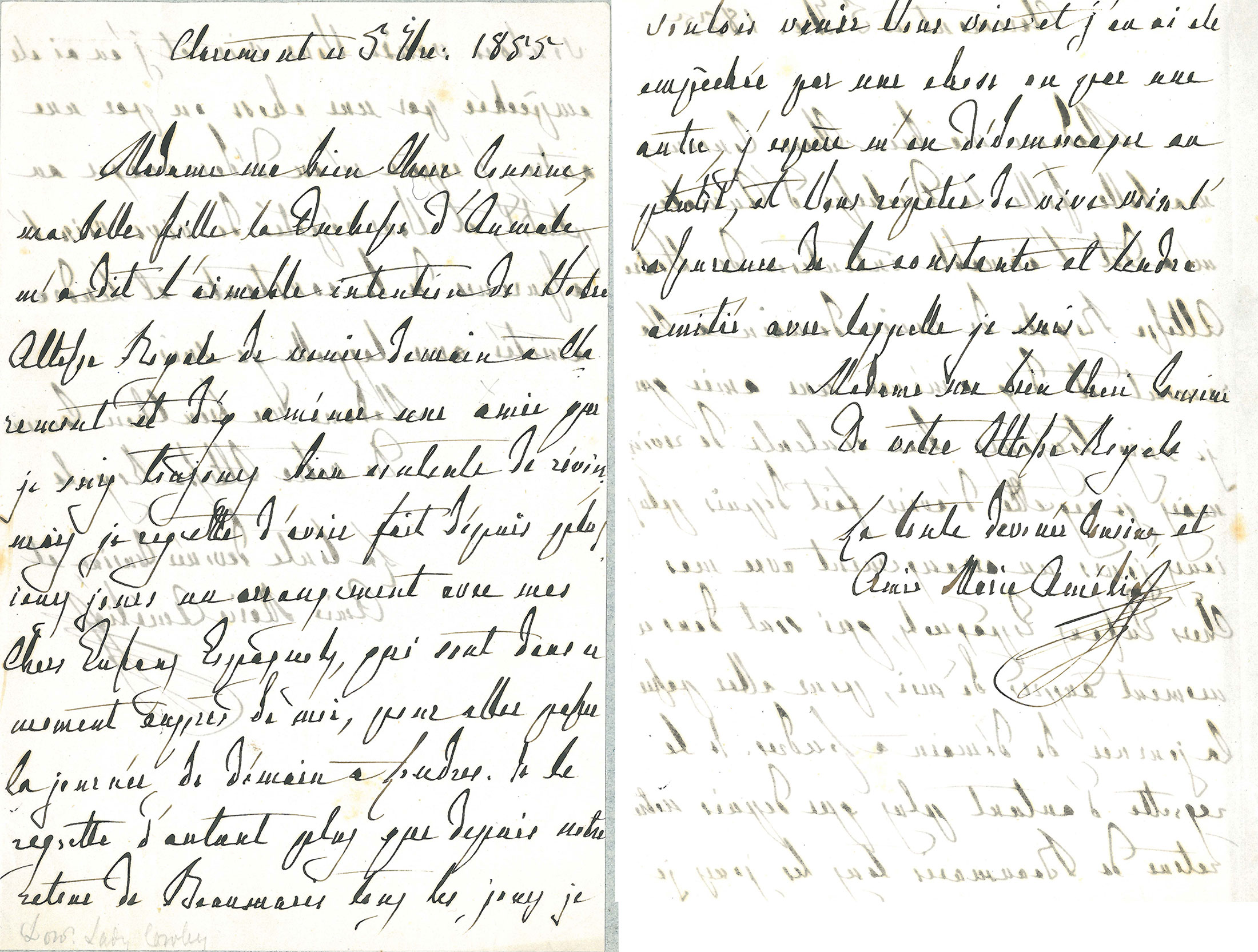 Queen Marie-Amelie was the wife of Louis Philippe I. The letter exhibited here was written in 1855, from Claremont House, in England, where the couple was exiled after 1848. She is presumably writing to Queen Victoria (1819-1901) who reigned over the United Kingdom from 1837 to 1901.

My daughter-in-law, the duchess of Aumale [Maria Carolina (1822-69), she was the wife of Marie-Amelie's fifth son, Prince Henri, duke of Aumale], told me the amiable intention of your Royal Highness to come tomorrow to Claremont […] I regret that I have made other arrangements to go spend the day in London. This is all the more regrettable since when you came back […] I wanted to come see you every day, but one thing or another prevented me to do so. I hope that I will be able to compensate this very soon and assure you in person of my constant and affectionate friendship for which I am Madame, my dear cousin and Royal Highness,
Yours, Marie-Amelie