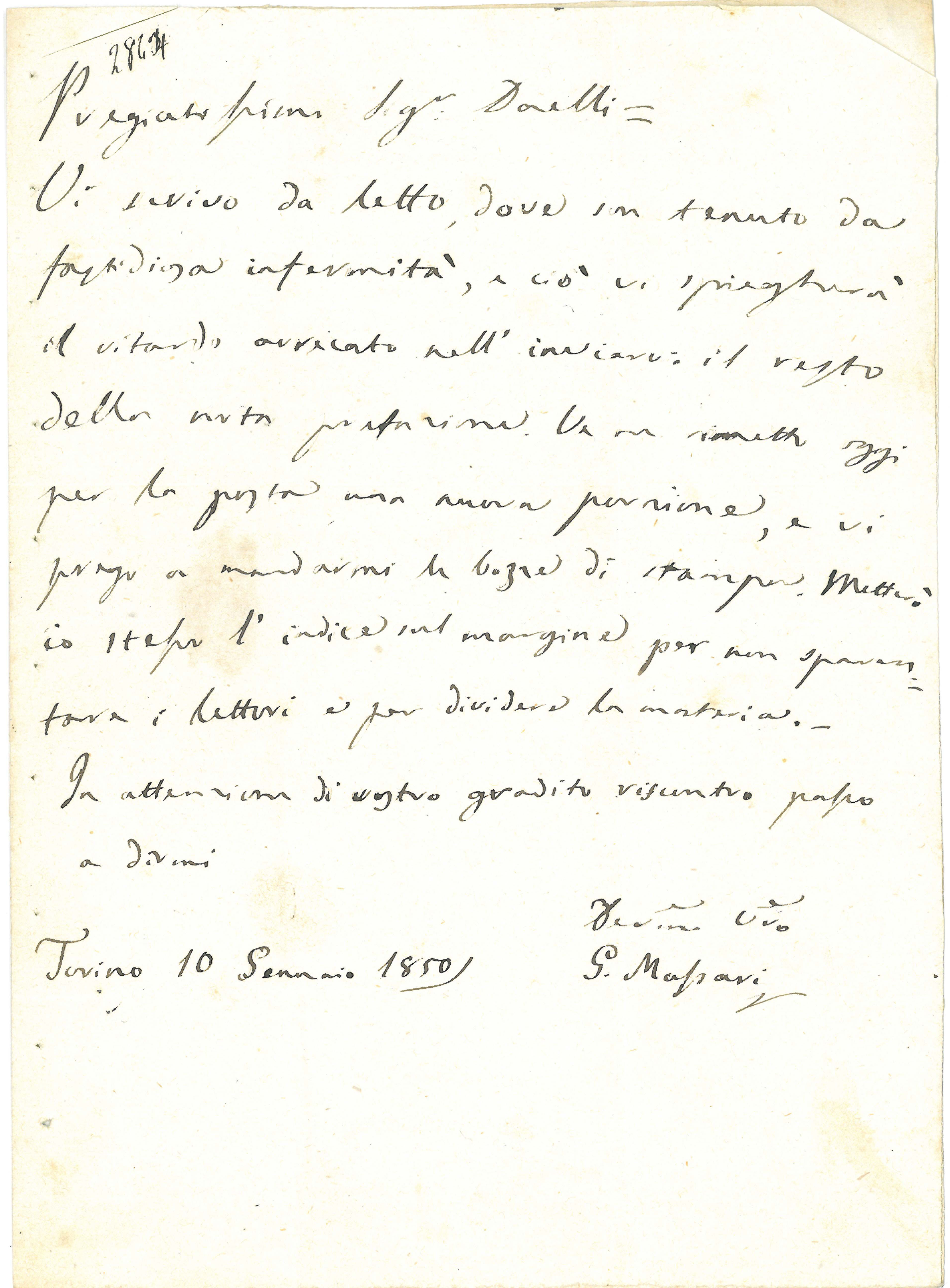 Giuseppe Massari was an Italian patriot, journalist, and politician who played a role in the unification of Italy. Around 1852, he started a long-term friendship with Cavour to whom he gave full support and he became his official secretary from 1858 to 1860. Massari was often charged with secret missions for the sake of the Italian unification, of which he gave accounts in his journal. He became a member of the Italian Parliament from 1860 until his death.

Massari sent this letter from Turin on January 10, 1850 to Luigi Daelli, who was director of the publishing house Tipografia e Libreria Elvetica. Massari was writing the introduction to Gioberti's Operette politiche and he is about to send it to the publisher.

I am writing you from my bed, from which I am not able to move due to a bothersome illness. This may explain my being late in sending you the rest of my introduction. Today I am sending you a new piece of it, and I ask you to be kind enough to send me the proofs. I will write myself an index in the margins which may be more appealing to the readers, as well as will help in dividing the materials. I am waiting for your much-appreciated answer […].
G. Massari, Turin,
January 10, 1850.