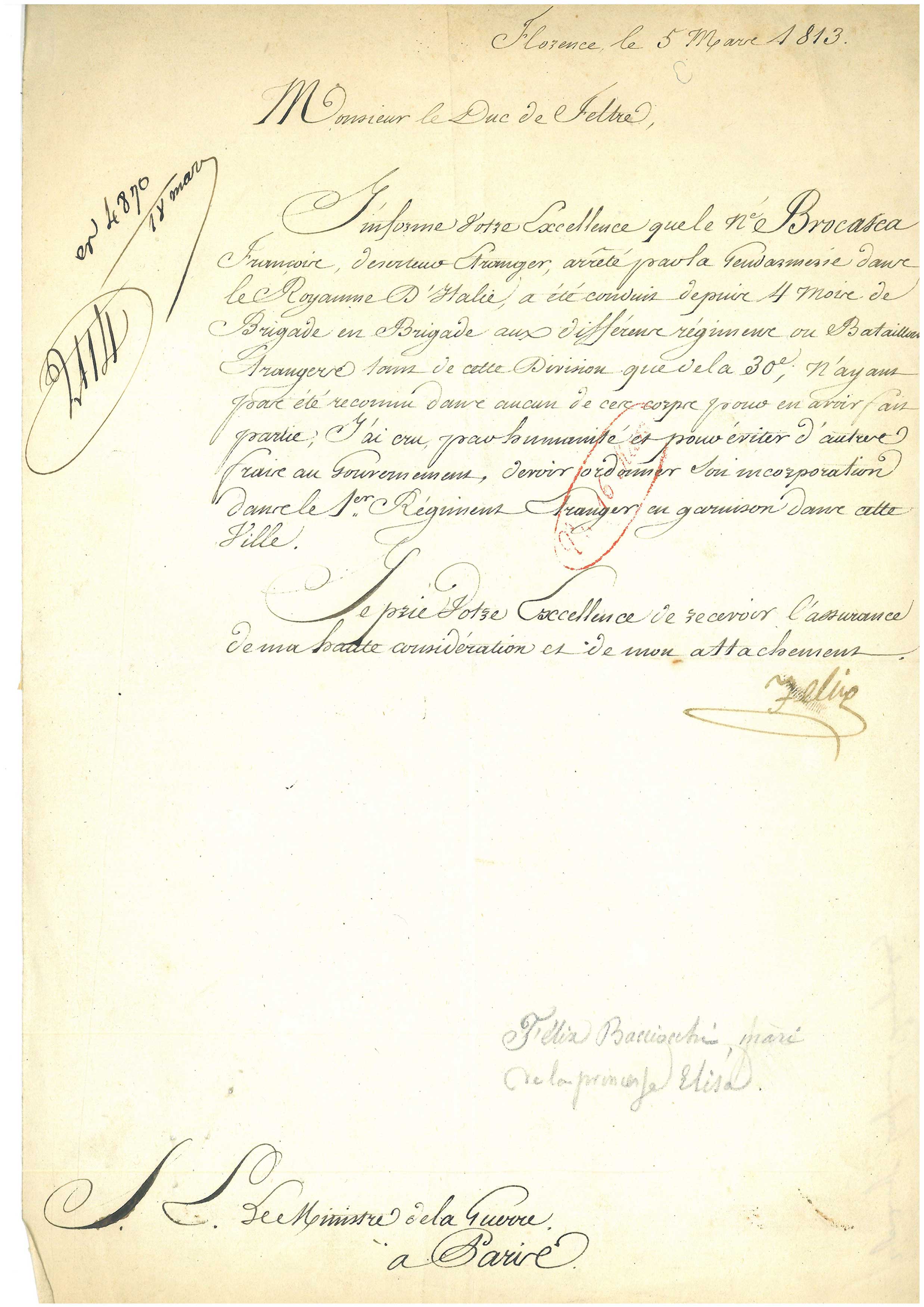 Felice Pasquale Baciocchi was born in Ajaccio, Corsica to a noble Corsican family of Italian descent. He served in the French and then in the Napoleonic armies. He was most famous for his marriage to Napoleon Bonaparte's sister, Elisa. With the ascension of Napoleon to Emperor in 1804, Elisa was appointed as Princess of Lucca and Piombino, and she obtained for her husband the title of Prince. In 1813, Baciocchi wrote this letter to the minister of war in Paris, Henri-Jacques-Guillaume Clarke, appointed Duke of Feltre by Napoleon in 1809. In this letter, Baciocchi is informing the minister of war of a decision he had just made regarding a foreign deserter, Francois Brocasca, who had been arrested in Florence.

I inform your Excellency that a certain Brocasca, Francois, arrested by the police in the Kingdom of Italy, has been conducted in different brigades or foreign battalions […]. However he has not been recognized for having been part of any of them. As a sign of our humanity and to avoid further expenses on the part of the government, I have made the decision to let him join the first regiment stationed in this city. […] Felice [Baciocchi].