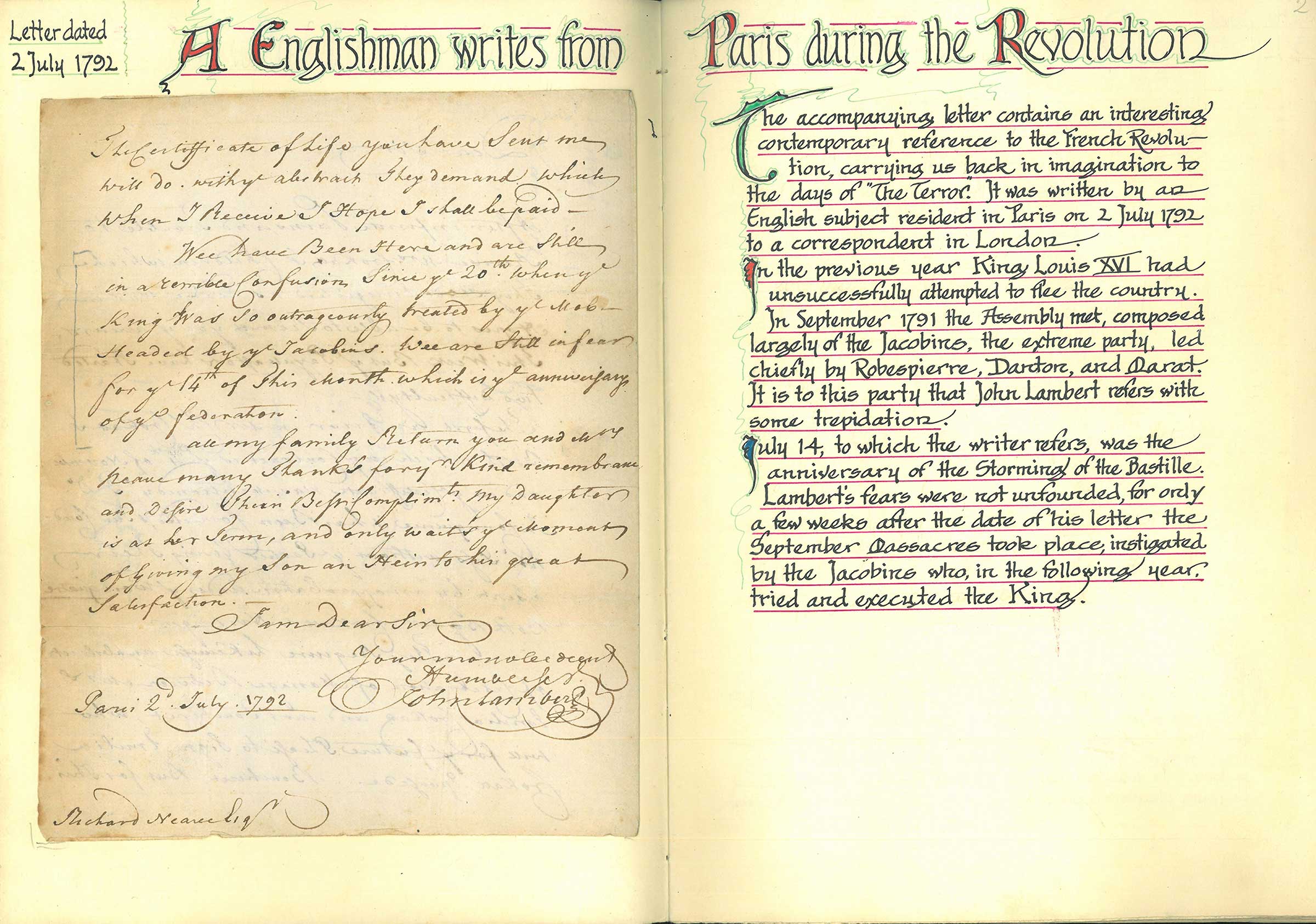 Reed researched the autograph letters he bought, and inserted them in albums in which he would provide a short summary of the content of the letter, and when possible a biographical account of the author.