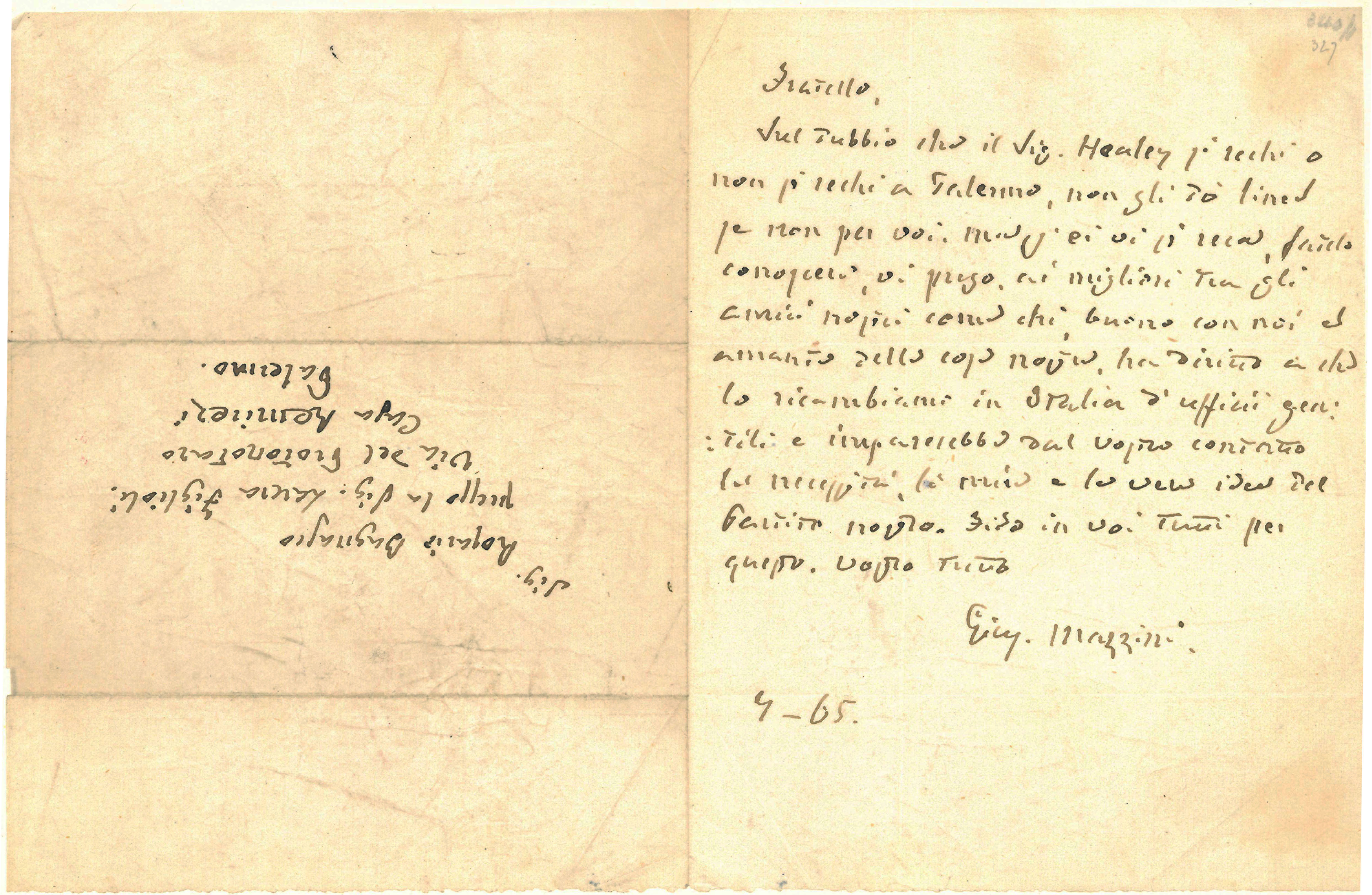 Giuseppe Mazzini was an Italian statesman, journalist and activist. He played a major role in the unification of Italy. His political theories helped shape the idea of the modern democratic state. Mazzini organized several secret societies – such as La Giovine Italia (Young Italy) – which worked to achieve national freedom and unification. This political activism caused Mazzini to be exiled, first to Switzerland, then to France and finally to England.

While in exile, Mazzini actively sent letters to his agents in Italy. This letter is addressed to the Sicilian sculptor Rosario Bagnasco – a man who was also a politician and patriot.  This could well have been a letter of recommendation from Mazzini for someone travelling from England to Palermo, Sicily.

Brother, If Mr. Healey will come to Palermo […] let him be introduced to the best of our friends, as he has been good to us and he shares our same beliefs; he has earned the right for us to reciprocate his friendship, by offering him good services in Italy. In exchange, he would learn from you about the necessities […] of our party. I trust you will complete this.
All yours,
Gius. Mazzini