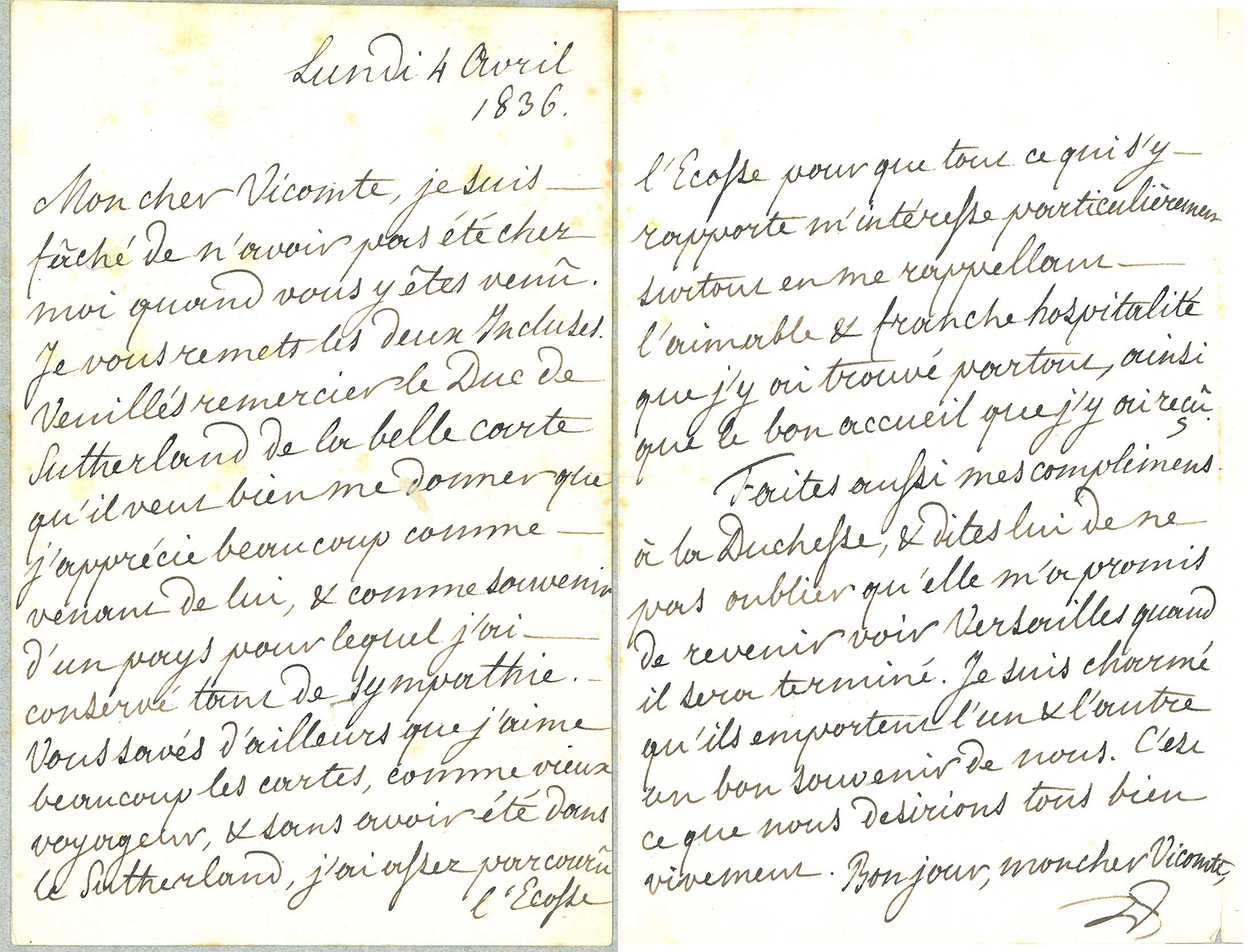 Louis Philippe of the House of Orleans, was King of France from 1830 to 1848, his reign being known as the July monarchy. Louis-Philippe declared himself King of the French, which sounded different than King of France. He put in place a parliamentary system and used the tricolour flag instead of the white one characteristic of the French monarchy. Louis-Philippe's letter is dated April 1836, a few years after he took power. The message is addressed to a viscount who is charged to thank the Duke of Sutherland on his behalf, for a map of Sutherland in Scotland that Louis-Philippe had just received as a gift.

I am sorry I was not here when you came […] please thank the duke of Sutherland for the beautiful map he gave me. I appreciate his gift as it reminds me of a place for which I have kept much friendliness. You know that I love maps, as I am an old traveller and even though I have never been to Sutherland, I travelled across Scotland enough for everything that is connected to it interest me, as it recalls me the genuine hospitality that I found everywhere, as well as the good reception that I have had there. […] Tell the duchess not to forget she has promised me to come back to see Versailles, when it will be completed […].
Louis-Philippe