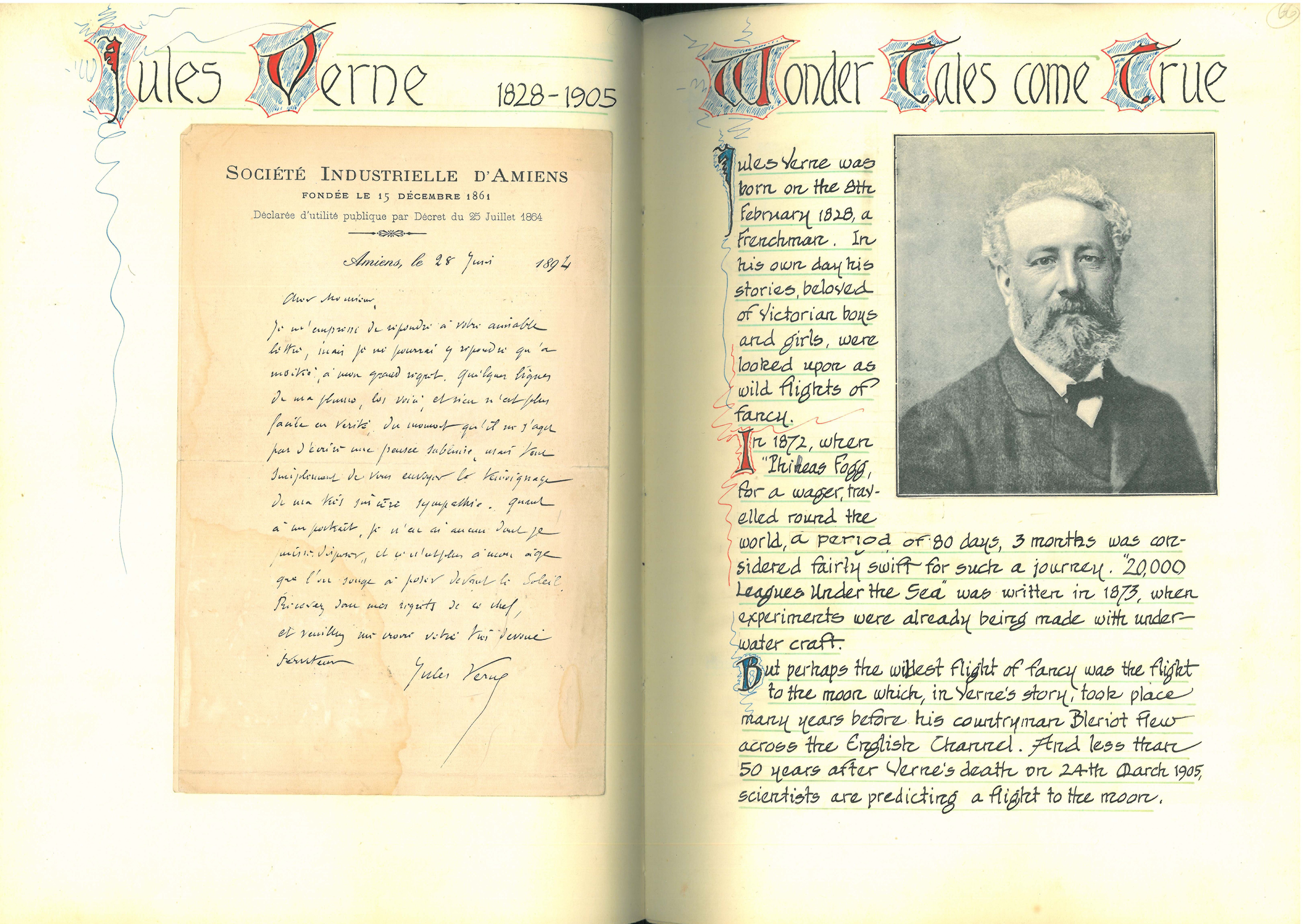 Jules Verne was a major French author who lived and worked during the nineteenth century. He was considered to be the "Father of science fiction" for his accurately researched adventure novels. He was a prolific writer, and his forty-year-long project Extraordinary Journeys, was composed of sixty-two novels and eighteen short stories. This letter is another example from one of Reed's albums. It was written in 1894 as Verne had already reached the apex of his fame. He was most likely responding to a fan, who had sent him a letter expressing admiration for his literary works.

I am promptly answering to your amiable letter; however, I regret that I only will be able to reply to half of your requests. A few lines of my hand: here they are. And this, in fact, is very easy, since it is not a question here of writing sublime thoughts, but rather, to testify to my most sincere cordiality to you. Regarding the portrait, unfortunately, I do not have one now, and at my age, it is not really appropriate to pose under the sun.

Please believe me to be your very devoted servant,
Jules Verne