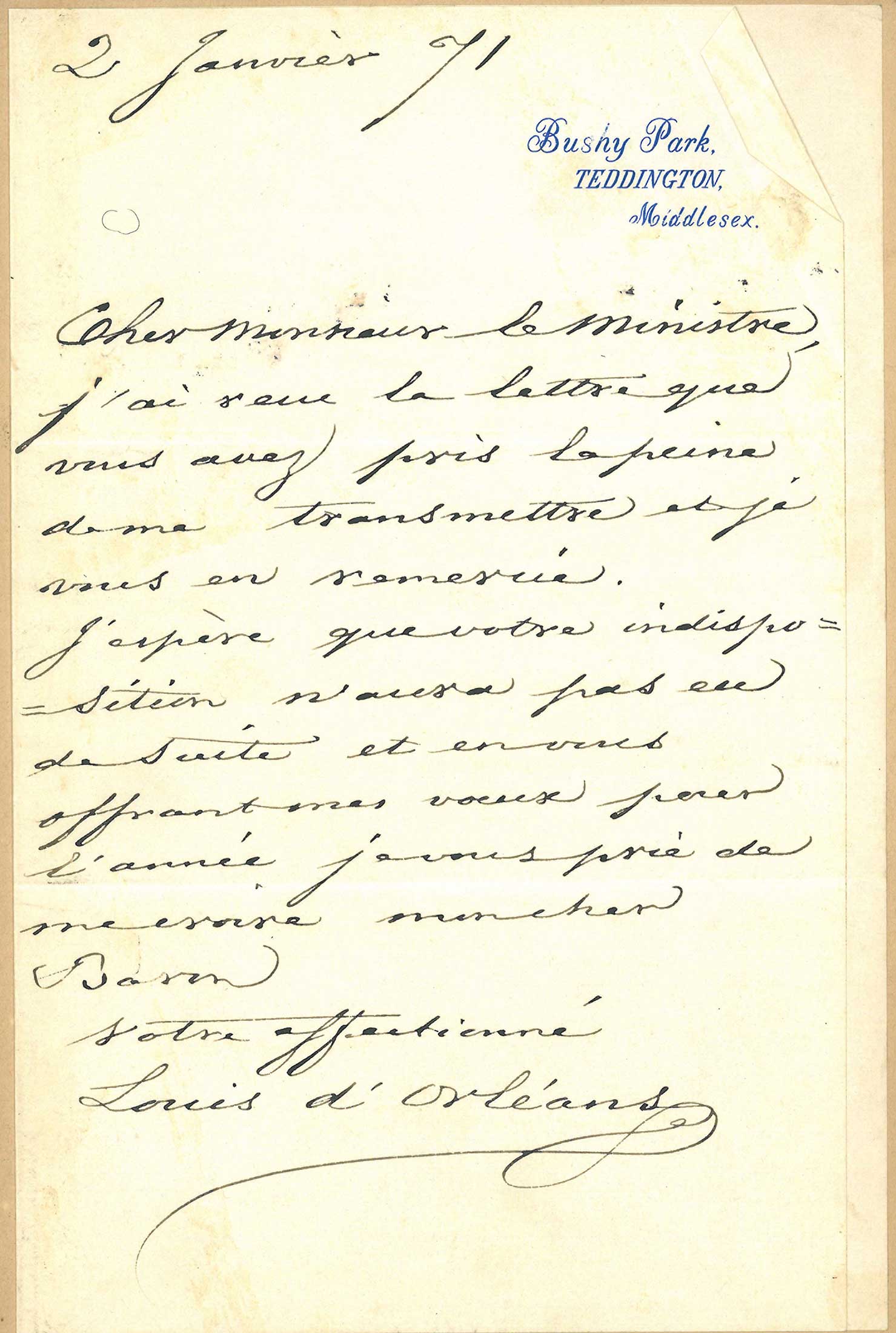 Louis D'Orleans, duke of Nemours was Louis-Philippe and Marie-Amelie's fourth child. He served in the Royal army during the Restoration and assisted the Belgian revolution in 1831-32, as well as the ascension to power of his uncle-in law, Leopold I as King of Belgium (former owner of Claremont House, and also Queen's Victoria's uncle). Louis D'Orleans wrote this letter in 1871, the very year in which he was able to return to France for good, after a long exile in England.

I have received the letter that you had very nicely transmitted to me, and I thank you very much. I hope your indisposition had no consequences. Offering you my best wishes for the New Year, I am affectionately yours, Louis d'Orleans.