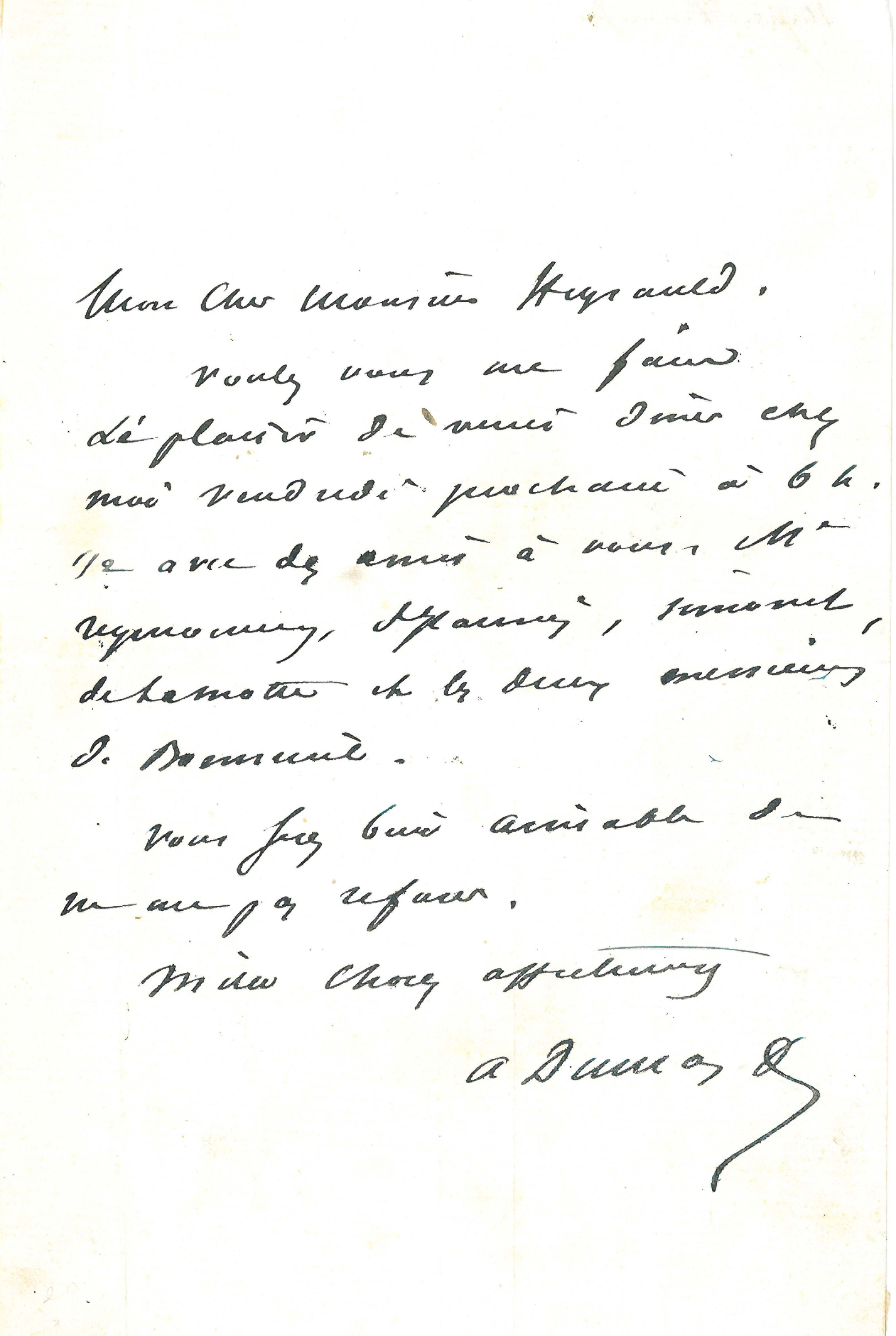 Alexandre Dumas fils was a French novelist and playwright, son of Alexandre Dumas, who authored the famous historical novels The Three Musketeers (1844), and The Count of Monte Cristo (1845-46). Dumas fils' most famous novel was La Dame aux Camélias (The Lady of the Camilias) 1848. The book became so popular that the author was asked to convert it into a play, Camille, which was first performed in 1852. This production later set the stage for Giuseppe Verdi's opera, La Traviata (1853). This letter can easily be attributed to Alexandre Dumas fils thanks to its recognizable signature. The epistle is a dinner invitation addressed to a certain Mr. Hegrauld, who was asked to join a circle of common friends.

Would you please give me the pleasure of coming to come dine at my house next Friday at half past six, with some of your friends: Madame Reprommy [?], Manin, Simonet, De La Motte, and the gentlemen De Beaumesnil [?] […].
Most affectionately,
A. Dumas