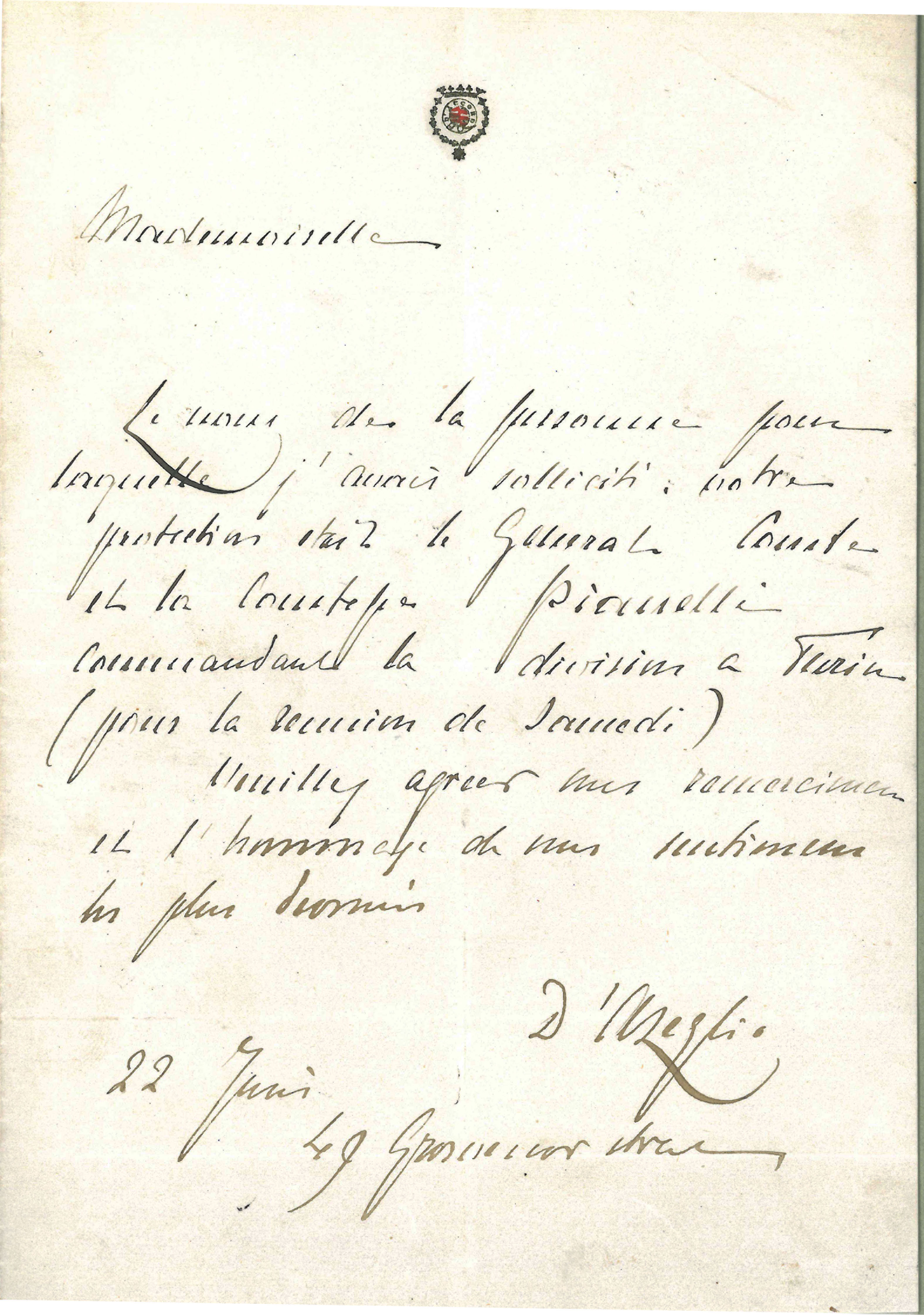 Although Massimo D'Azeglio began his professional life as a landscape painter, he played a critical role in the unification of Italy. He took part in the first Italian War of Independence (1848-1849), during which he was severely wounded. After his recovery, he started his political career, at the age of fifty-one. He participated in the government that was being formed by the King of Sardinia, Victor Emmanuel II of the House of Savoy, and was appointed Prime Minister, a position he held from 1849 to 1852.

This letter, dated 1849, was written in French, which before the Italian unification was the official language for written communications. This letter is addressed to a woman. D'Azeglio was communicating the name of a person for whom he sought protection, the General Count Pianelli (better known as Pianell). Pianelli would eventually become a famous symbol of the Italian unification, as he participated in many victorious battles for Italian independence.

The name of the person for whom I had asked your protection was the general Count and Countess Pianelli, major of the Turin division (for Saturday meeting).
Please accept my heartfelt thanks,
yours sincerely,
D'Azeglio
22 June 1949