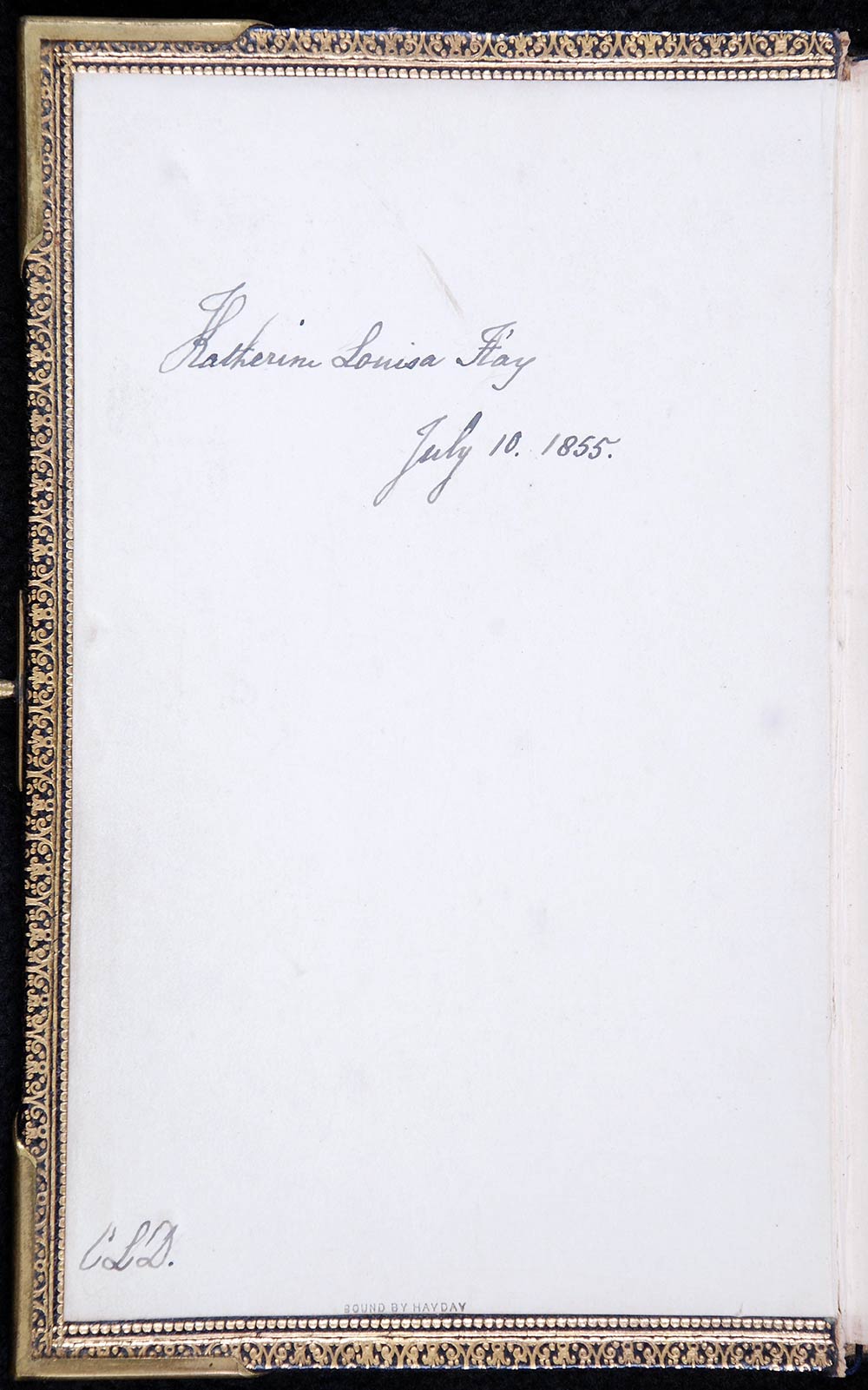 Finely bound in aubergine morocco gilt with brass clasp and corner pieces, this copy of Thornton’s Family prayers is inscribed with the initials of Charles Lewis Dodgson, known by the pen-name Lewis Carroll, who at 23 presented this copy to a young friend. 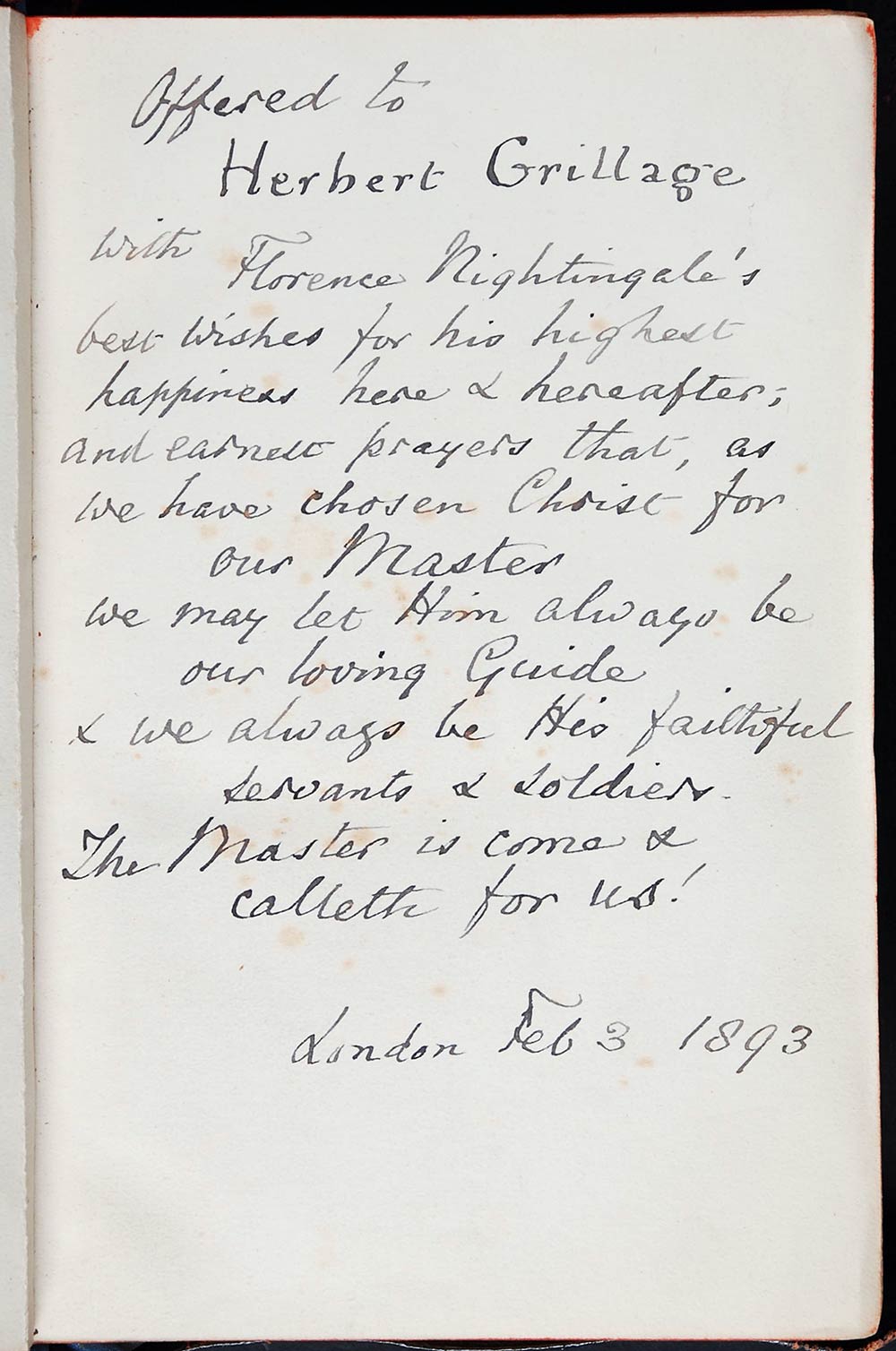 The Reed Collections contain a late nineteenth century English Bible with a presentation inscription by Florence Nightingale dated 1893, when she would have been 72 years of age.

Nightingale (1820-1910) was the British heroine of the Crimean War who, from 1854, with her band of 38 nurses, transformed the appalling conditions of the base hospital at Scutari, Constantinople, and worked tirelessly to ease the wounded soldiers’ suffering.

Nightingale was a figure of immense reverence for the donor of the Reed Collections, A.H. Reed, who in 1960 wrote and published a short biography of ‘The lady with the lamp’ for children. As a child in the 1880s, Reed had spent more than a year in hospital, with a leg ailment so severe that amputation was considered. He viewed his full recovery as miraculous, an experience that no doubt influenced his later interest in volunteering in children wards, notably at Dunedin Hospital. 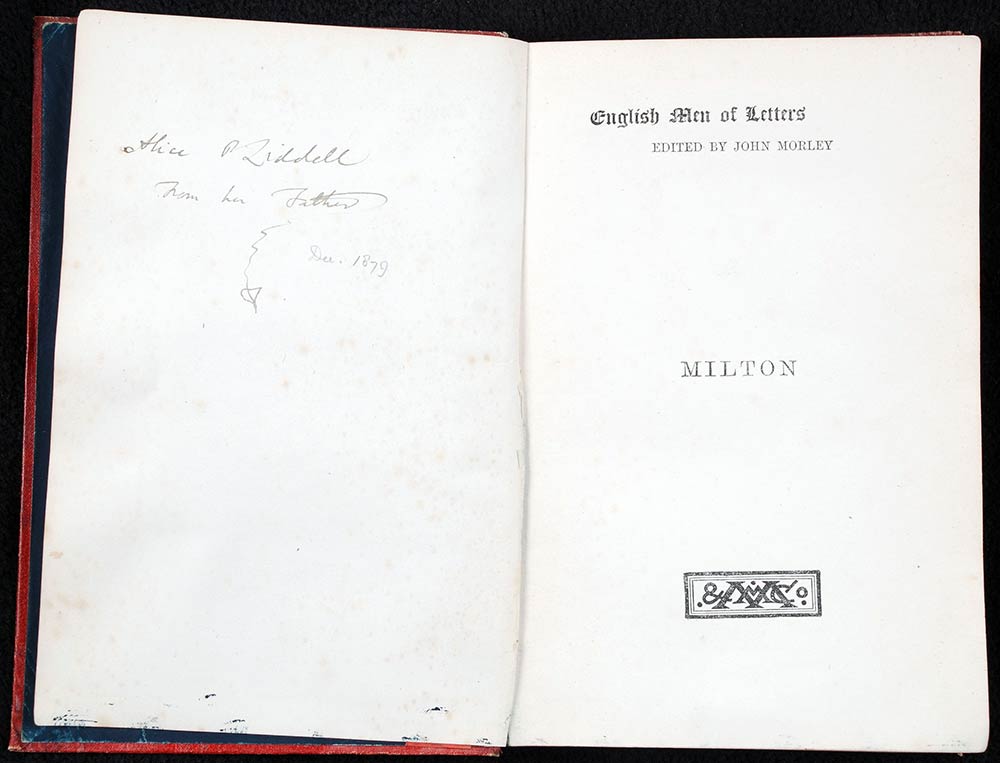 The gift inscription on the front endpaper was written by Henry George Liddell to his daughter Alice Pleasance, who was the prototype for Lewis Carroll’s Alice of Alice’s adventures in Wonderland fame.

Alice (1852-1934) was four when she and her siblings met the then twenty-four-year-old Charles Lutwidge Dodgson (1832-1898), during his visit to their father’s deanery in April 1856. Dodgson became a family friend and on 4 July 1862, invented the story of Alice in Wonderland while on a river picnic with the children. The following year, however, Dodgson was banished from the Liddell household due to an unexplained incident (possibly a marriage proposal to Alice), and his correspondence with Alice, once renewed, became formal and distant.

Alice would have been twenty-seven when she received this book in December 1879, less than a year away from her marriage to Reginald Hargreaves (1851-1926) in September 1880. 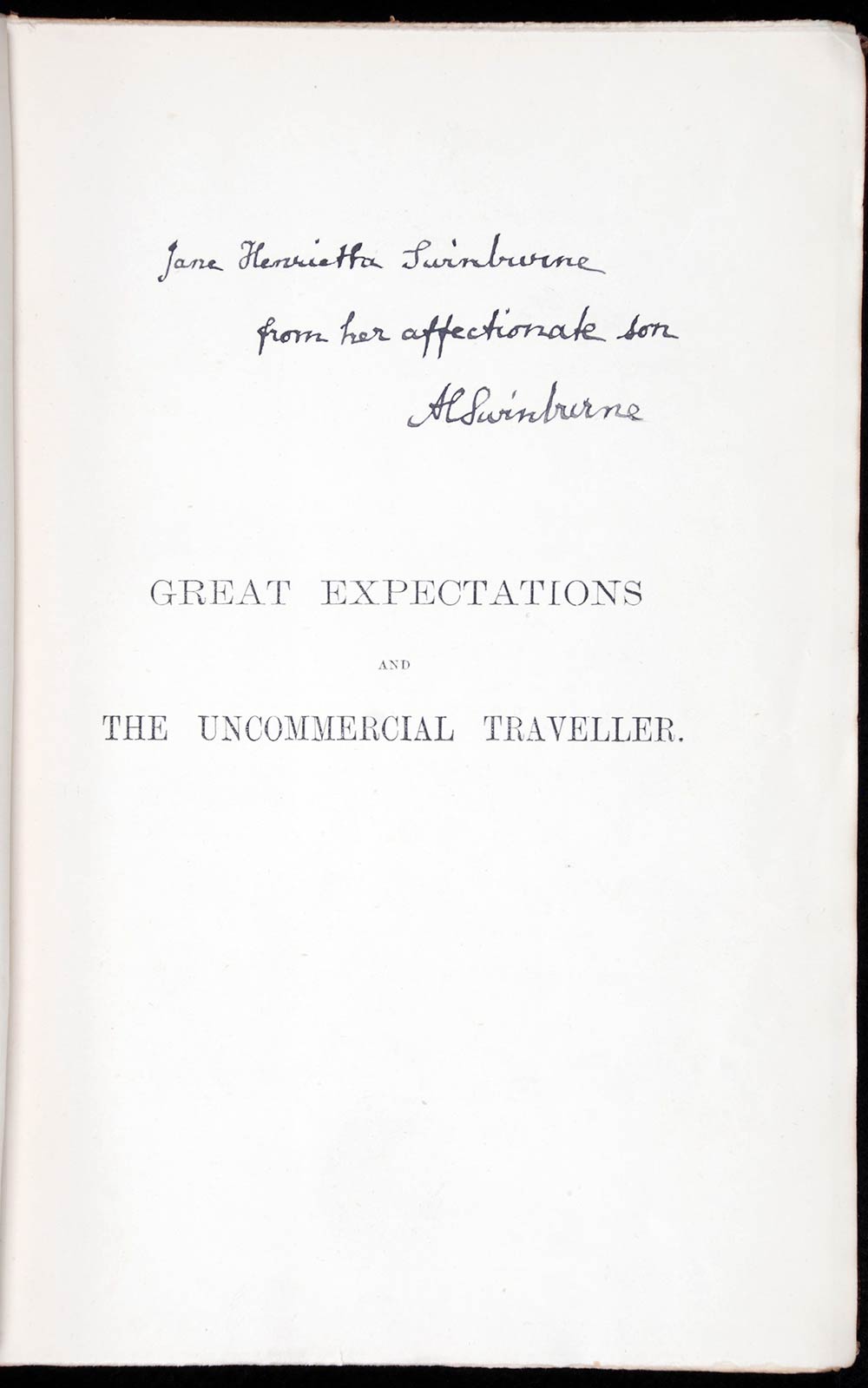 In the summer of 1849, when Charles Dickens was 37 years of age, he and his family spent a holiday at Bonchurch in the Isle of Wight, where, on one occasion, they were entertained to tea in Lady Jane Swinburne’s garden. Forster quotes from a letter from Dickens in which he referred to “a golden-haired lad of the Swinburnes” with whom the Dickens boys used to play.

This would have been the poet and literary reviewer Algernon Charles Swinburne (1837-1909) who would then have been about 12 years of age. Swinburne was close to his mother, a cultured and maternal woman, and more than 40 years later, gave to her an inscribed copy of Great expectations, which resides today in the Reed Collections.