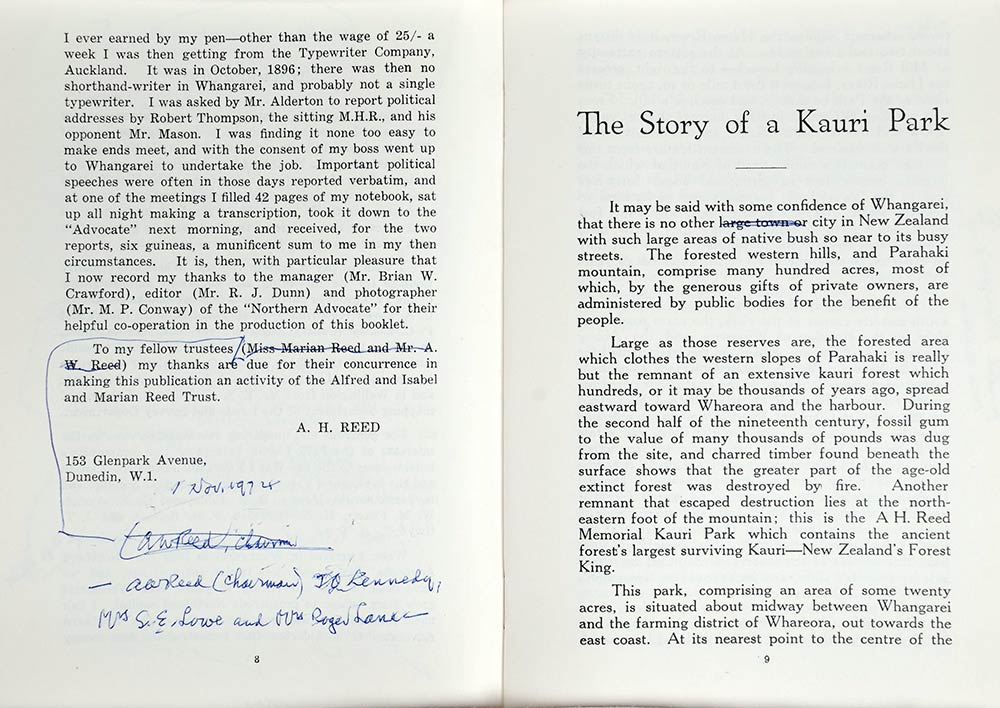 A.H. Reed. The story of a kauri park. Wellington: Reed, for the Alfred and Isabel and Marian Reed Trust, 1959.

This copy of The story of a kauri park contains extensive emendations and alterations in Reed’s hand, presumably in preparation for a revised edition.

At the end of the introduction, the date “1 Nov. 1974” is inscribed in Reed’s hand. Reed was therefore ninety nine years of age when he made these emendations and a new edition of this book may have been among his final projects. He died in Dunedin on 15 January 1975.

A.H. Reed. The story of a kauri park. Wellington: Reed, for the Alfred and Isabel and Marian Reed Trust, 1959.
Open image in new window 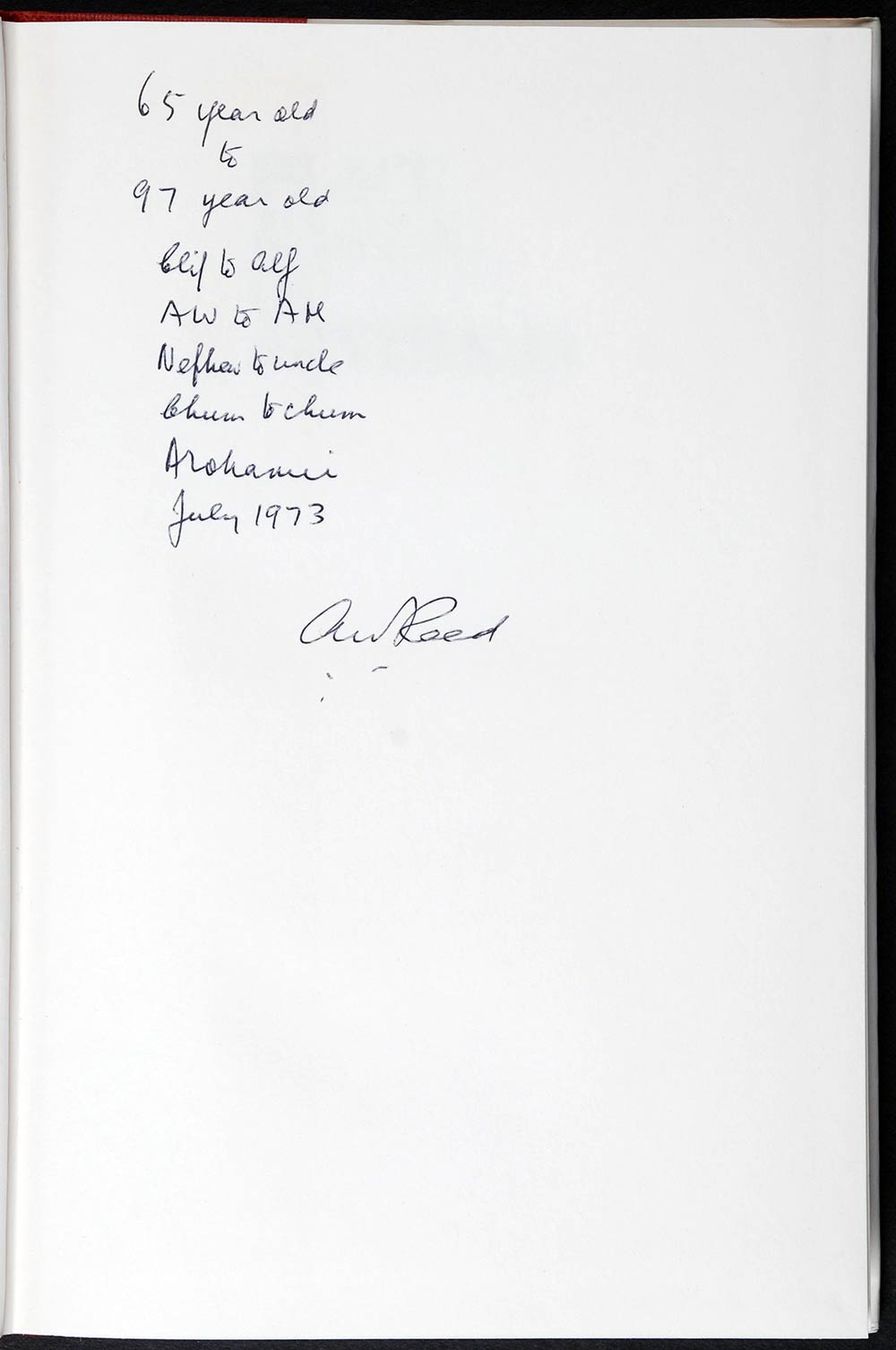 In his 1969 autobiography, Reed wrote that association books “have always appealed to me as radiating something of the personality of the writer, or person with whom they have been associated.” This sentiment aptly describes the intimate humour of A.W. Reed’s presentation inscriptions written in late-life to his uncle, Mr Reed himself.

Alexander Wyclif (‘Clif’) Reed (1908-1979) was still a youth when he was first employed by his stern yet benevolent uncle in the Christmas holidays of 1923-24, working for Alfred’s Sunday school supply business. In 1932, Clif joined his uncle to form the company of A.H. & A.W. Reed Ltd., and subsequently opened the Wellington branch. Clif took over as managing director of the business when Alfred withdrew from active involvement and closed his Dunedin office in 1940.

There are several inscriptions of similar character by Clif to Alf in the Reed Collections. 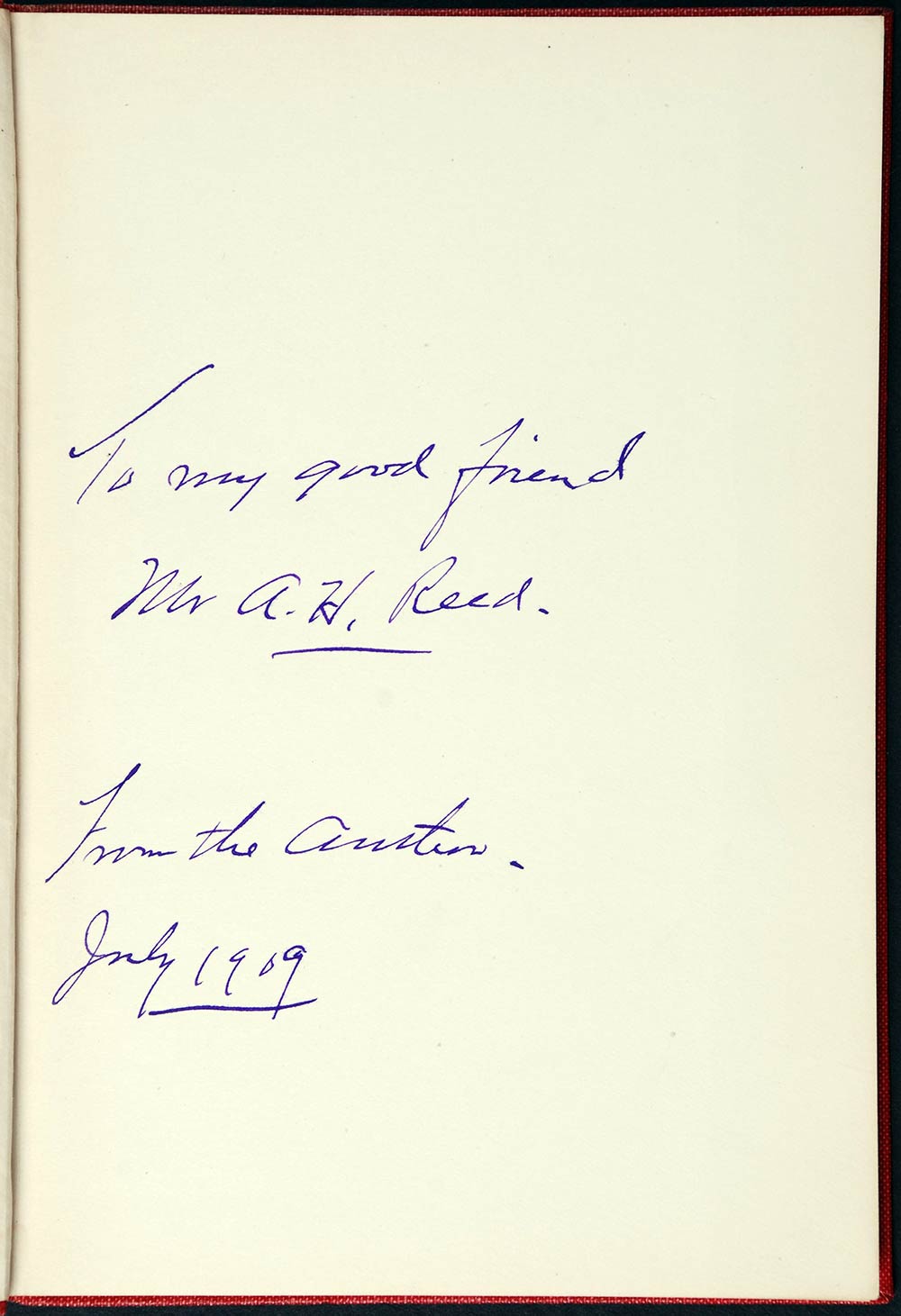 This Sunday school manual contains the presentation inscription of its author, Marion Lawrance (1850-1924), a prolific writer of Sunday school publications from Toledo, Ohio, to A.H. Reed, dated 1909. Reed was just 33 years of age at the time of this gift and his publishing career was in its infancy.

Starting out as a small-time supplier of imported Sunday school materials in Dunedin, Reed boasted that his Sunday School Supplies Stores offered “everything for the modern Sunday school.” Most Sunday school lesson material available in shops at this time was imported from Britain, but Reed considered America more progressive both in terms of teaching methods and class materials. Reed maintained contact with several American publishers and imported some of their wares. 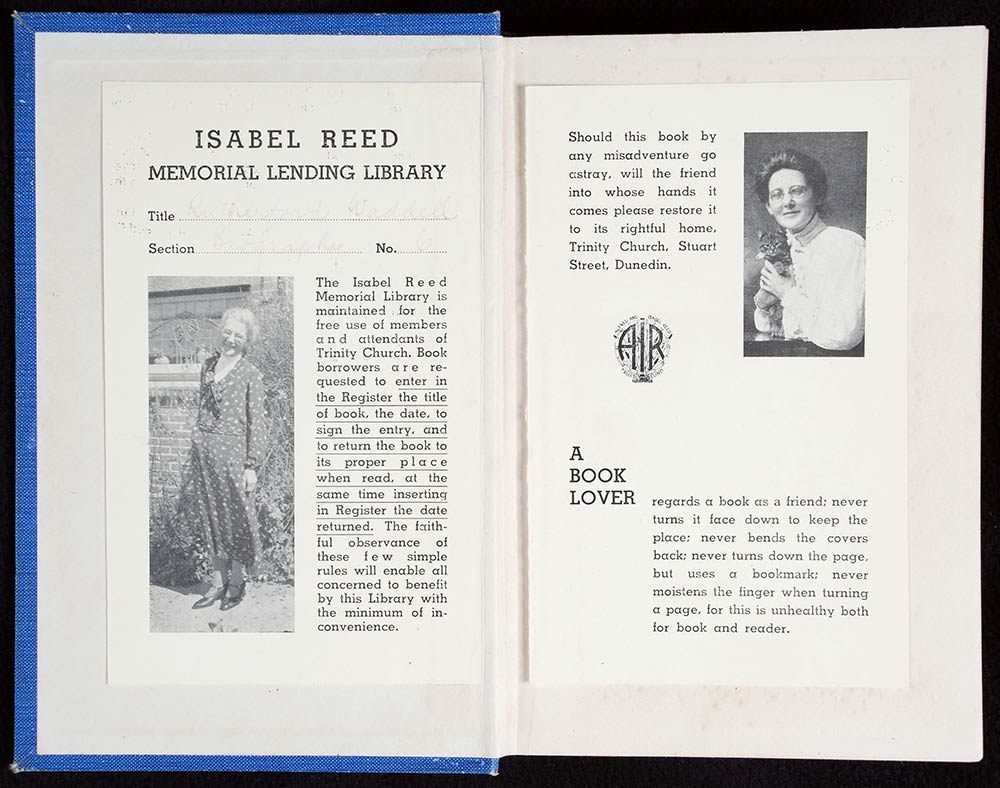 This copy of Rutherford Waddell’s memoirs was formerly held by the Isabel Reed Memorial Lending Library at Trinity Methodist Church (now Fortune Theatre) in Stuart Street. It includes a printed leaflet pasted on the inside front cover, complete with ‘title’, ‘section’ and ‘number’ in Alfred Reed’s handwriting, instructions for borrowing books, and two photographs of Isabel Reed.

The books were for the use of Church members, and could be borrowed on a self-regulating basis. This copy is a recent addition to the Reed Association Collection, donated by Reed’s biographer Ian Dougherty.