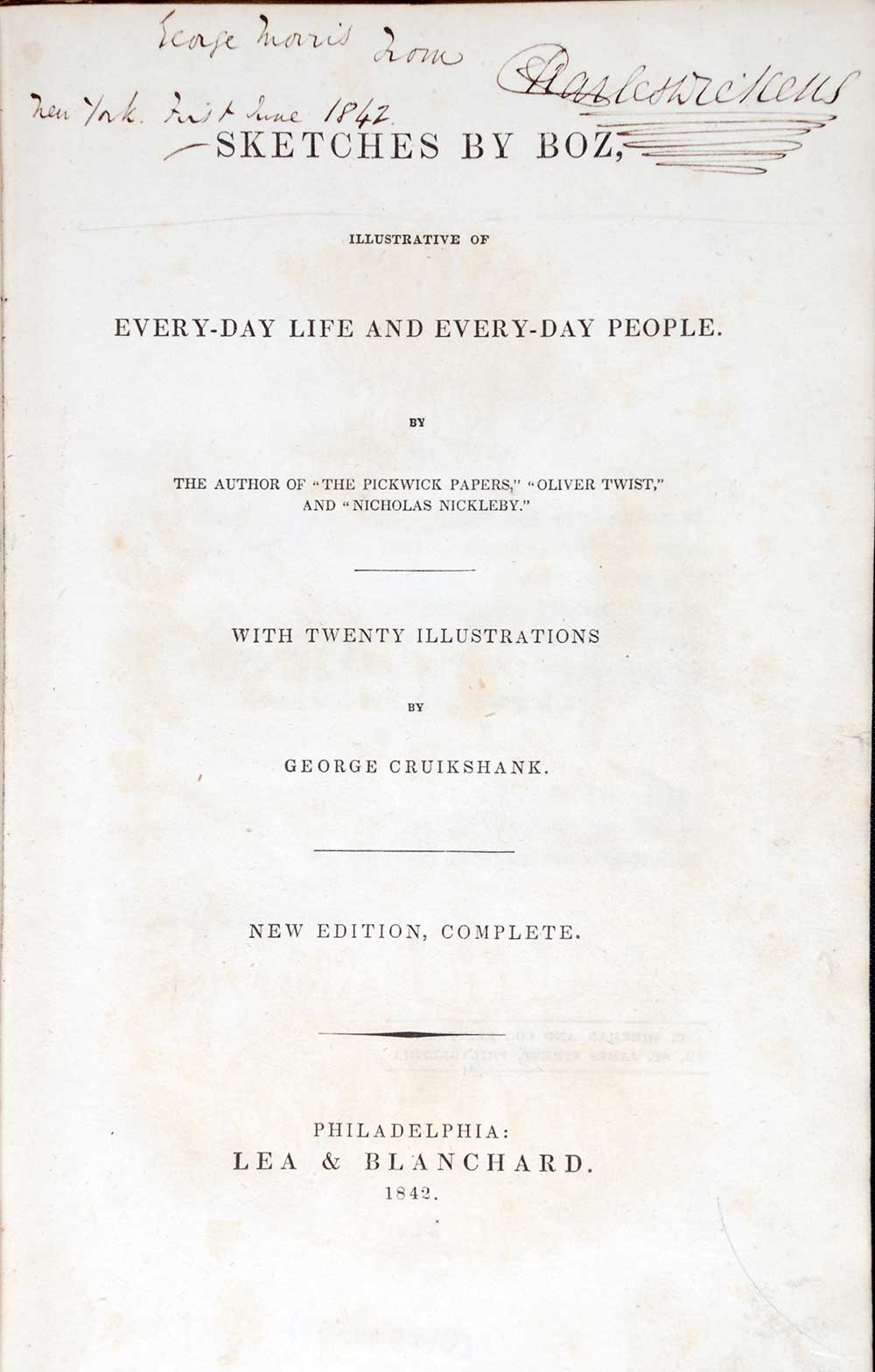 One of Alfred Reed’s later purchases was a copy of an 1842 American edition of Sketches by Boz bearing Dickens’ signed presentation inscription to General George Morris (1802-1864). Morris was a well-known American journalist of his day, who edited the New York Mirror and Ladies’ Literary Gazette and wrote the largely forgotten poem ‘Woodman, spare that tree.’

When Dickens travelled to America for the first time in 1842 with his wife Catherine, they met with a tumultuous reception at New York. They were greeted by General Morris who escorted them to a theatre ballroom filled with more than three thousand people.

His first American trip provided Dickens with an immense amount of material for American notes, and the seeds of Martin Chuzzlewit. 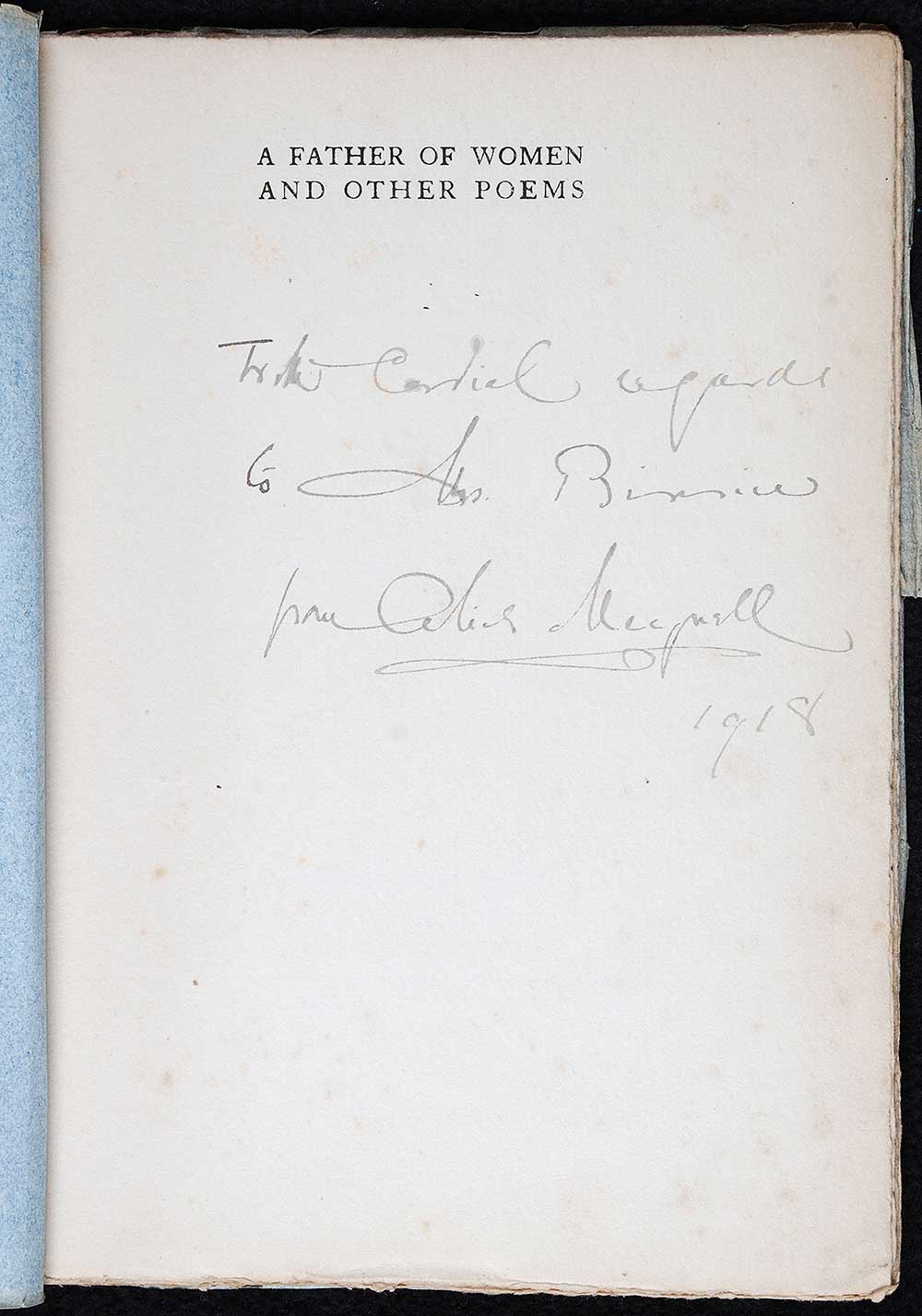 Alice Christiana Meynell (1847-1922) was an English poet, journalist and suffragist. Her father, Thomas James Thompson, was a friend of Charles Dickens. She married the Roman Catholic journalist Wilfrid Meynell in 1877 and settled in London, where the couple edited various periodicals including the Weekly register and Merry England. Mrs Meynell became the loving mother of eight children while continuing her journalist work.

The Reed Collections contain a copy of one of Meynell’s later poetic anthologies A father of women, with the author’s presentation inscription on the half-title page. 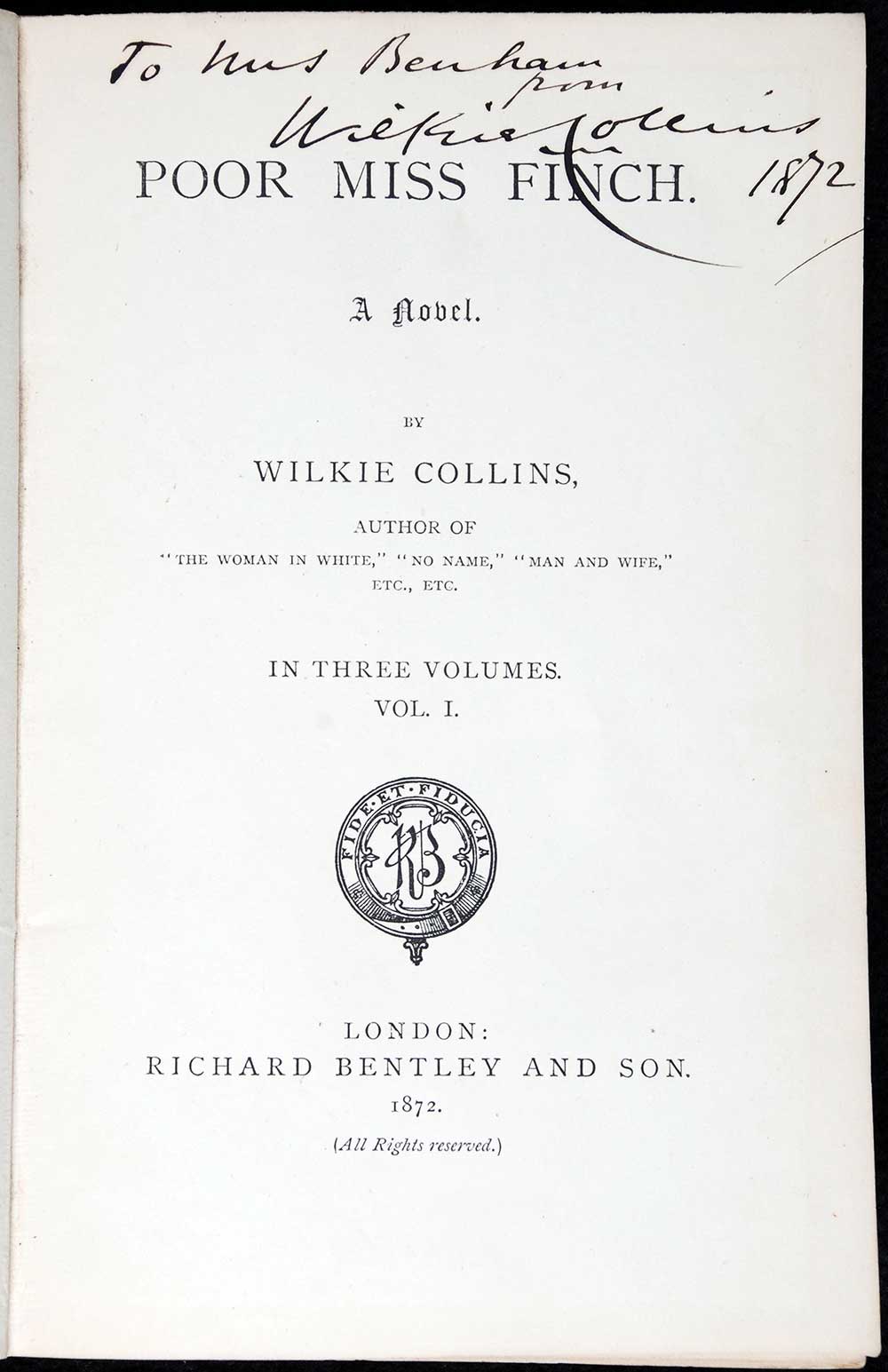 In 1851, Collins met and became close friends with Charles Dickens, who found his enjoyment of life and disregard for its conventions refreshing. A number of his works were first published in Dickens’ periodicals Household words and All the year round, and the two authors collaborated in several fictional and dramatic works.