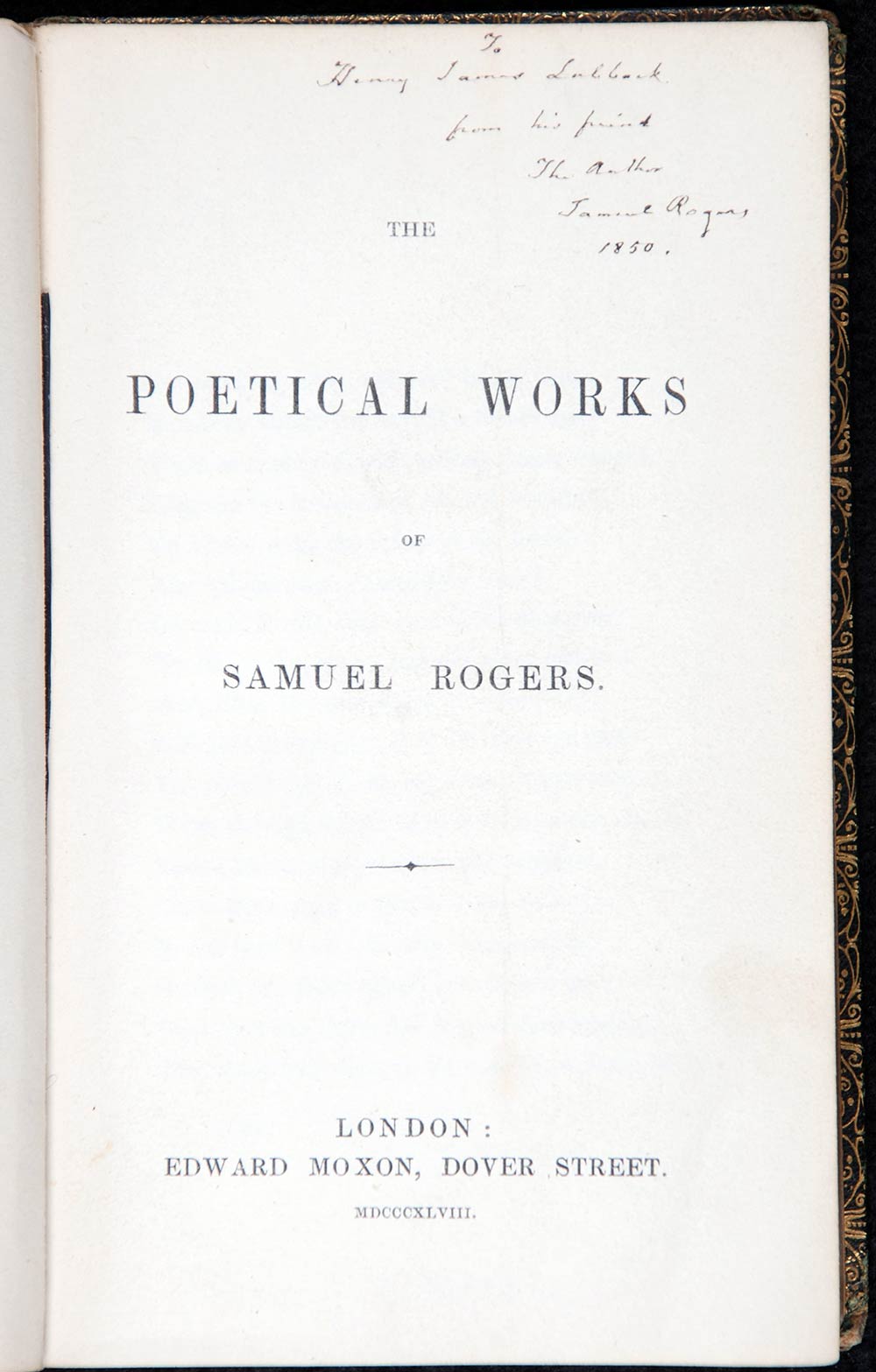 Samuel Rogers (1763-1855), known as the ‘banker poet’ was born in London and joined his father's bank at the age of sixteen. He enjoyed banking by day and writing poetry in the evening. His poem 'Pleasures of memory' (1792) brought him to literary fame and thereafter he was, during his lifetime, a celebrated poet. He retired from business comparatively early in life, and entertained most of the distinguished people of his time. He was also well known for his acerbic wit.

In later life Rogers met Charles Dickens, who dedicated to him Master Humphrey’s clock (1840-1841). The Reed Collections include a copy of Rogers’ poetical works with his autograph inscription, clearly written at 87 years of age; he lived to be 92. 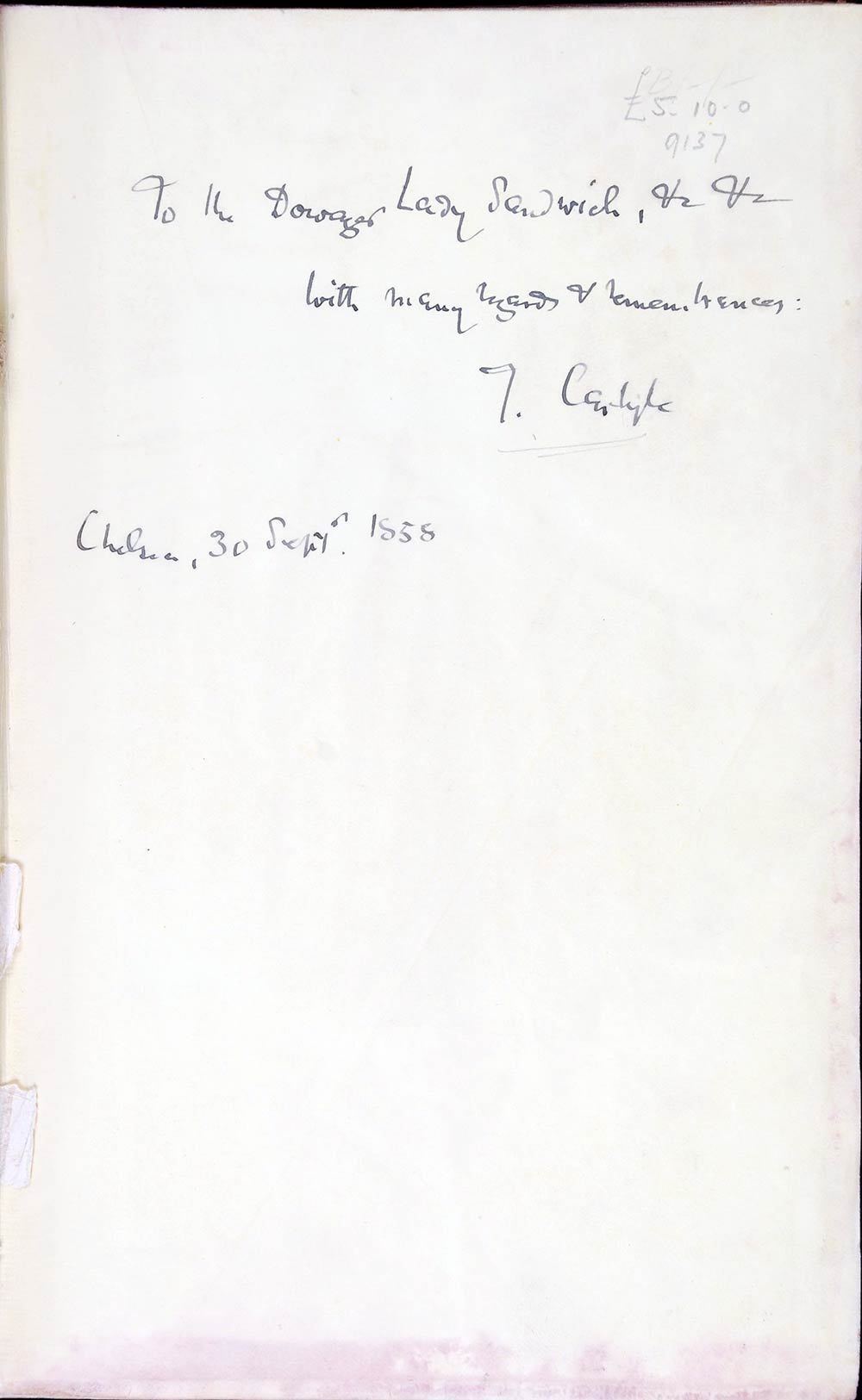 Thomas Carlyle (1795-1881) was a Scottish essayist, historian and biographer. Carlyle famously viewed history as dictated largely by the actions of ‘great men’ or heroes who were gifted with the right traits as well as divine inspiration. This view is manifested in his last major work, the epic biography of Frederick the Great.

The Reed copy of the first volume of this monumental history includes the author’s presentation inscription to Mary Montagu, Lady Sandwich (1812-1859). The third volume is inscribed to her husband, British peer and Conservative politician John Montagu, 7th Earl of Sandwich (1811-1884). 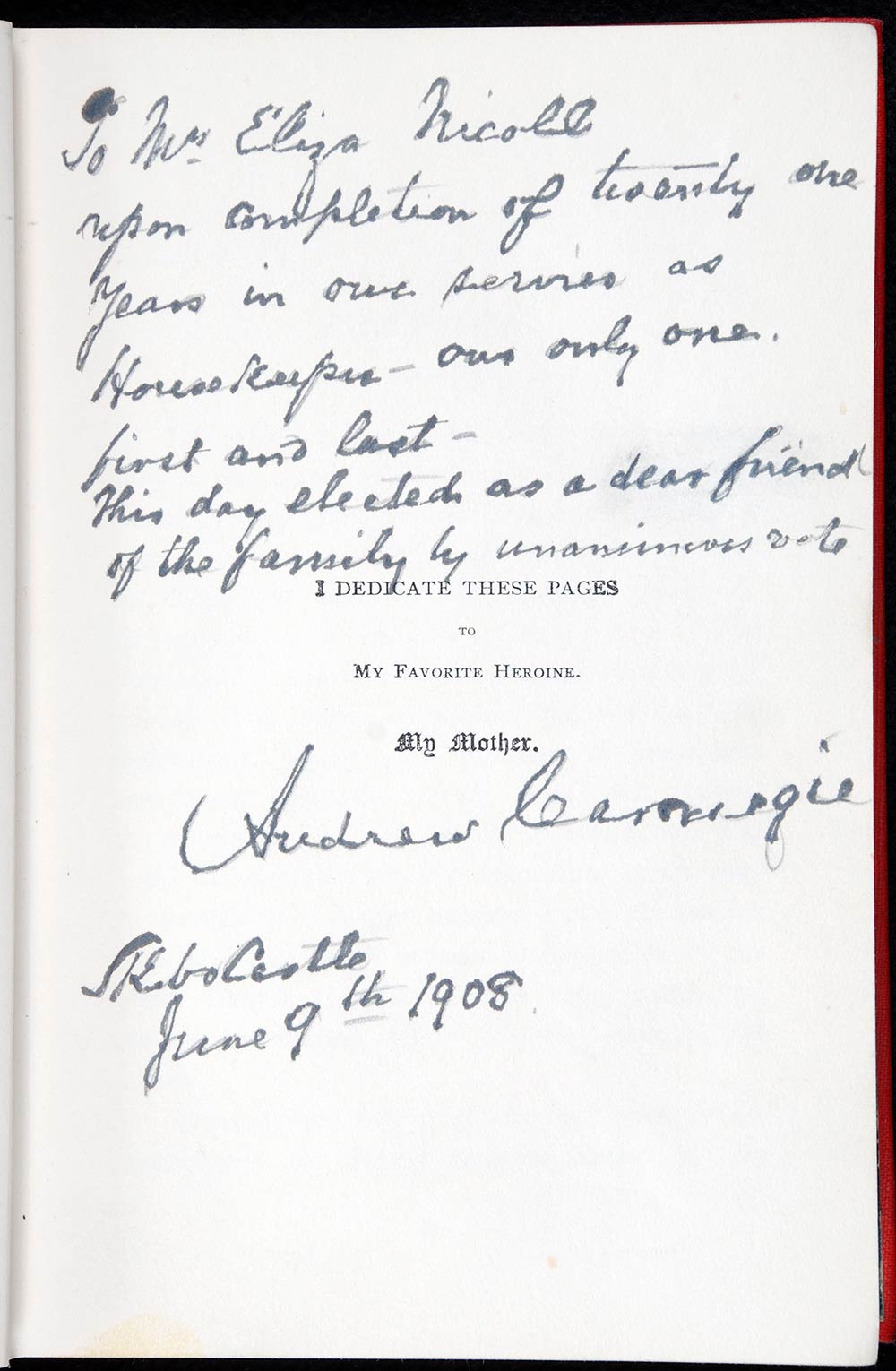 Andrew Carnegie (1835-1919) was a Scottish-American industrialist and philanthropist. Despite his staunch economic conservatism, he is chiefly remembered for his generous funding of free public libraries, including in New Zealand.

First published in 1883, An American four-in-hand in Britain tells of Carnegie’s experiences touring the British countryside by horse coach with a group of friends in 1881.

The Reed copy of a 1903 American edition contains Carnegie’s presentation inscription, signed in 1908 at his home Skibo Castle in the Scottish Highlands, to Mrs Eliza Nicoll, to whom he offers effusive thanks for 21 years of service as his only housekeeper.