Case 1 - From the Library of Dickens 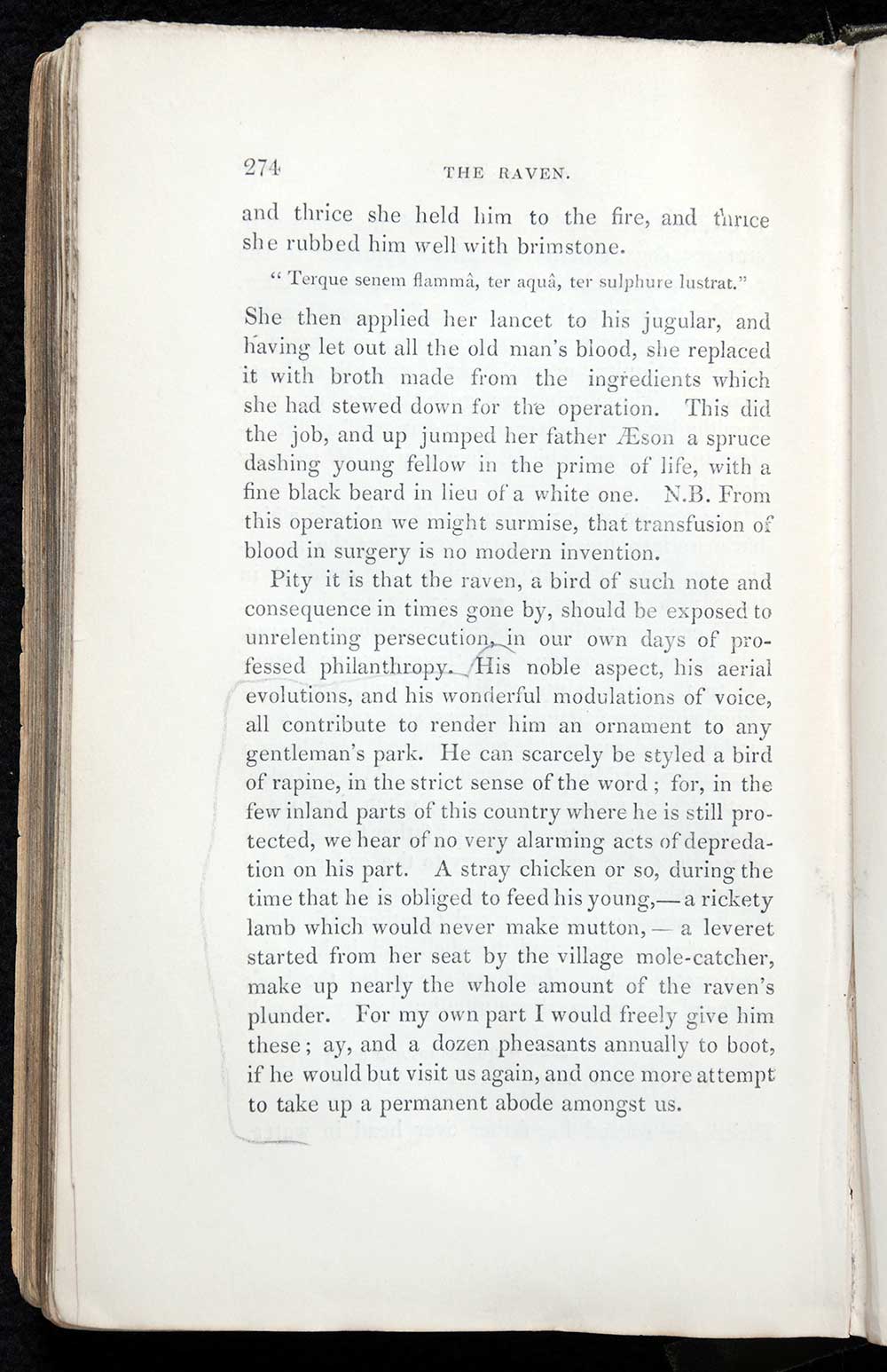 The Reed Collections include four books from the library of Charles Dickens. None, however, are as intimately attached to one of Dickens’ most memorable characters as Waterton’s Essays on natural history. The character of ‘Grip’, Barnaby Rudge’s pet raven, was a composite of two successive ravens of that name which formed part of the Dickens household while he was writing Barnaby Rudge.

Dickens quoted from Waterton in his preface to Barnaby Rudge, and the pencilled markings in the chapter on ravens, bears evidence that it assisted Dickens in describing the fictional ‘Grip.’ 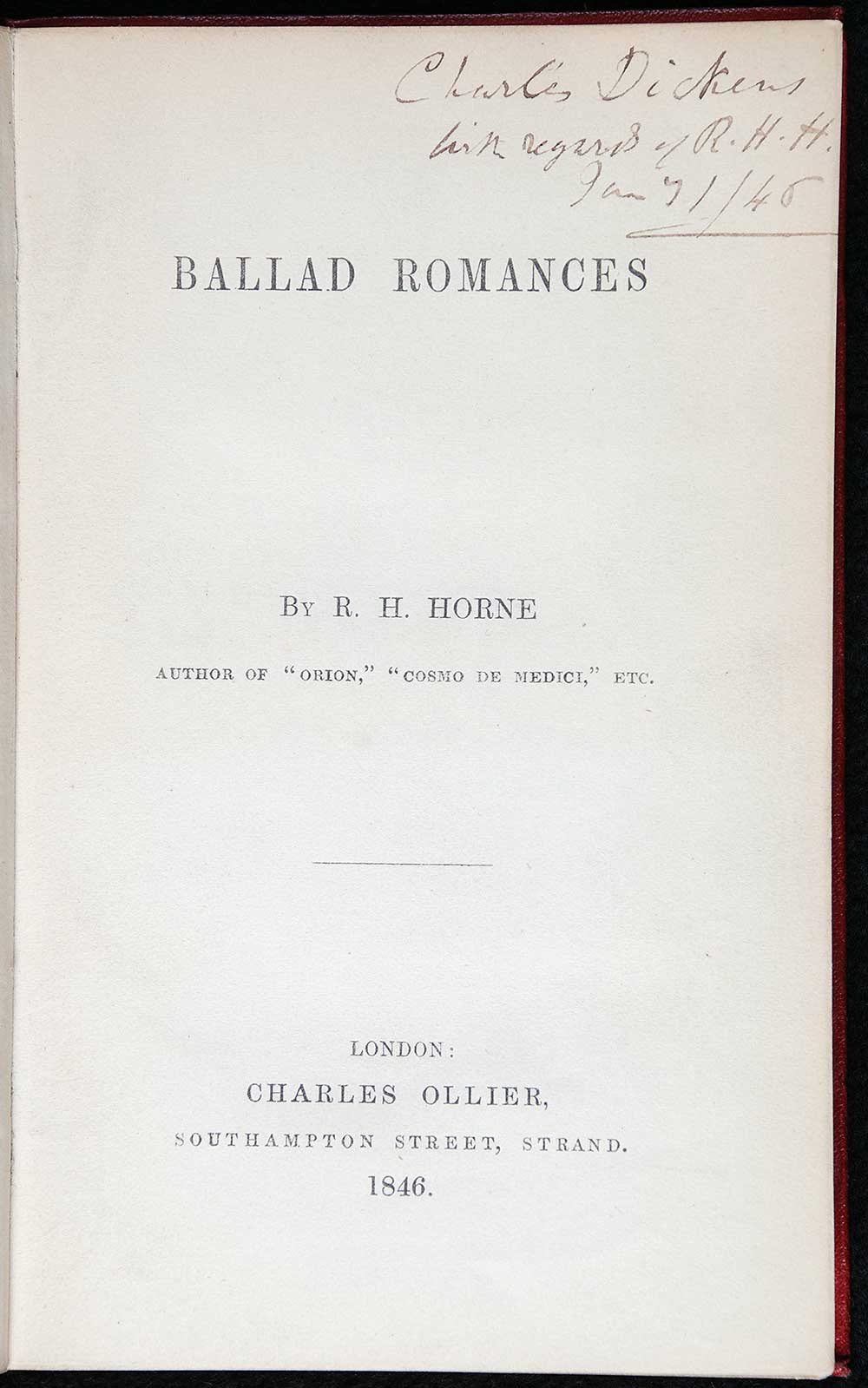 Another book from the library of Charles Dickens is R.H. Horne’s Ballad romances which bears the author’s presentation inscription to Dickens.

Richard Henry Horne (1802-1884) was an English poet and critic most famous for his poem Orion. He was an acquaintance of Dickens, who employed him as a sub-editor of the weekly journal Household words in 1849. 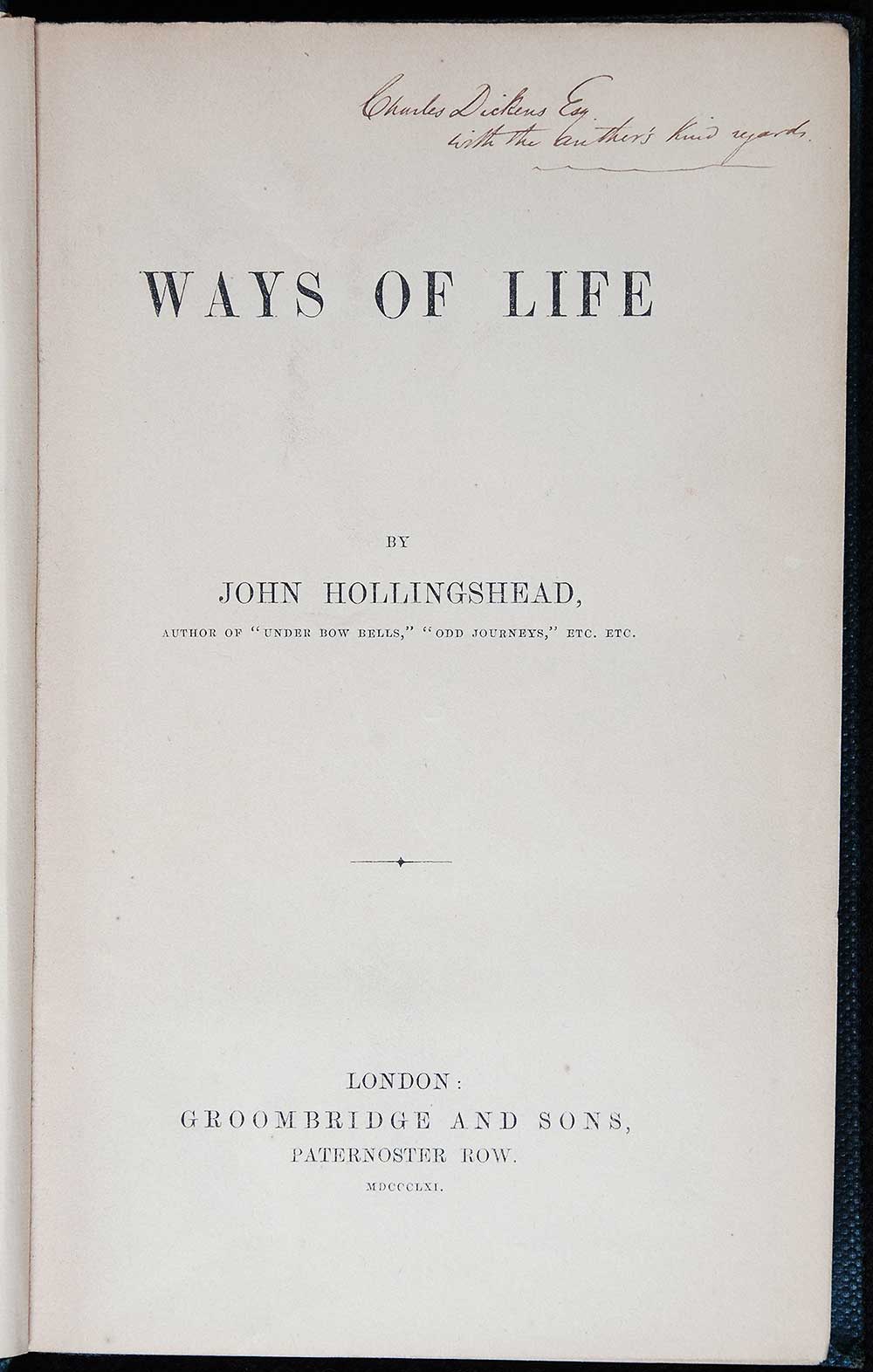 Another book from the library of Charles Dickens is John Hollingshead’s Ways of life which bears the author’s presentation inscription to Dickens.

John Hollingshead (1827-1904) was an English theatrical impresario, journalist and writer. He too worked for Dickens at Household words, beginning in 1854. In 1868, he became proprietor of the Gaiety Theatre in London, which Dickens attended only once – Uncle Dick’s darling was the last play that theatre-buff Dickens saw, a few weeks prior to his death. 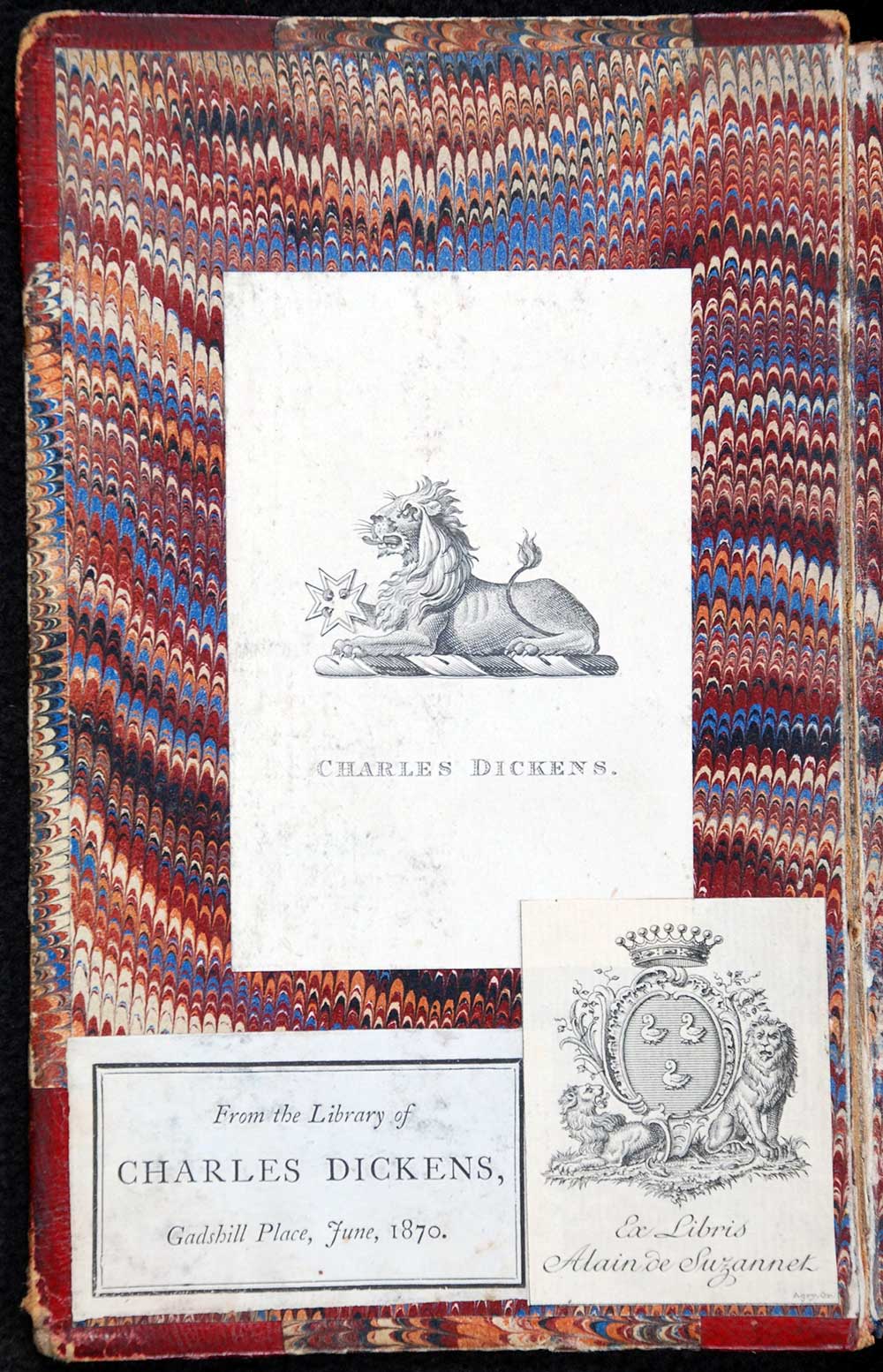 Another book from the personal library of Dickens at Gadshill Place is a French translation of Dickens’ The old curiosity shop published in Paris in 1857 It also contains the bookplate of Dickensiana collector Comte Alain de Suzannet (1882-1950). 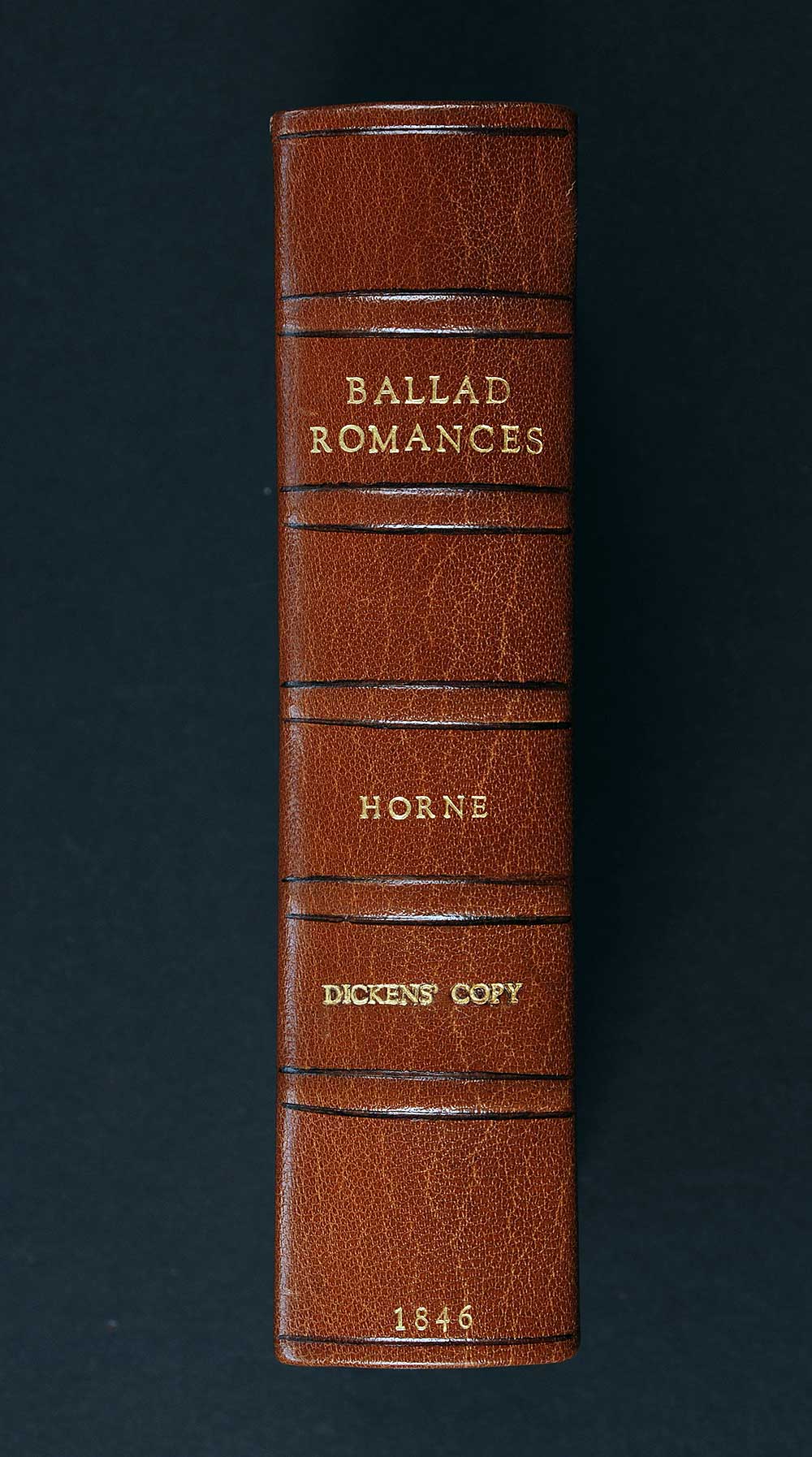