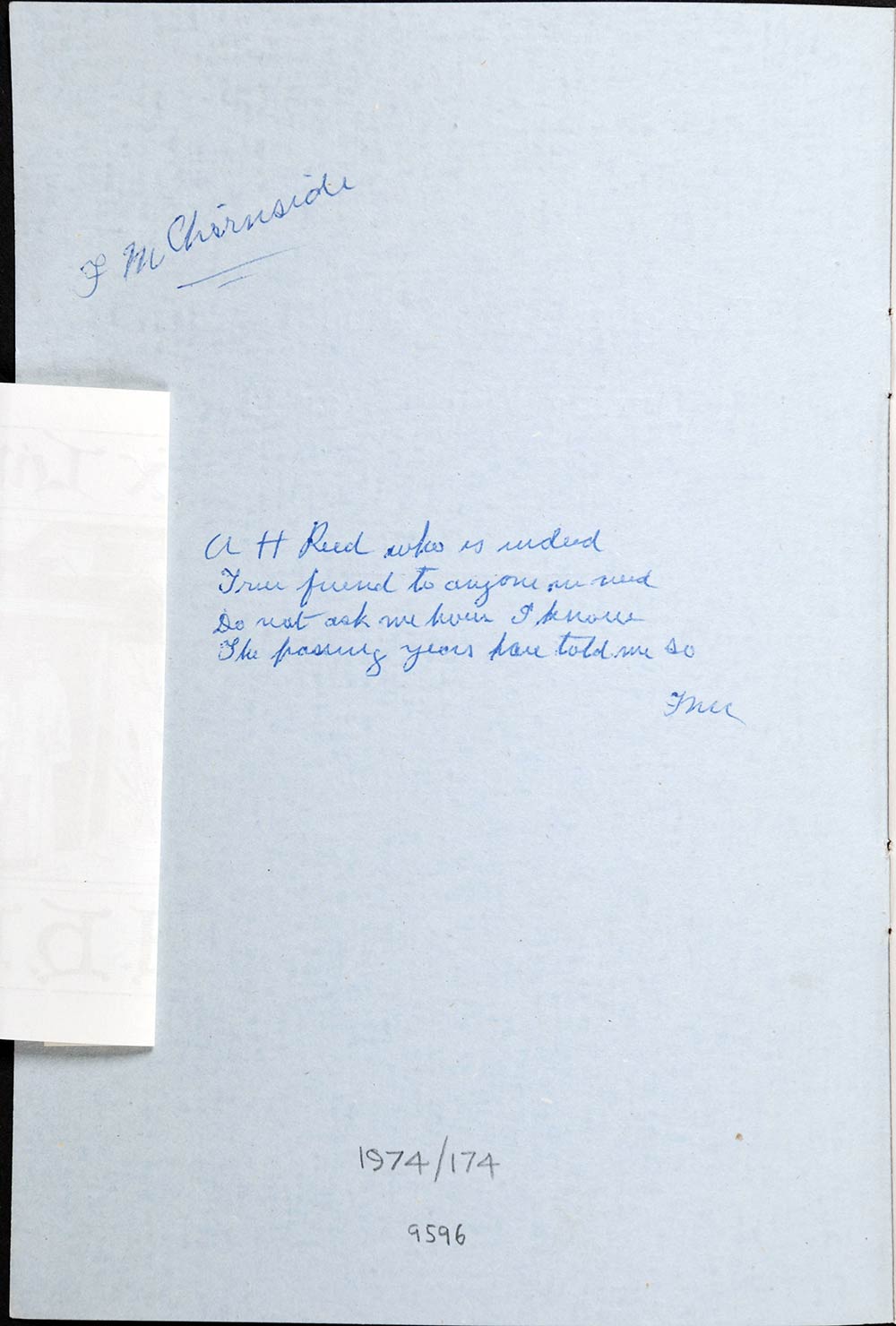 This modest book of poems contains a presentation inscription to A.H. Reed in verse by the author Florence Mary Chirnside.

Chirnside (1873-1958) was a neighbour of Reed’s in Glenpark Avenue and her verse inscription provides a hint of the esteem in which Mr Reed was held by those who knew him. Reed himself was fond of utilising similarly simple rhymes in marketing his wares, for instance: ‘At Christmastide, your every need / is here supplied by A.H. Reed.’ His surname, too, was a regular source of puns, as in ‘Write to Reed.’ 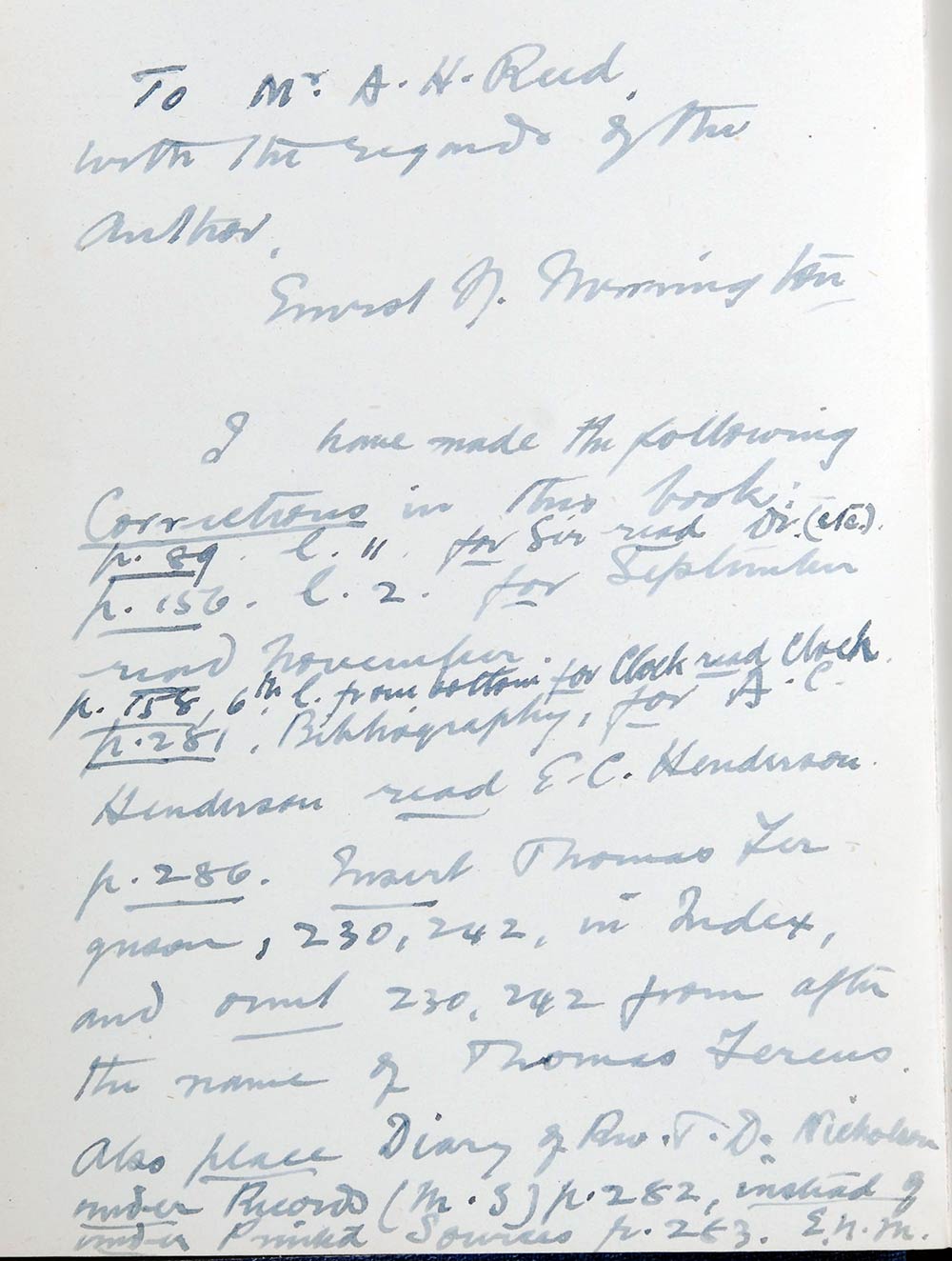 The Reed Association Collection contains several books which the authors have inscribed to Mr Reed himself. One such example is a copy of Ernest N. Merrington’s 1929 biography of Thomas Burns. Below Merrington’s gift inscription (and in lieu of an errata slip), he has inscribed in fine detail the necessary textual corrections to be made, for Reed’s perusal – including the date of departure of the John Wickliffe, wrongly printed as September 1847.

The Rev Dr Ernest N. Merrington (1876-1953) was an Australian born clergyman who served as Minister of First Church of Otago (1923-1928) and subsequently as Master of Knox College, Dunedin. 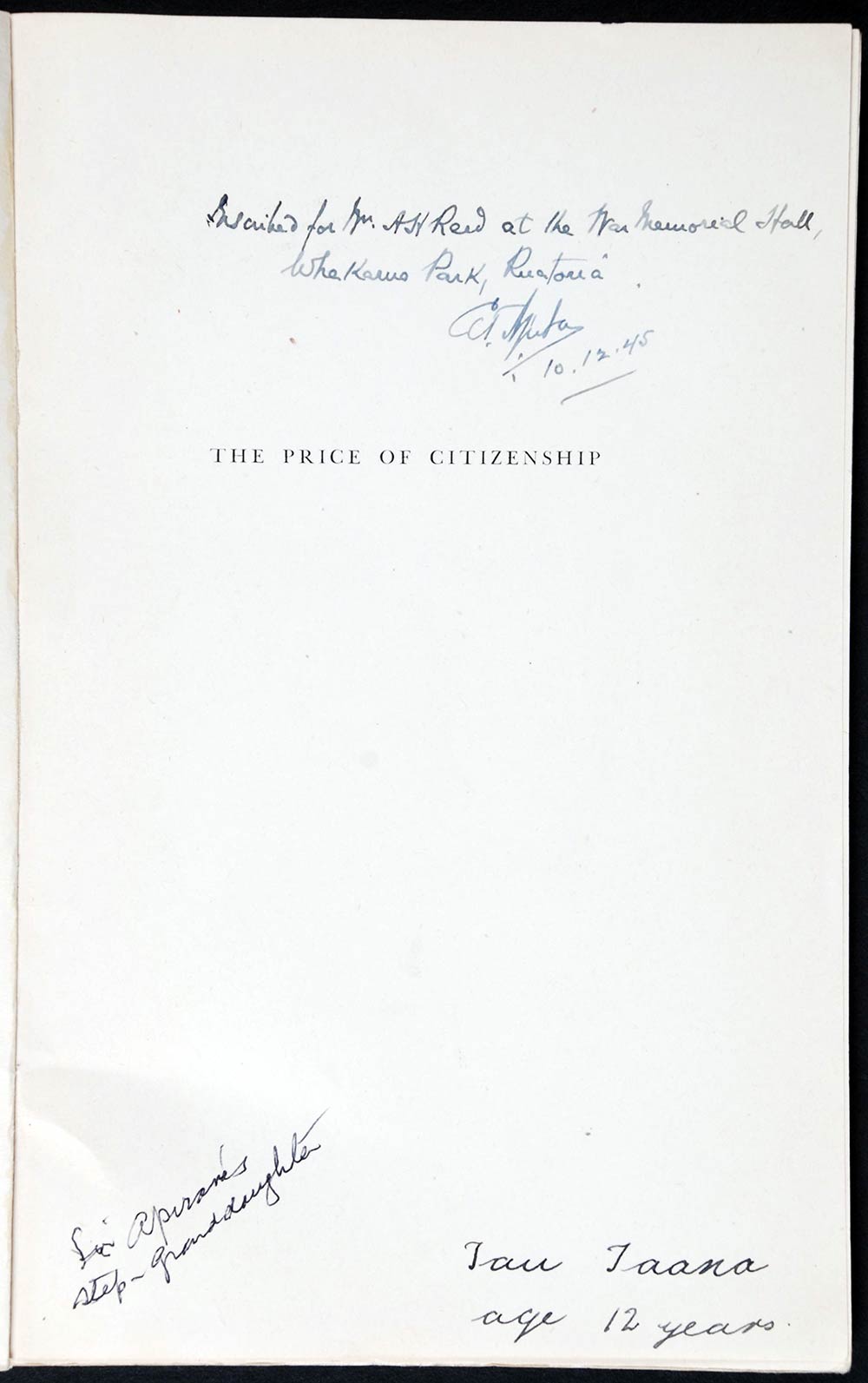 This copy of The price of citizenship, a memorial to Lieutenant Ngarimu, V.C., is inscribed to Reed by the author Sir Apirana Ngata (1874-1950), a prominent Ngati Porou leader, land reformer, politician, lawyer and scholar.

In his 1969 autobiography, Reed describes the day he met Ngata and received this gift. After being warned by his hotel hostess that he might find Sir Apirana unapproachable, Reed was greeted at his Ruatoria home by his granddaughter (whose inscription the copy also bears). She directed Reed to a hall, where Ngata’s response “at first was chilling” but he thawed upon discovering the identity of his visitor. Ngata spoke appreciatively of certain Reed publications and kindly invited Reed to tea and inscribed to him this very copy.