The Reed Collections copy of Far from the madding crowd contains a presentation inscription by the English novelist Thomas Hardy (1840-1928) to Florence Henniker.

Thomas Hardy met the novelist Florence Henniker (1855-1923) in May 1893. She was the daughter of Richard Monckton Milnes, Lord Houghton, and married to a distinguished soldier. Hardy seems to have fallen in love with Henniker, who nevertheless remained staunchly loyal to her husband. The novelists however remained lifelong friends and collaborated on a short story ‘The spectre of the real’, first published in 1894. Hardy’s letters to Henniker were published as One rare fair woman in 1972. 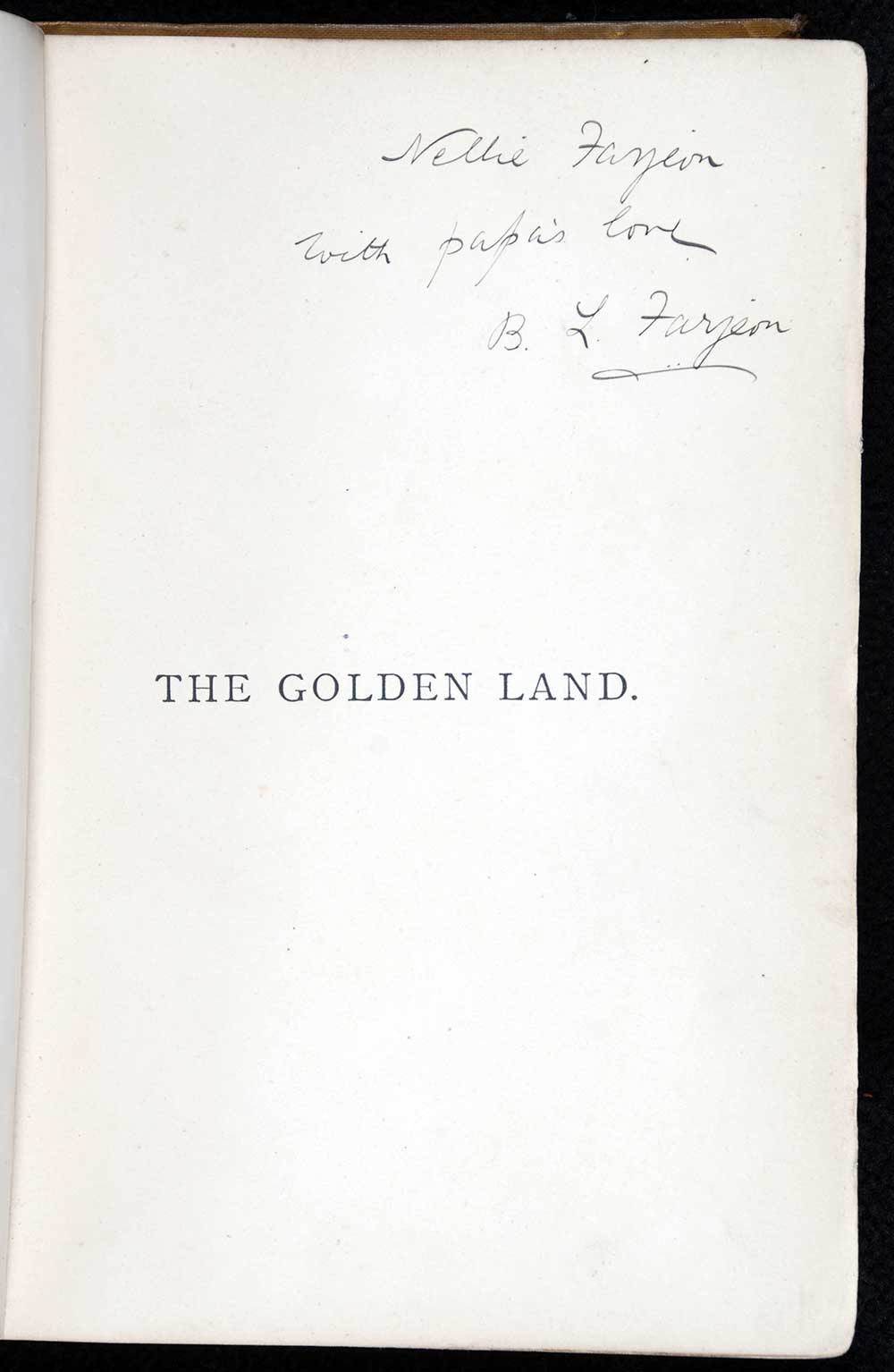 A Reed Collections copy of Benjamin Leopold Farjeon’s novel The golden land contains the author’s presentation inscription to his daughter, the esteemed children’s writer Eleanor Farjeon. Benjamin named three of the child characters in this novel after his own children Harry, Eleanor and Joe (Herbert Farjeon was not born until 1887). The characters are depicted as older children and this copy held a special place in the Farjeon family nursery.

London-born Benjamin (1838-1903) had come to New Zealand in 1861 where he became business manager of the newly established Otago Daily Times, before returning to London in 1867 to continue his career as a popular novelist.

A.H. Reed, had a lengthy correspondence with Eleanor Farjeon (1881-1965) during her later years, and numerous letters to “Dear Alfred” are housed in the Reed Collections. As an outcome of this correspondence, Eleanor donated an extensive collection of Farjeon family works including books, manuscripts and portraits. 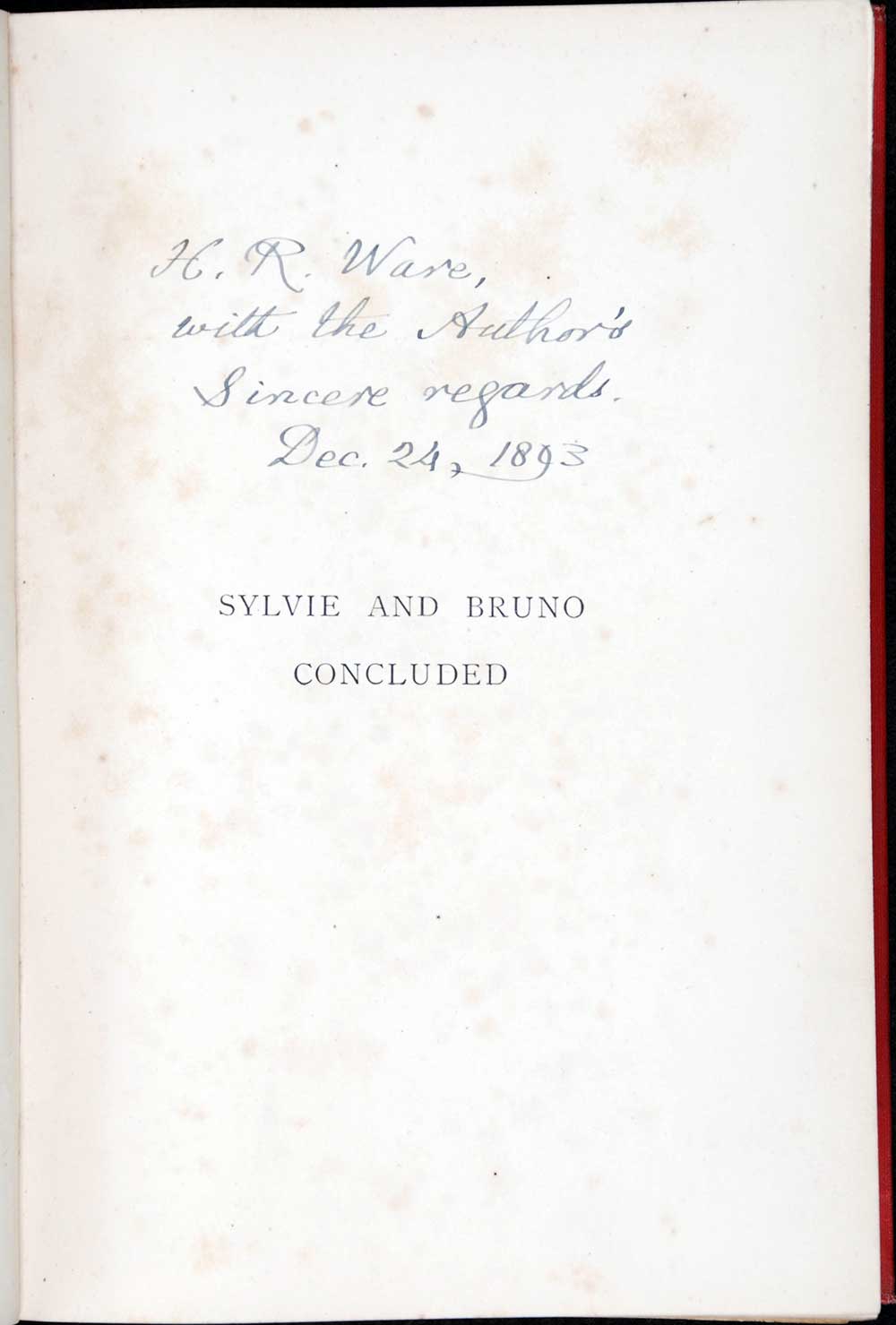 Lewis Carroll was the pen-name of Charles Lutwidge Dodgson (1832-1898), the English writer most famous for his novels Alice’s adventures in Wonderland (1865) and its sequel Through the looking-glass (1871).

Sylvie and Bruno, and its sequel Sylvie and Bruno concluded were two of Carroll’s later novels. More lengthy and complicated than the ‘Alice’ stories, these tales of fairy siblings had a didactic element which he had previously eschewed.

Reed Collections copies of both novels contain presentation inscriptions by Carroll to H.R. Ware. The Reverend Henry R. Ware was a Guildford clergyman (born c. 1836) who became a friend to Carroll in his later years.