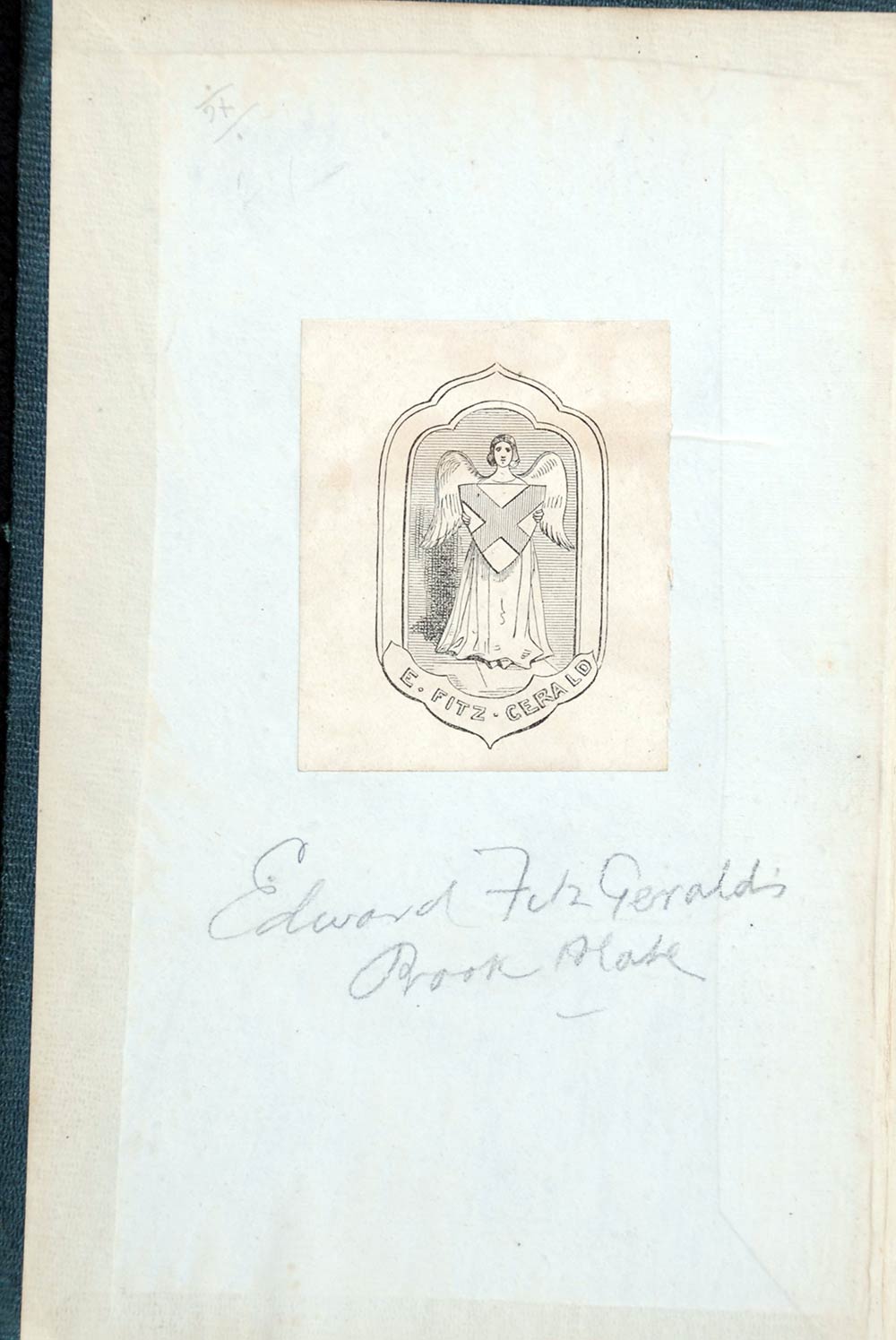 This copy contains the bookplate of the poet Edward Fitzgerald (1809-1883), known for his translation of The Rubaiyat of Omar Khayyam.

Trinity College, Cambridge holds several volumes of incongruously bound volumes of tracts and excerpts which it was Fitzgerald’s habit to make up. Fitzgerald’s copy of Gretry’s Memoires appears to have received the same treatment, for the volume is made up of various out of order sequences of leaves from the three volume 1797 reprint of the 1789 first edition.

Fitzgerald’s bookplate was designed by his friend, the novelist William Makepeace Thackeray (1811-1863). 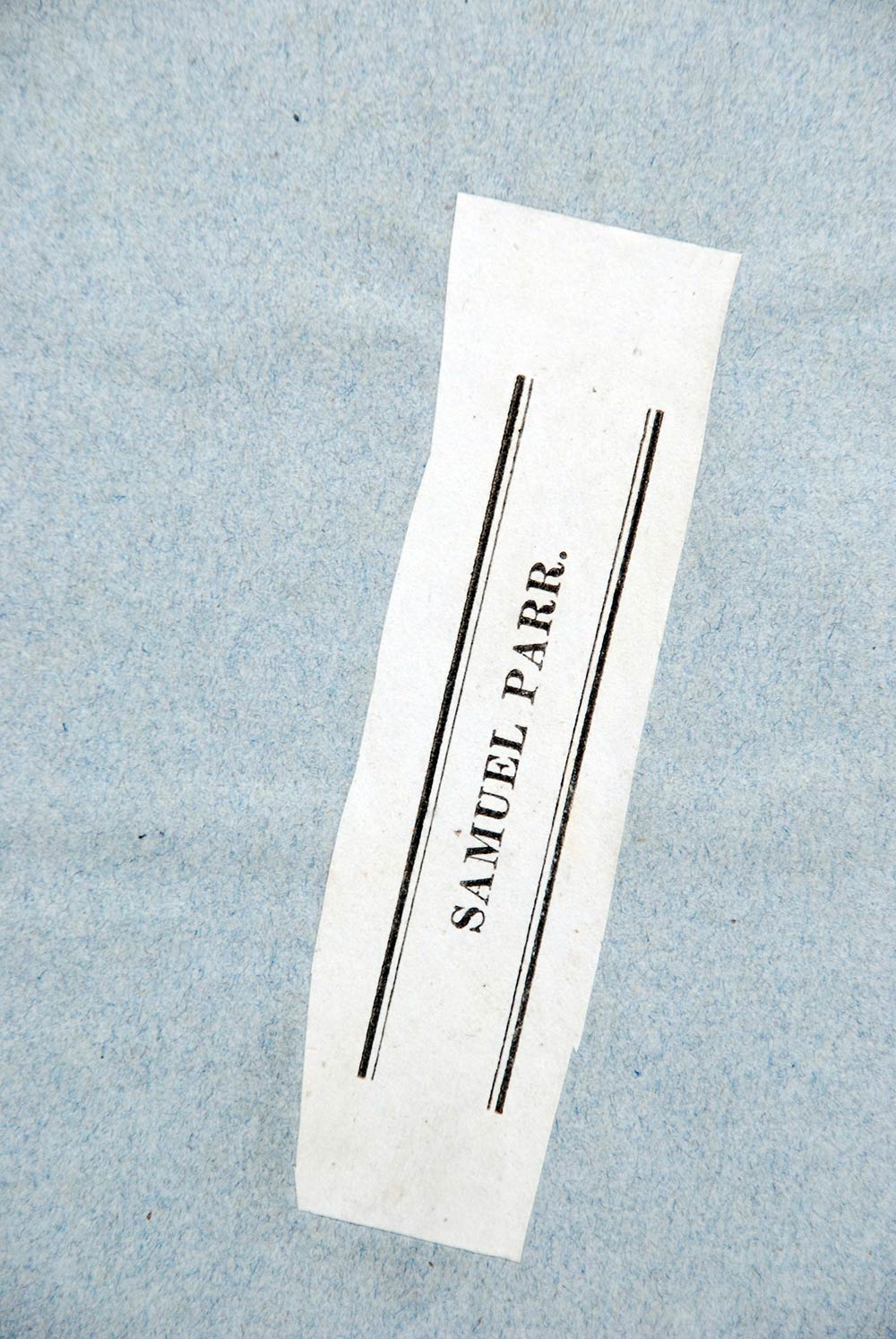 This copy contains the book label of Samuel Parr (1747-1825), an English schoolmaster and political writer known perhaps flatteringly as ‘the Whig Johnson.’ He was an accomplished Latin scholar who excelled as a writer of Latin epitaphs, including that inscribed on the monument of Dr Johnson at St Paul’s.

William Roscoe (1753-1831), historian, abolitionist and patron of the arts, won international acclaim for his Life of Lorenzo, first published in 1796. Parr and Roscoe were like-minded friends who held regular correspondence, both men being unfashionable advocates of peace during the Napoleonic Wars. 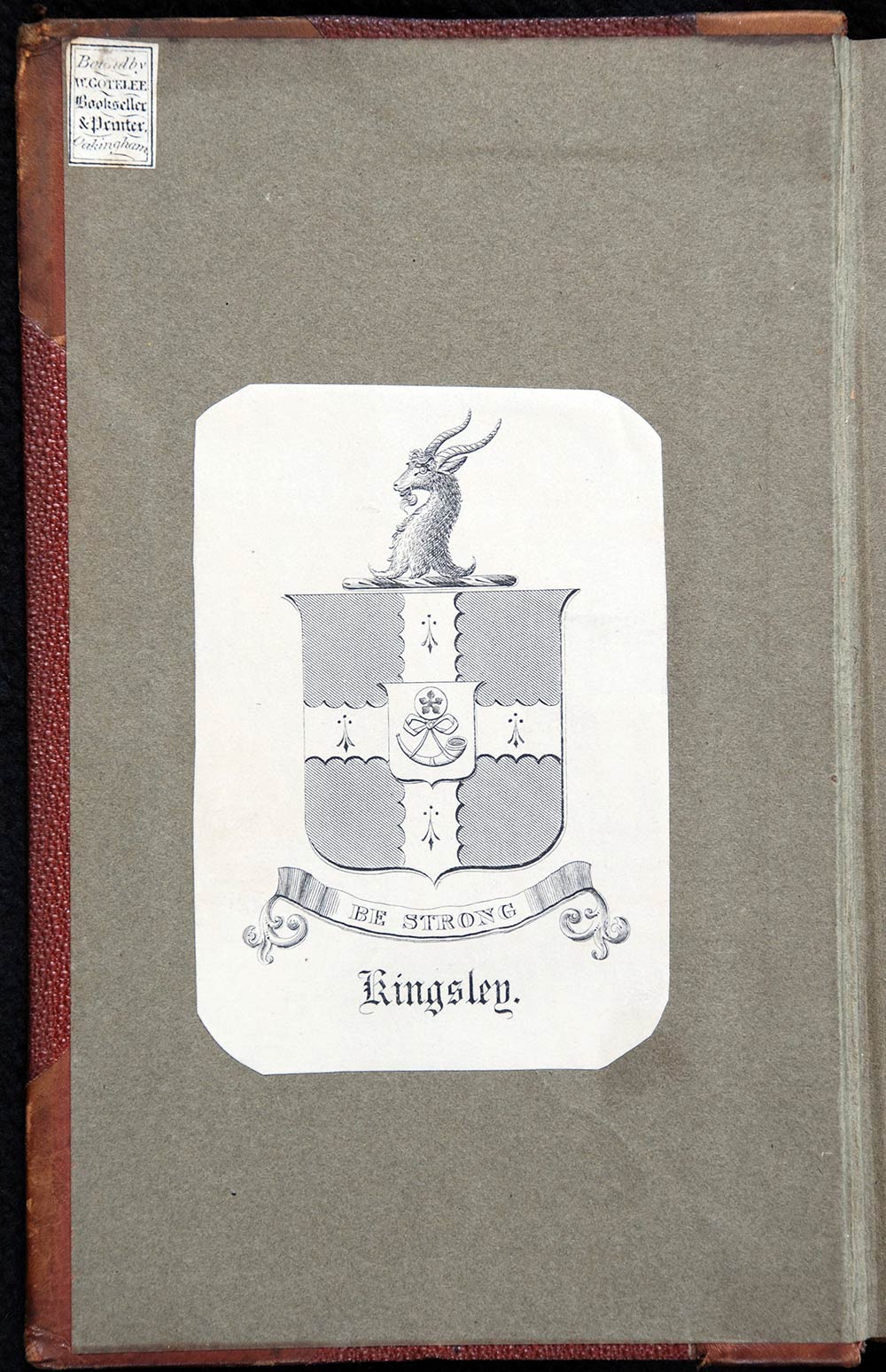 This copy of the first volume of Carlyle’s Essays contains the armorial bookplate of Charles Kingsley with the motto ‘Be strong’. The volumes are marked throughout, with annotations in Kingsley’s hand, including an 1841 inscription dating from his time as a student at Magdalene College, Cambridge.

Charles Kingsley (1819-1875) was a Church of England clergyman, historian and author, best remembered for the historical novel Westward ho! (1855).

Although twenty-four years junior to Carlyle, Kingsley was certainly acquainted with the Scottish essayist, as both men were prominent in the 1866 defence of Governor Edward Eyre, accused of excessive severity in suppressing an alleged rebellion in Jamaica. Despite philosophical differences, such as their contrasting views on the working class, Carlyle and Kingsley shared a fervent admiration for strong leadership in men, even to the point of bloodthirstiness. 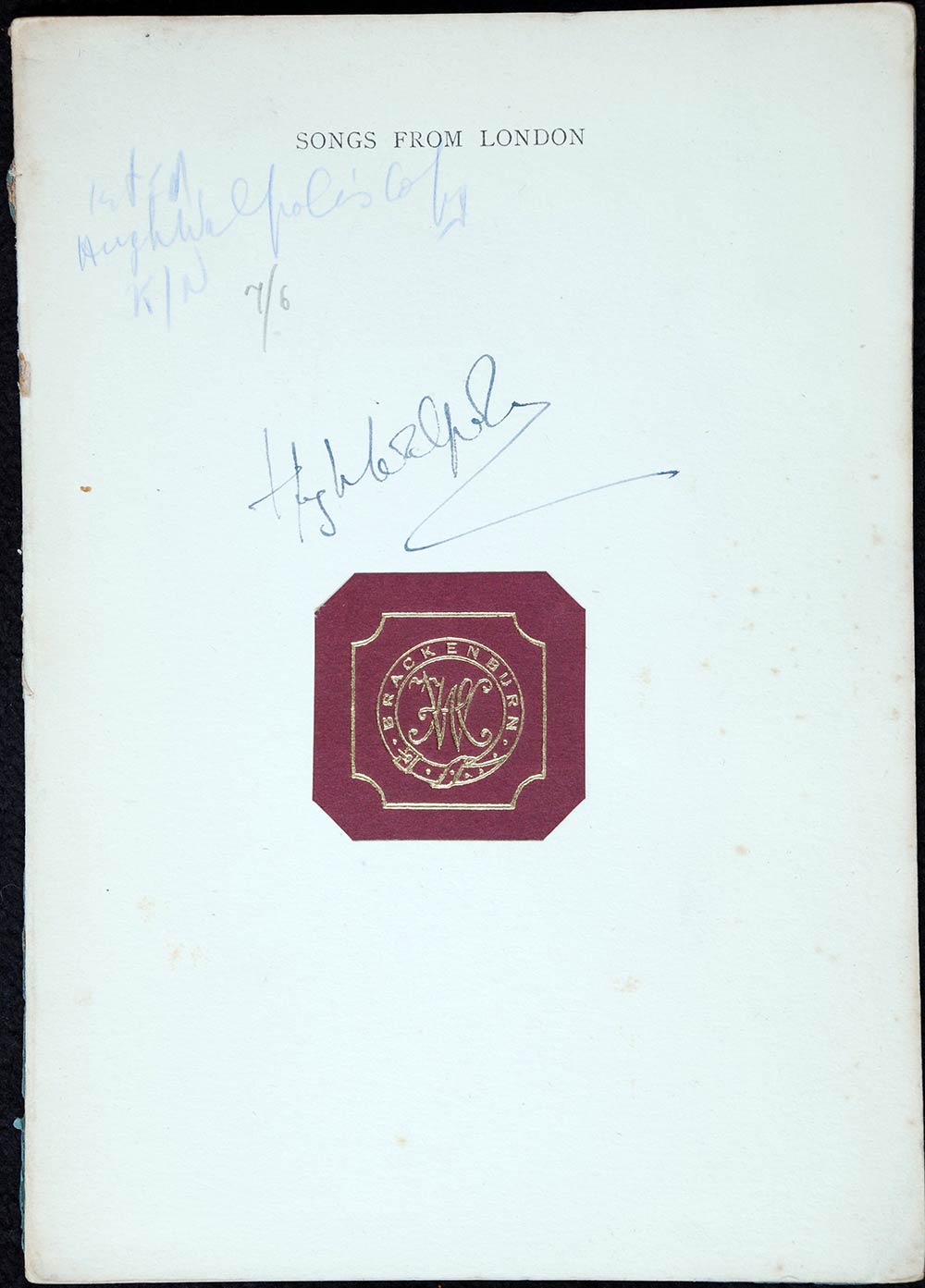 This copy of Songs from London, a volume of poetry by English author Ford Madox Ford, was formerly owned by Hugh Walpole at Brackenburn in the Lakes District, and contains his bookplate and autograph.

Sir Hugh Walpole (1884-1941) was a prolific English novelist whose heyday was in the 1920s and 1930s. Born in Auckland, New Zealand, his family emigrated to England when he was a young boy. Walpole’s most noted work was perhaps Rogue Herries (1930), a historical novel set in the Lake District.

Ford and the younger Walpole both found considerable success in America, where they certainly met during lucrative lecture tours: both were guest speakers at a P.E.N. Club dinner in New York in December 1926. In appreciation of Walpole’s praise of his books in America, Ford dedicated the English edition of his essay The English novel (1930) to him.