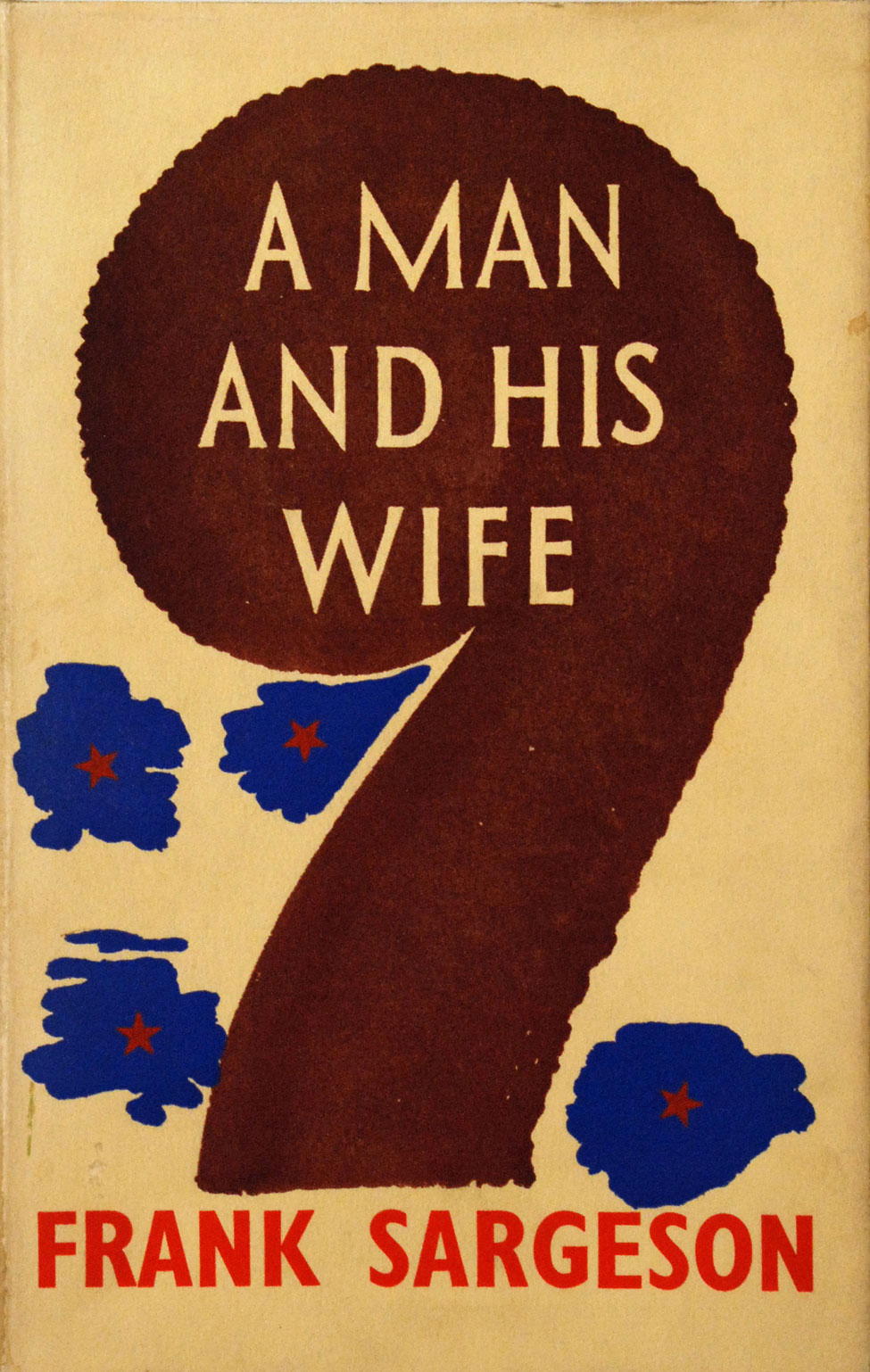 Frank Sargeson. A Man and His Wife. Christchurch: The Caxton Press, 1940.

Considered one of New Zealand’s leading short story writers, Frank Sargeson visited Christchurch early in 1940 to deliver two lectures on writing. He was hosted by Denis Glover and his wife, Mary. It was this visit that precipitated Sargeson’s decision to publish A Man and His Wife, a collection of twenty-four stories.

A Man and His Wife appeared in September 1940 and was an immediate bestseller. Sargeson wrote to the book’s financial backer, Elizabeth Dawson: ‘Glover writes to say my book is at present leaving his despatch department like the feathers from the tail end of a moulting hen’ (Ogilvie 117). To Glover, it was the most successful publication to that point in Caxton’s history.

Frank Sargeson. A Man and His Wife. Christchurch: The Caxton Press, 1940.
Open image in new window 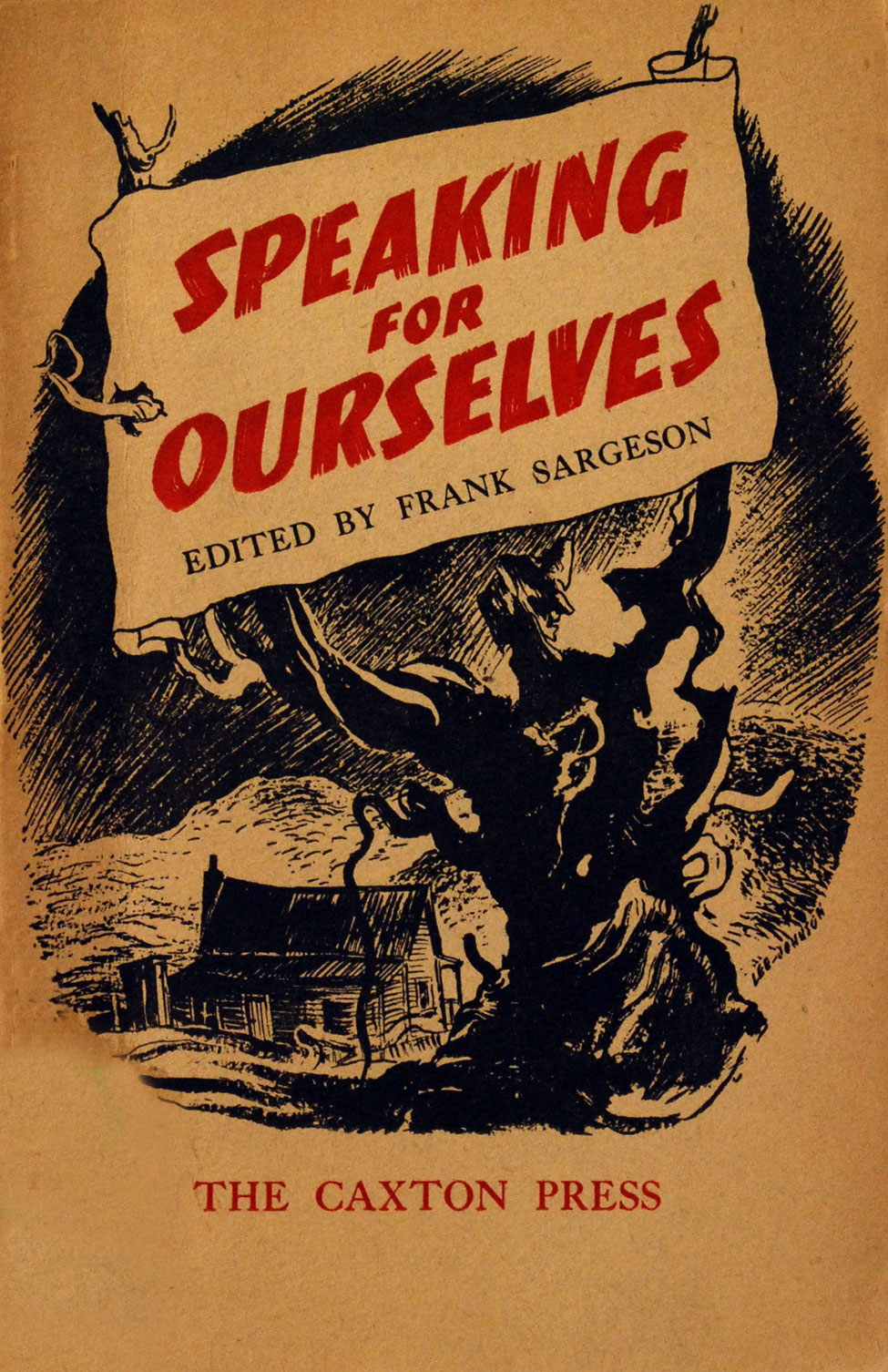 ‘The stories in this book will surprise those readers who believe that entertaining and arresting fiction can be expected only from abroad. The 15 stories that the editor has collected are astonishingly different – not only from each other, but from what is usually expected of ‘local talent’’.
A Christmas List (1945)

Sargeson’s anthology was first commissioned by the Progressive Publishing Society. When the Society withdrew, the work was taken over by The Caxton Press and was jointly published in Australia by Reed and Harris. Among the young writers featured were David Ballantyne, Maurice Duggan, Janet Frame, and John Reece Cole, and A. P. Gaskell.

Though the book was not commercially successful, it was favourably reviewed by Winston Rhodes in the 28 November 1945 issue of the Listener, who wrote that ‘the craft of short story writing in this country is very much alive’. 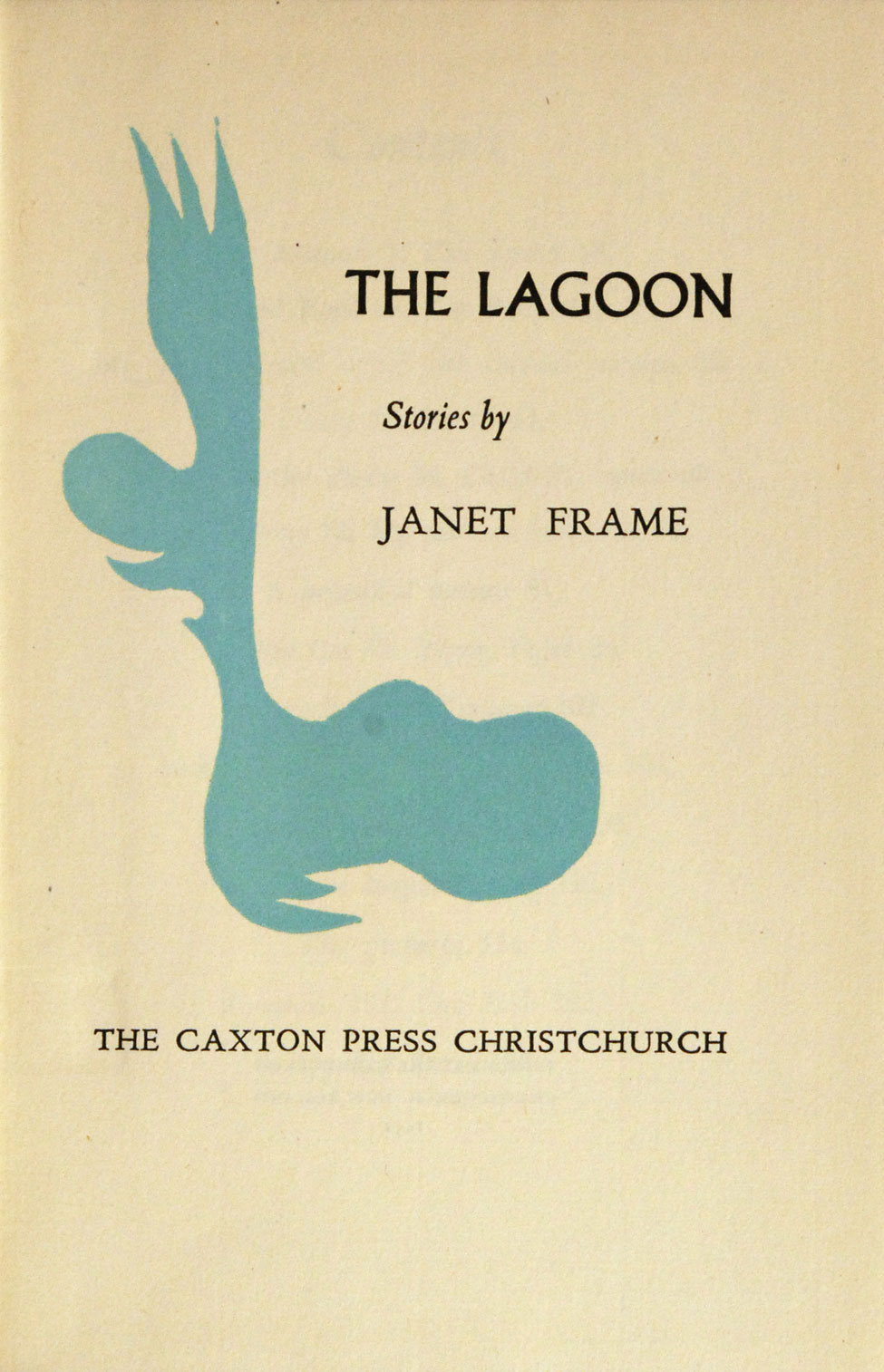 Janet Frame. The Lagoon and Other Stories. Christchurch: The Caxton Press, 1951.

‘In this book of 24 brief stories we introduce a brilliant new author. With amazing deftness she turns out the mind of a hospital patient and with equal skill has us thinking with children in their play and work. Readers will call for more of Miss Frame’s writing’.
Book List (1952)

First announced in 1948, the first book by Janet Frame proved literally career saving if not life saving for her when publicity from winning the Hubert Church Memorial Award led to the cancellation of an imminent lobotomy in Seacliff Lunatic Asylum (Simpson 100).

Frame went on to become one of New Zealand’s most iconic writers. The Lagoon, however, was almost never completed. Its production was one of the many projects left unfinished when Glover was dismissed from Caxton.

Janet Frame. The Lagoon and Other Stories. Christchurch: The Caxton Press, 1951.
Open image in new window 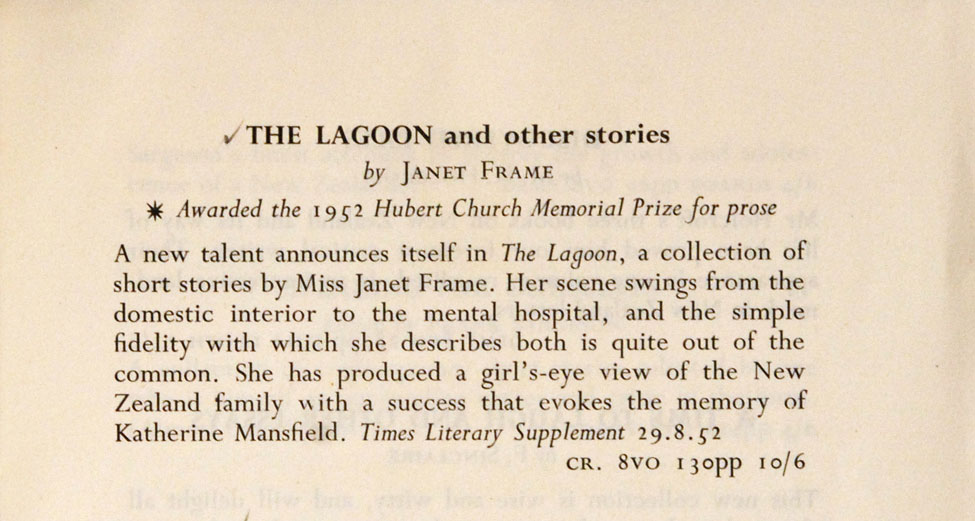