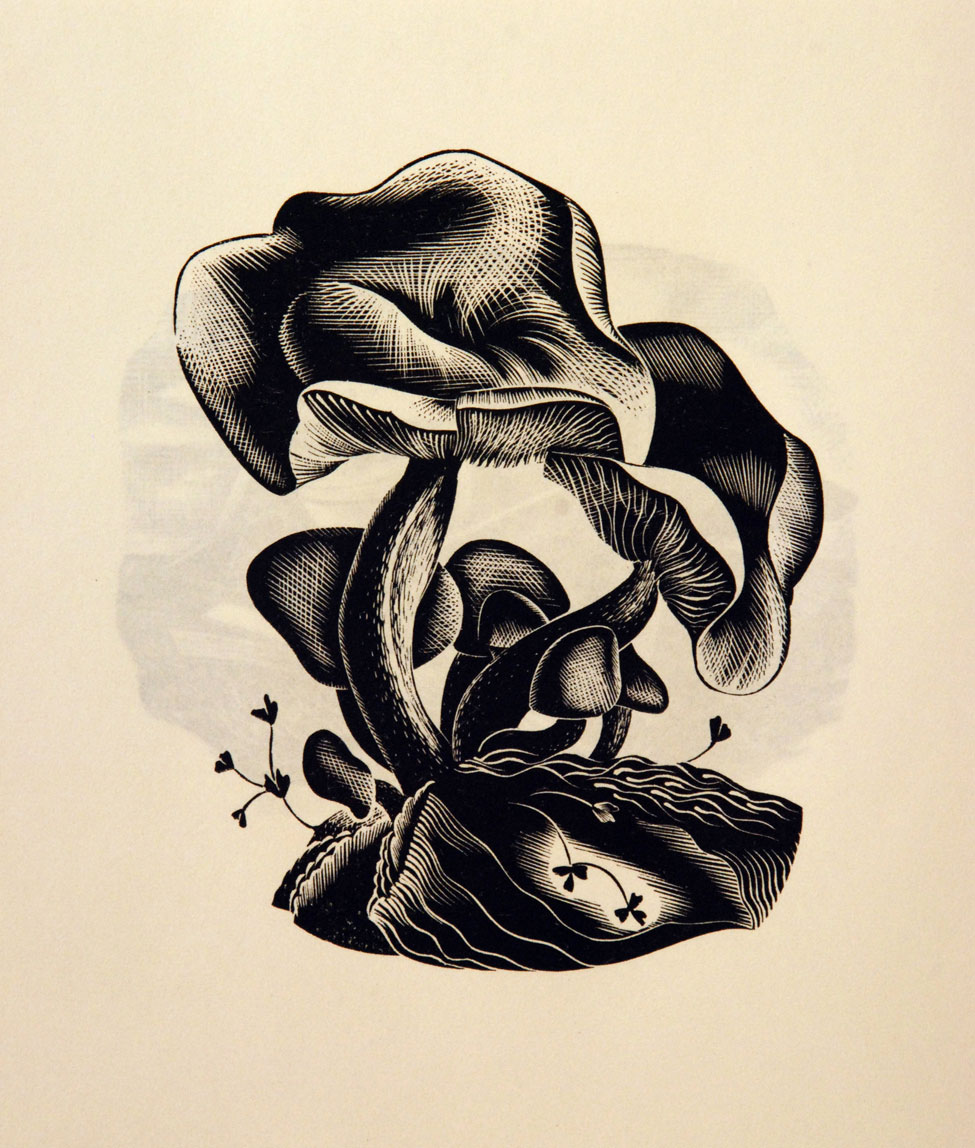 The Caxton Press produced more than just poetry and prose. A Book of Wood Engravings was the first book published by the press in 1946, and reflected the diversity of the printing operation. The book includes ‘twenty-two engravings of indigenous subjects published attractively between red cloth boards’. Glover embarked on the project after seeing some of Taylor’s engravings in The Arts in New Zealand. The result was a landmark in fine printing and the first of its kind to be produced in New Zealand. Reviews were enthusiastic. All 500 copies sold within weeks, and Taylor’s standing as New Zealand’s finest wood engraver was established (Ogilvie 320–21). 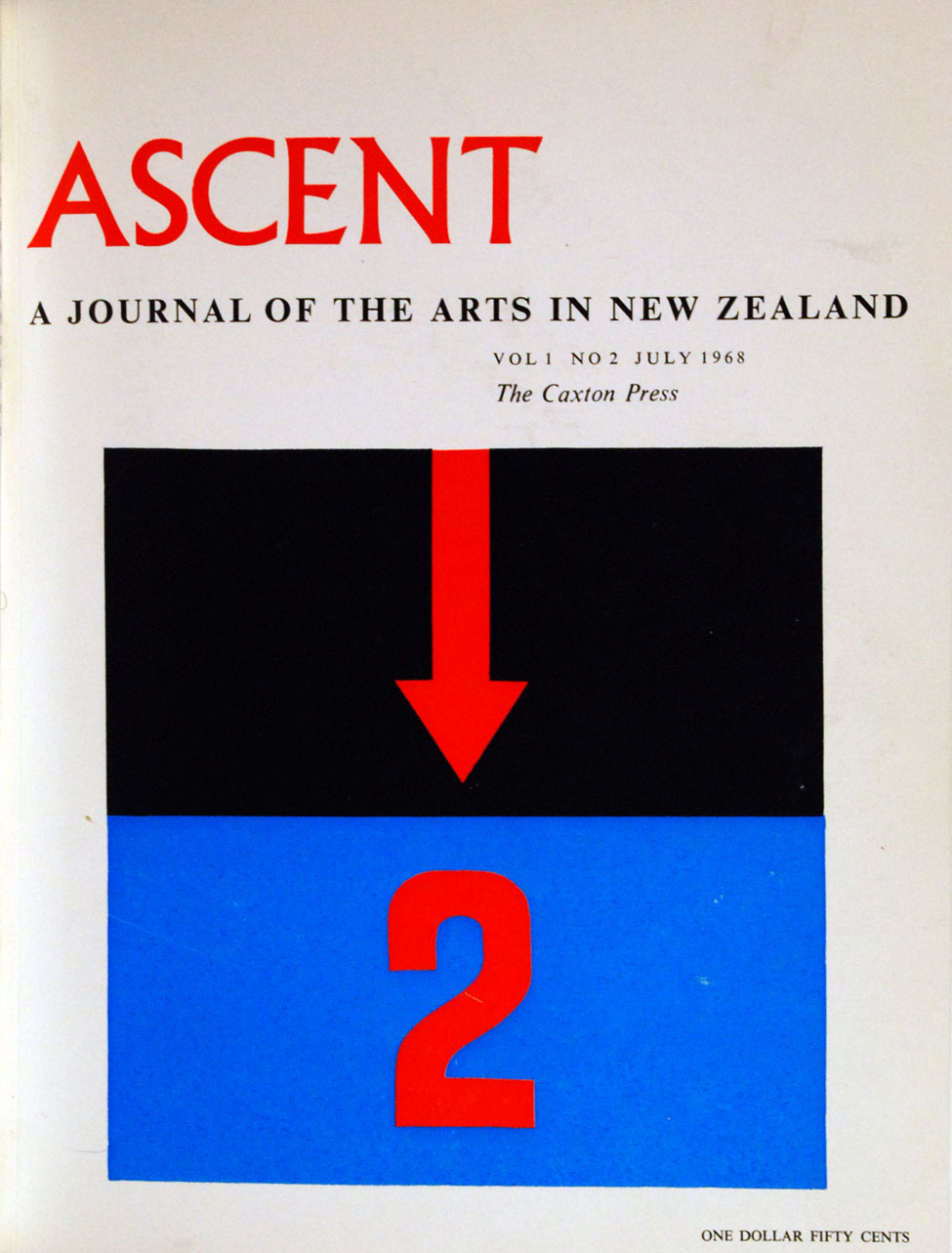 Published from 1967 to 1969, the short-lived Ascent was Caxton’s attempt to establish the first visual arts magazine since the Yearbook of the Arts ceased publication in 1951 (Simpson 120). The journal was founded and co-edited by Leo Bensemann along with Barbara Brooke. The cover art on issue number two was designed by artist Patrick Hanly.

Ascent: A Journal of the Arts in New Zealand, Vol. 1 No. 2. Christchurch: The Caxton Press, July 1968.
Open image in new window