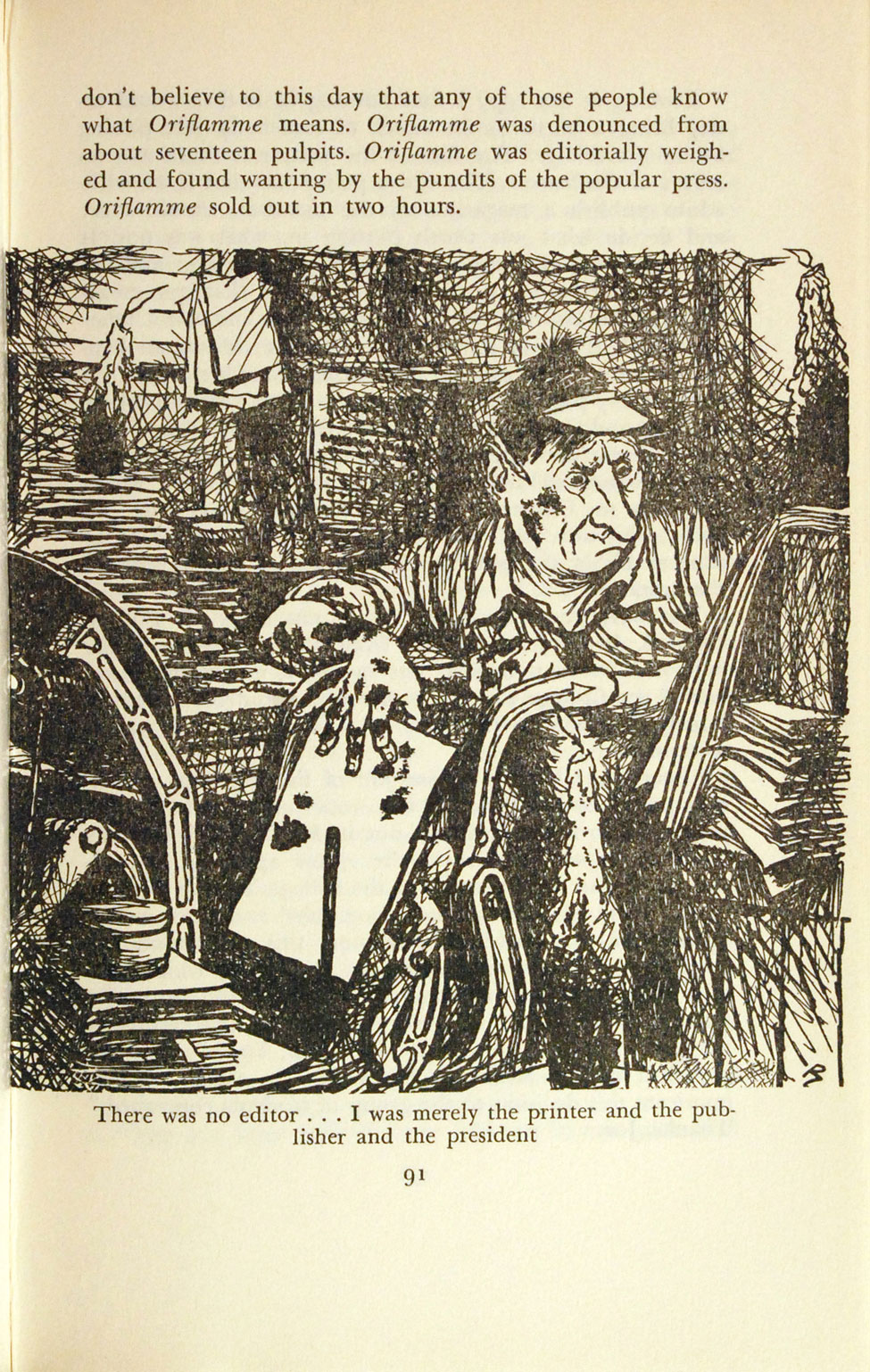 Glover’s lively autobiography was first published as a serial in the Listener in 1959. The book is described by Gordon Ogilvie as ‘an entertainment. Most emphasis was given to his childhood, student days, sporting enthusiasms, the war, and early printing/publishing experiences. All of these are described with great wit and gusto’ (325). Though Glover avoids mention of his troubled family and private life, as well as his writing, Hot Water Sailor is ‘for the general reader excellent reading — witty, pungent, whimsical and chatty — and that is what the Listener had been hoping for’ (326).

Hot Water Sailor is peppered throughout with delightful illustrations by the Listener’s Russell Clark, such as this depiction of an ink-stained Glover at the Caxton Club Press. 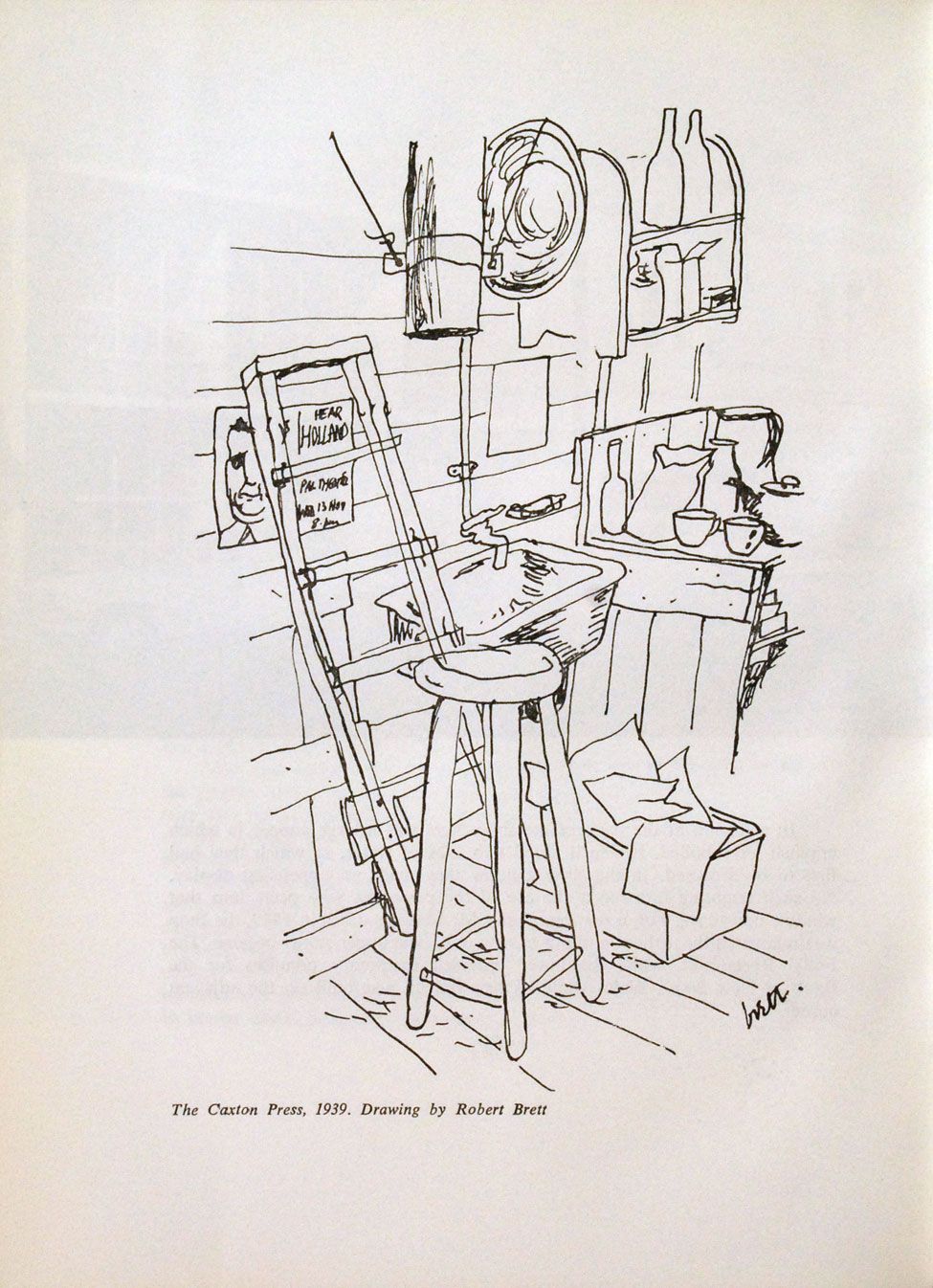 The Caxton Press has been the subject of a number of gallery exhibitions, and publications in general periodicals, scholarly journals, and full length books, such as Pat Lawlor’s The Caxton Press: Some Impressions and a Bibliography (1951). The second such study was R. C. Lamb’s Street Corner, which places the press in the context of the history of northwest central Christchurch, Caxton’s home since 1937, and offers a glimpse of the people who lived and worked in the area around the press during its first three decades.