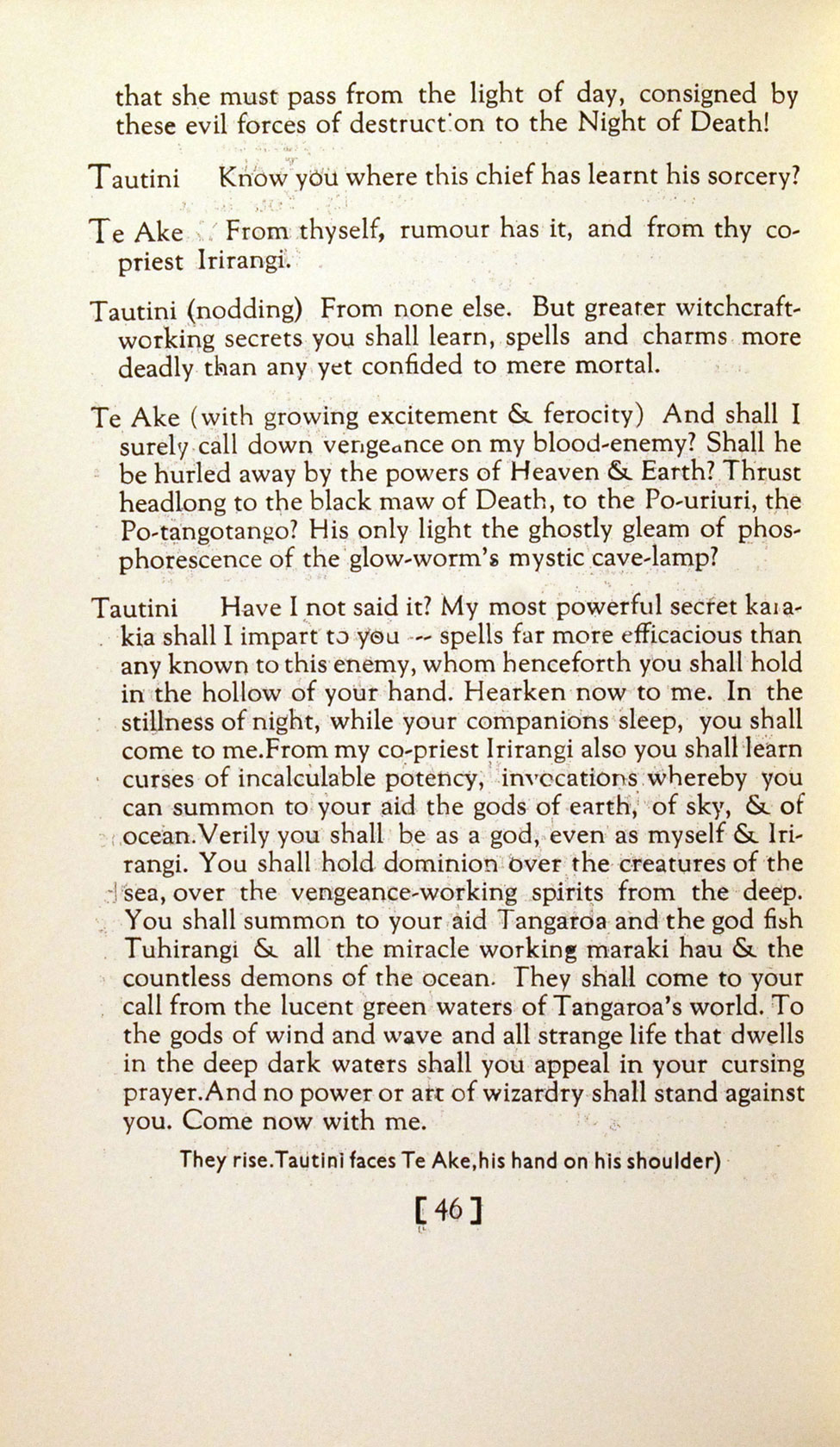 In 1932, the year before Oriflamme appeared, Denis Glover was taught the art of printing by Robert Lowry, the printer behind Phoenix. Lowry was a disciple of such modern printers and typographers as Eric Gill and Stanley Morison, and helped Glover to acquire his first working hand-press and cases of type.

Oriflamme and Sirocco can be considered apprentice pieces for Glover, who was still learning how to print. His skills were later enhanced by John Johnson, Printers to the University of Oxford, but these early productions show Glover’s development as a printer, exhibited in the experimental layout of the Sirocco title-page shown in the previous case, and the smudginess and transfer of ink to the opposite page in McLeod’s Little Plays from Maori Legend. 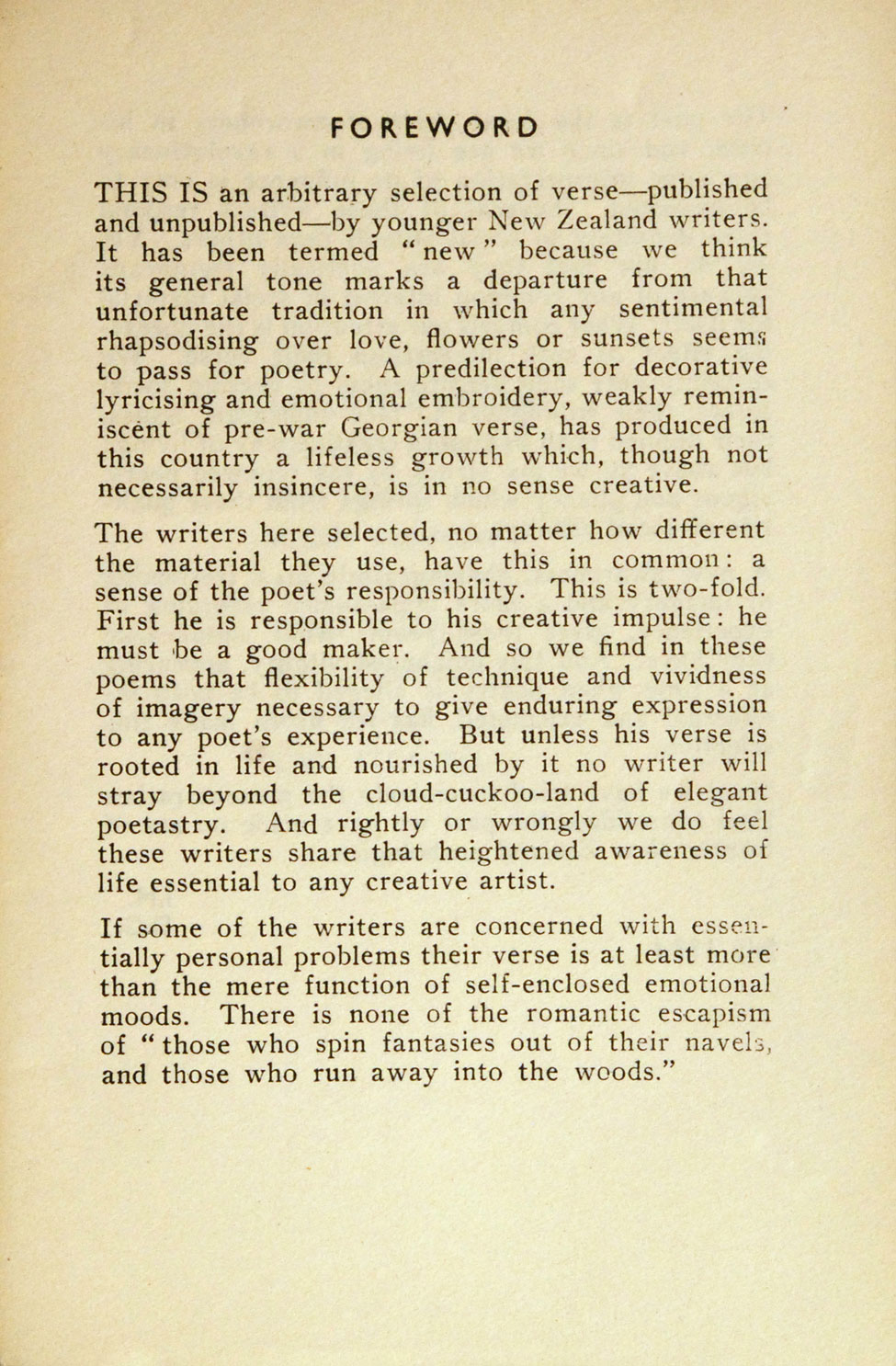 New Poems is considered the first substantial production of the Caxton Club Press. It brought together writers from the Auckland and Christchurch literary scenes, reproduced in one volume pieces from five separate journals, and more than half of the book is taken up with previously unpublished work solicited directly from the poets.

Milner’s anti-Georgian introduction argued for New Zealand’s poetry to include ‘a freshening of imagery’, and called on the poet to be ‘the focal point of awareness in his time’, combining the ‘willingness to face unpleasant issues [with an] implied faith in a more creative way of living’. According to the historian and critic Lawrence Jones, New Poems is ‘singularly impressive, the best statement to date of the new literary movement, [and] far superior to Phoenix’ from a literary standpoint (40–41). 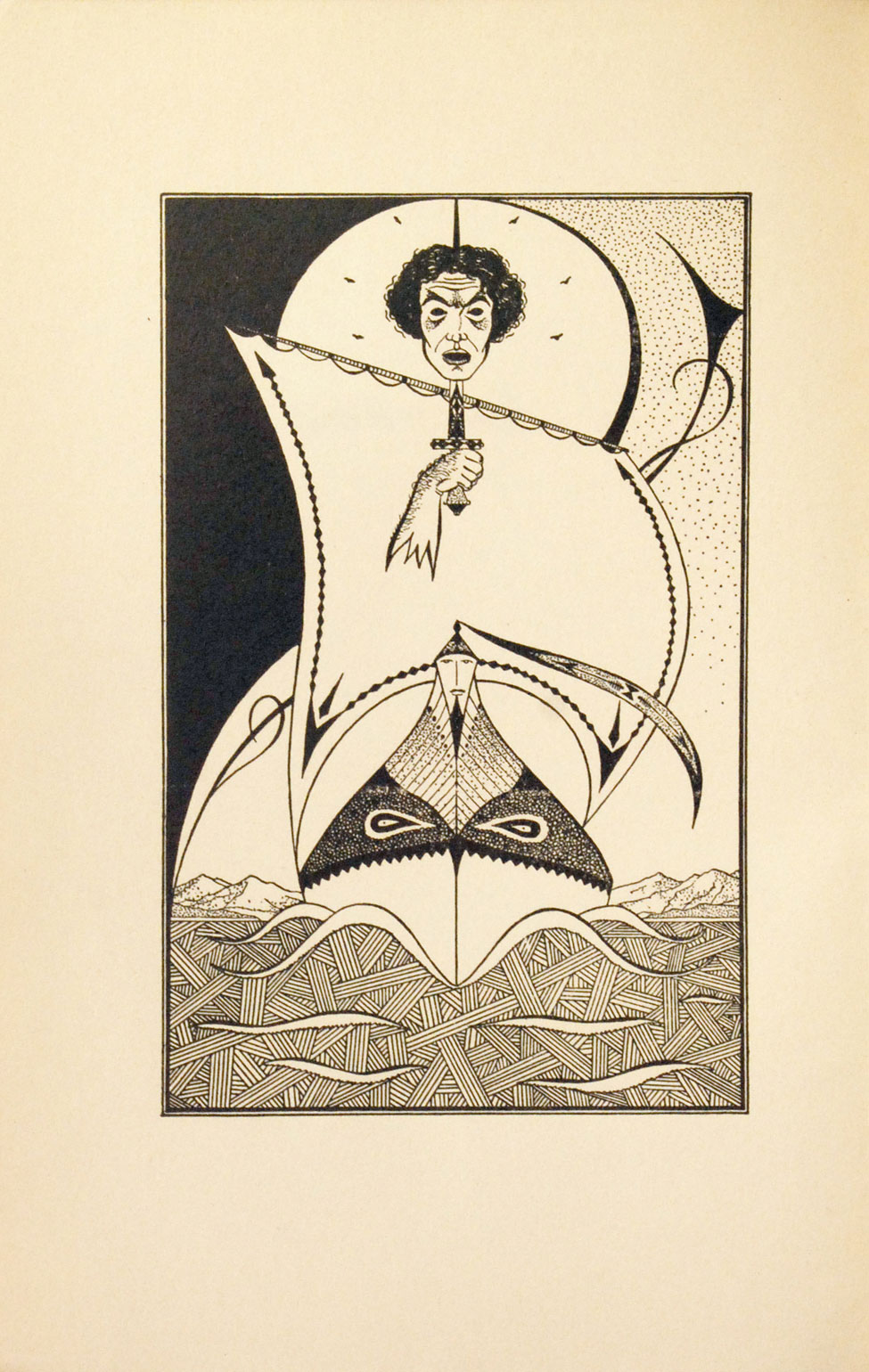 ‘Containing three poems by A. R. D. Fairburn, Allen Curnow and Denis Glover, with a frontispiece by Leo Bensemann … The first book we printed on a power platen. There were meant to be 150, but only 70 complete copies survived the paper-storm around the machine’.
Catalogue of Publications (1941)

In early 1935, with college authorities growing tired of Denis Glover’s ‘lampoons and jibes’ (Ogilvie 80), he and John Drew reorganized the Caxton Club Press as a partnership and moved the press into a disused wash house in the backyard of an old boarding house at 903 Colombo Street.

Another Argo was their first publication as an independent operation. Its frontispiece was the first illustration offered to the press by a young Leo Bensemann, then just twenty three.