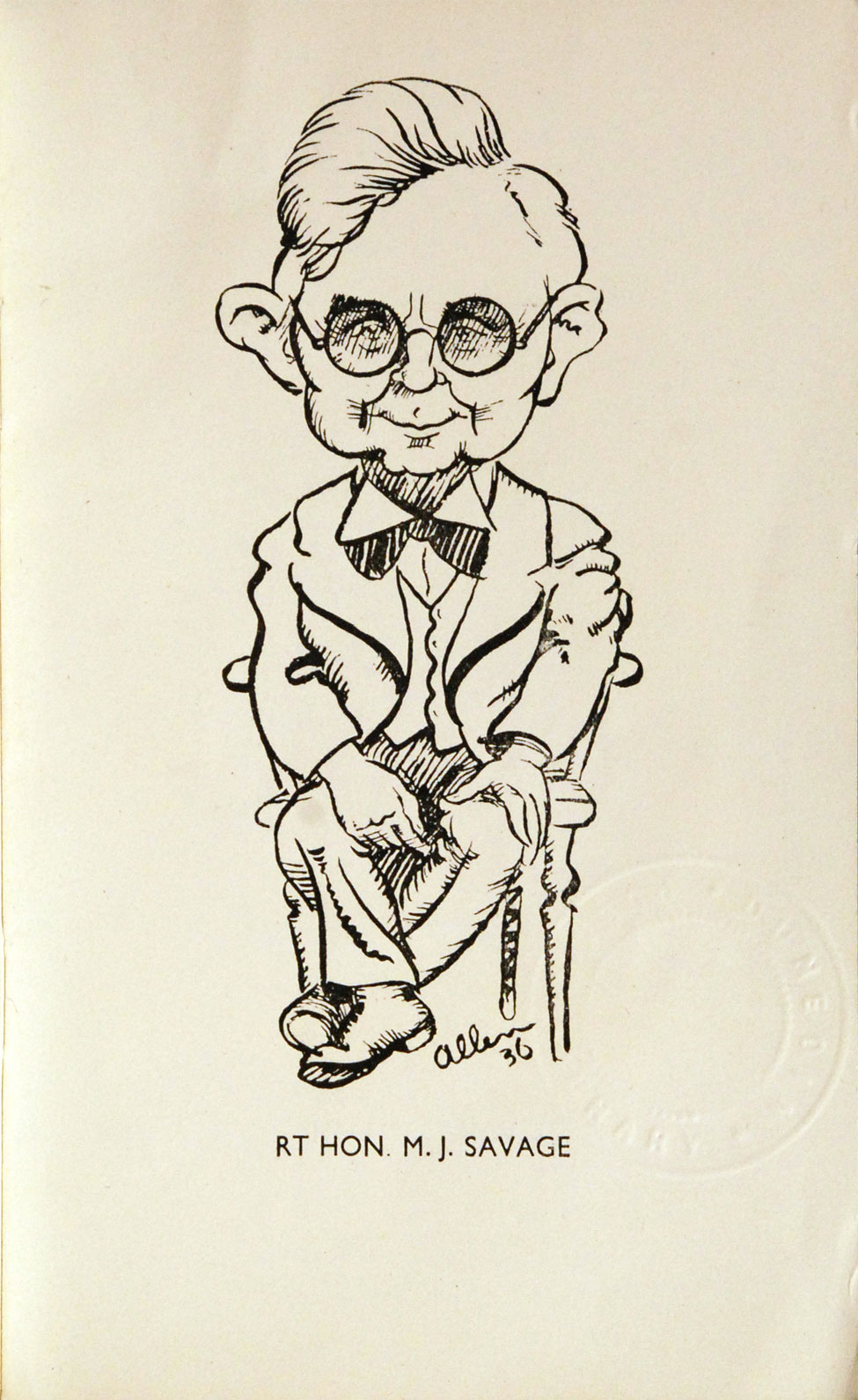 ‘Mr. Allen caricatures a handful of Cabinet Ministers and a random selection of the staff of Canterbury University College’.
Catalogue of Publications (1941)

Glover and Drew, with financial support from Drew’s aunt, moved the press operation to larger premises, a disused coaching stable, at 152 Peterborough Street. It was there, in late 1935, that ‘the Caxton Club Press’ ceased and ‘The Caxton Press’, with ‘The’ capitalised, began.

Amongst the items produced during the first seven months of The Caxton Press’s existence was this collection of portraits and caricatures by the artist John Allen. His caricatures of Cabinet Ministers were republished with new material as Parliamentary Portraits later that year and achieved national sales. 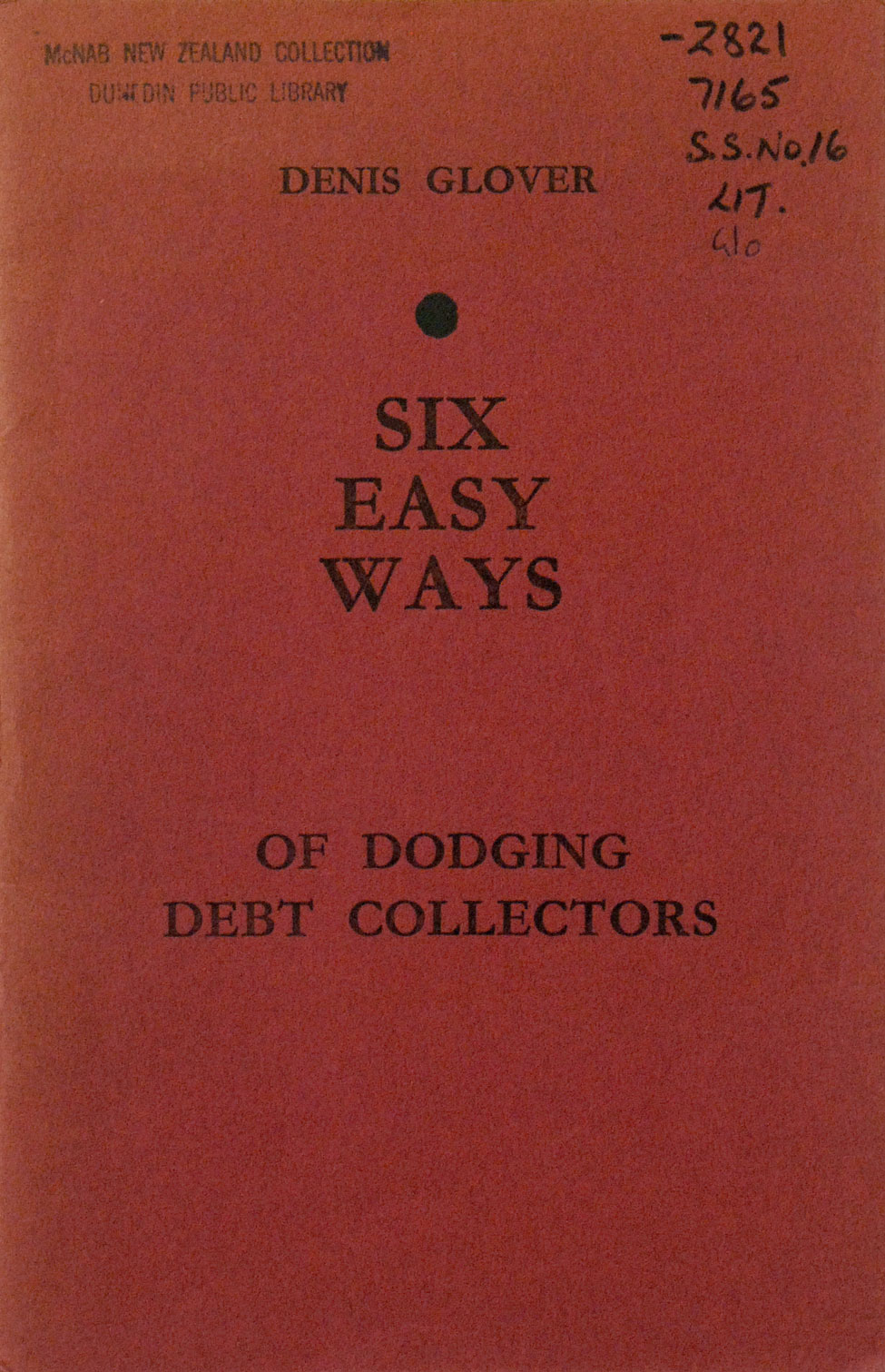 Printed in an edition of 100 copies, Glover’s second collection of poems published was reviewed in The Press, which noted: ‘Mr Glover’s weapon is the tack-hammer, deftly handled, not the sledge-hammer’. The reviewer praised Caxton for the ‘liveliness and realism’ of its publications, for widening its scope and ‘without loss of independence, becoming less eccentric’ (Ogilvie 89).

Glover’s sense of design continued to develop alongside his poetry, evident in the simple yet pleasing pyramid-shaped lettering on the cover. 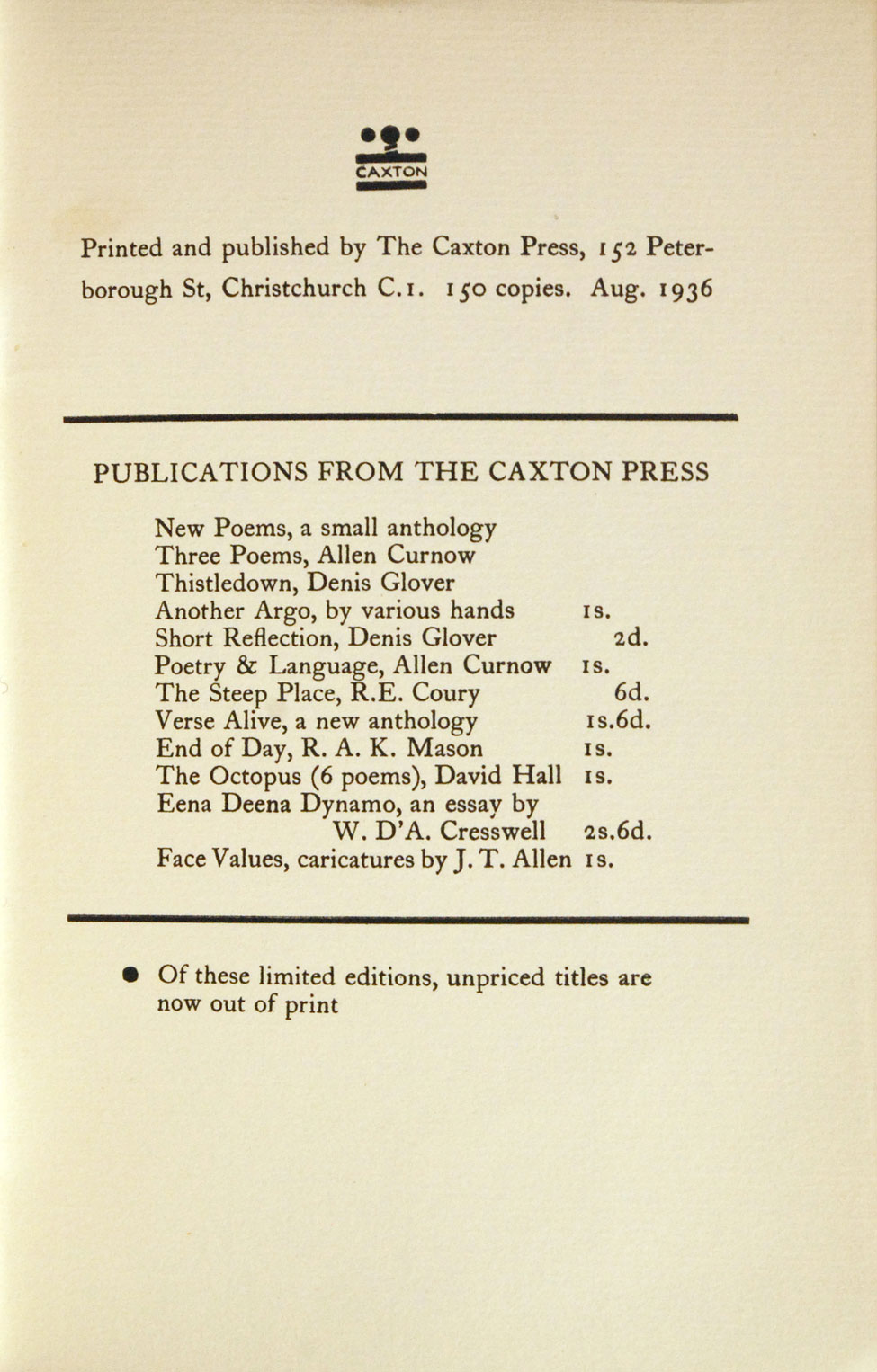 Glover never shied away in either his printing or writing from tackling contemporary issues. His three stories, ‘Robert Window and the Whale’, ‘Another Visitor from Mars’ and ‘The Apotheosis of George Scantlepatter’, targeted newspapers, democracy, unemployment, the judicial system and advertising (Ogilvie 88).

Glover, mindful not only of design but promotion, placed this tastefully laid out publications list at the end with the early Caxton logo centred towards the head of the page.