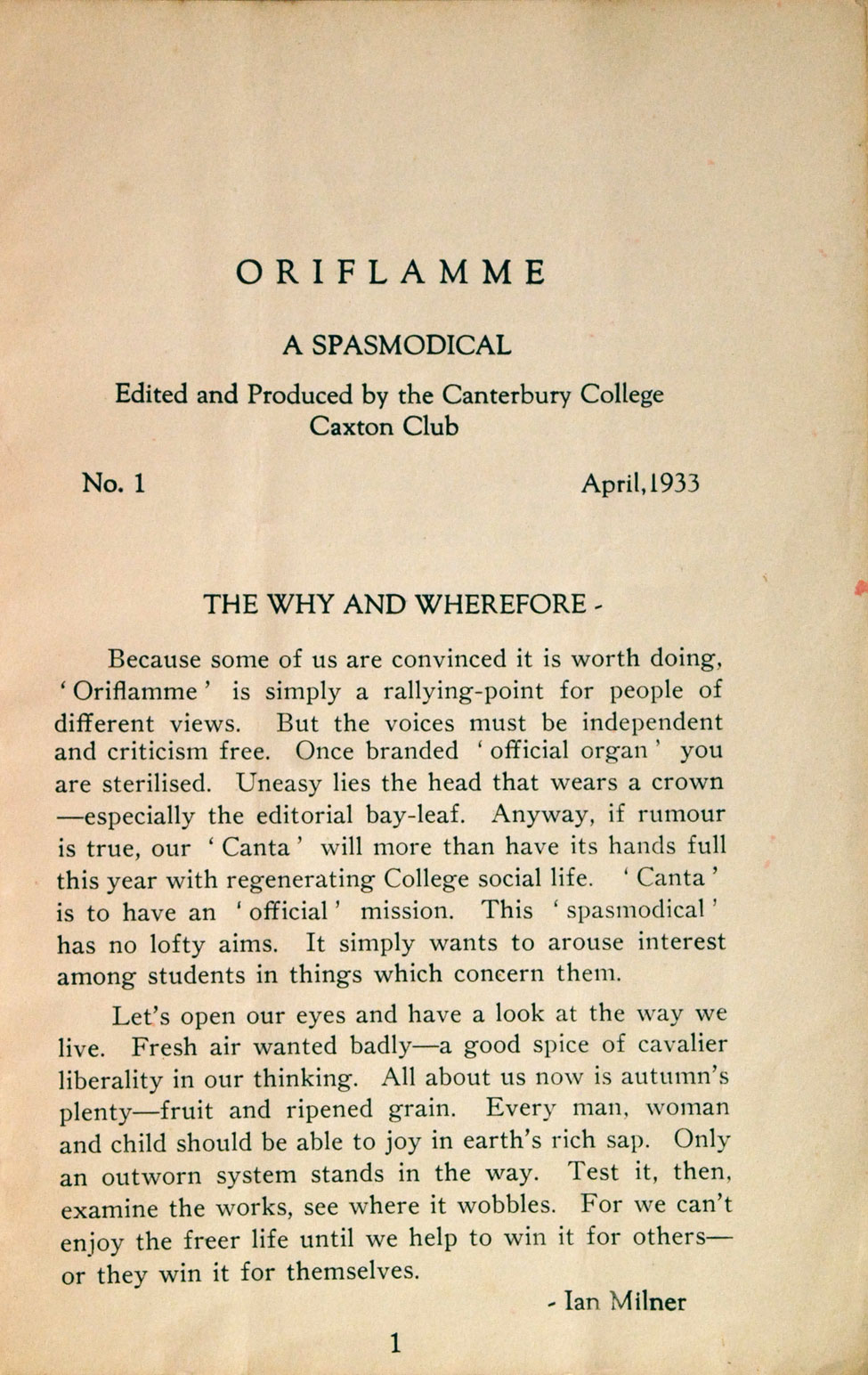 Established in October 1932 by eight Canterbury University College students, the aim of the Caxton Club Press was the study of printing and typography. Unbeknownst to the University, the press’s principal founder, the Dunedin born poet and printer Denis Glover, believed that ‘any young man with the means of disseminating opinion would be unworthy of his salt if he didn’t try to print something that would practically reform the world overnight’ (90).

Influenced by the Auckland University College radical student journal Phoenix, the Caxton Club Press produced its own, Oriflamme, in April 1933 as its first publication. The contributed article ‘Sex and the Undergraduate’ by Patrick Robertson caused Oriflamme not only to sell out within two hours, but also to be suppressed by the College Council.

The Caxton Club Press was the predecessor of The Caxton Press.

~ On loan courtesy of the Hocken Library 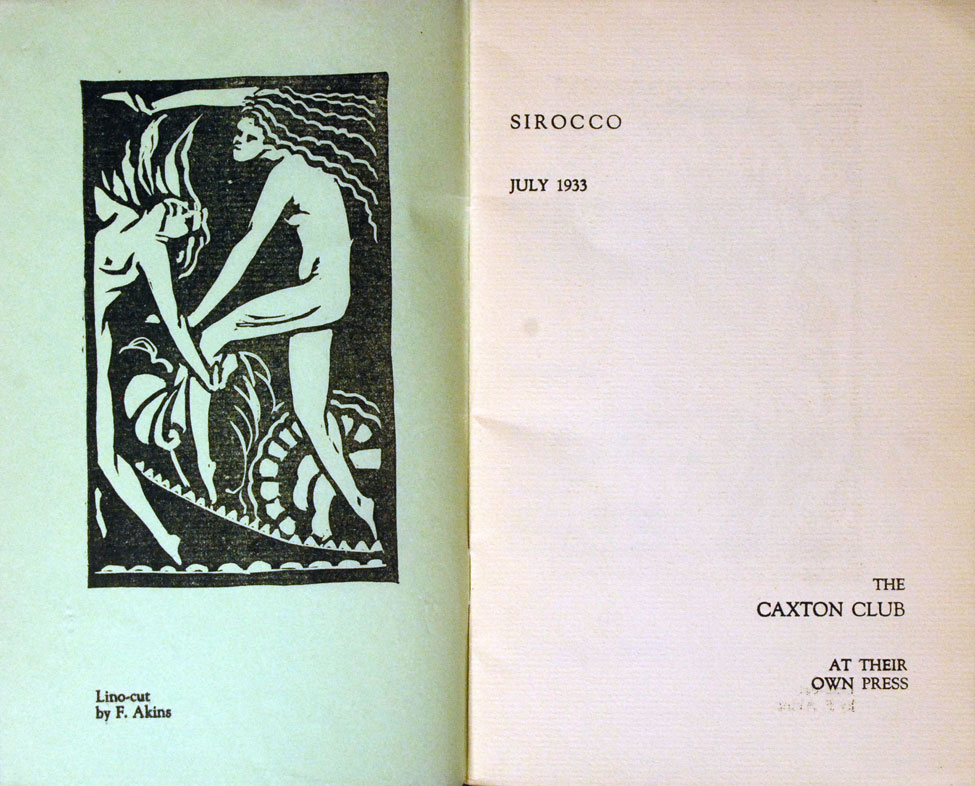 After the Oriflamme fracas, the Caxton Club Press membership dwindled. In order to have the suppression lifted, the remaining members had to agree to a number of conditions outlined by the College Council. One condition was that the title Oriflamme could not be used for any future publications. Ian Milner suggested the name ‘Sirocco’. The word means a hot wind, suggesting that Glover and Milner were not entirely repentant

Produced in only a single issue like its predecessor, Sirocco included poems by Glover, Allen Curnow (as ‘Philo’), A. R. D. Fairburn and others. The linocut illustration on the frontispiece is by Canterbury artist Florence Akins. The volume also includes a linocut by the artist Rita Cook, perhaps better known by her maiden name Rita Angus.