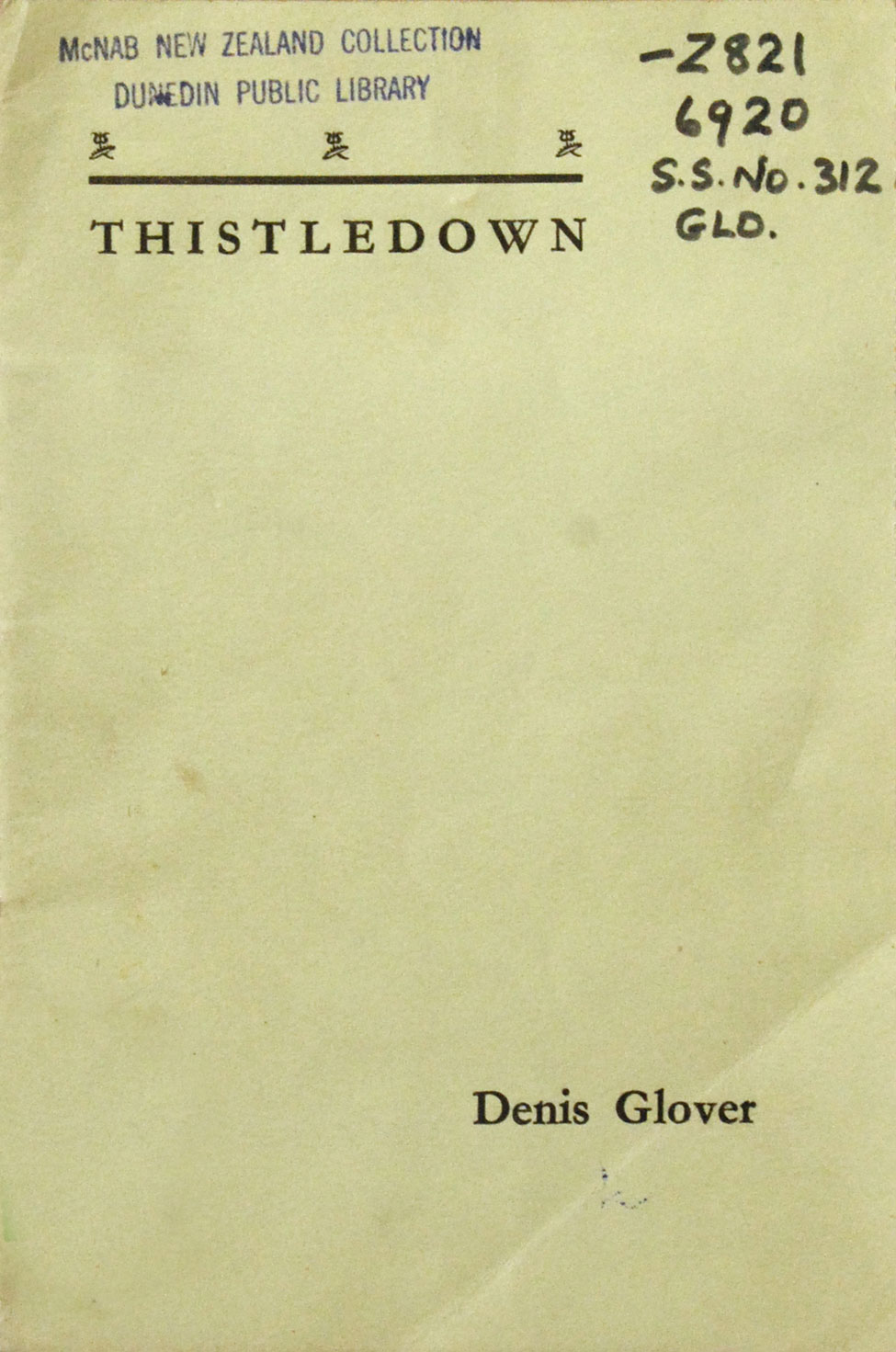 Glover and John Drew continued the literary revolution in their new premises at 903 Colombo Street by printing a variety of publications. Many of these were short pamphlets, such as the three items displayed here and Another Argo in the previous case.

These books were typically produced in editions of fewer than 200 copies and often fewer than 100. Consisting of just three poems, Glover’s Thistledown, for example, was printed in an edition of only 40 copies. 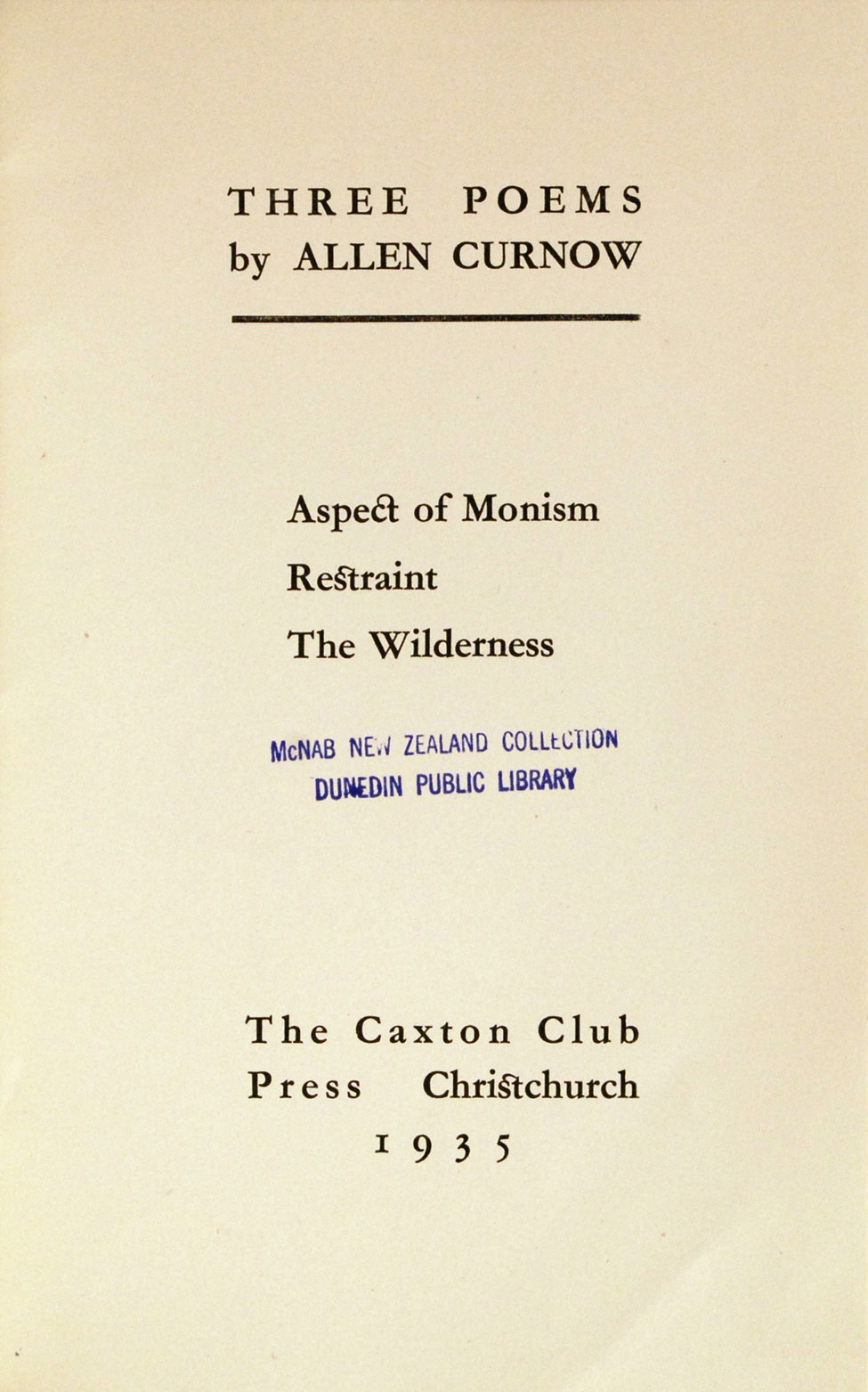 Born in Timaru, Allen Curnow was one of New Zealand’s foremost poets, journalists and critics. During the early 1930s, Curnow’s work was published in the university journals Kiwi and Phoenix. He returned to the South Island in 1934, where he worked for The Press in Christchurch. There he formed a life-long friendship and collaboration with Denis Glover, and contributed to Caxton publications from its earliest days. 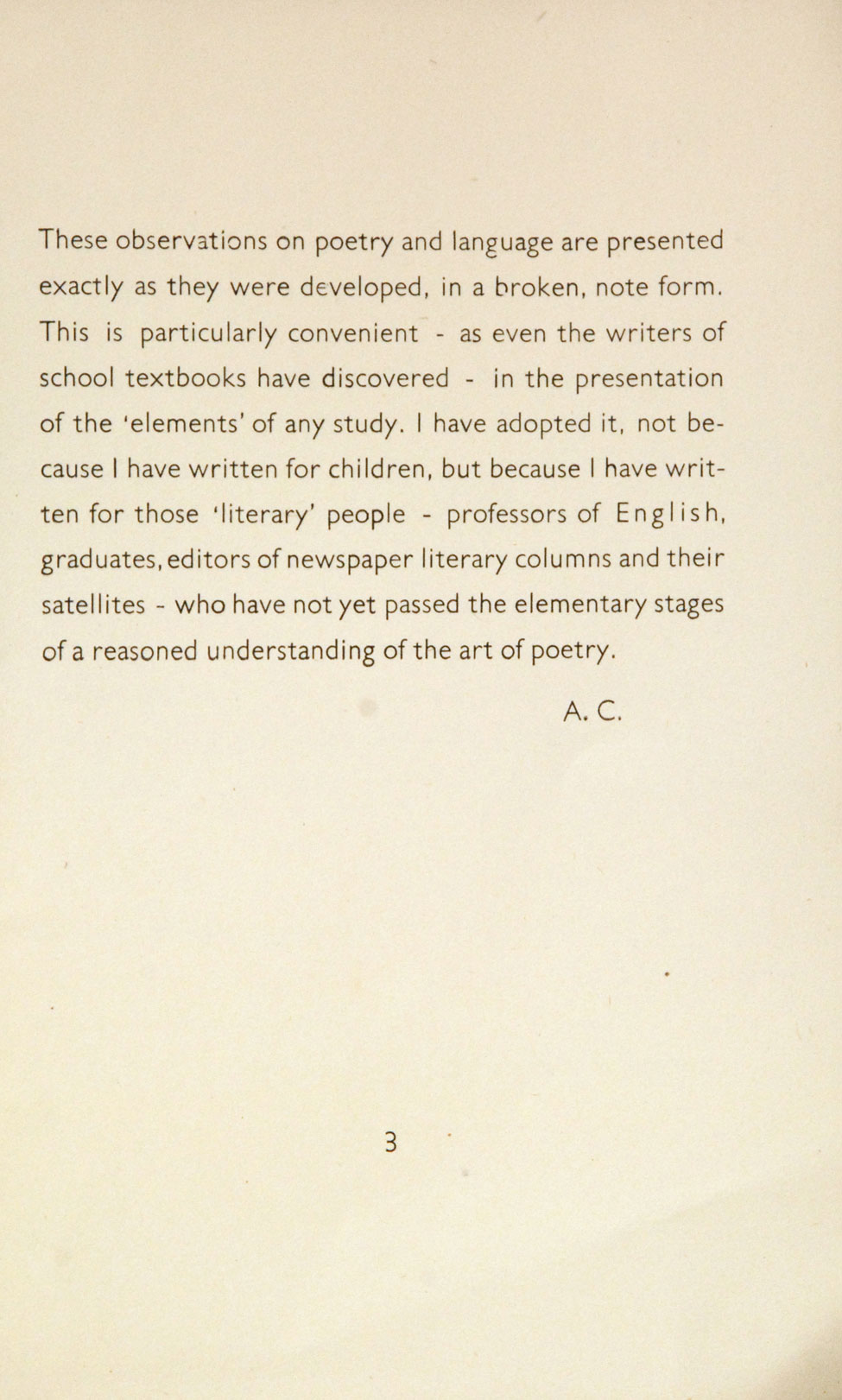 ‘In these [early Caxton] publications’, wrote Lawrence Jones, ‘the poetry, the poetic theory, the literary controversy, and the typography all proclaimed the beginnings of a coherent literary revolution’ (41).

Jones’s comment was based on what was written about Caxton by Noel Waite: that few Caxton publications from the 1930s exemplified its blending of text and typography better than Poetry and Language, in which Curnow quoted Eric Gill in defining his ‘functional aesthetic’ and drew from Gill’s Art and a Changing Civilisation, while Glover produced the text in Gill’s sans-serif typeface and based the design of the book using Gill’s principles.