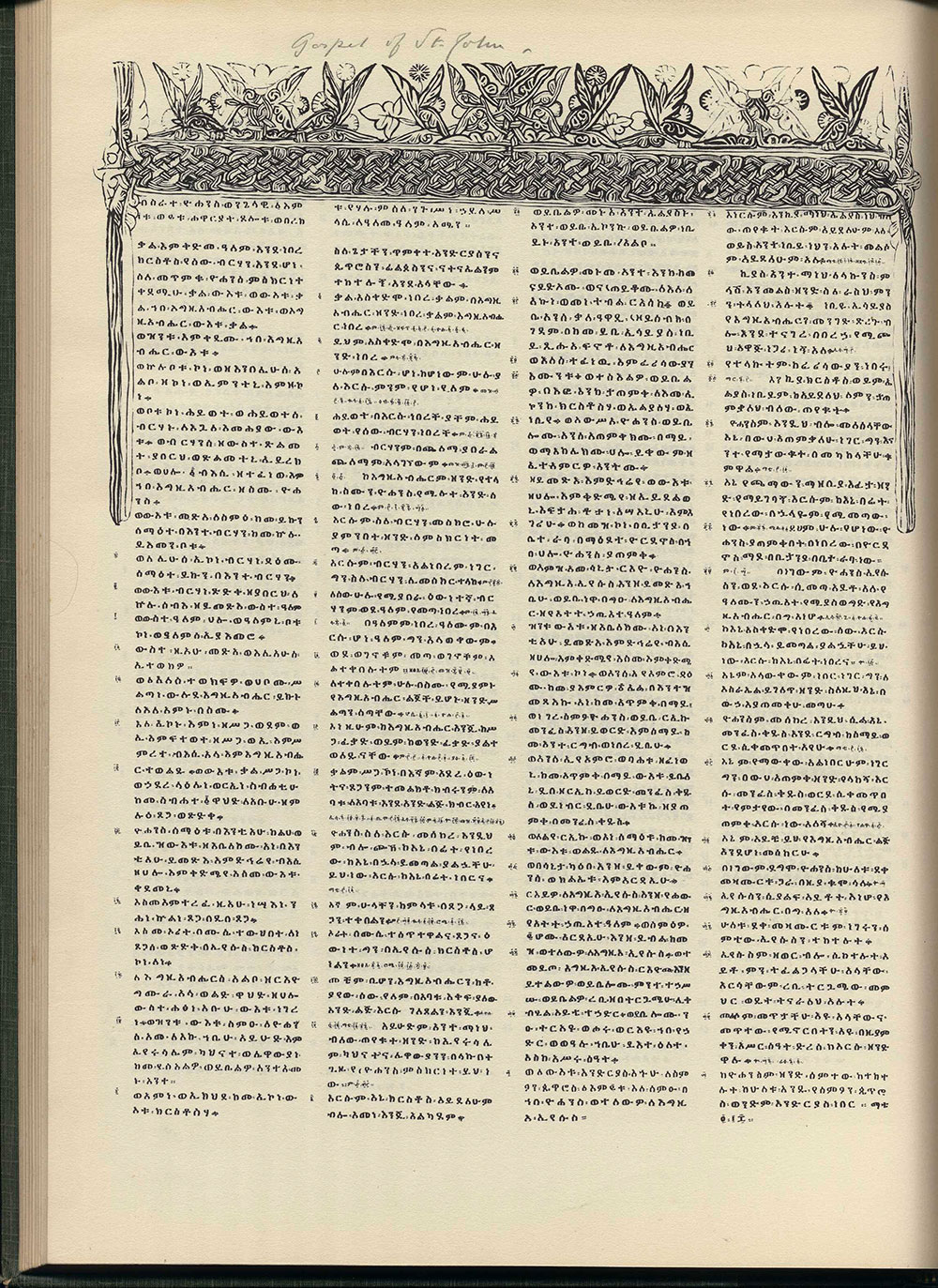 This version of the New Testament and Psalms in ancient Ethiopic (Ge’ez) also contains an Amharic translation made under the auspices of Haile Selassie I, Emperor of Ethiopia (1892-1975). Formerly owned by the British missionary Alfred Buxton (1891-1940), honorary secretary of the society for its production, this copy is one of an edition of 12 copies containing references to Haile Selassie at the beginning of the four Gospels and in the colophon. Written in Ethiopic character, each page contains four columns: the first and third in Ge’ez; the second and fourth in Amharic.

The Scriptures had been translated into Ge’ez from the Greek perhaps as early as the fourth century. In 1930s Ethiopia it would have still been utilised by priests in church services but not understood by the lay population - Ge’ez had been displaced by Amharic as the vernacular speech by about 1300. Haile Selassie strongly believed that a new translation into Amharic should be prepared by Ethiopians and printed in their own country.