Case 9 - Fine Binders and their Bindings 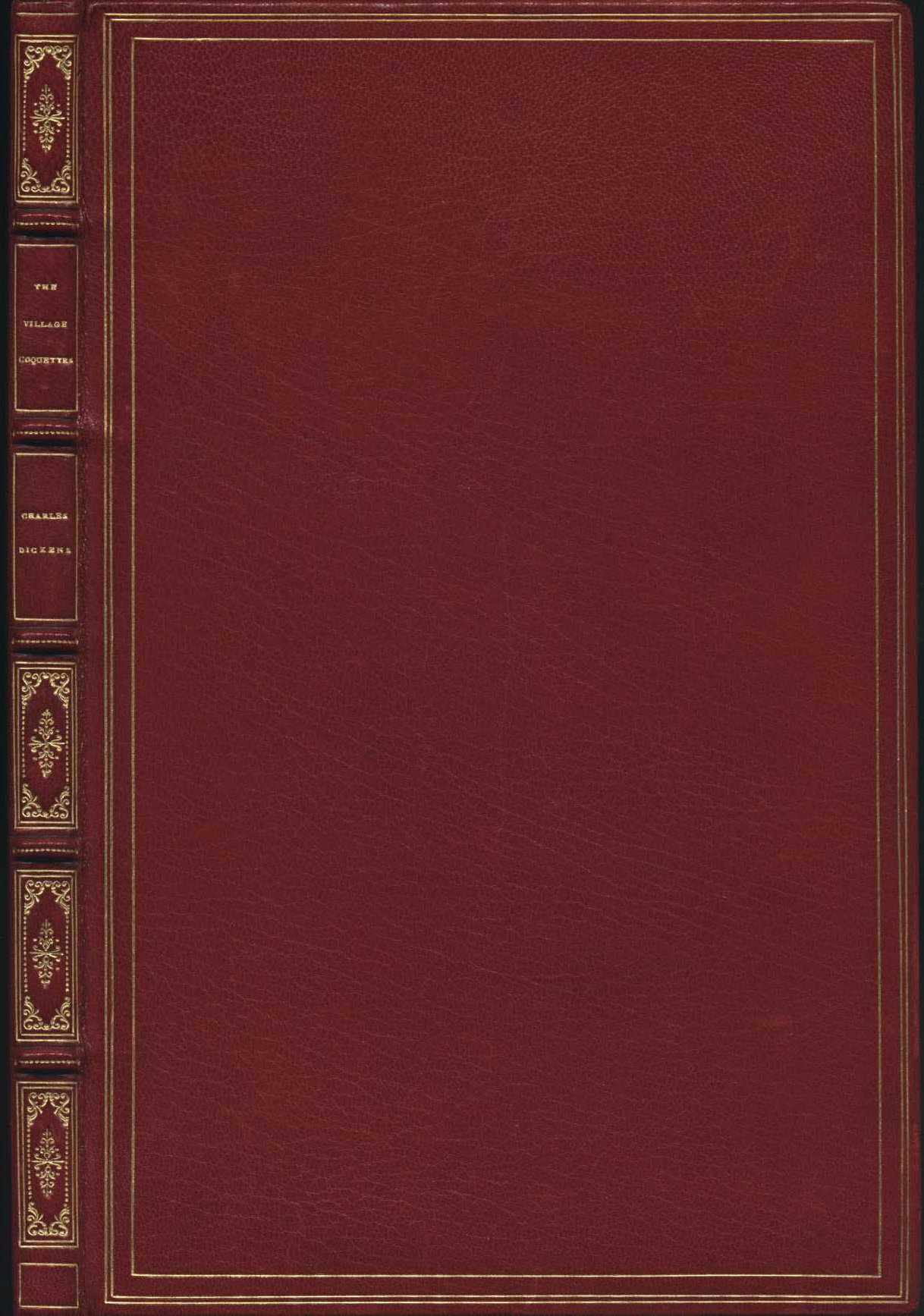 This first edition of The village coquettes has been bound by Sangorski & Sutcliffe in gold-tooled red morocco.

Sangorski & Sutcliffe is a celebrated London bookbinding firm founded in 1901 by Francis Sangorski (1875-1912) and George Sutcliffe (1878-1943). Renowned for their luxurious jewelled bindings, they were commissioned to create an elaborate binding for the Rubaiyat of Omar Khayyam, adorned with three golden peacocks with jewelled tails, surrounded by lavishly tooled and gilded vines. This copy was famously lost on the RMS Titanic in 1912, and, by strange coincidence, Sangorski died by accidental drowning soon afterwards. 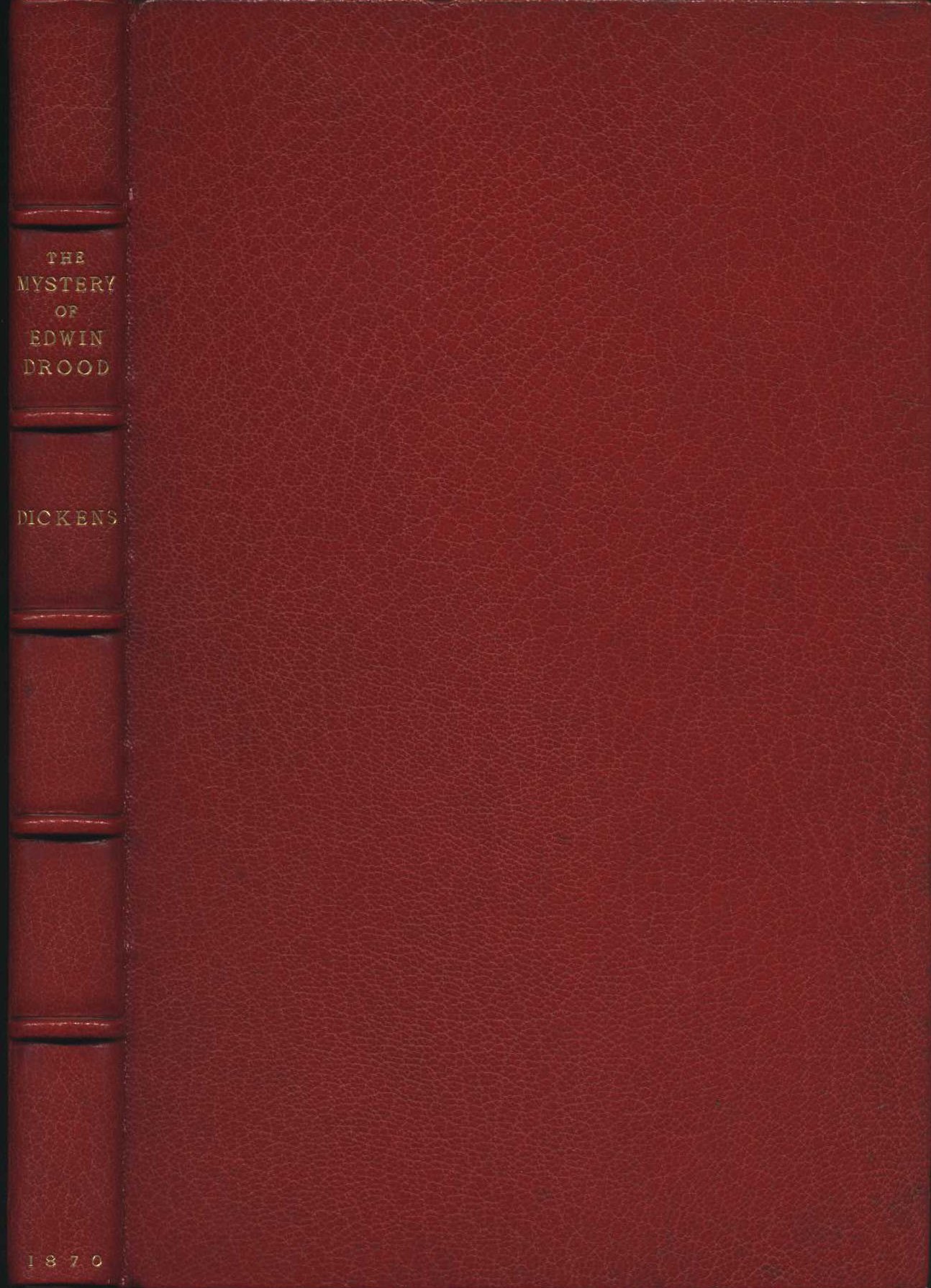 This first edition of The mystery of Edwin Drood has been bound from the monthly parts by Riviere & Son in full red morocco.

Robert Riviere (1808-1882) was a London bookbinder of French descent. His outstanding workmanship earned him many admirers and his clients included wealthy collectors and royals including Queen Victoria. His exhibits at the Great Exhibition of 1851 won him a medal, and he restored and bound the famous Domesday Book. Riviere bequeathed his business to the son of his second daughter, Percival Calkin, whom he had taken into partnership from 1880 as Riviere & Son. 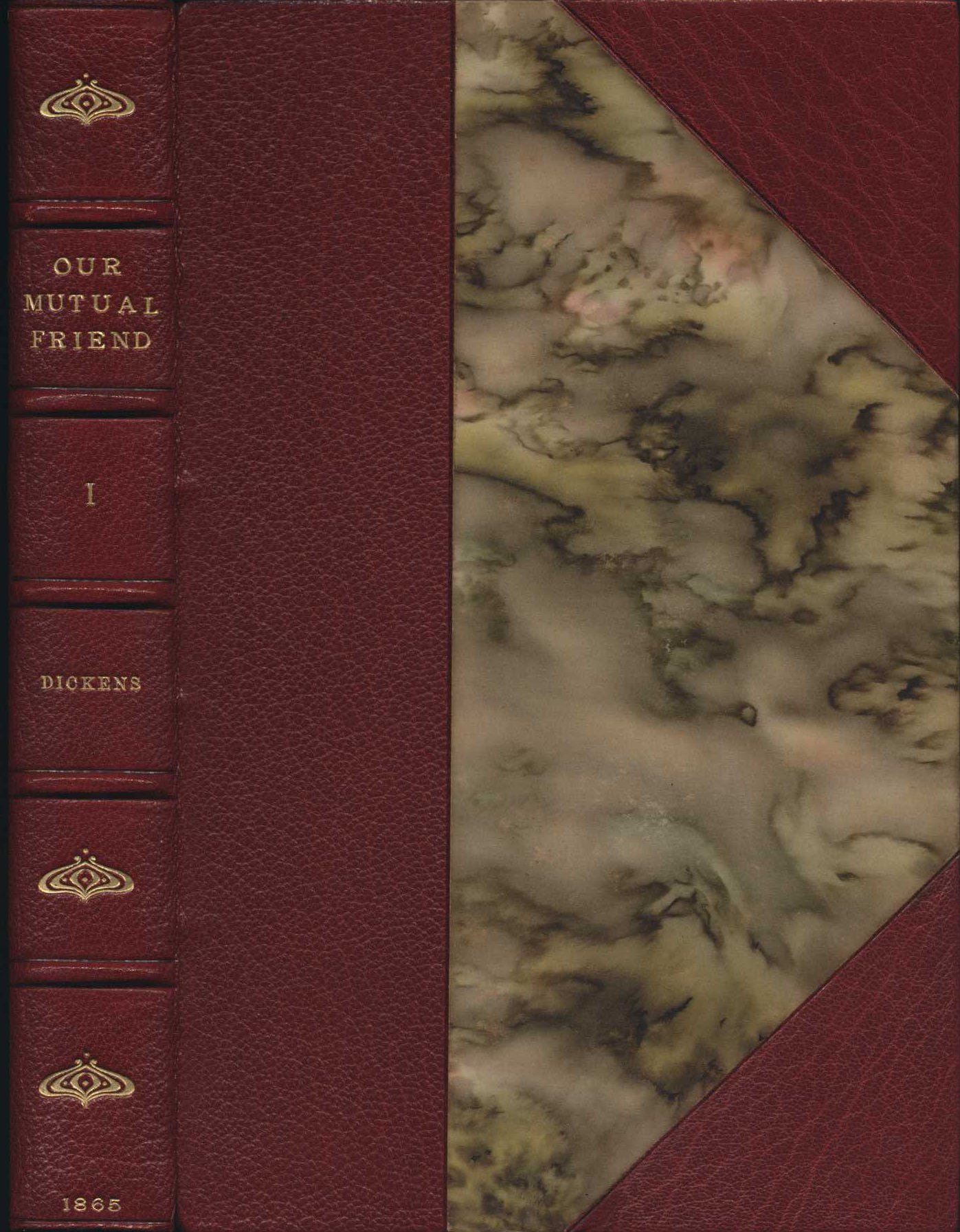 This first edition of Our mutual friend has been bound from the monthly parts by Zaehnsdorf in half red morocco with marbled paper over boards.

Born in Budapest, Joseph Zaehnsdorf (1816-1886) was apprenticed as a bookbinder in Stuttgart. He worked in Europe before moving to London in 1837, where he commenced his own business from 1844. Zaehnsdorf bindings were widely exhibited and sought after by collectors. His son and successor in business, Joseph William Zaehnsdorf (1853-1930) wrote The art of bookbinding: a practical treatise, first published in 1890.