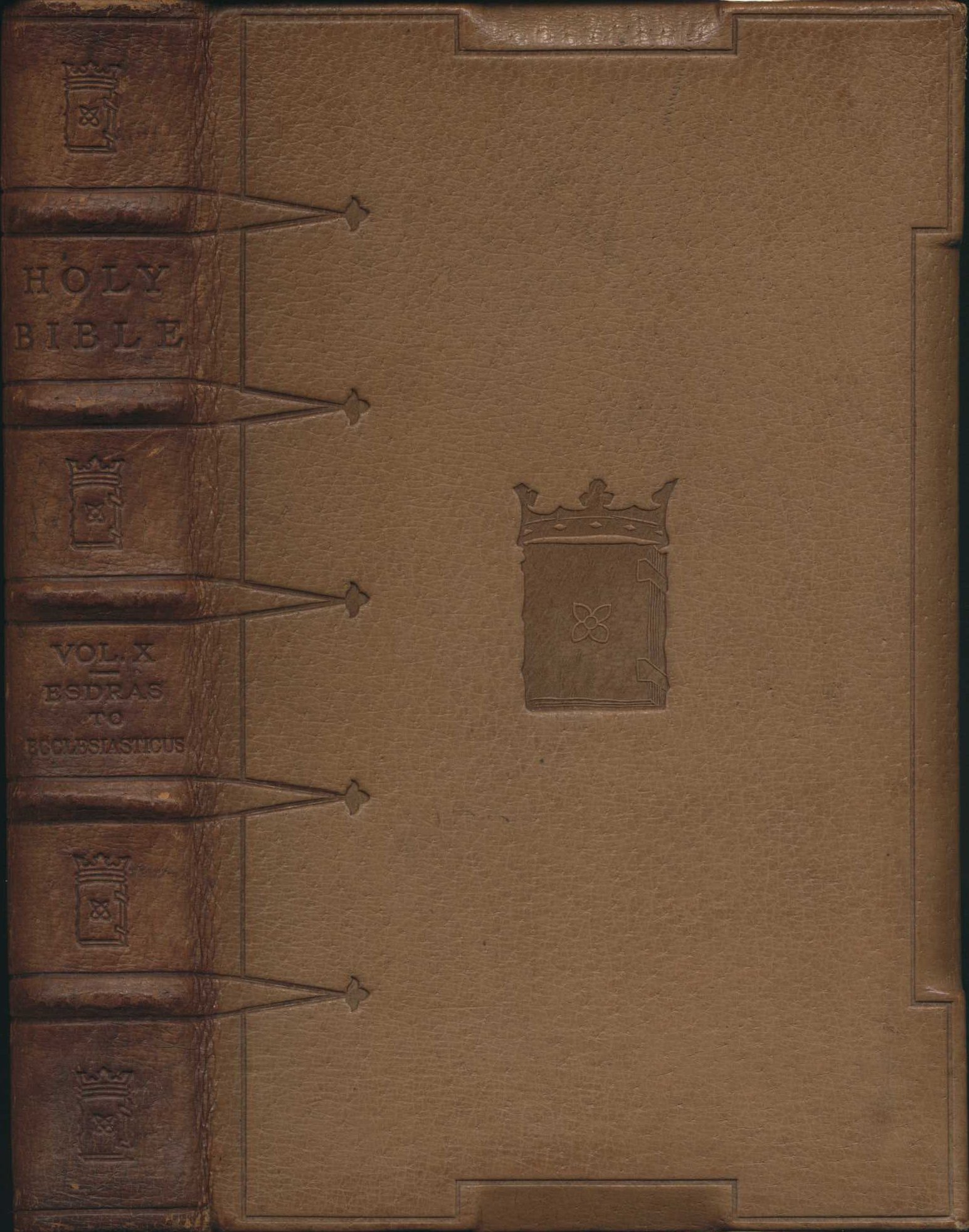 Pigskin is a distinctly grained leather, with a characteristic follicle pattern of three little dots in triangular groups. It is a strong, thick leather most suitable for covering thick, heavy boards and for blind-stamped decoration. During the handpress period, it was commonly used for bookbinding in Germany but extremely rare in England.

This deluxe edition of the King James Bible is bound in blind-stamped beige pigskin with the armorial device of the Grolier Society.

The Reed copy of Schöffer’s Vulgate Bible is bound in blind-stamped eighteenth century tawed pigskin. The leather has been treated with iron or chromium and alum salts which turn it white. For bookbinding purposes, tawed leather has a greater resistance to atmospheric deterioration than tanned leather, and was most commonly used in Germany during the fifteenth century.

The gilt armorial stamp at the centre of both boards is that of Johann Joseph Glätzl, a master builder and manager of monastic estates in Šternberk, Bohemia, between 1734 and 1757. 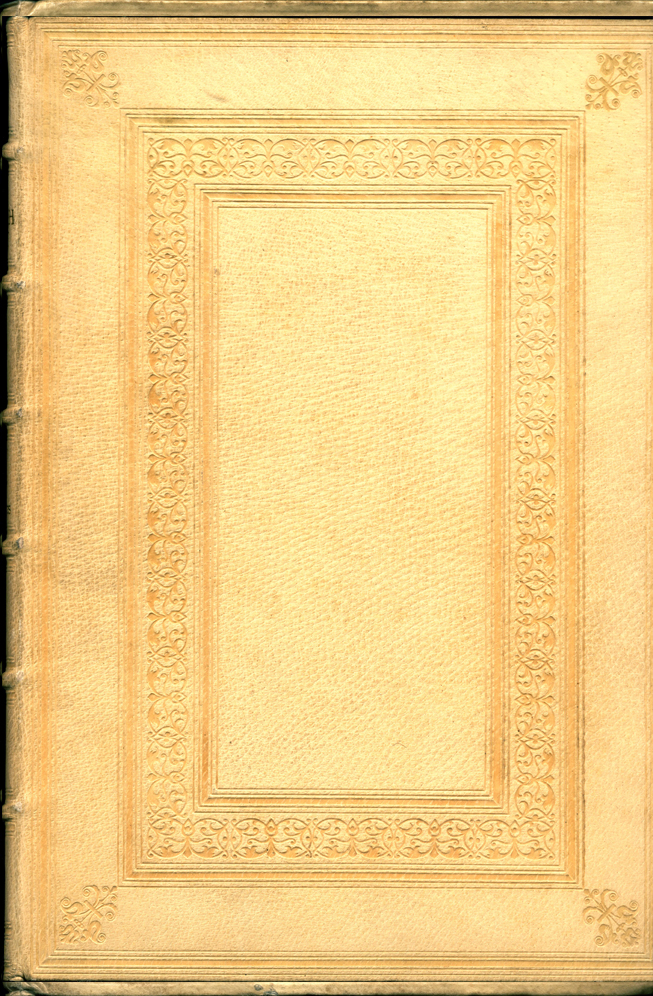 The Doves Press, one of the great early English private presses along with the Kelmscott and Ashendene presses, issued the Doves Bible from 1903 to 1905 in a run of 500 copies sold by subscription only.

The Reed Collection set has been bound by Riviere & Son in pigskin with blind fillets around the perimeters of both boards and an ornamental centre frame with rolls in blind. The Henderson arms have been blind-tooled on the lower spine, and each volume contains the armorial bookplate of J.A. Henderson.