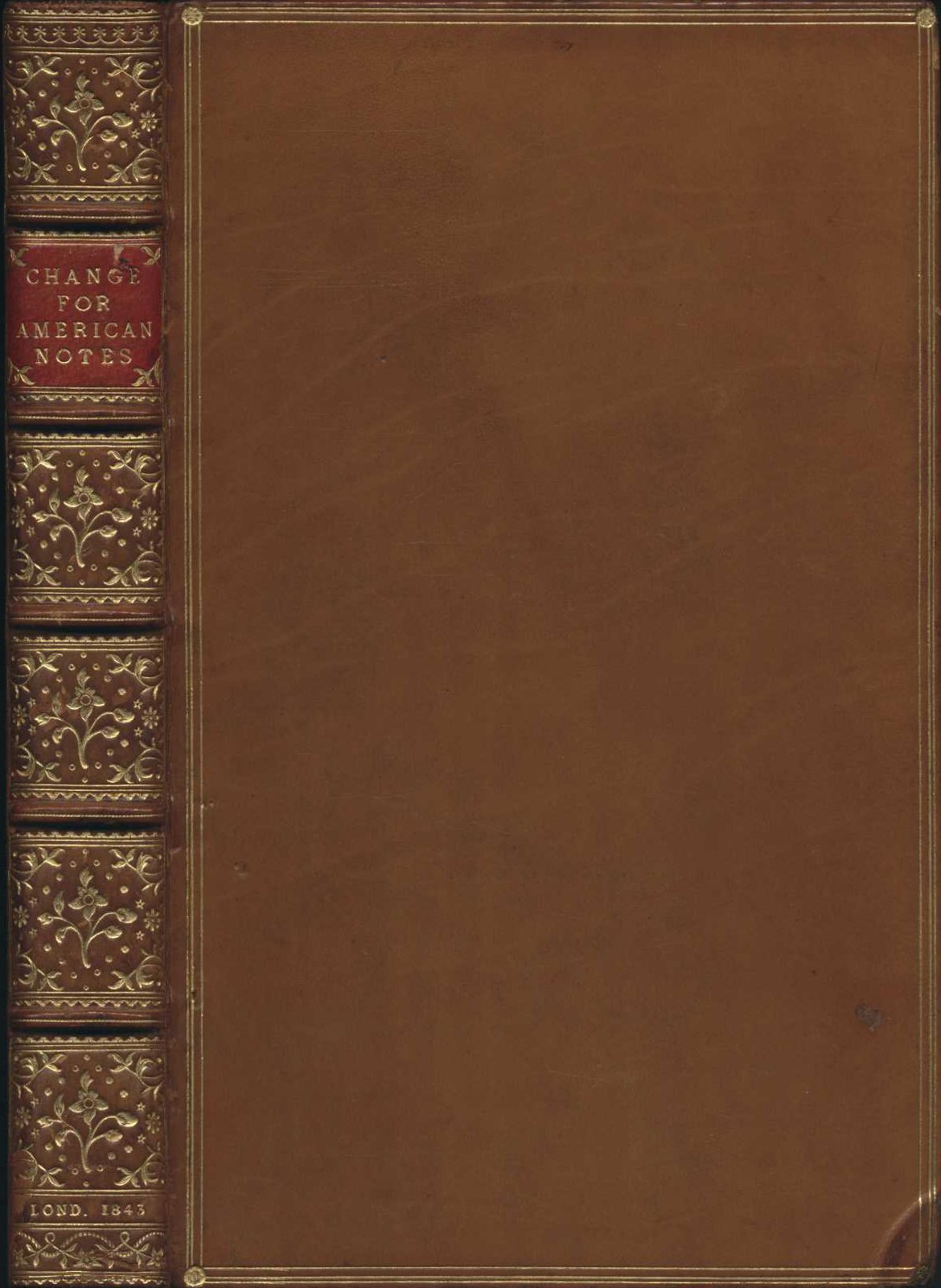 Calfskin, produced by tanning and dying the skins of young cows, was the commonest leather used in permanent bookbindings before 1800. It is generally a durable, fine-grained and aesthetically pleasing leather, easily impressed with decoration in blind or gold, and producing a nicely polished surface. It is most commonly dyed in a shade of brown.

This copy of a little-known book offering a critique of English customs in response to Dickens’ American notes has been bound by Riviere in full brown calf with triple gilt fillets around the perimeters of both boards and gold-tooled spine. 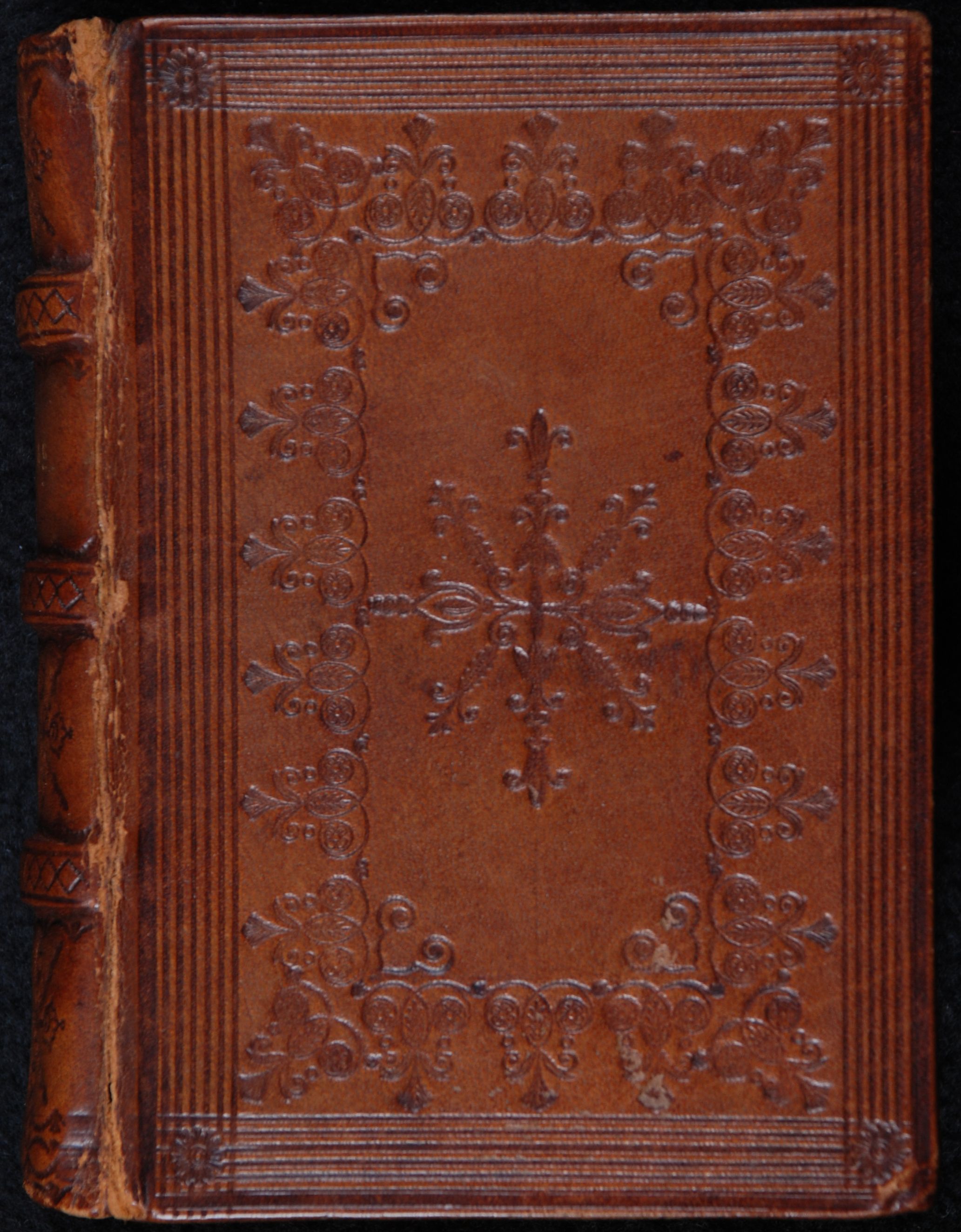 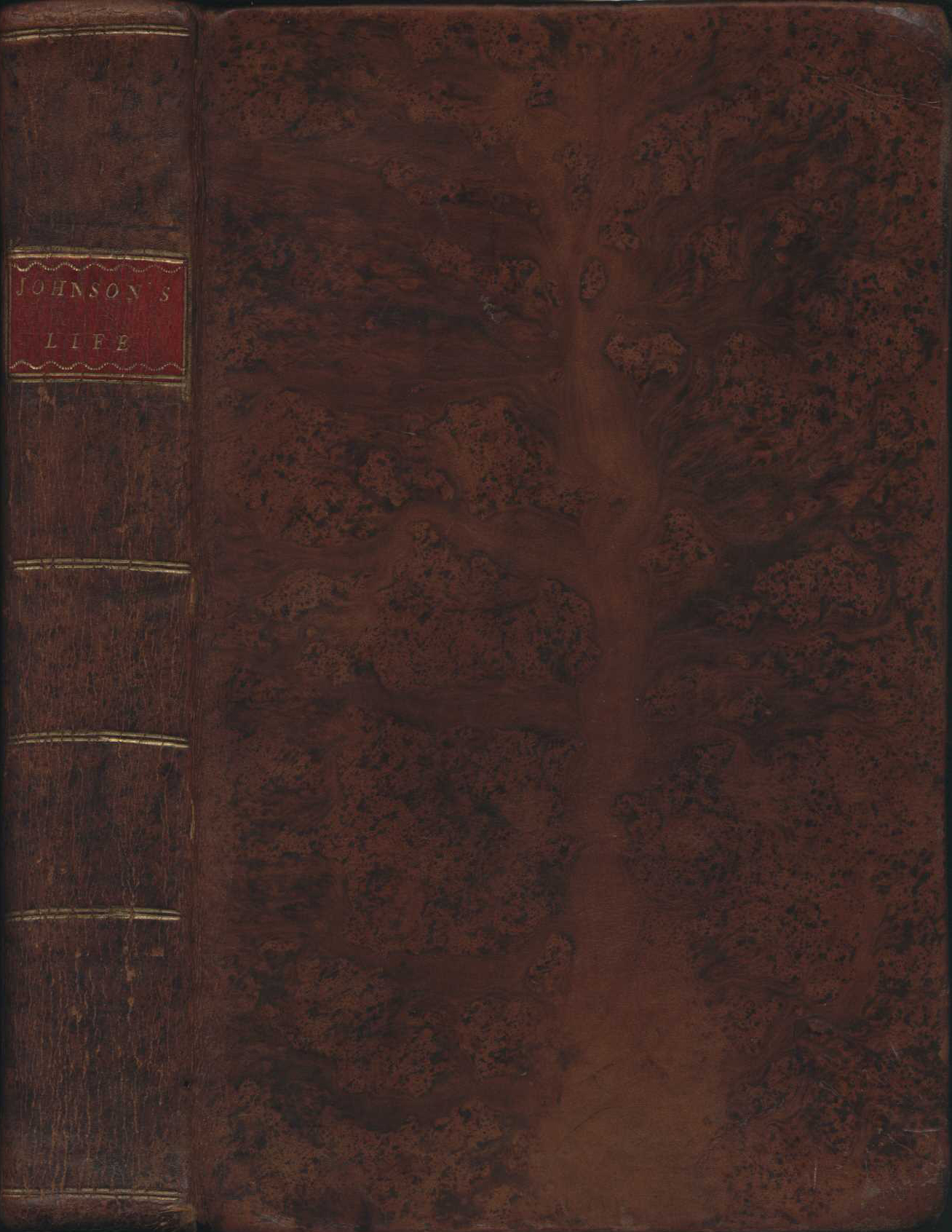 This Johnsonian volume has a contemporary brown ‘tree calf’ binding. This method of decorating the leather was in vogue from the late eighteenth to early nineteenth centuries. It involved a mixture of pigment and acid being run across the covers so that the staining achieves a tree-like effect. 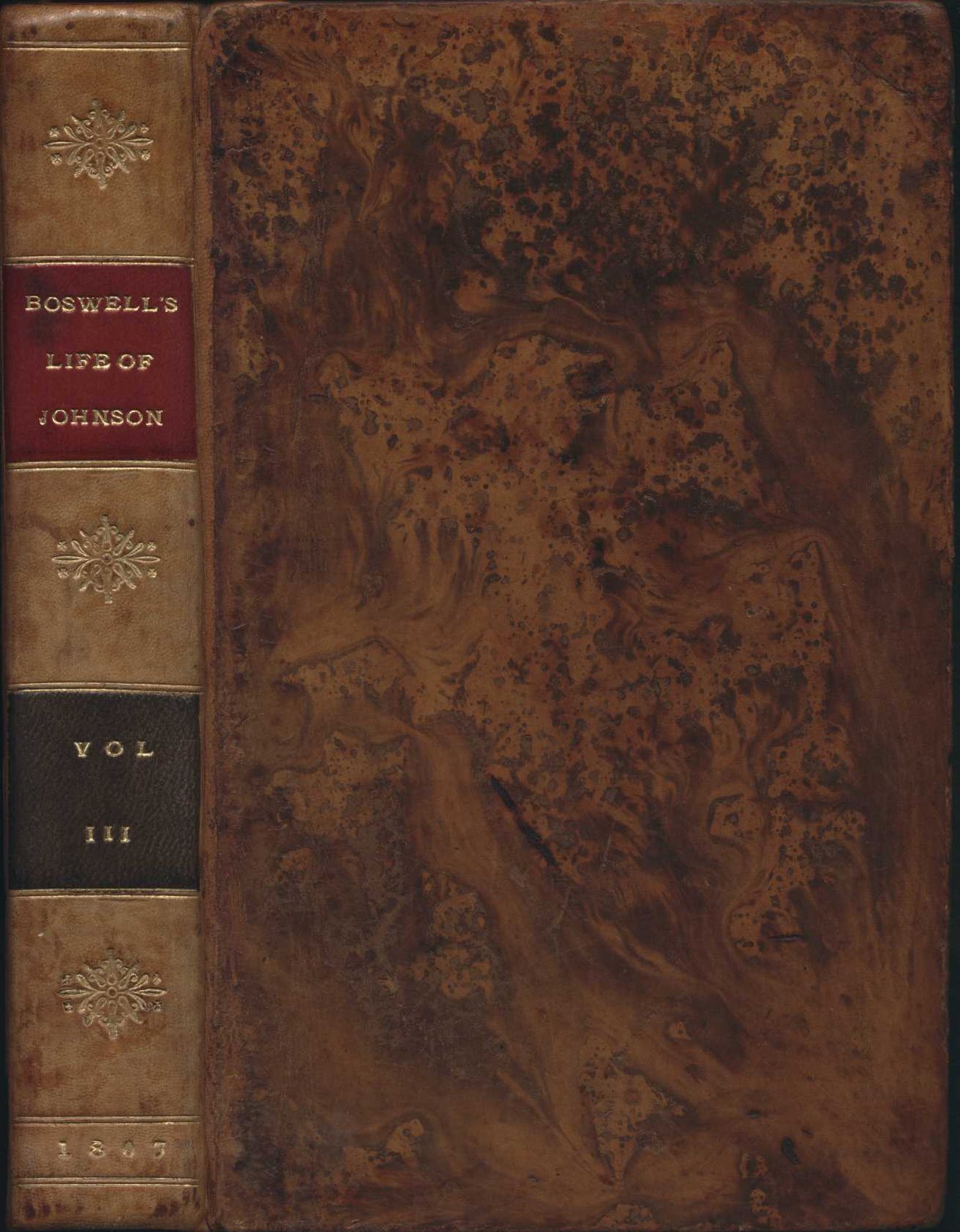 This 1807 edition of Boswell's Life of Johnson is bound in contemporary mottled calf. The calfskin binding has been given an irregular pattern by dabbing it with sponges dipped in diluted acid or coloured dyes. 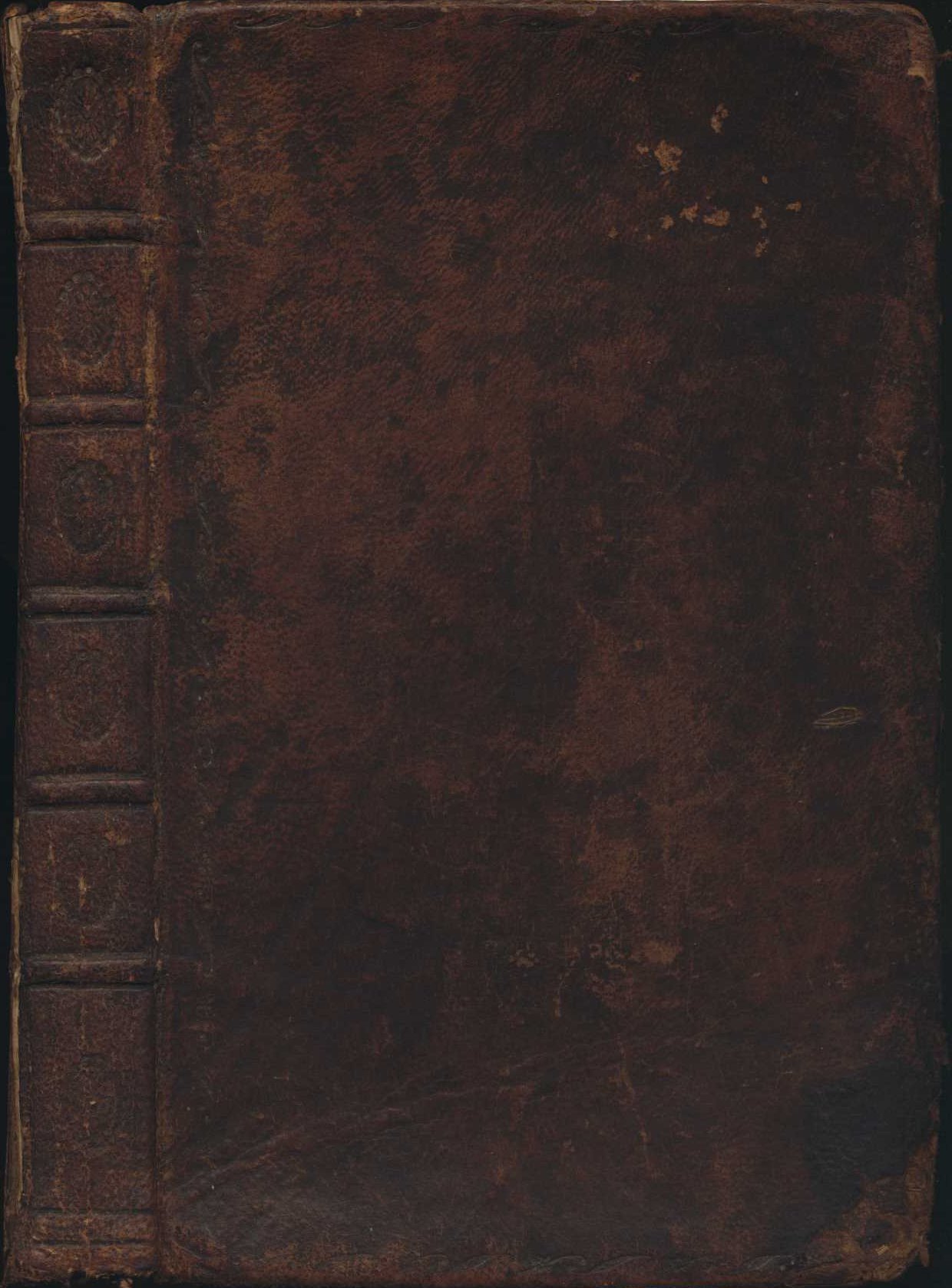 Tanned sheepskin was also used throughout the handpress period at the lower end of the market. Sheepskin produces a leather which is softer and more coarsely grained than calf. It is less suitable for impressed decoration, less hard wearing and more susceptible to damage and blemishes.

This volume is bound in contemporary dark brown sheepskin. A cheaper option than calf, sheep bindings such as this one were especially common for smaller format books, usually with minimal decoration.

The Psalms of David in metre. Glasgow: J. and M. Robertson, 1794.
Open image in new window