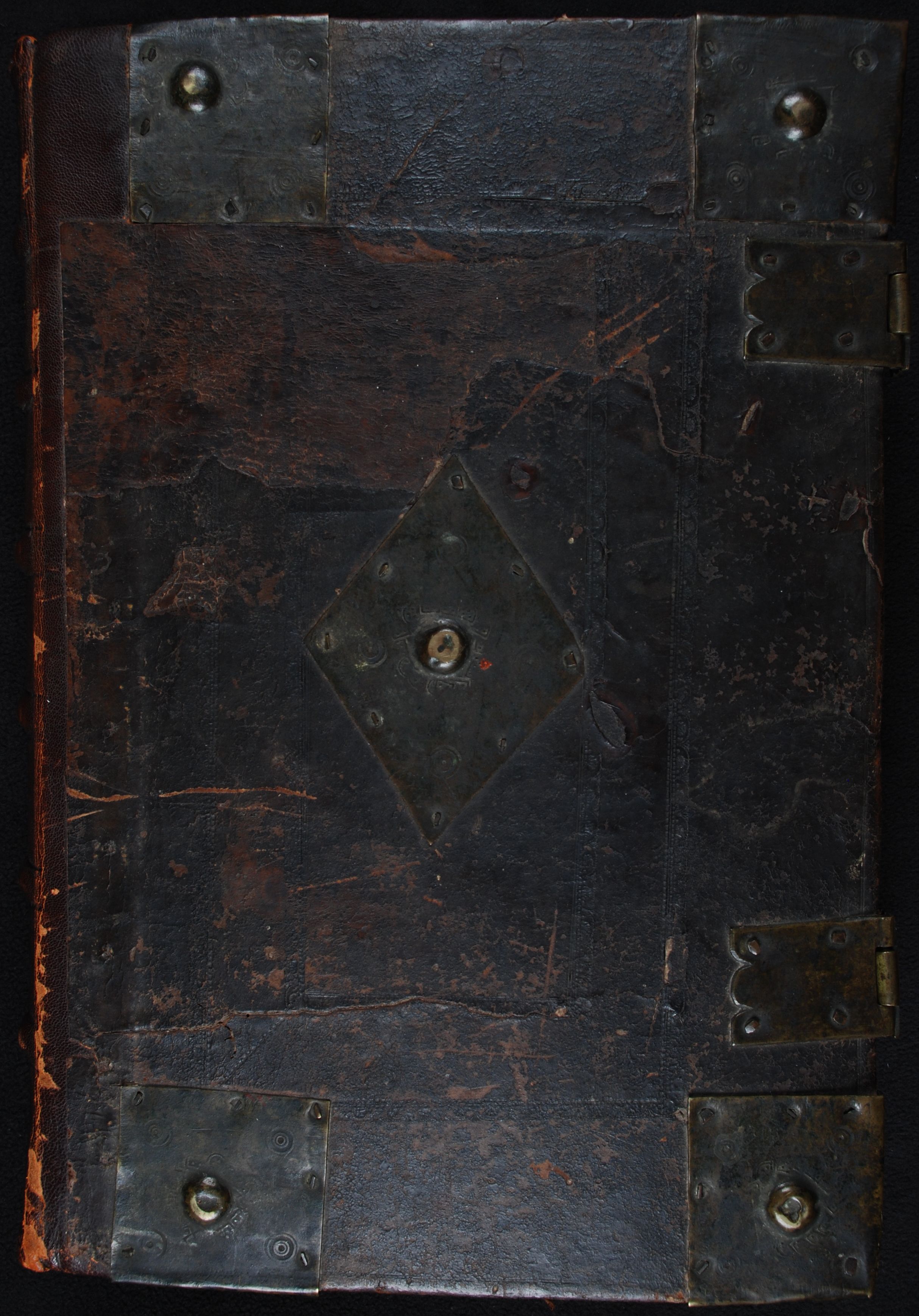 The Holy Bible conteyning the Old Testament and the New: newly translated out of the originall tongues … London: Robert Barker, 1613.

Medieval manuscripts were typically written on vellum, which has a tendency to cockle and warp. Medieval binders thus utilised clasps to hold books forcibly shut. This practice continued into the era of books printed on paper.

From the late fifteenth century, binders utilised a pair of metal clasps, usually brass, riveted across the fore-edge. Like binder’s tools, clasps were made by professional metalworkers. Clasps became less common in line with the shift from wooden boards to pasteboard, but continued to be used as a genuinely functional feature into the seventeenth century. Often, clasps have not survived undamaged.

This copy of the ‘Great She’ Bible, the second edition of the King James Bible, is bound in seventeenth century darkened calf. It has been decorated with blind fillets around the perimeters of both boards; a centre panel stamped in blind; brass bosses at the corners and centre, and intact brass clasps.

The Holy Bible conteyning the Old Testament and the New: newly translated out of the originall tongues … London: Robert Barker, 1613.
Open image in new window