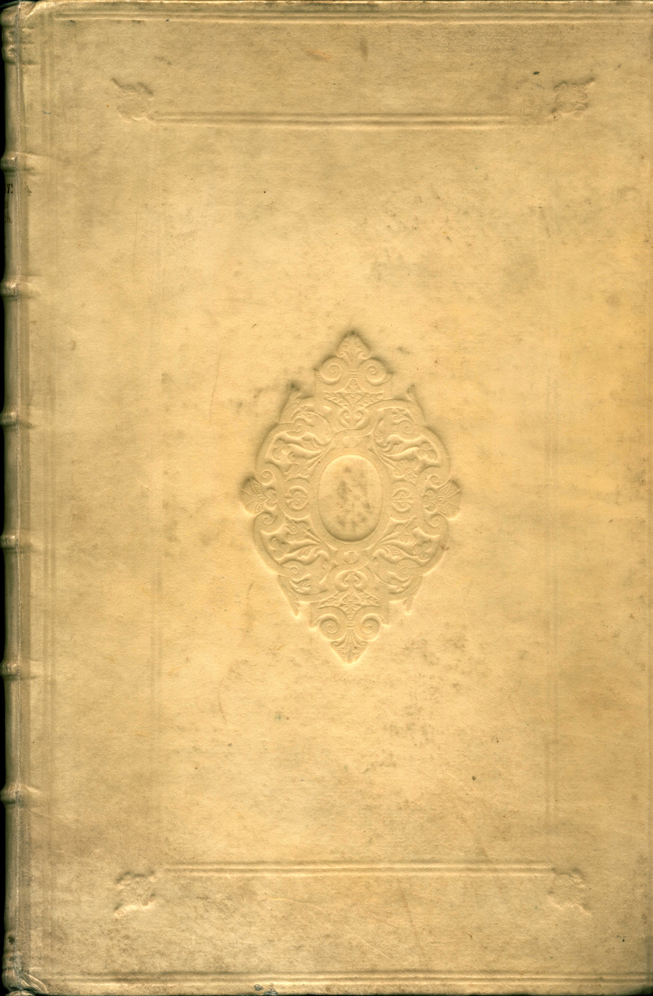 Vellum is not leather, but is made by soaking, dehairing and drying calfskin under tension without subjecting it to any chemical tanning process. The result is a hard, shiny, off-white material, which may (or may not) have a strong surface grain or texture. Vellum is the common material on which illuminated medieval manuscripts were written.

This 1550 edition of the New Testament in Greek is bound in sixteenth century vellum with blind fillets around the perimeters of both boards and an arabesque centre stamp within frame and rolls. 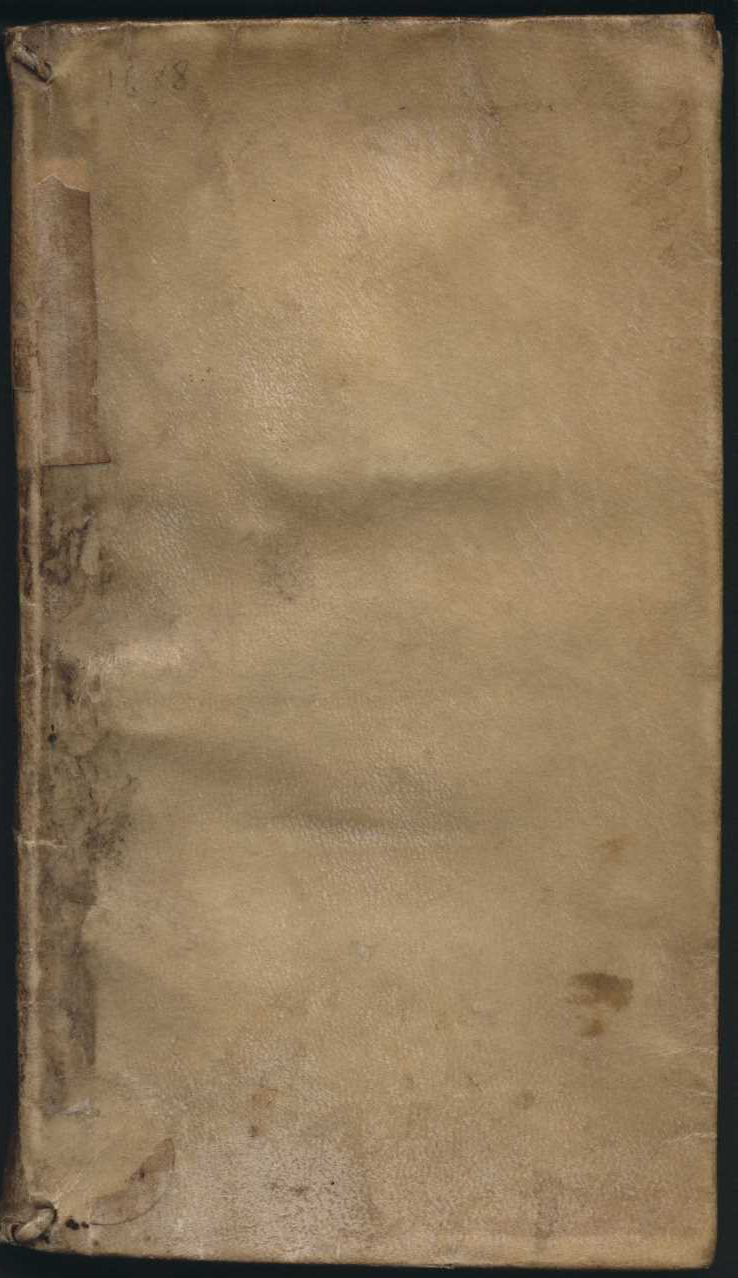 This small psalter is bound in plain seventeenth century vellum. Undecorated vellum was commonly used for cheaper bindings throughout Europe in the sixteenth and seventeenth centuries. Sometimes they were panelled with gilt. 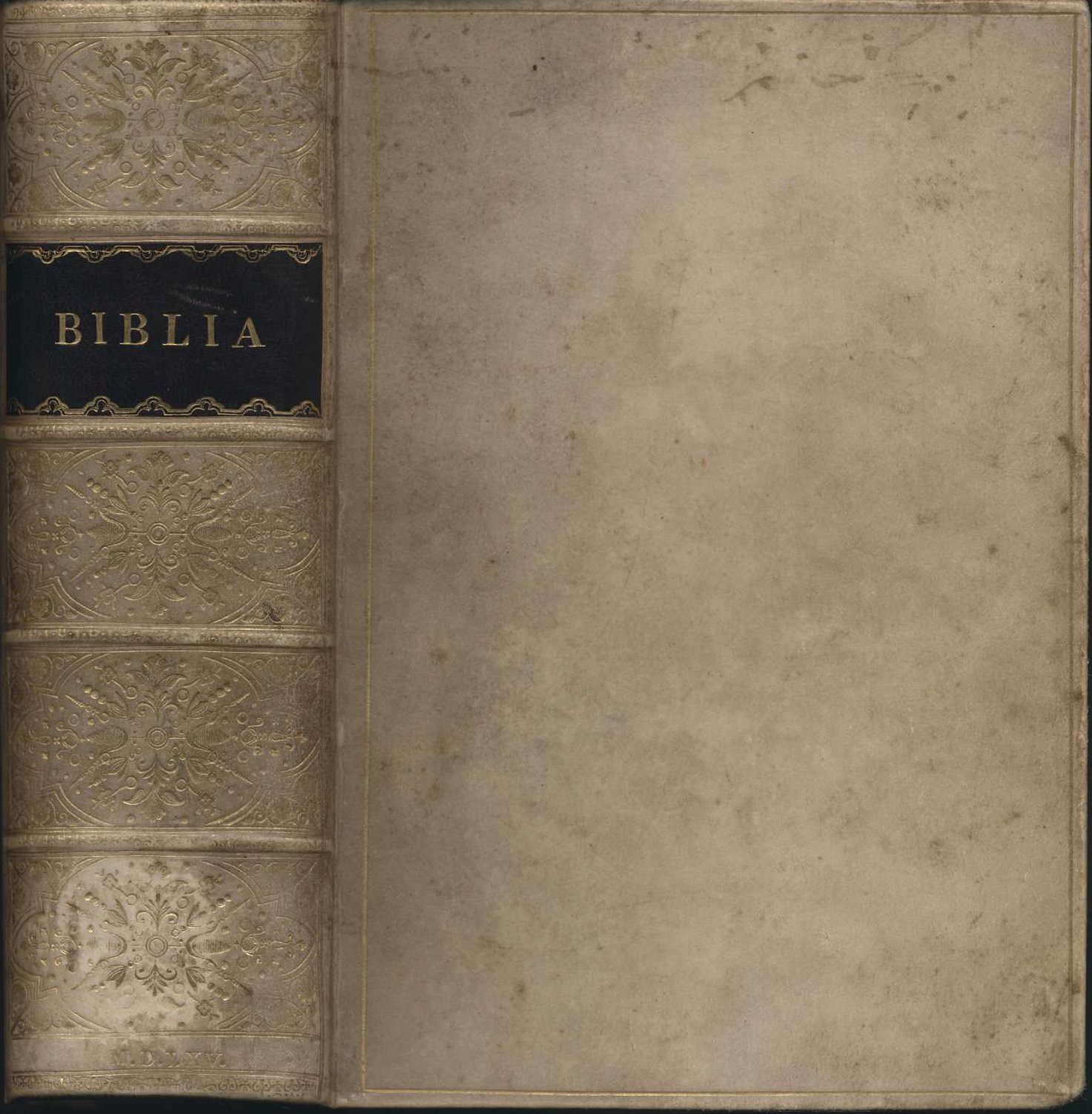 This Latin Bible is of similar age to the adjacent Greek New Testament but has been bound much later, in nineteenth century faux-vellum. Variously known as art vellum or mock-vellum, faux-vellum is a cheaper alternative made of strong thick paper and whose surface simulates animal parchment. Less likely to warp and curl than the natural skin, it had a certain vogue in the late nineteenth century.