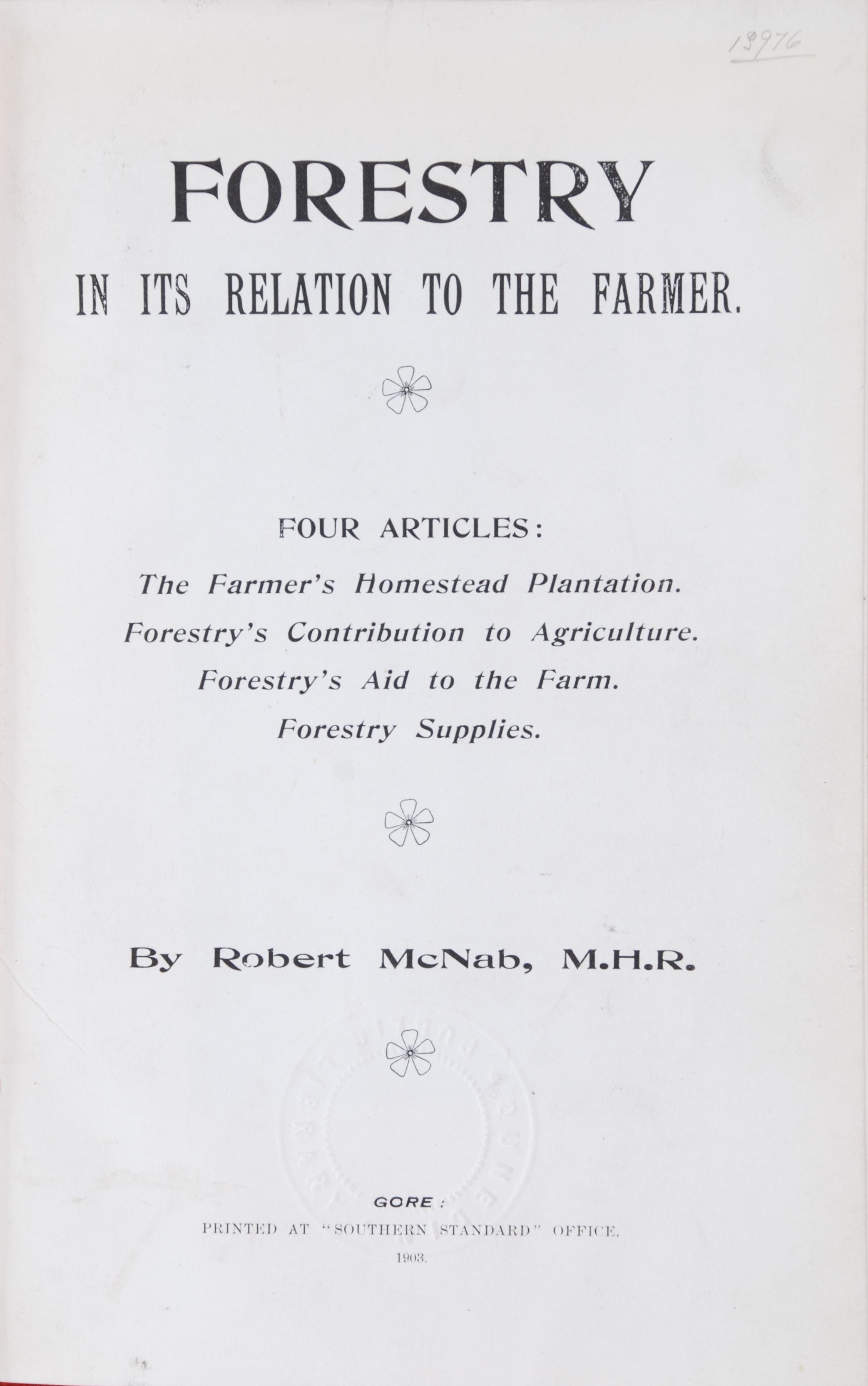 Robert McNab. Forestry in its Relation to the Farmer. Gore: Printed at Southern Standard office, 1903.

As a farmer on the family homestead block at Knapdale in the upper Mataura River valley in the 1890s, Robert was very much a progressive. An advocate of scientific methods of farming, he was a pioneer of farm forestry. He was interested in new sheep and cattle breeds, and he introduced the first farm tractor to the area.

One of his earliest works, this pamphlet embodies his own practical experience and reading, outlining the benefits of careful planting and use of trees. Robert was strongly attached to the family property at Knapdale and although away for long periods, kept it for his entire life.

Robert McNab. Forestry in its Relation to the Farmer. Gore: Printed at Southern Standard office, 1903.
Open image in new window 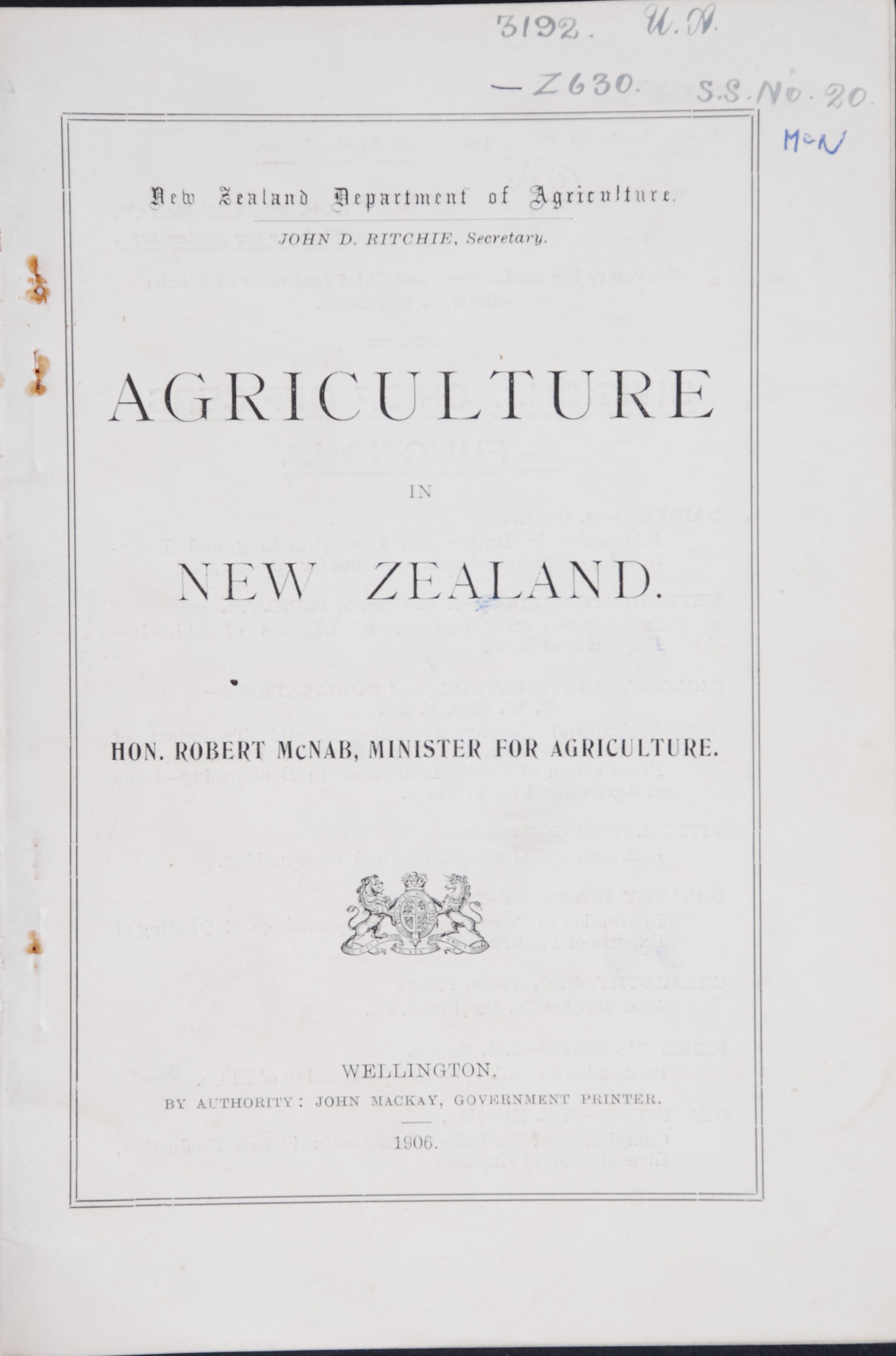 During his political career Robert held various ministries, the most important perhaps being Lands and Agriculture, which he held from 1906 to 1908. He introduced a tax on dairy farms, as well as the mandatory inspection of milking sheds, with the aim of improving the quality of butter and cream – unpopular measures which contributed to his defeat in 1908.

This first edition of the pamphlet Agriculture inNew Zealand provides a comprehensive overview of New Zealand's status as 'essentially an agricultural country, with peculiar advantages for the raising of stock.' It describes New Zealand's climate, soil, production, exports, rural industries, and outlines the chief characteristics of the provinces from an agricultural perspective. 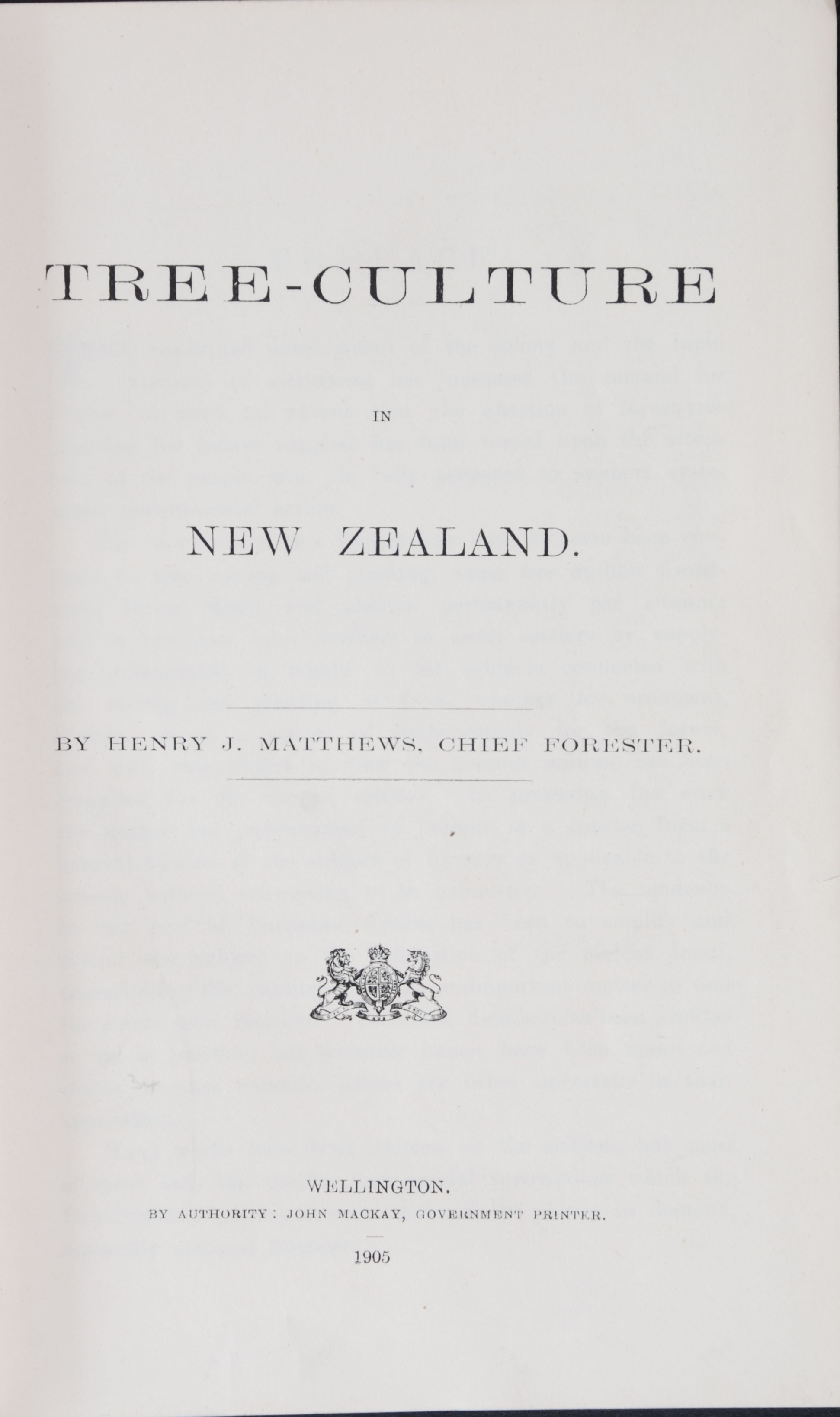 This government publication from Robert's collection reflects his own keen interest in farm forestry. It focuses on the planting of forest-trees chiefly for purposes of shelter and to satisfy the ever-increasing demand for timber in a growing colony. It is a practical guide containing simple instructions to assist settlers in the planting and raising of trees. Despite the kahikatea depicted on the frontispiece, the focus is chiefly on the planting of exotic species such as eucalyptus, pine and macrocarpa. 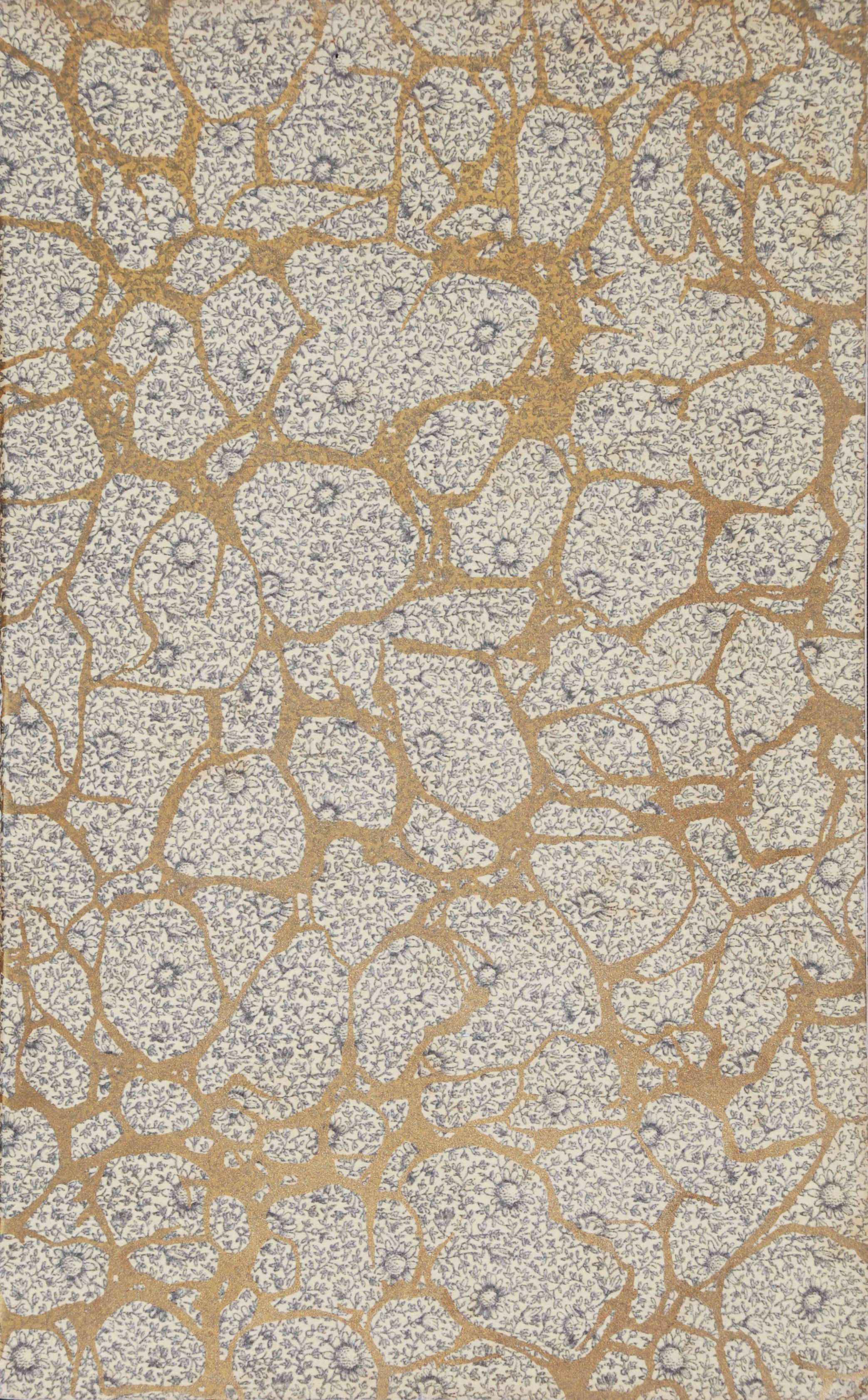 Published during Robert's tenure as Minister for Agriculture, this practical and accessible handbook contains instructions for the preservation of various fruits in bottles 'for domestic use or for small local markets.' An emphasis on practical assistance for rural settlers is a recurrent theme among the agricultural works collected by Robert McNab, reflecting both his personal interest and his public service ethos.

McNab's copy is bound in leather with marbled endpapers by Whitcombe & Tombs Ltd. of Wellington.