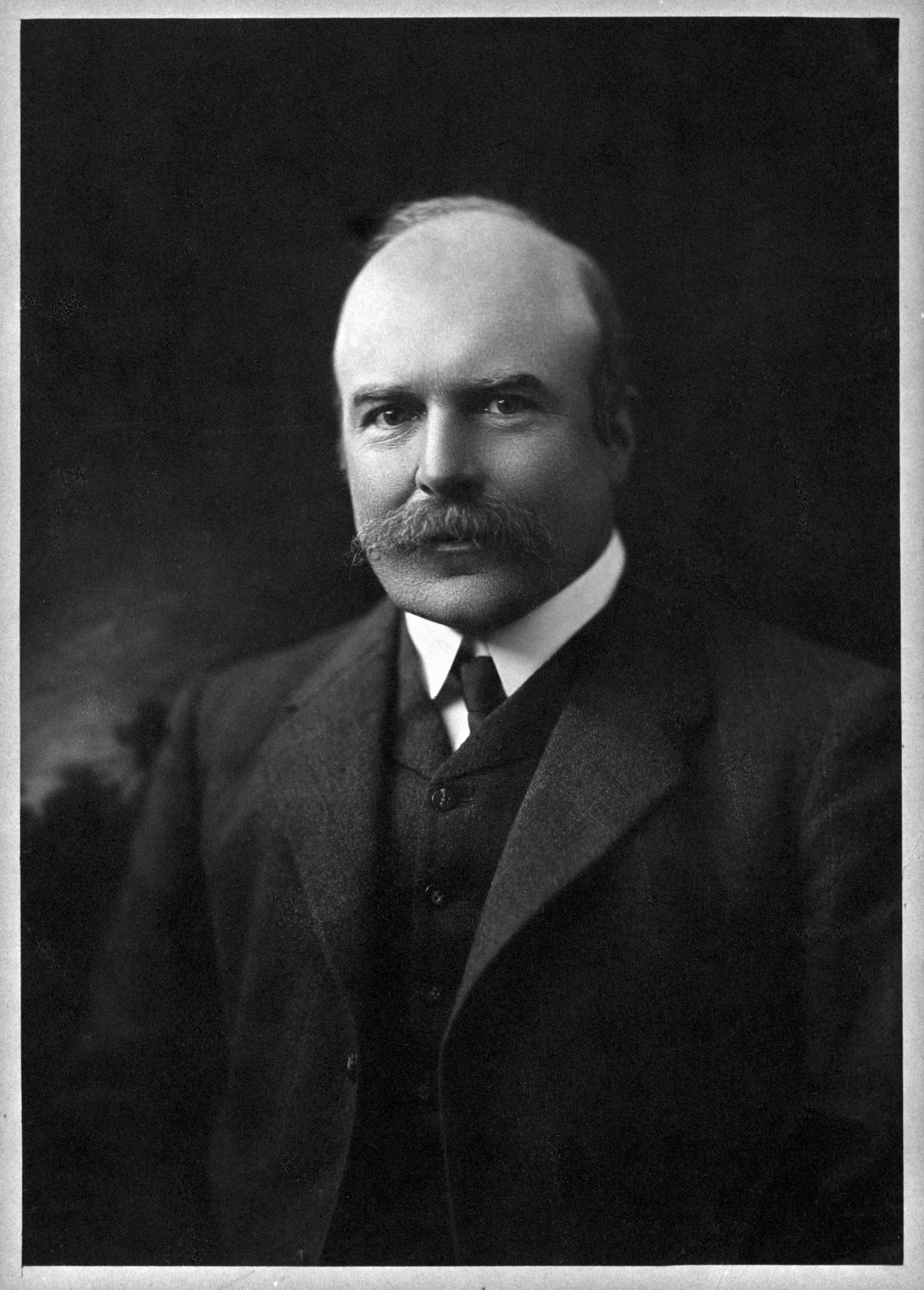 “Robert McNab was a tall, thick-set man, shy and reserved, whose commitment to public service was evident early in his career. He … was a capable speaker and debater, but lacked the skills of the popular orator. His political career was marked by a concern for the right rather than the expedient or the popular, and by diligent application. His contemporaries concurred on his caution, fair-mindedness, competence as an administrator, appetite for hard work and mastery of detail – and his lack of personal magnetism and leadership.” 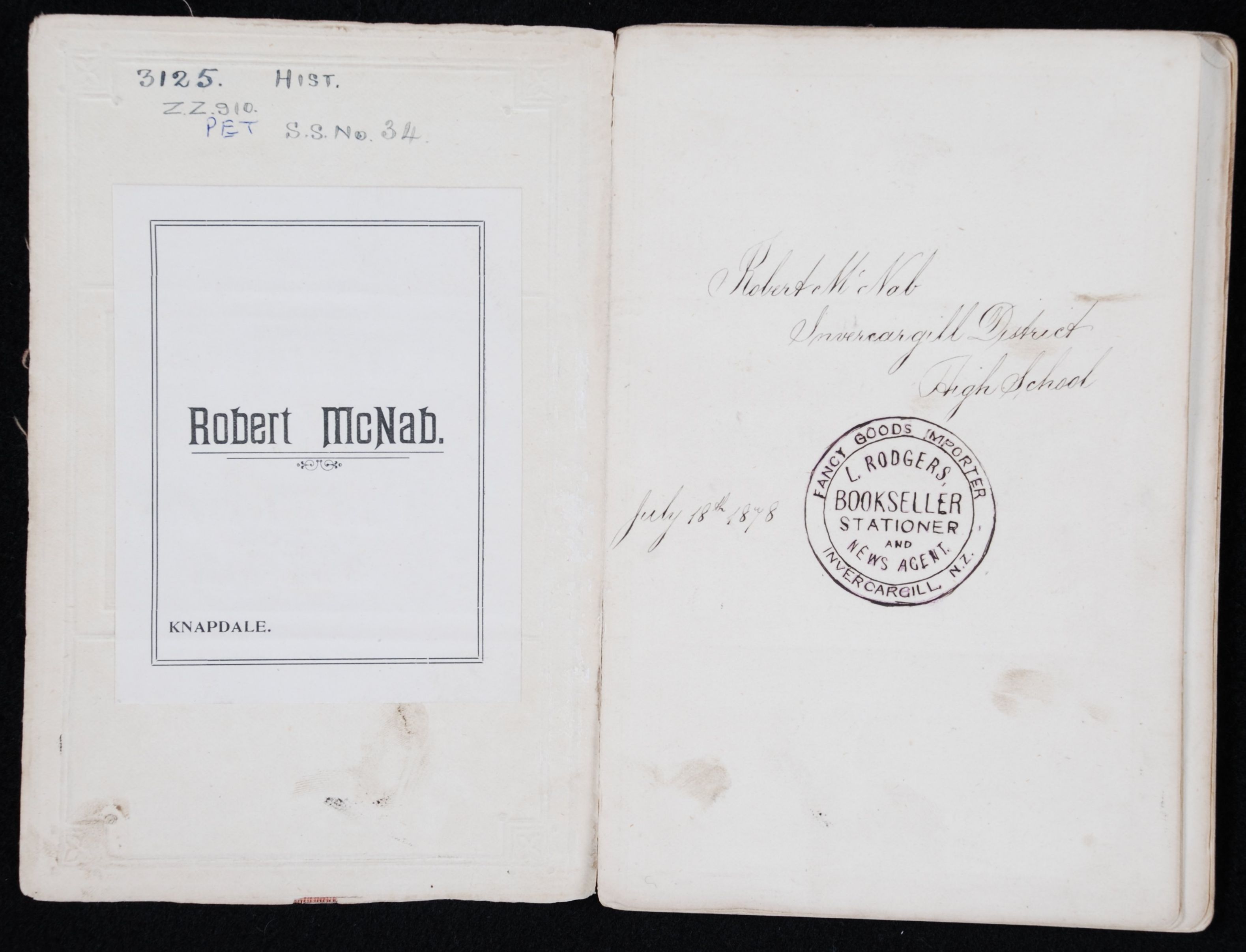 Robert demonstrated intellectual ability from an early age and was dux of Invercargill District High School in 1879. He matriculated at the University of Otago in 1880 at age 15. He then graduated with a BA and the Senior Mathematical Scholarship for New Zealand in 1883, with an MA (Honours) in Mathematics and Mathematical Physics in 1885, and LLB in 1891.

Born in 1864, Robert McNab was the eldest child of Alexander McNab, runholder of Knapdale near Gore, and his wife Janet. Alexander McNab had come from Scotland via Australia in 1855, and subsequently served as a member of the Otago and Southland provincial councils. Robert was the first of six children but his five siblings – four brothers and one sister – died of a cholera-type illness in 1871. Of five more children born before Janet died in 1876, four, all boys, survived into adulthood.

Affixed to the front endpapers of this book are the book label of Alexander McNab, the personal bookplate of Robert McNab, and the bookplate commemorating his December 1913 gift to Dunedin Public Library.