Case 11 - Voyages in the South Seas 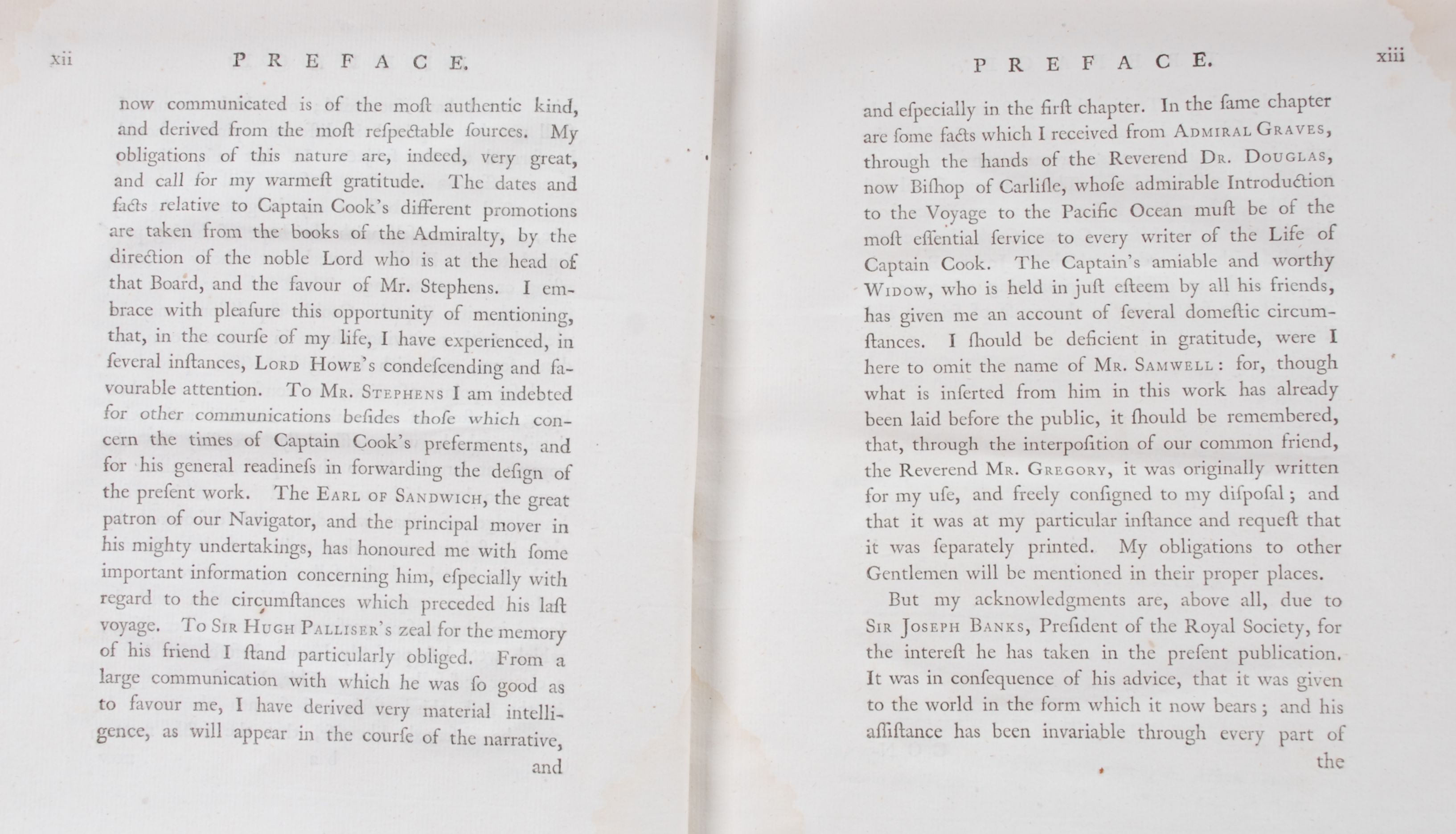 Andrew Kippis (1725–95) was minister to a Presbyterian congregation in Westminster from 1753 until his death in 1795. He was a prolific writer for magazines such as the Gentleman's Magazine and the Monthly Review.  Kippis also produced several biographies and was regarded by some as the leading biographer of his day; he even advised James Boswell (1740–95) of the difficulties involved in writing biographies.

Kippis was the first to write a full biography of Captain James Cook (1728–79). He included Cook's early life, as well as details of his three voyages (1768–71, 1772–75, 1776–79). Kippis made use of the official accounts of the voyages and was given assistance by Lord Howe, the Earl of Sandwich (both 1st Lords of the Admiralty), Sir Joseph Banks and Cook's widow, Elizabeth, amongst others.  Kippis was honoured by being made fellow of the Society of Antiquaries in 1778 and of the Royal Society in 1779.

Here is Robert McNab's copy of the first edition of Kippis's biography of Cook.